BONUS: Want free weekly workouts and access to 500+ PDF Downloads?
**This article is by SHJ Team Member Zak, AKA STARK** 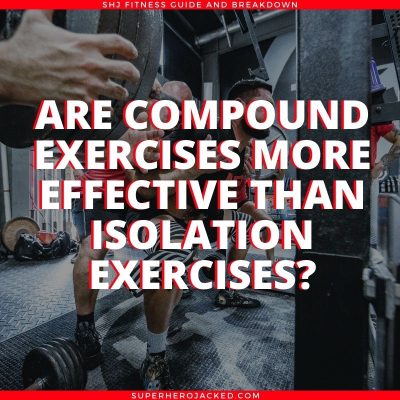 The other day my friend came over and while sipping on our tea and biscuits (yeah very British I know)… he asked me:

“What’s the point of me doing isolation exercises when I can just do compound exercises?”

That’s when the biscuit munching increased and discussion heated up between us. I wasn’t going to let him get away with what he said especially since I enjoy isolation exercises more. But then we decided it’s best to take emotion out of it and just settle the case with science why don’t we?

So let’s get into it…

What Are Compound Exercises?

Instead of me trying to be clever and come up with my own definition, here’s a short and simple one from HealthLine:

It’s important to note that compound exercises can be done with and without weights. A lot of people automatically think of “The Big Four” Compound Movements (Dead, Squat, OHP and Bench, as listed above) and leave it at that, but there’s actually A LOT more exercises that fall into the compound category.

People utilizing calisthenics will almost certainly be using compound movements (whether they do it purposely or not, the “main” movements are generally compounds) and will get the benefit of them – but you’ll still likely see them adding in their isolation work as well (think about ab isolation, for example).

That being said, it doesn’t end there.

Compounds can even be as unique as an exercise many people often don’t realize: jumping rope.

This is something that’s promoted heavily. The SHJ Superhuman System uses a jump rope as one of the primary (and one of the only) pieces of necessary equipment, and we even hold 30 Day Jump Rope Challenges in our Private Community (Academy and Superhuman System).

You can check out the favorite jump rope options, ranging from beginner to advanced, and even a ropeless option here.

In fact, I used to jump rope like 20-30 minutes back in the day when I was obsessed about being the next Muhammad Ali. 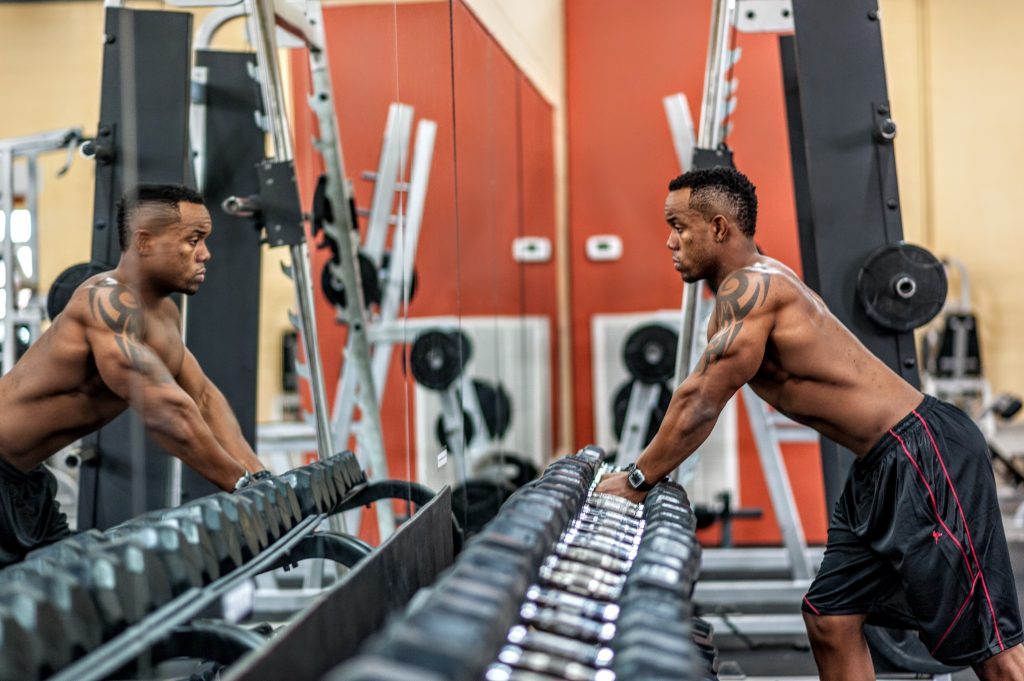 What Are Isolation Exercises?

Again let’s use HealthLine to define isolation exercises for us:

Those work a single muscle group at a time. A traditional bicep curl is an isolation exercise meant to strengthen the biceps, for example.

Examples of isolation exercises include:

So it’s exactly the opposite of our compounds.

Isolation exercises are more focused on one particular muscle part. It gives attention to strengthening one core part that you may feel is relatively weaker than the rest of your body parts.

Now that we understand precisely what compound and isolation exercises are, let’s get closer to settling the heated debate me and my friend were having by highlighting the benefits of each.

The sooner we can get this discussion settled, the less tea and biscuits we’ll consume. AKA less calories.

So here we go.

According to a NuffieldHealth Isolation Exercises have several benefits:

So we can say that isolation exercises are actually very important especially if you want to improve your performance in specific areas where you’re behind on.

Or if you practice certain sports let’s say boxing then you may end up doing some isolation exercises on the muscles that help you through stronger and faster punches (i.e. triceps)

Or you’re suffering from an injury or muscle imbalance and need to strengthen the inner thighs, for example, then isolation movements are the way to fix that.

With the use of HealthLine again and other boring research studies I had to go through (that I don’t want to bore you with), we get the following benefits of compound exercises:

Now my friend’s argument was that he only did compound exercises because it saves him time since he goes to the gym 3-5 times a week. 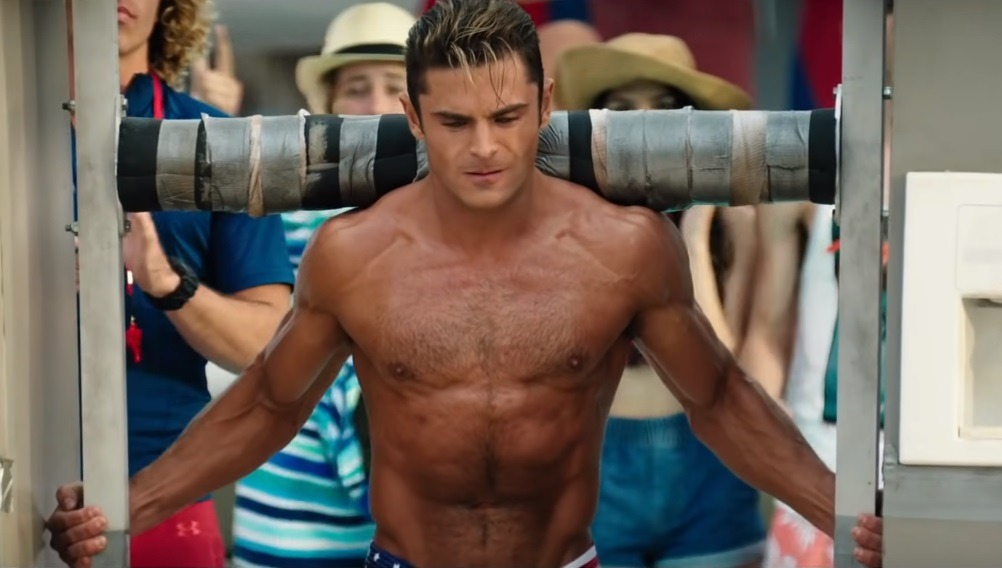 What Do The Celebrities Do?

If you have a look at the hundreds of workouts researched on SHJ, you’ll notice that most celebrities combine the two.

They usually start off with the compound movements and add on isolation movements towards the end of the workout to add in more definition on that body part especially they’re looking to get big for a certain role.

What I’ve found in my research and what I’ve also witnessed is that the more advanced the athlete is, the more isolation exercises they tend to add. They want to give those muscles the added oomph by focusing on it.

And if you’ve always gone at it alone with no guidance from a personal trainer or learned to exercise using the proper form, then you may have some muscle imbalances that would need isolation workouts sooner or later.

So make sure you’re doing things in the correct form to avoid injury.

It’s just easier to get guidance from a professional coach of course if you can afford it who will look at how you’re performing each movement.

But that story for another day… or never.

There’s gotta be a 100 variation of compound and isolation exercises out there that you can do. Which is good news for you because there will always be a challenge for you. Plus you get to add some variety so it doesn’t get boring and repetitive all the time.

As far as compound exercises are concerned, there’s a ton of dumbbell compound movements that you can do. I’m a big fan of dumbbells because compared to barbells each arm has to rely on itself to move the dumbbell without any help from the other arm like you’d get with using a barbell.

That’s not to say I don’t use barbells, I’m just saying I’d prefer dumbbells over barbells if I had a choice.

Now for isolation exercises, you tend to use more dumbbells than barbells in most cases too. Listing all the variations of isolation and compound movements will take forever which is why it’s best to utilize the hundreds of workouts on SHJ that’s best suited for your goals.

So if you’re just a beginner you’re probably going to do more compound movements to start off with some light isolation movements.

So Who Wins The Heated Discussion?

You’ll find that many workouts revolve around the 3-4 main compound lifts (deadlifts, bench press, squat and overhead press), but there are other compounds movements and they all work best when paired WITH the isolation lifts; regardless of whether you’re shooting for big heavy lifting gains or cross-training shreds.

So who wins? Me or my friend?

He was right about compound movements being more time-efficient but adding some isolation exercises is always the best for best results… which is why Mike and all the expensive celebrity fitness coaches add them in almost every celebrity’s workout routine.

So yeah, there you have it.

And I’ve just gone through a pack of biscuits and 3 cups of tea.

Now off to do some cardio.

The Guy Who Drinks Tea