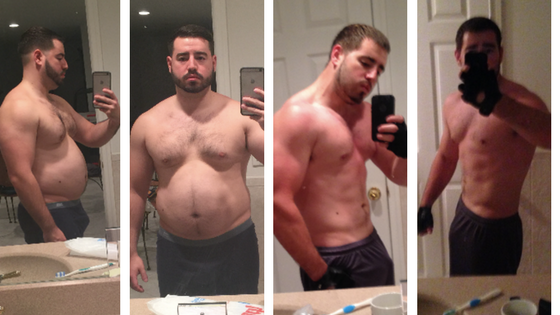 Mike is a member of the Superhero Academy, one of the first to being utilizing the guidelines (even before I released it he was working with me and using them) and someone who has been following SHJ for quite some time.

In just 6 months of utilizing the Academy guidelines he was able to drop 60 lbs, shred, and unleash his inner superhero.

Sharing Mike’s story is not just a way for me to motivate you, but also to give you some insight into what hard work and dedication can do for you.

The path was not always easy, and Mike told me about some moments when he was very close to going right back to hitting the late night McDonalds runs – but having a community, and myself behind him really kept him moving forward. 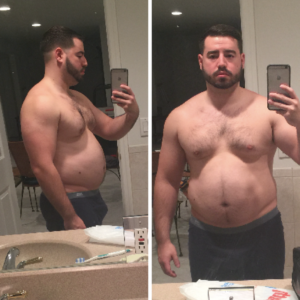 We all start somewhere.

When talking to Mike he focused on some very specific points, and made it very clear the getting started is the hardest part.  He told me once he was able to get some momentum going and he started seeing some results he became almost addicted to pushing harder and seeing more!!!

But, that does not take away from the beginner workouts he had to dive into to get started.  There were some points when he had to stop midway through a workout and tell himself that it was enough for the day.  He knew that if he overworked himself he would just pay for it later on.

Taking it slow and steady in the beginning, while focusing on creating habits for both his routine and diet were the backbone on Mike’s success and transformation.  With the start and formation of these habits, combined with a community behind him, he was able to crush every bump in the road.

Mike was starting at a weight of 220+ pounds, and was determined to shred off as much as possible and get down to less than 180 lbs (which he succeeded, and then some!)… 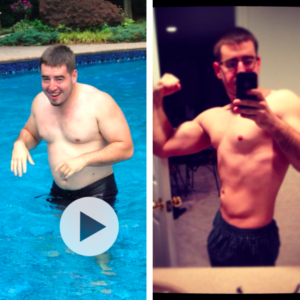 Mike has always been a fan of circuit training, but was always told to use a typical bodybuilding style routine.  All the posts and memes out there bashing CrossFit and circuit style workouts didn’t help.

Obviously, at SHJ we don’t discriminate, and if anything we strive to be the most well rounded athletes that we can be.

So, naturally, Mike still started under the Men’s Bodybuilding Path and style of training.

Yeah, I set that up quite nicely, huh?

After a while though, he asked me if it’s okay to switch through different workout routines and jump around with styles of training.

I told Mike that not only was it okay, but I encouraged it.

So, Mike began switching in and out of routines from The Powerlifting Path (Hulk/She Hulk) style, the Weight Loss Path (Daredevil/Elektra) style, The Circuit Training Path (Captain America/Marvel) and back into the Men’s Bodybuilding Path (Batman) style of training.

And, while these path’s weren’t yet named in this regard, it was Mike who was one of the reasons for their birth and discovery.  He would ask me for a new style that fit a certain category, and then I would already have an answer, because, being the guinea pig I am, I was already fluctuating myself through the same system. 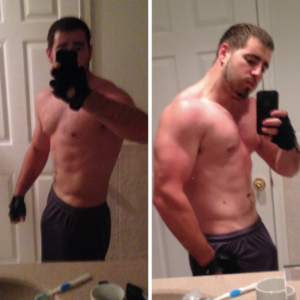 Another vital part of Mike’s transformation was his nutrition.

If he wasn’t able to find a sustainable method for dieting…it would have never worked.

Thankfully for him, he was able to find something that worked, sustain it, and use it to make himself look and feel absolutely amazing.

Before finding SHJ Mike tried a bunch of different things.  Calorie counting was one of the big ones.

Unfortunately for Mike, counting calories and eating “flexible” (as some bodybuilders would call it), did not work at all.  Flexible dieting and resulted in excess amounts of carbs and sugars that didn’t need to be eaten.

Instead, Mike eventually opted for intermittent fasting with a low-moderate carb intake and cyclical ketosis for his cheat meals.  God bless the 80/20 rule, eh?  This diet was eventually adapted into the weight-loss section of our Academy guidelines, and something I’ve utilized in my own routine for quite some time.

I think it’s safe to say that Mike definitely unleashed his inner superhero.  Not only did he lose 60 pounds over the course of 6 months time, but he also feels better than he ever has.

Things to take from Mike’s transformation:

– Let people know about your transformation.

– Even though the starting point can be tough, fight through it.

– Don’t neglect your nutrition, and find something that can be sustainable.

– Oh, and obviously, join us in the Superhero Academy. 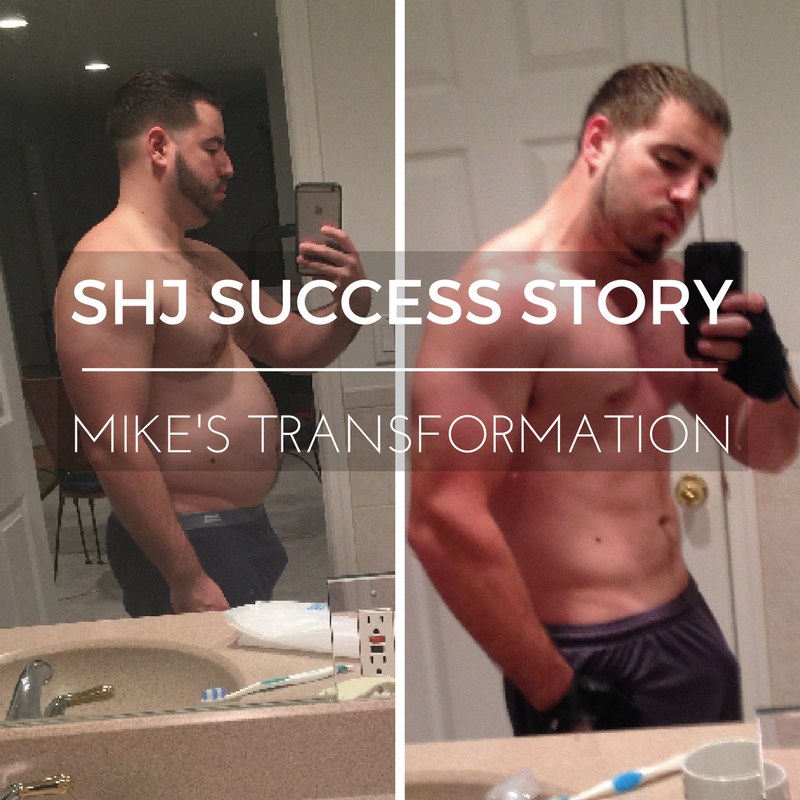