If you're a member of The SHJ Army you probably know I have been doing some testing with caffeinated supplements/drinks; especially those with added nootropics.

At SHJ we strive to unleash our inner Superhuman.

Part of that is our cognitive function.

If you've been through our Workout Database and seen a handful of our Superhero Workouts and the research that comes with them (their background information, abilities, powers, etc.), you'll know that a strong majority come with genius level intellect!

It's not all about superhuman strength and six pack abs.

The other part of it is our brains.

But, before we get too far into it, let's talk about what "Nootropics" are to make a bit more sense of this.

"Nootropics are drugs, supplements, and other substances that may improve cognitive function, particularly executive functions, memory, creativity, or motivation, in healthy individuals."

So for my current guinea pig testing (as you probably know, that's what I do here: guinea pig testing on diets, workouts, supplements and more) I'm working with Nootropic supplements like certain coffees and energy powders to see which come out on top in the form of focus, cognitive function and sustained energy.

I'll be basing this on performance from the supplement, price point, taste, and the product as a whole, with performance coming in as the priority.

Some things you should know before we get into my current front-runners:

This test will continue and I will keep the updates coming as long as you guys want to hear them, but here's where I'm at currently.

MY ALL TIME GO-TO: THE COMPETITION #1 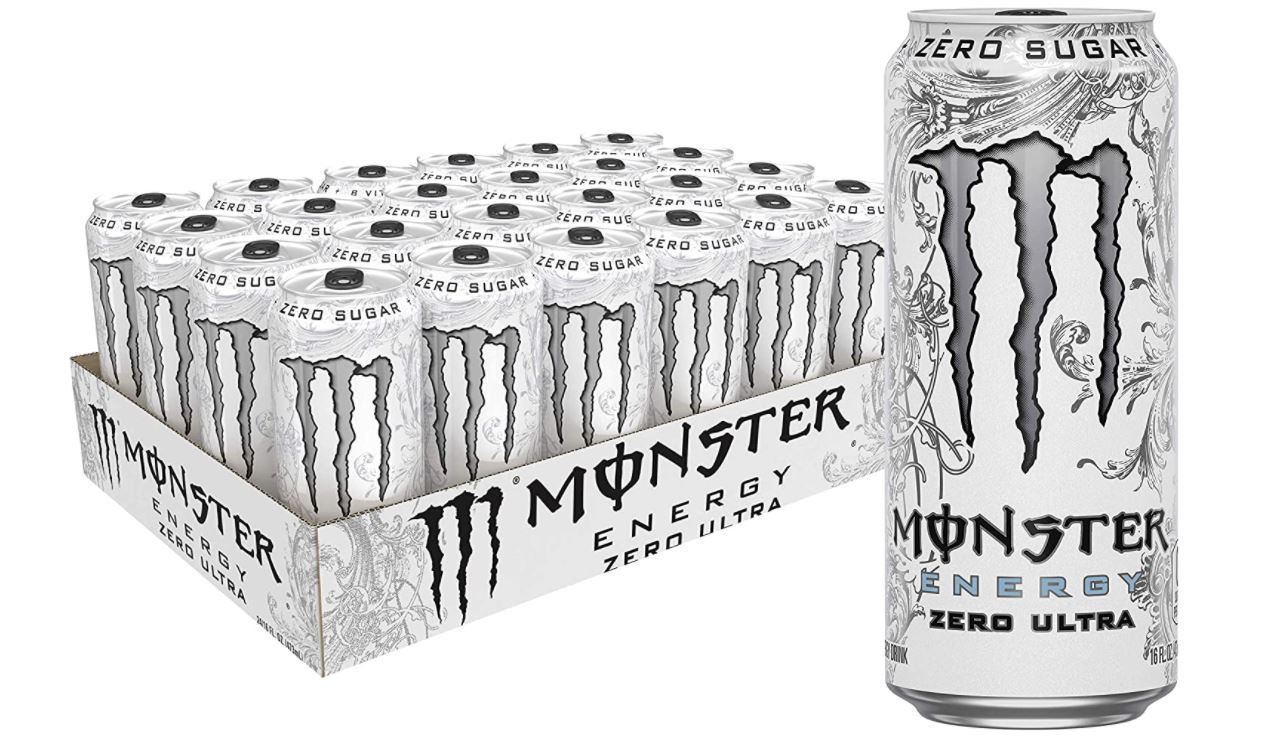 I would be cheating you guys if I didn't mention Monster Ultra to start.

If you've been around a while you know I drink these bad boys like they're water.

So this is the main competition the rest of our list is competing against.

For me, I personally love Monster Ultra Red, but I switch it up and grab all different flavors in packs of 24 on Amazon which makes the price anywhere from $1-1.35 per serving/can.

Monster Ultra does not have anything specifically built as a Nootropic formula, but it does have tons of vitamins and roughly 140mg of caffeine, while still hitting that zero sugar almost zero calorie marker we need it to be at.

MY ALL TIME GO-TO: THE COMPETITION #2 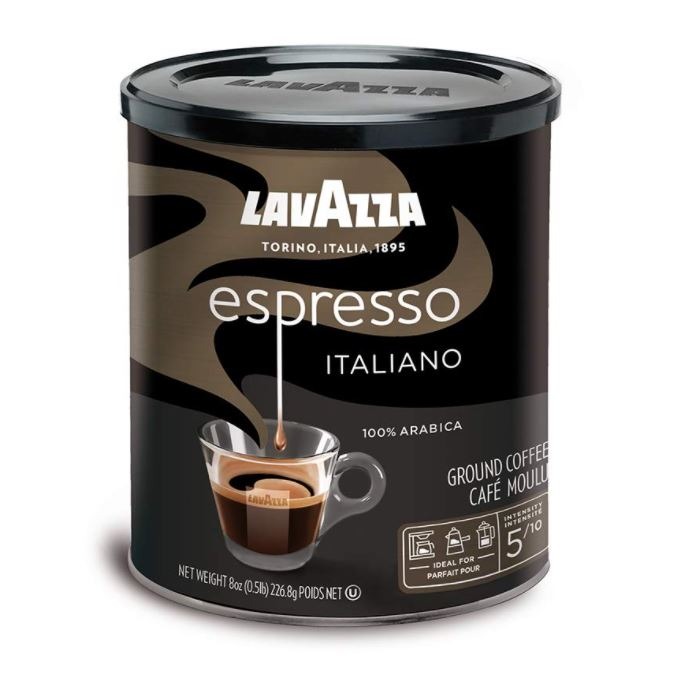 I have a TON of coffee, tea and espresso in my cabinet, but my personal go-to is Lavazza's espresso.

It's inexpensive and tastes awesome, so it'll always take my money.

I drink it as espresso and/or a nice americano, but again, this is not a Nootropic competitor and merely one of my go-to's our competitors below are up against. 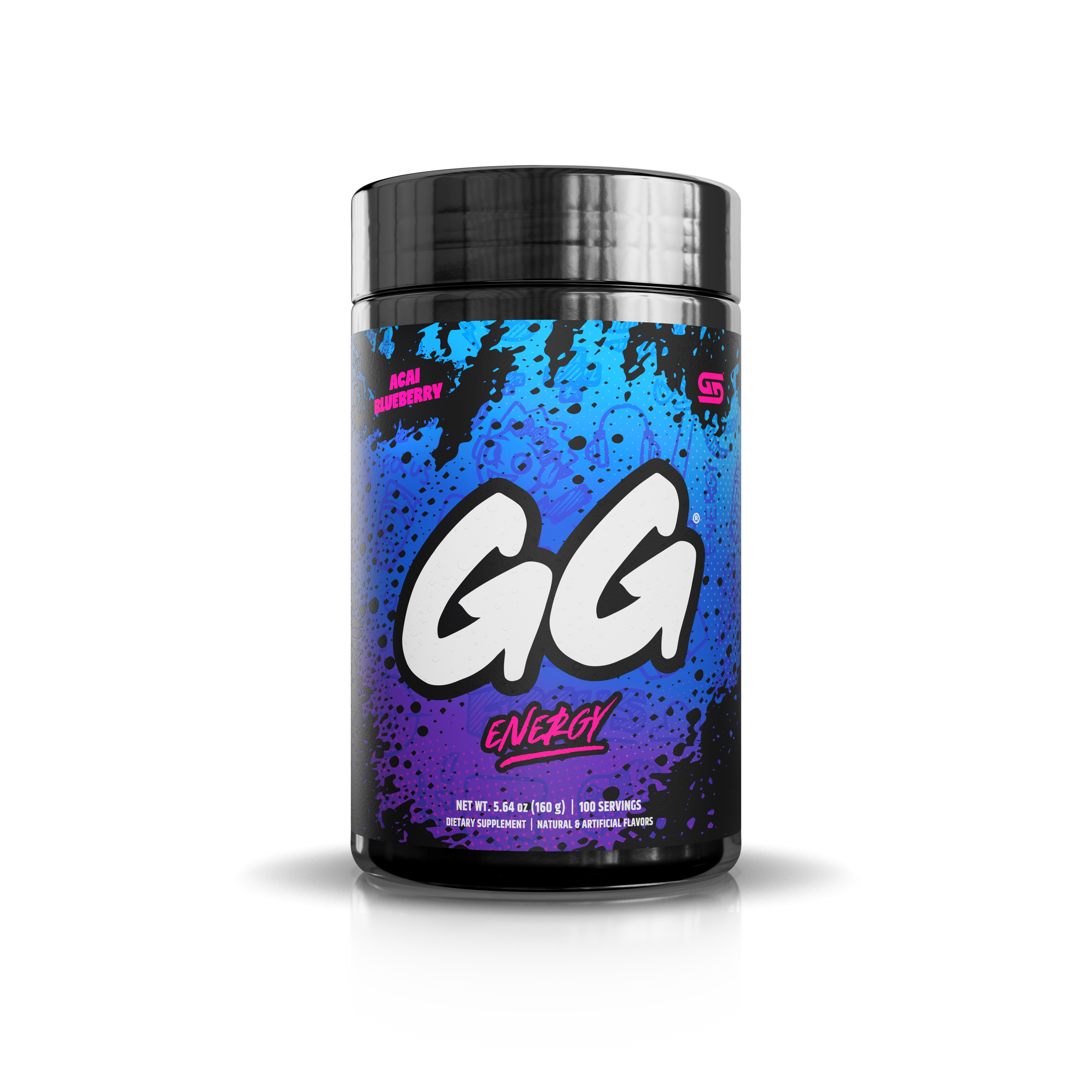 With GamerSupps you get ONE HUNDRED, yes, 100 servings for $35 a tub.  It contains about as much caffeine as a cup of coffee per scoop, is loaded with the perfect vitamins, nootropics, and is even keto friendly, ZERO calories, and organic caffeine.

Oh, and ALL of their flavors taste incredible.

It really doesn't get much better, which is why it almost wasn't even a competiton in this department.

You can grab 10% off using code "SHJ" at checkout. 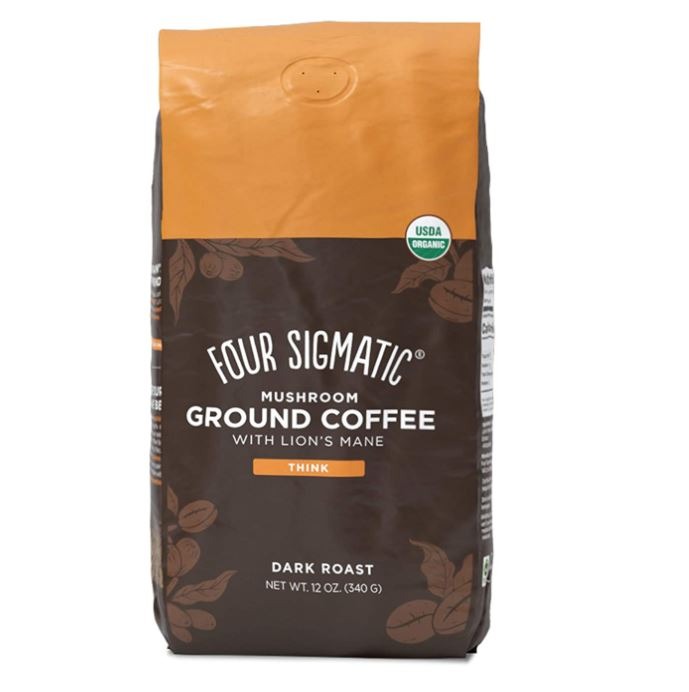 I was hesitant to try this one, but I'm REALLY glad I did.

Oh, and it's the top dawg among coffee nootropics.

I have tried nearly half a dozen now, and taste, effect, and cost has Four Sigmatic on top currently.

I wouldn't say the effects are overwhelming in any way, but when it comes to health and vitamins, Four Sigmatic has it as their priority and I stand behind that just like I do GamerSupps above.

As I mentioned above, I reached out to work with any top brands/companies for a discount, so I've linked Four Sigmatic's Amazon page, but you can also get 10% off all of their awesomeness on their website using code "SHJ10" at checkout. 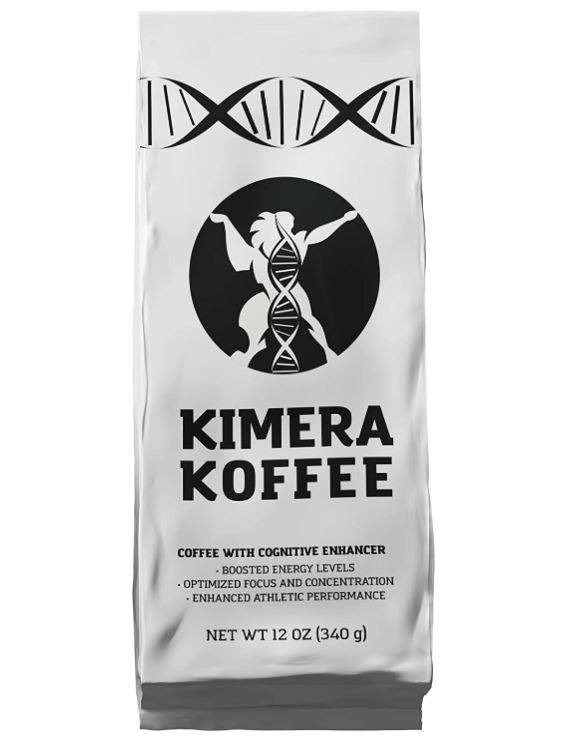 Nothing amazing, nothing insane, nothing bad.  But pretty good.

They add a few extra ingredients to support cognitive function, and then a bit to their price point and their coffee tastes pretty good.

So overall their a decent contender, but nothing that stands out in either direction. 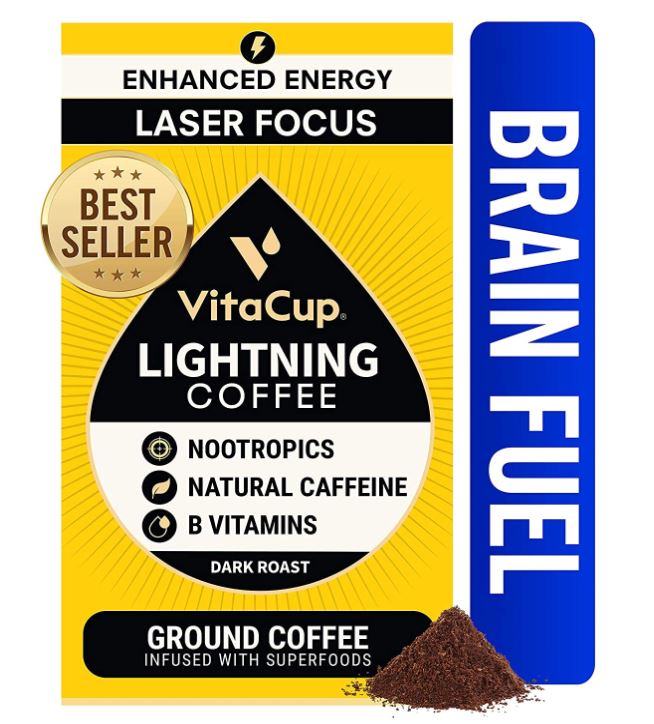 VitaCup Coffee is more of the same in this department.

They come in a bit less expensive than Kimera, which is nice, and they add a bit more caffeine (which depending on who you are, that's pretty cool); but they only offer dark roast and the taste is just meh. 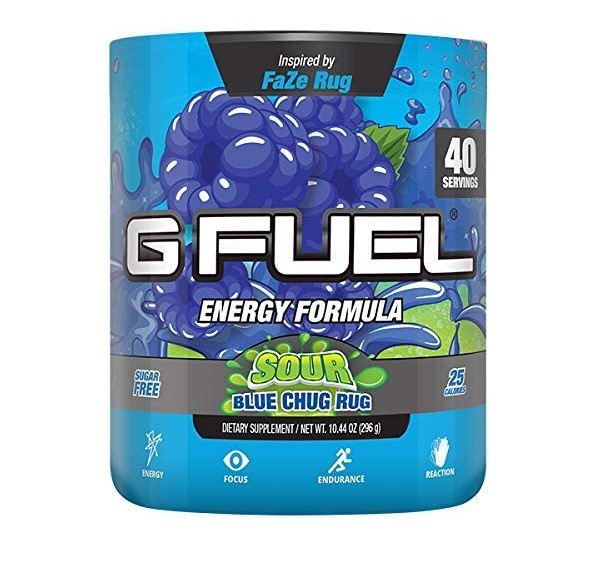 G Fuel is usually the first brand that comes to mind when talking about energy supplements marketed towards gamers for focus and cognitive function.

That being said: they're kind of the "get big names behind our brand, market market market, and pour out tons of different 'cool' flavors with these names to sell A LOT" kind of brand.

The chalky after taste that comes with them is known around the entire industry and they still don't change is.

The price point is only really good when they offer their BOGO deals (which happen quite often on their site, which is another reason why they likely don't change their formula), and the overall taste isn't that amazing either.

BUT, if I didn't add them to the initial list I would feel like I was cheating you almost as much as if I cut Monster Ultra. 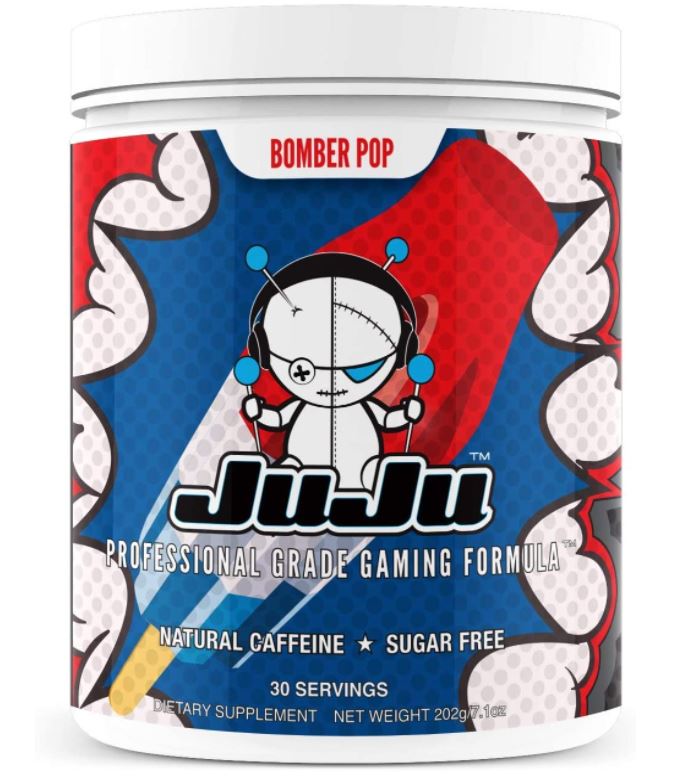 Juju Energy is another competitor in the Gaming Industry that markets to cognitive function, focus, and even eye health on top of the energy that comes with it.

Their flavors are also pretty cool, and the taste is quite good as well.

Their price point comes right in at where I stand buying a 24 pack of Monsters...

And, their flavor and formula just wouldn't be enough to get me to spend that much on an energy powder alternative.

I'll take the ease of being able to grab a 24 pack and/or a couple 2 for $4 or 3 for $5 deals from the store while still sticking to my routine.

Thankfully GamerSupps at $0.35 per serving kind of guarantees I'll never let myself run out...

I'll be continuing this guinea pig test by continuing to try different brands as well as work with the current brands I'm already testing for longer duration to see how they effect me compared to regular energy drinks and coffee.

If you guys are interested in this then drop a comment below and let me know, or even give me some suggestions on other products to add to the test!

If you need extra help creating your plan you should also check out our Superhero Academy and our Superhuman System.

Looking to step it up a notch?

Join The Superhero Academy and start unleashing your inner Superhero.