Want the updated Dwayne Johnson Workout?
Click here to check it out!

Do you want to be a part of Team Hercules?  Dwayne “The Rock” Johnson invites everyone to join his routine as he shares with you the ins and outs of his grueling workouts.  Having seen the movie Pain & Gain I already knew how big and brolic The Rock was.  It’s safe to say that nothing has changed.  The Rock is definitely someone who eats big and trains bigger.  Having seen the movie Hercules when it was released in theaters I got a first hand view that these workouts definitely work.

The Rock definitely took his training seriously.  Each morning he would start by completely a 50 minute cardio session.  I want to be a part of Team Hercules, but I probably won’t be completing that part of the workout!  Thankfully I don’t think it’s necessary to be a part of the team!  The Rock shared each one of his grueling workouts via social media which I personally tried out and can say first hand that they do not disappoint.  Here’s a look at each one of them: 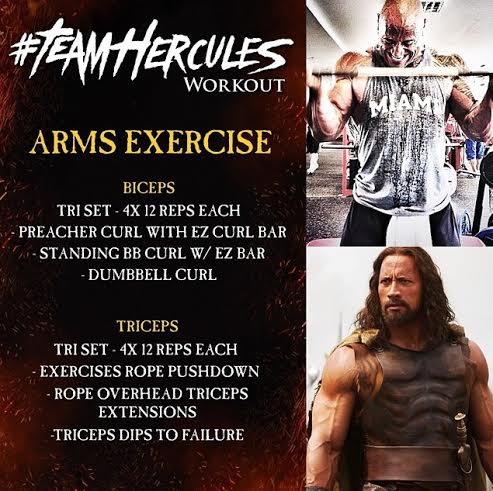 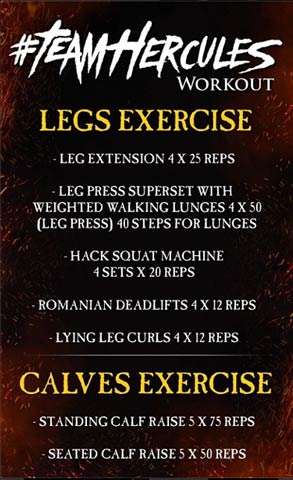 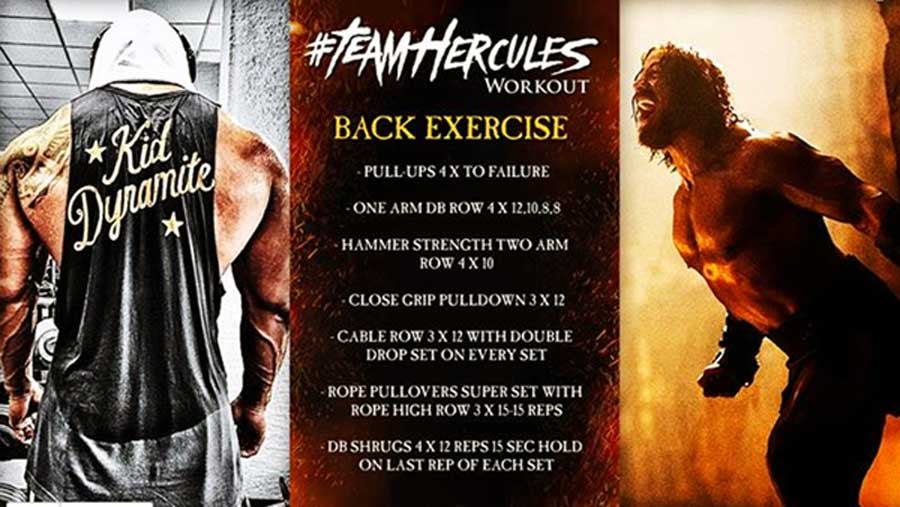 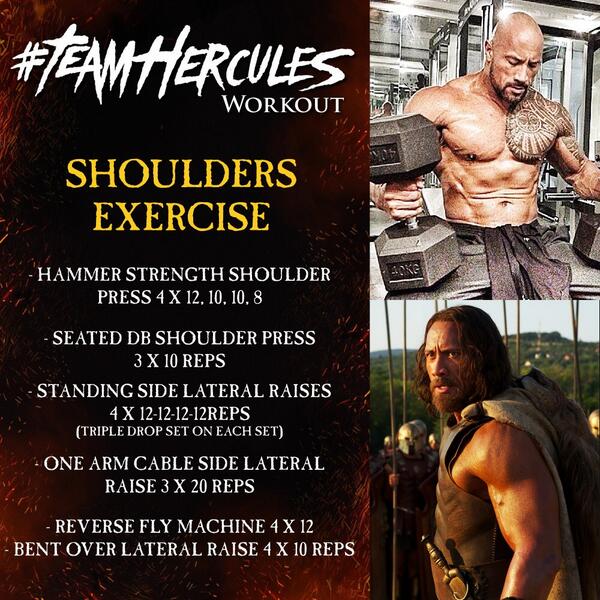 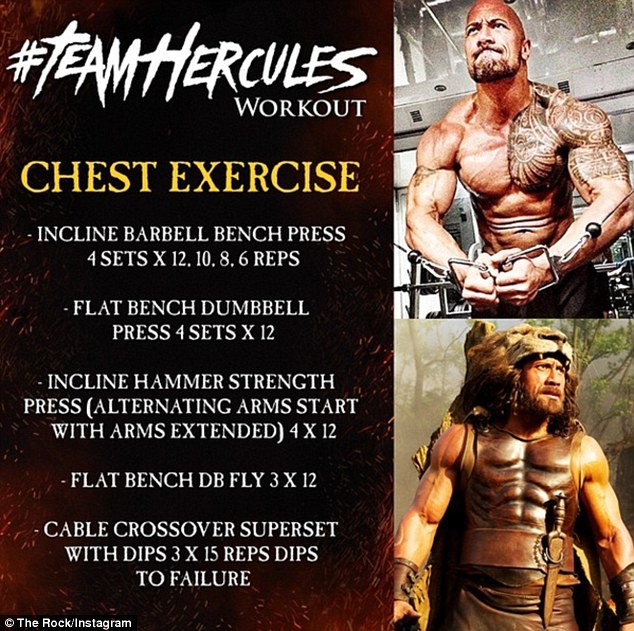 Don’t worry, The Rock didn’t forget that you have to eat like Hercules if you’re going to be training like him.  He even gave you a meal plan to follow as well.  Regardless of if you just want to be a part of Team Hercules, want to get as big as The Rock, or just want to try out the workouts, this is a great meal plan to try as well. 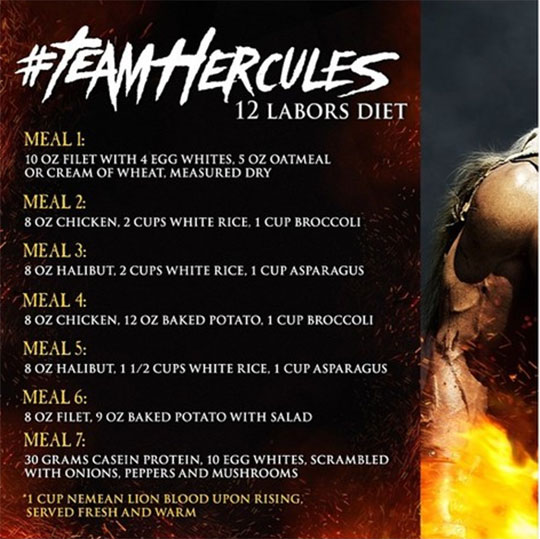 Dwayne “The Rock” Johnson puts it all out there for you.  He’s definitely not one to be selfish, and would love for you to be able to train just like he does.  If you put in the effort and really do this training, it will definitely give you what you’re looking for.  This is a no bullsh*t, get what you put in, workout routine.  Will you become part of  Team Hercules?