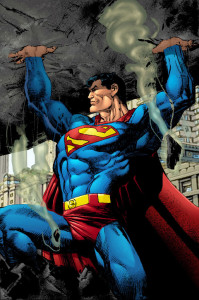 Just like Superheroes find their motivation through their cities, their Lois Lanes and other people around them they are saving, it’s your job to find yours too.

Personally there have been times where I’ve lost my motivation and wasted tons of time until I finally got it back.  And to be completely honest I think the Lois Lane example is crap.  Whenever I have a girlfriend I find excuses as to why I’m allowed to be a fat otis.  My superhero name would resemble one like The Blob’s.

But how can you stay motivated for longer then 2 weeks?  What’s going to keep you from quitting?

A lot of times the people that start off a lightning speed end up quitting within the first month.  I guess it’s understandable because how could you expect to compete with The Flash before you even achieved your superhero self?  In this case, I think one good thing is to know yourself before you start.  What are you capable of, and what will drive you to quitting?  You need to know your limits and push them, but also not take it to far and then end up at Mcdonalds crying on your own fat shoulder.  (This may or may not have happened to me…)

You’re much stronger then you think you are.  Trust me. – Superman

We’re going to take a quote straight from Superman himself and use it to our advantage.  Sometimes underestimating ourselves can be a huge stall in our superhero journey.  You’re going to need to remind yourself how bad you want it and strong you really are.  Luckily for you, if you come back here and leave a comment or even shoot me an email, I’ll help remind you of that.

One thing that you can’t do is compare yourself to people who have already been training fro a long time.  Sure, we look at a lot of celebrity workouts, but it’s important to not let other peoples achievements hold you back.  I’ve seen a lot of people in this community who want to lose weight and achieve a superhero body, only to make an excuse of what other people had over them.

Some good examples are celebrities:

Is this really a good reason to stall yourself, sell yourself short, or even quit?

Just because they have the advantage doesn’t mean that you can’t achieve it.  You don’t have to gain 20 lbs. of muscle in as short of a period as Hugh Jackman, Charlie Cox and Chris Hemsworth did, but you can still use their training regime to achieve tremendous results. 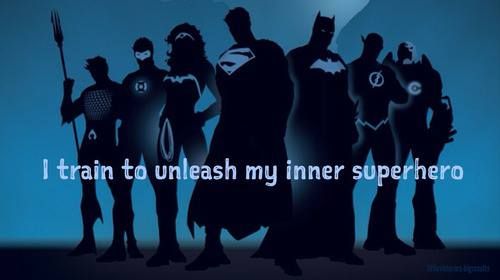 Just like the Avengers, the Justice League, X-Men and even S.H.I.E.L.D., we can stick together throughout the journey and help each other each step of the way.  If you hit a point that you feel is holding you back or stalling your progress, come chat or get a new boost of motivation.

Another thing you have to remember is that it’s okay to get knocked down.  If the superheroes we know and love gave up after one failure, well the world would more then likely come to an end!  Take each day one at a time and push past small defeats and take them as a learning experience instead.

Everyone has a starting point and everyone has had to overcome things throughout their journey, so you’re going to most likely go through some of those same crappy moments….and guess what, you can come out on top and move past them with ease.  All it takes is some simple guidelines and believing in yourself.  How corny, I know, but it’s true people! 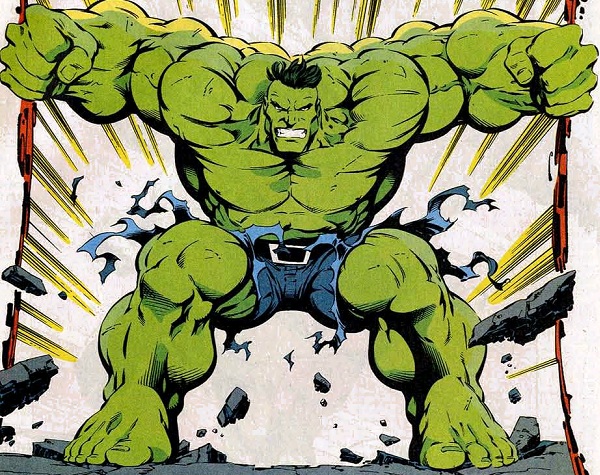 I think it’s time we go over some of the guidelines, having covered a couple general rules already!

Aside from some of the things we’ve already covered, you can use some simple guidelines to really keep yourself motivated.  I talk about this a bit in the Superhero Jacked Starter Guide.

It’s time for you to take these guidelines and put them into your superhero arsenal.

One: Don’t make excuses to “Just skip this one time”

Unfortunately one time turns into multiple which turns into a full blown quit.  I know this because it’s happen to me… I’ll be the first one to admit my faults that have led to me becoming a quitter.  When you get home after work and you feel tired and miserable you suddenly get the feeling like it’s okay to take off “just that one time”.  Then the next day or the next week the same thing happens, and then next thing you know, it’s happening all the time and then everyday!  Do yourself a favor and don’t make excuses (unless of course it’s an emergency).

Two: Make Goals you know you can Achieve with one Ultimate Goal

It’s okay to have your Ultimate Superhero Goal.  I am not telling you to not have that!  That would be an absolute crisis!  Actually, all I’m saying is that you should have other smaller goals that are more achievable in the near future.  This will allow you to get a motivation revamp each and every time you hit a small goal.

Three: Visualize your Achievements and Acknowledge them

I’m not going to lie.  The mirror is one hell of a motivator.  You can’t always use the scale…sometimes when losing weight you’re actually gaining muscle in the process and the scale can be a lie!!!  (Not literally..)  Take pictures throughout your journey and document your progress.  This will allow you to see how good of a job you’re doing and realize you can do even better!  When you hit a goal, it’s okay to acknowledge it and tell the world.

Four: Surround yourself with positivity

This one goes hand in hand with the final comment from part three.  Some people don’t always get the luxury of having positive people around them.  That’s one thing I really have to hand to the CrossFit Community – they all have each others backs and help people achieve their goals without nearly as much negativity.  Your goal is to find a way to replicate that positivity.  You can use social media, or even come to Superhero Jacked for that positivity.

Five: Believe in Yourself

If you don’t believe in yourself, how can someone else be expected too?  It’s your job to prove all that negativity wrong.  Your overall strength (mental and physical) is going to be put to the ultimate test when you begin your journey.  Without being the corniest human on the planet right now, I’m trying to tell you that you’re going to have to believe in yourself throughout this whole process, no matter what anyone else tells you.

Okay, cheesy, corny, whatever you want to call me…still doesn’t change the fact you shouldn’t be eating cheese and corn!

Need help staying motivated or in need of a support group?  Comment below or shoot me an email from the contact form.