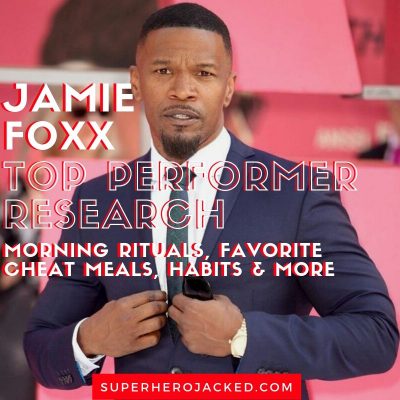 I felt it made the most sense if we started our first week with two celebrities that we’ve seen before at SHJ, starting with Jamie Foxx (<– Link to his workout routine and diet article).

Anyways, for those of you who don’t know Jamie Foxx (climb out from under your rock?) we’ll do a brief section for you and then get on with the show. 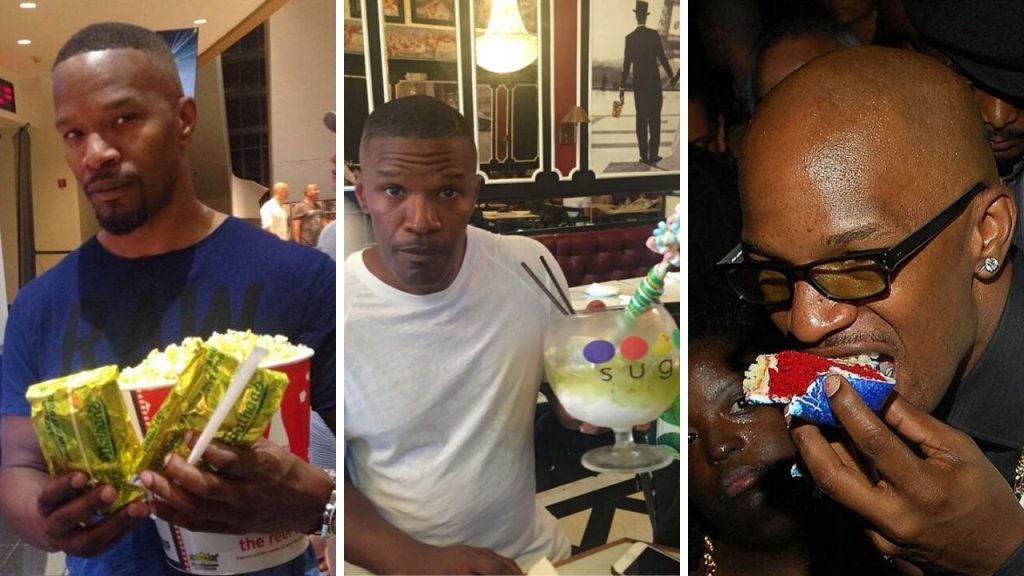 Obviously we’ve already seen Foxx’s workout routine and diet, and when training for his role in The Amazing Spider-Man and Robin Hood he really cleaned up his eating, and continues to keep it fairly clean in general.

BUT, that doesn’t mean he doesn’t cheat.

Foxx states in an interview with Men’s Fitness:

“I’ll cheat a little bit,” he admits, “but then I just have to bust a– on the other side.”

That being said, Radar tells us there’s some sources that also say that Foxx is a bit of a junk-food-lover.

It may not be something he’s trying to hide, or it may be something he only does when he’s not specifically training for a role, but either way it’s a good way to support what we’re trying to get at here which is that it’s okay to be human.

Here’s some of what Radar has to tell us:

“When she first started dating Jamie, he made it seem like he was healthy, too, and a nature lover,” an insider told Radar. “The truth soon came out – he’s a candy bar-eating closet junkie.”

Holmes and Foxx, 50, were first linked to each other back in 2013, a year after her high profile divorce from Tom Cruise. They spent years hiding their love, but since going public with their relationship last August, Holmes has dropped the hammer down on the Ray star.

“She’s banned him from eating that stuff, but she’s caught him hoarding cookies and pickles and ketchup for his burgers,” the source added.

Now, I’m not sure why pickles and ketchup aren’t allowed in this junk-food mix, but the point really isn’t what Katie Holmes finds to be classified as “junk” it’s more about the fact that Jamie knows that it’s okay to pick at snacks to sustain his overall health and wellness regime that he continues to crush.

So while we don’t have a very specific favorite meal for Jamie, we can note that he likes to snack.  Candy bars, pickles, cookies….and apparently ketchup? 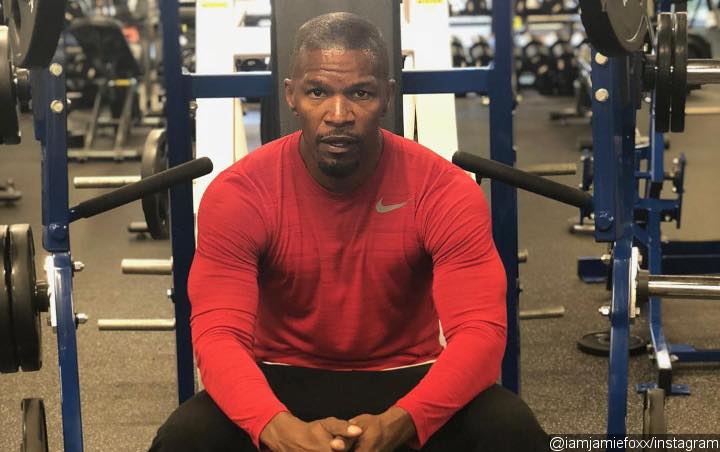 If you haven’t heard of Tim Ferriss, you probably should…

He’s been featured at SHJ for his SuperHuman Fuel-like tea concoction, and his book The Four Hour Workweek is the reason why I started Superhero Jacked.

Now he has one of the top podcasts in the world where he interviews The World’s Leading Performers (lucky for me), and we’ll utilize his transcripts from time to time to chip away at some of the habits and rituals that they have.

Here’s some from the interview with Jamie Foxx regarding his morning ritual (which Ferriss is a big fan of).

What does the first 60 minutes of your day look like, or do you have any morning routines that are important?

Jamie Foxx: Morning routines, I wake up, I text the people that I dig and love.

Tim Ferriss: What do you say?

Jamie Foxx: I just send them encouraging… people that just really mean a lot to me, I want to let them know I’m thinking about them, the whole nine. And then it varies, man. Sometimes I’ll put some work in. I put in eight days. So, maybe these two days I could chill. Just on the physical part, I get my 50 pull-ups in, 100 sit-ups, maybe 100 crunches and it’s easy. I used to not be able to do it.

Tim Ferriss: How many sets for the 50 pull-ups?

Jamie Foxx: I do 15 first, 15 pull-ups. This is what it is. I do 15 pull-ups, 50 pushups, 100 sit-ups and then I go back and do 15 different grip, so that will get me to 30. Another 50 pushups, that gets me to 100 pushups and I’m done with the pushups. Then I do ten and ten, back to the first grip. And you don’t have to do it every single day; you could do it every other day. Then what you notice is the pull-up bar, and Tyrin kept telling me this… I’ve got a homey, Tyrin; he played Cain in Menace of Society. I kept wondering, how is he always in shape? He says man, I’m trying to tell you, the pull-up bar is everything.

So, that, and then just make the calls on what I need to get done, make sure I’m in the right position.

Tim Ferriss: Do you drink coffee?

Jamie Foxx: I don’t drink coffee. I stopped. I had to stop having stimulants.

Jamie Foxx: Earlier in my career, I was all about the stimulants. So, at a certain point, I had to…

Tim Ferriss: Ix-nay on the caffeine-ay. Yeah, I’ve been cutting that out as well. It’s not good for me. People say aren’t you worried about depressants like alcohol? I’m like no. Stimulants; that’s what I need to be worried about.

Jamie Foxx: What I tell people, I tell them if you drink coffee, after awhile you keep hitting that same muscle in your brain to where I know people right now who could drink four cups of coffee and go to sleep.

Tim Ferriss: I used to be that person.

Jamie Foxx: One of my boys loves the Red Bull. He won’t understand why some days he’ll just be like this… I had to stop. And it was tough because I had to have coffee every day, and I drank like double espressos.

I had to have the up. But now I know how to go get it inside.

So we get a few things from this interview actually.

Do you think you’ll try any of these things for YOUR morning ritual? 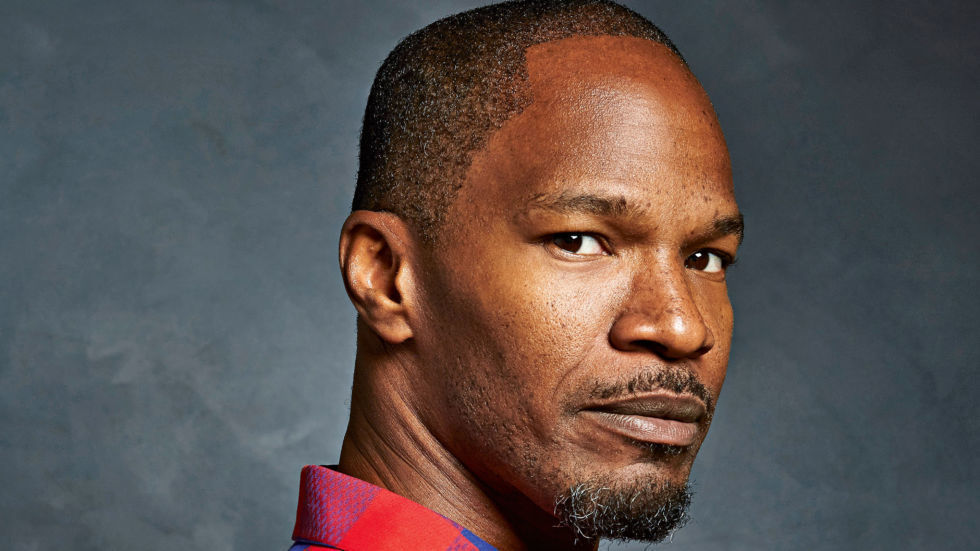 For this section I want to leave you with some takeaways from Jamie, and a couple quotes.

You can find Jamie’s full workout routine and diet plan here, or you can download both his Top Performer Research PDF (which will include key takeaways and extra information) as well as his workout routine PDF as well, by using any of the download links on this page.

It’s okay to remember you’re human. Jamie gave up caffeine because he doesn’t want to be reliant on it and wants to be able to be at the top of his game without stimulants, but that doesn’t mean he doesn’t know and value the importance of a “cheat” meal here and there.

This is what I think of when I read about how Jamie reaches out to the people he “digs” and loves every morning.  This is amazing, in my opinion, and something I actually would love to add to my own routine.

Jamie takes his fitness and health serious.  He shared a handful of his morning routine, and we’ve also seen his full workout routine here at SHJ as well.  It’s a prime piece of his Top Performer puzzle.

Lack of Fear and Nervousness

In the quotes below you’ll see a viewpoint of Jamie’s when it comes to being nervous and having fears.  I suggest you read it and use it!

People are nervous for no reason, because there’s nothing, no ones gonna come out and slap you or beat you up and that, you’re just nervous. So why even have that? and so, that’s a building block that they can use, not just about the entertainment business, because that’s the other thing, you don’t have to be an entertainer, but whatever you go into, whether you’re a lawyer, school teacher or tech guy or girl or whatever it is, there’s nothing on the other side of it.

Whats on the other side of fear?

“All of it is in our head. When we talk about fear or lack of being aggressive, or whatever, its in your head. So not everybody is gonna be super aggressive, but the one thing that you can deal with is a person’s fears. So if you start early, if they are a shy person, they just won’t be as shy if you keep instilling those things so…” -Jamie Foxx

I’m a real person, and I’m angry. I’m trying to use this celebrity thing to get people some help. AIDS, poverty, racism – I want to be one of the hands that helps stop all that. I’ll put it on my shoulders. I’ll charge it to my account. 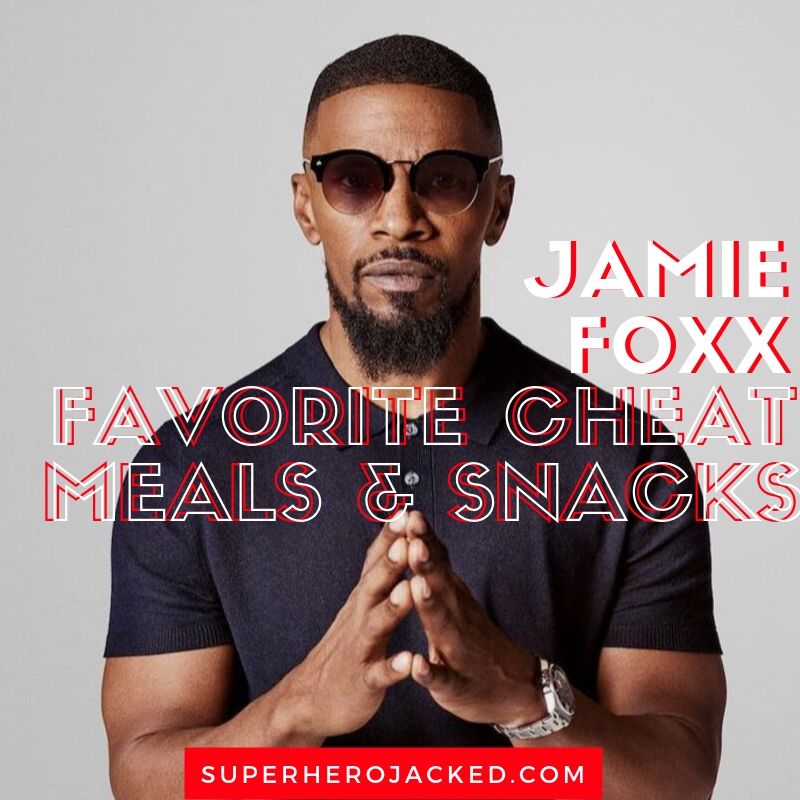 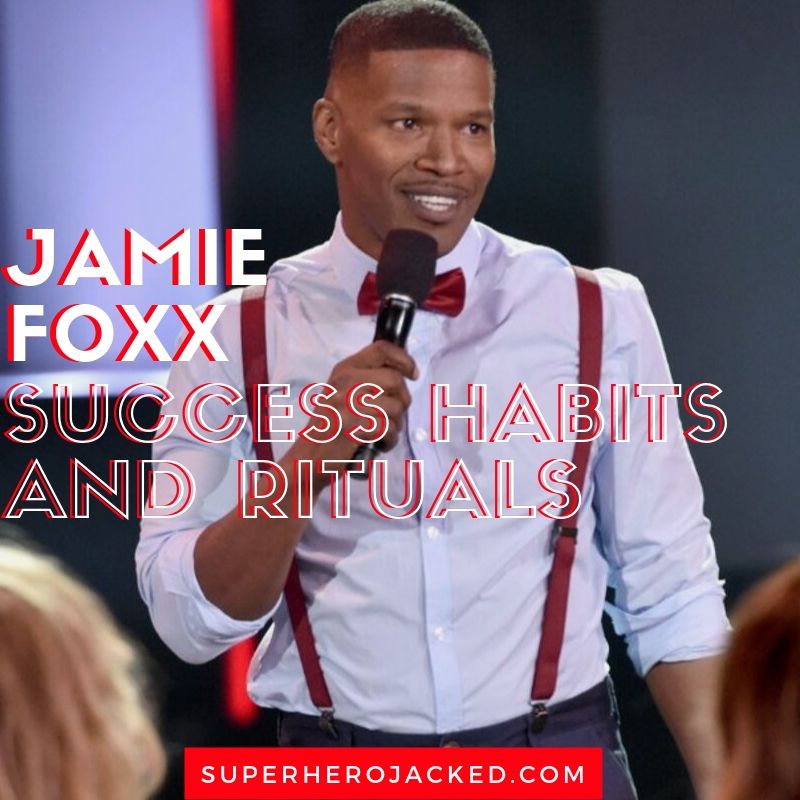 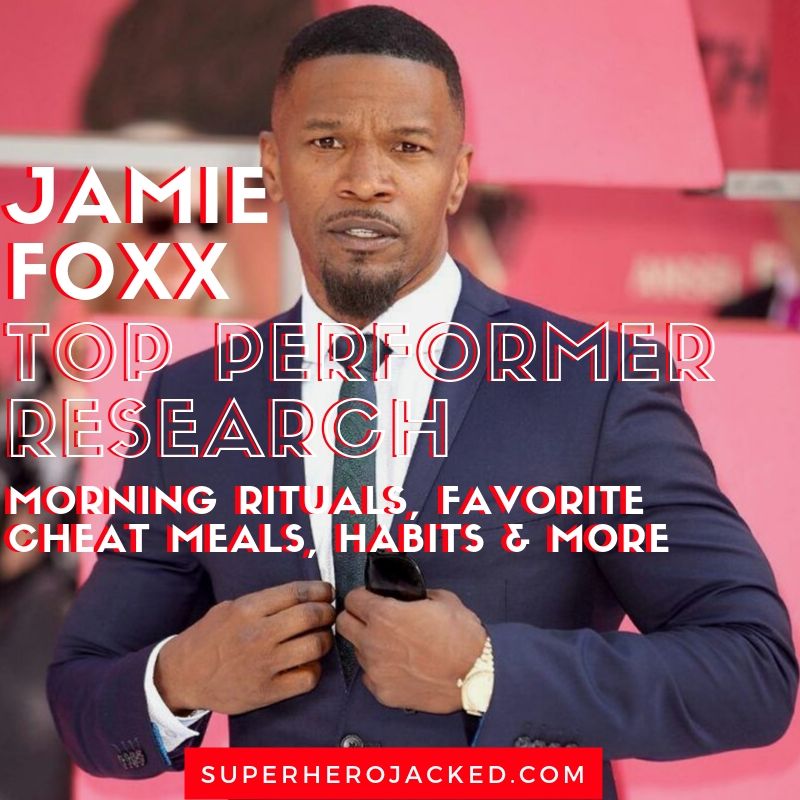