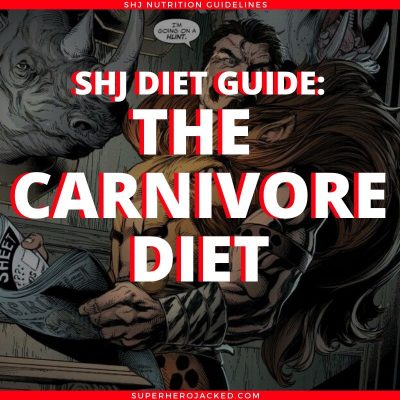 Which, hopefully you enjoy if you’re going to do well with this dietary option.

And, by that I mean meat, if that wasn’t clear.

If you’re new to our Nutrition Guides, you should probably start by checking out our Nutrition Pillars and making sure you’re in the right place.

For example, we have: The Hunter Gatherers, The Monks, The Samurais, The Spartan Warriors, The Vikings, The Carnivores, The Superhumans, The Greek Gods, and also our Eat Fat, Lose Fat Class.

And these are consistently updated as well.

To be clear: you’re here to learn about The Carnivore Diet!

As usual, we’ll start by talking about what that means.

What does “Carnivore” mean?

an animal that feeds on flesh.

And in this case we’re the animals that are feeding on flesh.

Let’s break it down a bit further.

If we go for a definition more specific to the Carnivore Diet, we end up with:

The carnivore diet is a more extreme version of the keto diet, and, like the name suggests, involves eating only animal foods. You can eat all meat, including beef, poultry, fish, organ meats – such as liver and kidneys – and, if you’re feeling adventurous, entrails and brain.

That means that you might actually want to start by checking out our keto diet guidelines for.

We do have both a “Eat Fat, Lose Fat” Class AND a Carnivore Class inside our Academy, but the two diets are very similar; and The Carnivore is, for lack of a better way of putting it: a scaled up version of the Keto Diet.

In both restrictions, and apparently for some people, results. 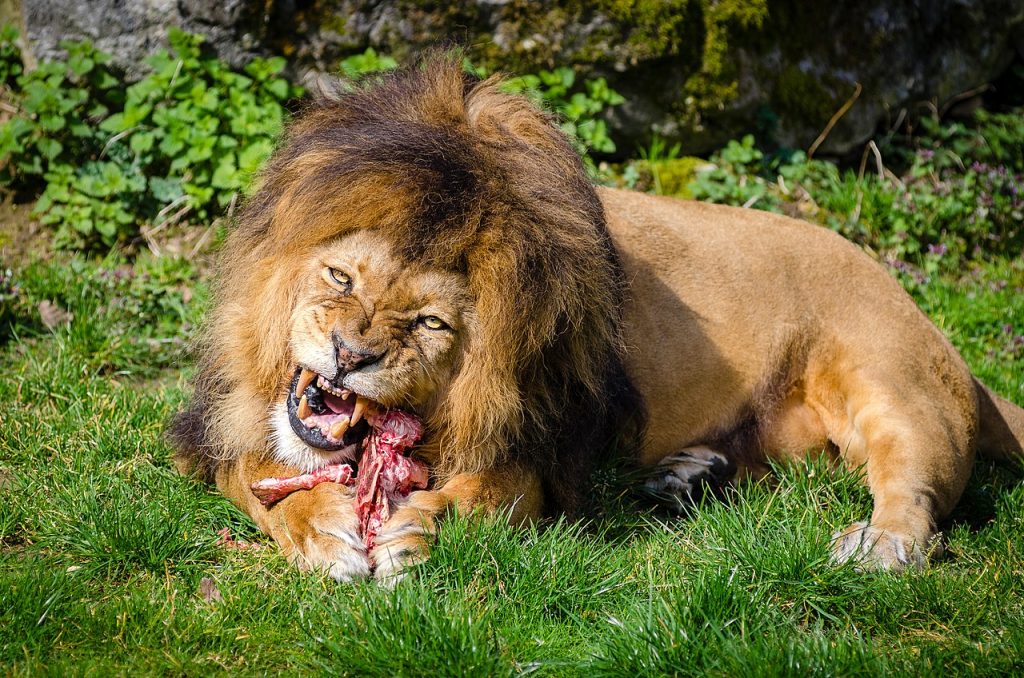 What You CAN and CANNOT Eat

So, as I stated above this is going to be “scaled up”, but I also mean it will be more restrictive.

Here’s a list of the foods you CAN eat:

Which brings us to the not-so-fun part…

Here’s a list of the foods you CAN NOT eat:

Even when I’m shooting for zero carbs I still add zero calorie sweetener, diet soda, and even zero-cal energy drinks; but, like I said, Carnivore is strict!

You’ll likely find some sources that say you CAN have those things, while others will say you can’t.

The choice really is yours.

The Main Difference Between Keto and Carnivore

We’ll go into a bit of an in-depth overview of the differences between Keto and Carnivore with the help from our friends over at Onnit.com, but first I want to point out one of the main differences that sits right in front of our faces.

Remember when I told you I generally shoot for >25g of carbs per day when I do Keto?

Well, that’s a fair number, and I also mentioned that SOME people will shoot for absolutely NO carbs.

Well, that’s what you’re going to be doing for Carnivore as well.  Shooting for NO carbs.

Here’s a breakdown that Onnit gives for the differences between Keto and Carnivore:

The carnivore diet and ketogenic diet both permit protein and fat while restricting carbs, but the carnivore approach is considerably more extreme. Because you aren’t eating any plant foods at all, your carb intake is virtually zero. This isn’t to say that your body won’t have carbs in it though. As with a keto diet, the body learns to make its own carbs to fuel activity in a process called gluconeogenesis. So while the carnivore diet may also be called a “zero-carb” plan, that’s somewhat of a misnomer.

In a ketogenic diet, the emphasis is on fat. Protein is limited in order to prevent excess gluconeogenesis, which can take a person out of ketosis. In the carnivore diet, however, you’re encouraged to eat both protein and fat liberally. As a result, depending on exactly what foods you eat and how much, you may or may not achieve technical ketosis following a carnivore plan. Whether you do or don’t doesn’t matter. The only goal is feeling better and getting healthier.

Unlike with keto, there are no clear guidelines to follow for the carnivore diet regarding macros or percentages of total calories. Because the diet has never been formally studied, there is no hard science to define how to set it up optimally. But Baker and other carnivore dieters seem to agree that relying on red meat makes the diet simple to follow and takes care of every nutritional need.

So basically there are two reasons you may want to shoot for Carnivore over Keto:

Okay, so maybe one reason.

Personally I think the Keto Diet is a set of guidelines that has enough restriction to it to make it fairly simple, but if you’re looking for a less technical variation and a more “absolutely zero carbs, protein and fats fall in place” kind of deal; then maybe Carnivore is for you.

I will continue to get in some veggies when I play with Keto!

Want even more guidelines and sample meal plans?
The Carnivore Diet is labeled as our Carnivore Nutrition Class inside our Academy.