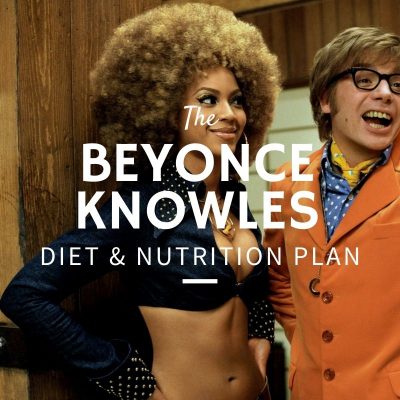 Beyonce’s diet switches up depending on what she has going on or coming up in life.

For example: if she has a performance coming up she likes to go vegan to drop some weight!

Before the 2018 Coachella Beyonce took to her Instagram stating: “44 days until Coachella!! Vegan Time!!”

This is one of the things we researched in our original Beyonce Workout Routine and Diet Plan article.

But, it’s important I emphasize the fact that Beyonce doesn’t stay vegan year round (although I think I made that clear I do want to make sure you caught that).

On a more regular basis she generally sticks to making the healthy choices, without a super strict restriction, and that paired with her training and overall activity as a performer keeps he slim and toned physique.

Then, when it comes time to step it up a notch and look her absolute best she’ll take about a month and a half to go vegan and get REALLY ready.

Here’s what we shared from The List in our original research:

Ahead of her headlining the Coachella music festival in 2018, Beyoncé announced that she was going on a strictly vegan diet to get in shape for the big show. “44 days until Coachella!! Vegan Time!!,” she posted on Instagram, along with a gorgeous piece of avocado toast.

This wasn’t the first time the performer has gone plant-based in order to drop weight and tone up. In fact, she went on a 22-day vegan diet (designed by celebrity trainer Marco Borges) back in 2013 along with her husband, Jay-Z, according to The New York Times. “The benefits of a plant-based diet need to be known,” she wrote in an email. “We should spend more time loving ourselves, which means taking better care of ourselves with good nutrition and making healthier food choices.” She also posted some of her meals on her Instagram page.

Beyoncé may swear by a vegan diet to get in shape, but she’s not a vegan all the time. Back in 2013, she and Jay-Z broke their fast with decadent seafood, according to Us Weekly.

And from there we also talked more about her daily diet as well.

Even though Queen Bey works to stay trim and strong, she still likes to splurge on treats now and again, according to Us Weekly magazine. After a restrictive diet where she “ate lettuce,” the singer announced her plans for her upcoming indulgence. “I’m gonna get chocolate-wasted!” she exclaimed to the crowd at a concert in Atlantic City. What exactly that entailed isn’t certain, but it’s clear that Beyoncé enjoyed chocolate in one or several forms. And a lot of it.

“I always have breakfast, say, scrambled egg whites, a vegetable smoothie, or whole-grain cereal with low-fat milk. For lunch and dinner, I eat a lot of fish and vegetables,” she shared. She also noted that she avoided red meat, and replaced rice and pasta with quinoa.

And she told People Magazine about her cheat meals and day, stating:

“No work, not even a discussion about work; lunch at my favorite pizzeria; having a glass of red wine; and watching Game of Thrones.”

Which I think gives us a pretty clear overview of her diet!

Now it’s time to fully break it down for you below.

Join us inside our SHJ Nutrition System or any of our Core Programs to utilize our 4-Tier-Nutrition-System built around 300+ celebrities and the world’s top performers to make the most efficient, effective and sustainable system available.

Beyonce’s NORMAL daily diet consists of fairly low carbs and healthy choices, but she steps it up a notch about a month or a month and a half before a performance or show by going vegan.

For lunch and dinner, I eat a lot of fish and vegetables,”

She also noted that she avoided red meat, and replaced rice and pasta with quinoa.

On and Off Vegan Diet:

Beyonce jumped into a strict vegan diet 44 days before Coachella and seems to swear by it as a way to get prepared for a performance or show when it’s time to step it up a notch or two!