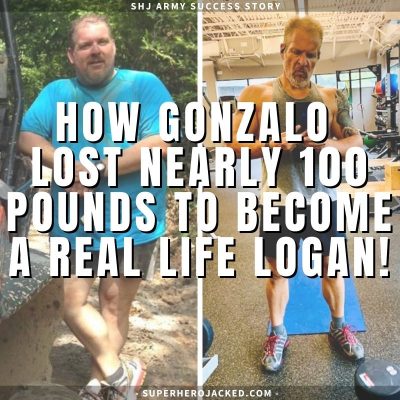 At Superhero Jacked the goal is to unleash our inner superhuman. And we have a member who has quite literally done just that. Spoiler: He went from 275 lbs to a 185 lb RIPPED Wolverine at nearly 50 years old. Dads out there, take some notes, because Gonzalo is here to show you how it's done! Gonzalo is a member of our Academy Premier, and has actually now even helped me build out some of our core programs at SHJ. So not only has he dominated his own transformation, but he helps me guinea … END_OF_DOCUMENT_TOKEN_TO_BE_REPLACED 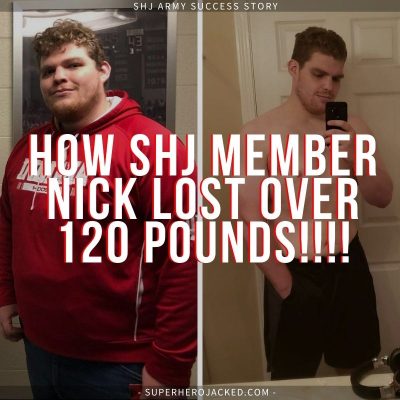 Take The SHJ Program Quiz and find the perfect program for YOU. On Friday I shared how SHJ Army Member Bri lost 110+ pounds and I was absolutely blown away. Today I'm sharing Nick's transformation of over 120, yes you read that right, 120 pounds of weight loss so far! Just when I thought The SHJ Army couldn't amaze me anymore than it already has. Nick's story is one that is not only incredible from the standpoint of what he accomplished through his weight loss journey, but also through … END_OF_DOCUMENT_TOKEN_TO_BE_REPLACED 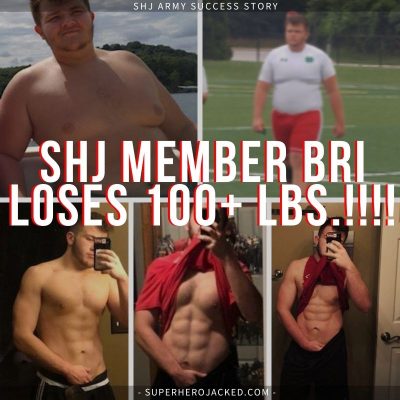 Take The SHJ Program Quiz and find the perfect program for YOU. You read the title right. Bri lost over 100 pounds and has tried nearly every workout on SHJ. I was blown out of the water when he sent me these pictures, and now I'm ecstatic being able to share them with the rest of you. If this doesn't motivate you, I'm not sure what will. We've seen some incredible transformations come from the workouts on the site and The Academy; but this one is incredible. We've had Mike lost … END_OF_DOCUMENT_TOKEN_TO_BE_REPLACED 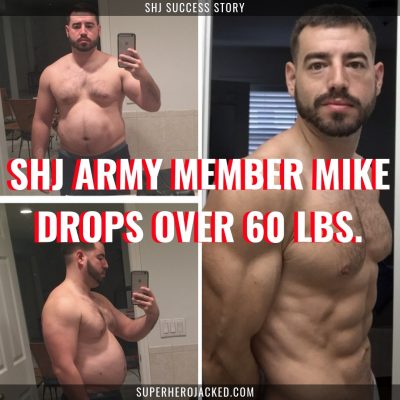 Take The SHJ Program Quiz and find the perfect program for YOU. You may remember Mike from his initial transformation story at SHJ. But now he's back after taking it to a whole new level. Mike initially lost nearly 60 pounds for his first transformation.  From there he went on to step it up a notch and go through some phases of bulking and cutting to shred the fat and get absolutely shredded. For the first transformation he utilized The Men's Bodybuilding Path within The Academy and … END_OF_DOCUMENT_TOKEN_TO_BE_REPLACED 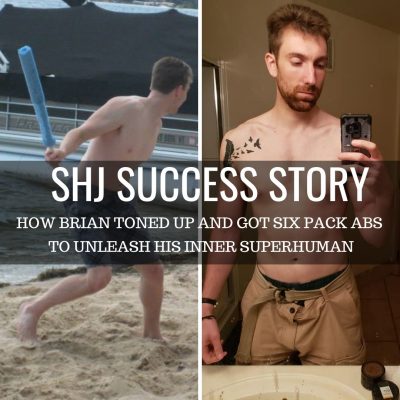 Our Robin to Nightwing Path went live just in time for Brian to tell us about how HE unleashed his inner Nightwing. And yes, his favorite character is Nightwing (more on that later). Brian is a comic nerd turned six pack having comic nerd from Wisconsin and dwelling in Minnesota. This is the story of how he was able to take his physique from skinny-fat to toned and defined. Brian used methods that range from Stephen Amell's training to the Cut and Shred and 3 Hours to Superhero … END_OF_DOCUMENT_TOKEN_TO_BE_REPLACED 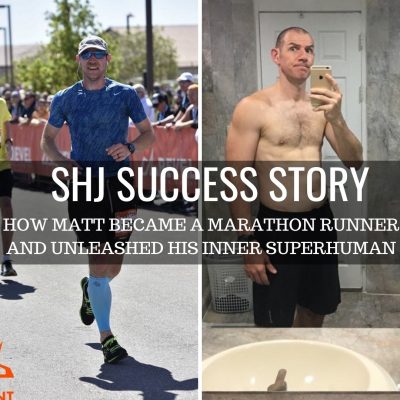 We have another awesome SHJ SuperHuman transformation. This time we're talking about a marathon runner. Matt is an artist who lives in Bangkok, Thailand with his family. He took on a half marathon, which led to a full marathon and prompted him finding SHJ and joining The SHJ Army, and eventually The Academy. Much of Matt's transformation took place when he started running and training for his marathons, but it continued when he began implementing the things we utilize at SHJ, … END_OF_DOCUMENT_TOKEN_TO_BE_REPLACED