You may or may not know Andrew.

He has been a member of the SHJ Army and Superhero Academy since the very beginning.

He’s also already on the Superhero Academy page for his first transformation.  But, now he’s back with another one,  after surgery and being out for for an extended period of time – he stepped it up a notch and got ripped….again!

Here, just in case you still are unsure of what I’m talking about:

These pictures are just transformation number one for Andrew.

I figure we could have some fun and discuss more about his transformations (yes, both), and also dive a little deeper into his goals and how he accomplished them.

Which, I guess is the obvious way to handle this, right…?

We’ll talk about his surgery transformation in a bit, but first I’d like to look at how Andrew has always trained, and a bit of the other important aspects of these transformations.

Andrew has always been someone that needs to GAIN weight.  And, when I say weight, I mean the goal is to put on lean muscle mass.  As you can tell from his transformation pics above, he did a pretty damn good job of it.

The other transformations we have seen thus far come alive in article form have been about losing fat, so it’s nice to have a swap over to this side of the playing field.

If you want to check those out you can here:

Andrew has always been a stud athlete.  He played lacrosse all throughout high school, and then even into college.

That being said, it was always hard for him to tack on muscle mass, and he was deemed one of the skinny kids.

Graduating high school he weighed roughly 160-165 lbs. at around 5’8-5’9 range, and then graduating college he left walking toned at 195 lbs.

He was able to make certain changes that allowed for him to tack on clean mass and still keep his abs.

And, we know after my last article that keeping a low body-fat is extremely important for visual abs and a flat stomach!

First and foremost was Andrew’s nutrition.

While he formatted it similar to how we see Hugh Jackman tack on weight to portray Wolverine, Andrew was able to keep it lean and mean by using intermittent fasting.

He also kept his diet clean, keeping it almost paleo-like (which we even just saw from Frank Grillo), and made sure to eat well above his caloric intake.

And, the last part is HUGE.  We know Jackman had to eat over 5,000 calories in a small 6-8 hour unfasted window, which can be HARD work, as many of you may know.

That’s why The Academy has grown into all different formats of intermittent fasting utilizing our Nutrition Classes (Vikings, Hunter Gatherers, Samurais, Monks, and soon to be Spartan Warriors!). 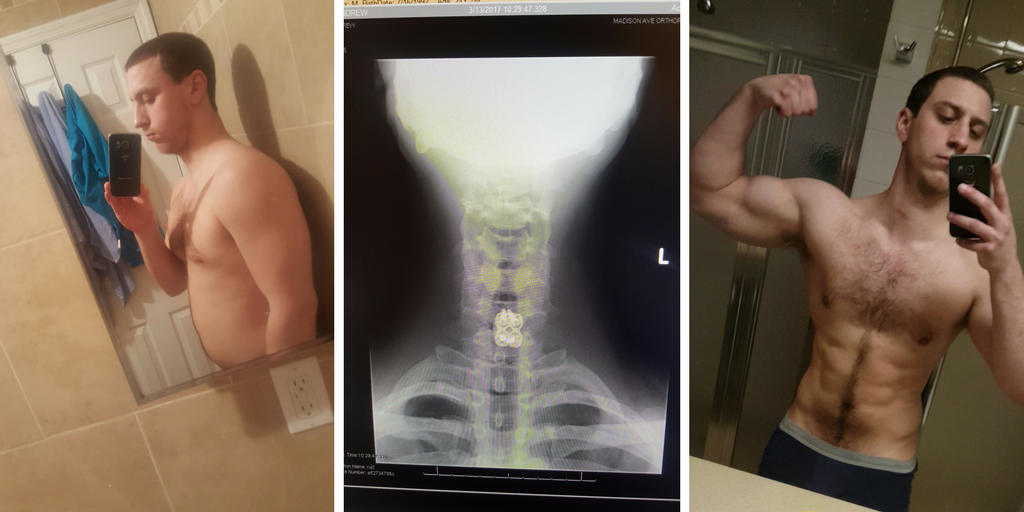 What about Andrew’s training style and routine?

As you’ll soon discover, Andrew has to lift at 50% right now while he recovers.

BUT, that wasn’t a deterrent for him during one of his main bulking phases.

He utilized workouts that fit the style we see in the Batman path (Men’s Bodybuilding), and even the Hulk/She-Hulk Path (Powerlifting) within The Academy.

He loved focusing in on compound lifts to target tons of different muscles, as well as tighten and strengthen his core.

But, do you want to know the craziest part about all of this?

I can’t even tell his AFTER transformations apart from the first to the second, and his training style had to drastically change.

Overcoming and Recovering from Surgery

Andrew had to get ACDF surgery, which he says:

I had the disc between my C6 and C7 Levels of my C Spine removed and fused together.

Okay, and I’m not a doctor or anything, but it seems pretty scary to me…

He goes on to explain a bit more about the process:

I had the surgery in December.  I was in a neck brace for about a month, got cleared to lift at about 50% capacity about a month and a half ago.  It’s about a year recovery in total.

Yes, you read that right…He still has about 6 months left in his recovery and he’s already made a transformation after being out for a few months…

For those of you interested about hearing more about the surgery he states:

I needed it because the disc they removed was pinching the nerve that was running down my right arm and if I lifted my head upright it would send pins and needles down my arm, pain, and my arm would go numb… 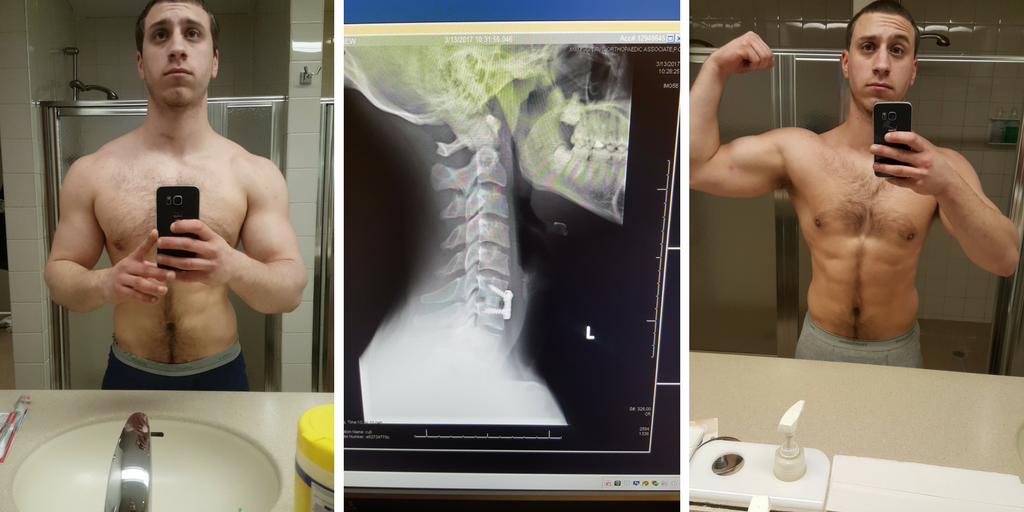 Andrew is still lifting, but much lighter.

He’s now using a mix of the bonus Nightwing (Minimalist) Path, combined with other aspects of the Daredevil/Elektra (Weight Loss) Path, and Batman Path within The Academy.

He tells me that his body-fat percentage is still low, showing off his six pack, because of the Nutrition Classes we utilize.  He states his favorite is the new Samurai Nutrition, but he’s really excited to see the Spartan Warrior release.

He also told me that his current weight is around 180, dropping a bit of weight since college graduation, but still being able to feel and look like a SuperHuman.

Overall, Andrew’s transformations have been pretty incredible, and he’s no where near done!

His recovery is going great, and he’s still pushing forward every day. 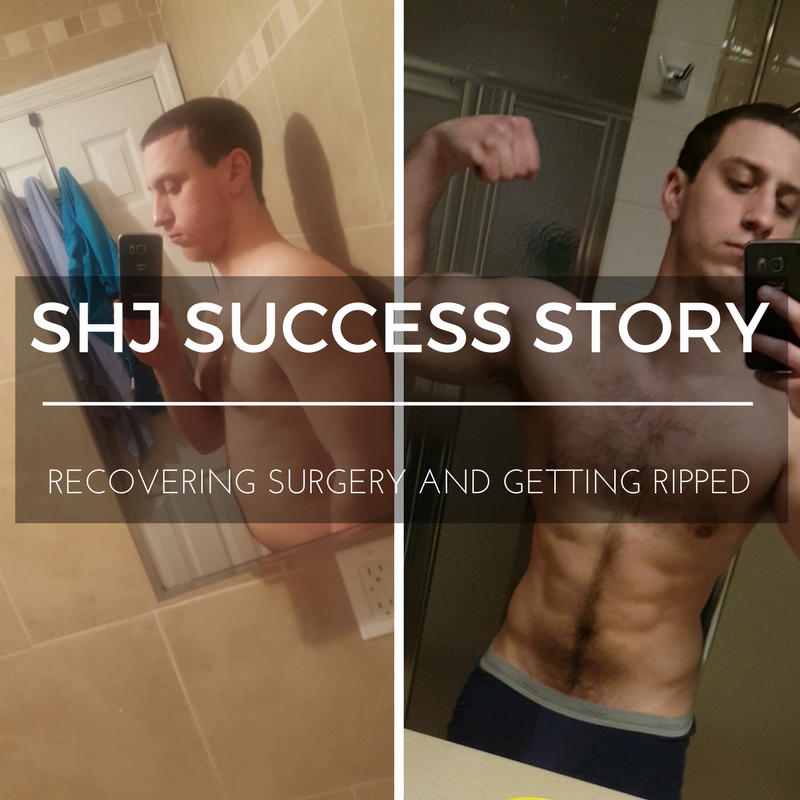