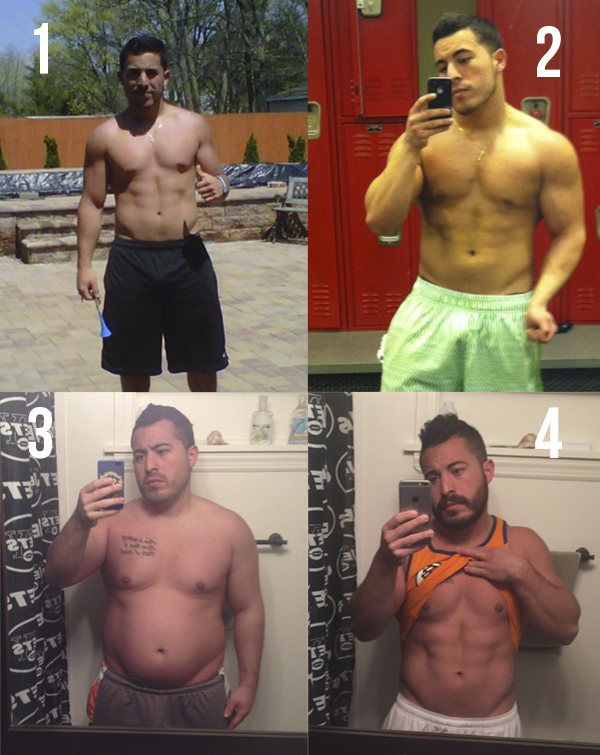 Running Superhero Jacked definitely turns the conversation towards the topic of weight-loss and my own fitness journey.

That being said, I tend to give equal attention to all portions of my journey (and generally for good reason).

This time I want to do it different.

Today I’m going to zoom into one specific portion of my fitness journey and tell you how I ended up where I am now: Feeling, looking, and living like a SuperHuman.

The reason for this is the pure fact that not only did I manage to lose more than 50 pounds, but I’m also now able to sustain a SuperHuman lifestyle better than I ever have before.

I’ve always been into fitness, and I’ve always coached and personal trained, but now I’m able to do so with an approach I’ve perfected on myself and others.

Let’s quickly touch on the four stages in my journey so we know exactly what I went through before zooming in: 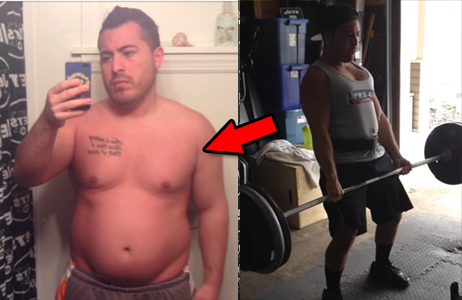 Stage 3 is pretty easy to zoom in on and explain, actually.  I just didn’t care about my nutrition.  Simple as that.  I was eating well over my caloric intake, which actually allowed me to hit my protein intake everyday, but it was nowhere near the type of eating we promote in The Superhero Academy.

And, how could it be?

I based The Academy’s nutritional guidelines on all the things I learned while going through these 4 stages of my journey.

I will make one thing a little more clear though: I was still gaining muscle during this time.  Although I was also gaining a ton of unwanted fat, unlike my previous stage in which I bulked, the fact that I was powerlifting really did at least make me a strong fat mess.

But, not enough to save me from the embarrassment you see in that picture.

Just because I was strong as all heck, does not mean I want to be taking my place on the team with the Superhero Name of The Blob!

When I set my mind to something I make it happen.  I knew it was time to lose weight and get back to being shredded, and I also knew I needed to make it sustainable for the long haul.  There was no way I wanted to fall off again and end up repeating the same process.

I love the feeling of being in amazing shape.  Everything from waking up in the morning to the movements of everyday life become amplified in their own way.  I wanted, and still need that.

That’s one of my whys.

And, you’re going to need some too.

Figure out your “Why”…

I was doing it because I knew what it was like to be in the best shape of my life, and I needed to recreate that feeling.  I still wake up everyday and continue doing what I’m doing because of that.

I was also doing it for my own self confidence.  Being in shape effects who you are in multiple ways.  Not only walking around and fitting in clothes, but your overall aura and self confidence in everything you do becomes adjusted to how your fitness levels allow you to be.

On top of that I had my smaller whys that just continued to support my main reasons.

We go over motivational tactics and setting goals within The Academy as well, and I know very well that this is a main pillar in what pushed me daily (and continues to). 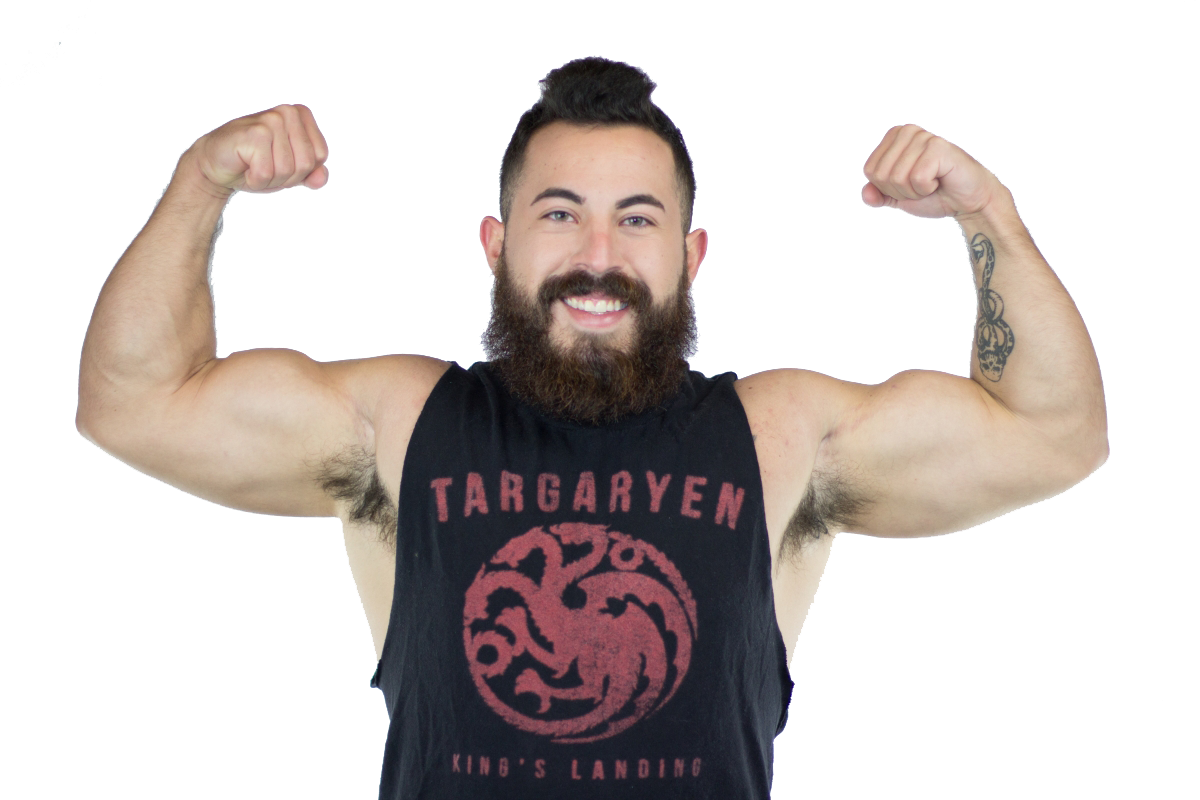 Utilize a Diet that is Sustainable!

Prior to starting my weight loss journey I had guinea pigged SO many diets in the past.  I knew what was sustainable and what wasn’t.  I also knew that I wanted to be able to eat what I wanted at times, because trying to convince myself I could be on a diet that allowed for no cheat meals was a blatant lie to myself.

So, without realizing at the time, I was immediately forming the nutritional guidelines we use within The Superhero Academy.

I began researching exactly why it all worked, and if it was some kind of fluke, but it seemed I had found a magical fountain of sustainable fat loss and muscle toning….

At the time I was intermittent fasting daily.

When I was losing my most significant amount of weight I utilized SuperHuman Fuel and Paleo Guidelines.  The trick to this is that paleo is not calorie counting, so during my larger portions of weight loss the paleo guidelines and beliefs were much easier to combine with that of the high fat calories coming from SuperHuman Fuel.  Not to mention the fact that paleo is inherently a higher fat diet.

I found that the easiest way to do this was to meal prep two meals a day, and one snack for 5-6 days of the week, all made on Sunday.  I say 5-6 assuming that I was also utilizing cyclical ketosis and allowing myself 1-2 cheat DAYS per week.

Oh, the joy of the nutritional guidelines in The Superhero Academy allowing for DAYS of cheats…

And then, when I was extremely used to the fasting (like I am now), I began testing it without the SuperHuman Fuel, and utilized calorie counting mixed with a slough of other pillars that I combined and structured together that worked wonders.

I had read about cyclical ketosis, calorie counting, intermittent fasting, and other things as separate entities, but imagining them together seemed to put them in a place that would actually be more easily sustainable.

So, of course, I tried it. And, it worked, and still works, amazingly!

The combination of these diets is now what are the pillars of The SuperHuman Diet within The Academy, and are also utilized in both functions that I explained here (weight loss, fat loss/toning, and even mass gaining).

I’d also like to point out before we move on: I have used the Ironman donut GIF more than any other image in SHJ……

Fun fact of the day… 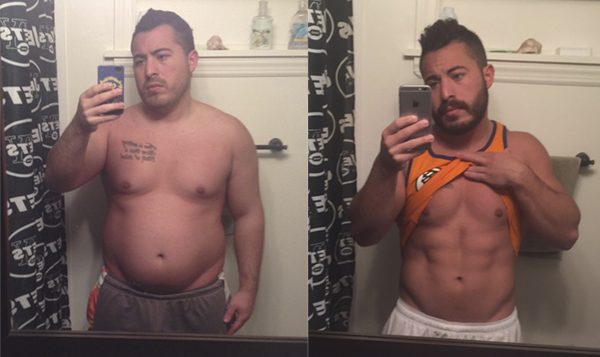 What keeps you going when your WHY isn’t enough…?

My personal favorite for this question is a support system and a mirror.

Seeing my own progress is what keeps me motivated to make more changes.  That, and the fact that a support system leaves me with a feeling of accountability.  I don’t want to not only let myself down, but also the people that I told about my transformation!!!

I use a support system not only in fitness, but also in other aspects of my life as well.  Even here at SHJ I have multiple sections of people that keep me accountable.

You need to use your progress, reward yourself for it, and also have people that you feel can motivate and hold you accountable throughout your journey.

I don’t think I need to explain why that is a core reason for The Superhero Academy having multiple Community aspects to it….

**And, shout out to all The Academy members reading this!  You guys are what keep me accountable in multiple aspects of life, not only fitness, but also SHJ as a whole.**

Everyone has plateaus during their journey.  It’s just what happens.

Each one can be seen as its own plateau, and how you react to it is your own choice.

When I was utilizing the weight loss guidelines the weight was pouring off at first.  Then I got to a certain point where I wanted to make sure I was toning at the same time.  While focusing more on maintaining muscle and toning the weight loss automatically slows down because it becomes “fat loss”.  This is true for everyone.

I had to realize that. And, while it’s upsetting, I knew I was making amazing progress nonetheless.

You have a couple options when it comes to this:

I had to utilize both these tactics throughout my journey, and it’s a good thing I did.  Knowing when to pivot is vital to your overall goals being accomplished.

And, if you don’t know when to pivot yourself, that’s exactly why you have the other members and I within The Superhero Academy to guide you…and motivate you while we’re doing it! 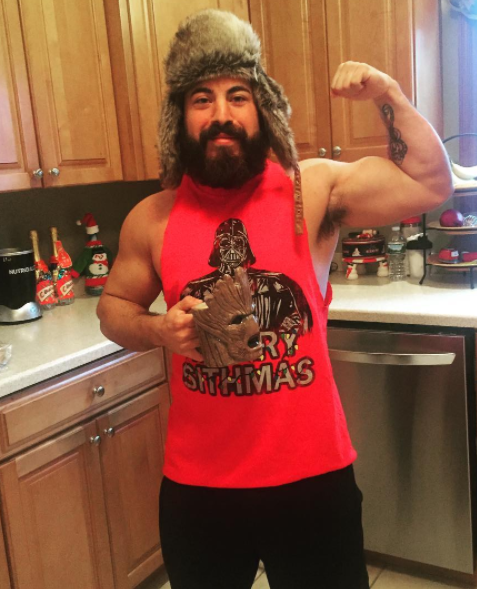 Getting started is by far the hardest part.

So, make sure you have your why (or whys).

Use them, and form habits that will make it easier.  But, remember, it’s easier to break the habit than it is to form it.  Once you have them formed, you’re going to want to hold on tight and keep them going.  They’re crucial to your success.

One cheat meal or cheat day doesn’t mean you can cheat the next, and the next.  And saying “Oh, just this once.” doesn’t count.

If it’s not a planned cheat day, or cheat meal (that means ahead of time), than you say no.  If you begin saying yes once, you’re more than likely going to do it again, and completely reset yourself.

Think of it like a video game.  You can respawn, and each time you utilize a cheat meal you’re fine, but each time you skip the gym when you’re not supposed to, or cheat on your diet when it’s not allowed: BOOM, you just reset the entire thing.  Your habit is dead, and you get to start over.

Hopefully at that point you have a group of people there to catch you, because if not it can be a detrimental ending. 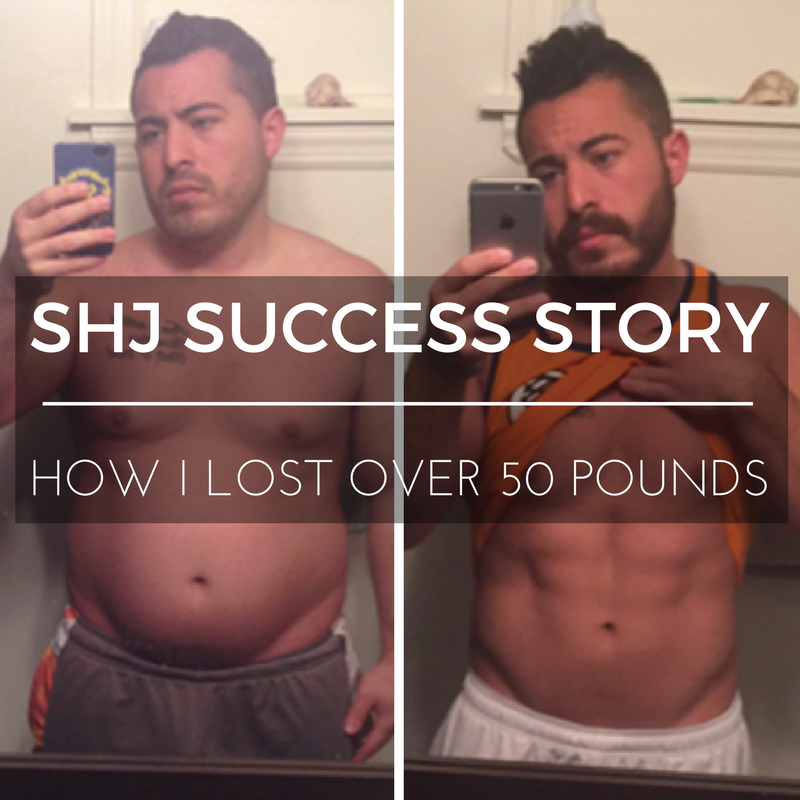