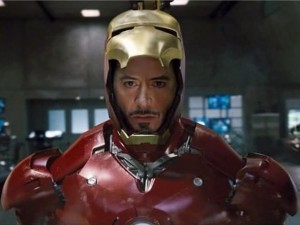 I want to be strong, powerful, lean, continuously on my peak performance, and still have insane brain function…I want to feel and live like a SuperHuman.

But, the question becomes…Is all of this possible and still sustainable?  How can we put all these nutrition facts together and achieve such goals?

Well, we already know the other articles I’ve posted regarding my dieting habits.  AND, for those of you who don’t have the full scoop, we can quickly cover it.  Here are MUST READ articles that will help form an insane diet combined with cyclical keto and carb reloading:

Let’s quickly cover a few more things prior to making everyones head spin a little to fast.  The low-carb diet we are utilizing is the Paleo Diet (this means staying away from high carb foods like fruit and sweet potatoes, unless reloading).  We are combining that with Intermittent Fasting, but turning the intermittent fast into a ketogenic fast by having our BulletProof Coffee (Or Tim Ferriss’ Power Tea) in the morning.  This will kick us into a quick ketogenic response during our fast, but still allow us to use the low carb intake in Paleo.  We’ve also seen The Atom Brandon Routh utilize a diet like this as well.

Is this Carb Backloading?  What’s the difference between CKD and CBL?

No, we’re not exactly talking about Carb Backloading, which is exactly why I’m calling it reloading.  We are going to use the same science behind it and it will allow us to incorporate nice “cheat meals”, but while using it with Cyclical Keto.

Let’s take a quote straight from Schwarzenegger.com (yes we’re talking about Arnold).  This will give us an idea of what Carb Backloading entails, and then I’ll explain how why we’re not calling it that.

Carb Back-loading is the brainchild of John Kiefer, a nutrition consultant to athletes including bodybuilders, powerlifters, and figure competitors. As the name suggests, it entails saving the bulk of your carbohydrate intake for the end of the day. The big selling point for CBL is all the so-called junk food you can get away with on it. We’re talking pizza, ice cream, and french fries, and not only will they not make you fat or unhealthy, they’ll make you big, strong, and lean.

Why the heck aren’t we doing this!?  I want french fries and ice cream!

Alright alright, settle down.  We’re going to be using carb reloading to utilize all the benefits from intermittent fasting, low-carb paleo, and cyclical keto.  That being said, it will have similar effects to that of carb backloading.

The reason we’re not calling it backloading is because we will not be using the exact methods.  With a carb backload you would start by staying low carb for 10 days and then on the evening of the 10th night you would eat a ton of carbohydrates.  You would continue this cycle by staying low carb only to backload on the days you train.  (It gets a bit more technical, but we’ll cover some more of the technical side when discussing our version!)

Let’s take a quote straight from Bodybuilding.com that will help us get an idea of what cyclical keto is:

Is that brain churning yet?  Do you kind of get where we’re going with this?

Let’s get into the HOW we’re going to be using this diet so that it helps us better understand the amazing benefits we’ll soon discuss.

While going for a cyclical ketogenic diet, we will be eating low-carb for 5-6 days and then high carb (carb reload) for 1-2 days.

This is the reason we are not calling it “backloading”.

Why are we talking about cyclical keto and carb reloading?

There’s actually a couple of reasons we’re talking about these two things.  Before I get into hormones and get you excited by the way our body will start reacting, I want to talk about something just as important.

How many times have you started a diet only to bail on it a month or two in?  (Okay, possibly even less, but I was being nice…)

This is because most diets aren’t sustainable.  People begin falling off the wagon for a couple of different reasons.  The same is true, if not more true, when we talk about low-carb diets.  People can begin falling off when they want to have some high carbohydrate, delicious food.  Instead of realizing that the carb reload is good every once in a while they say “Screw this, I want pizza! I’m sick of this low-carb crap!”, and the next thing you know they’re done.

Another reason sustaining low-carb diets is hard is because people can become drowsy and sluggish.  Thankfully for us, we’re going to be utilizing Paleo which will allow us to still get vegetables as carbs and help us through this problem, even while keeping them low.  But, without the carb reload it becomes hard for our bodies to sustain the intense workouts we will be trying to keep up with….assuming we’re going to be training like Superheroes as well.

But, sustainability isn’t the only reason we’re going to be talking about cyclical keto and carb reloading.  As SuperHumans, we’re going to also want to hack our growth hormone production as well.

Who doesn’t want to increase their anabolic hormones?  It’s like cheating the system.  We’re literally going to hack our diets into an amazing growth hormone response.  Specifically, we’re going to be hacking:

I was recently asked “How can you increase your IGF?”.  At first I was a bit taken back because I didn’t have one specific answer.  There are a lot of things that can play a role in increasing your anabolic hormones, but thankfully we have control over almost all of them.

If we’re going to be discussing our growth hormone hacking, it’s also safe to tell you that there are a couple other things that you’re going to hack right along side your diet: 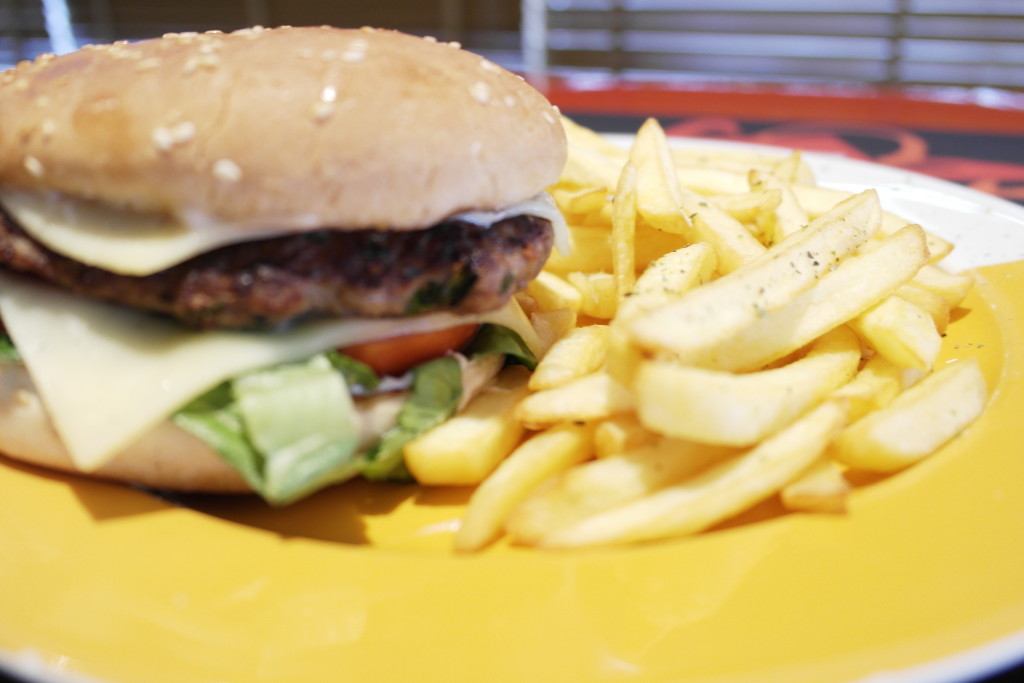 More about the Why and How of CKD

This all sounds great, but we’re going to need to get a little more in depth and take a deeper look and why this is so awesome to incorporate in our diet plan.

One thing we know for sure is that testosterone and dietary fat have a positive correlation.  Being that our fat intake is going to be much higher, we are already on the right track.  We have Bulletproof Coffee and the Paleo Diet to thank for that!  Like I stated previously though, you’re going to also want to keep your sleep health in tact, which will also supercharge your testosterone levels in a way nothing else legal can!

Let’s first start by taking a look at how Bodybuilding.com explains Insulin:

Insulin is a hormone with extensive effects on both metabolism and several other body systems (eg, vascular compliance). Insulin causes most of the body’s cells to take up glucose from the blood (including liver, muscle, and fat tissue cells), storing it as glycogen in the liver and muscle, and stops use of fat as an energy source. When insulin is absent (or low), glucose is not taken up by most body cells and the body begins to use fat as an energy source (ie, transfer of lipids from adipose tissue to the liver for mobilization as an energy source). As its level is a central metabolic control mechanism, its status is also used as a control signal to other body systems (such as amino acid uptake by body cells). It has several other anabolic effects throughout the body.

Well that was a mouthful, but when does our body begin producing insulin?  The answer is simple actually.  Our body produces insulin when our pancreas begins secreting it in response to carbohydrates.  That being said, our insulin levels will remain low because of our low-carb diet throughout the week.

But hey, before you get all mad because you want insulin too….Hear me out!

This is where the carb reloading comes in.  We don’t want to miss out on our insulin response.  Here’s why this will work beautifully:

Once a week you should load up on carbs and let your insulin levels spike. Insulin will shuttle amino acids into the muscle tissue, but we also refill our depleted muscle glycogen stores during this time.

So basically those 1-2 days of carb reloading is still allowing you to get all the benefits, while keeping you as a lean, mean, peaked performance machine!

I can say that because I know I’d be stoked about this information if I was you.

Don’t worry, I’m not just going to throw you into the fire just yet.  I want to do a quick wrap up that will allow you to use all the things we’re taking about to their full potential.

We’re going to be using our bulletproof morning (Bulletproof Coffee or Ferriss’ Tea) to increase fat levels while also putting us into a quick ketogenic response.  In doing this, we’re also going to be utilizing intermittent fasting, but it will actually be intermittent keto fasting due to the fat intake from the coffee or tea.  This will allow us to get all the benefits of the fast, while also getting the benefits of keto.  As for our diet, aside from our morning drink, we’ll be following the Paleo Diet (but keeping it low-carb and doing our best to stray away from fruits and high carb vegetables like sweet potatoes).  It’s best to shoot for a carb intake as low as 20-40g per day depending on training.  Following this, we’re going to be incorporating our carb reloads 1-2 days a week which will allow us to receive the benefits of increasing our insulin, but also keeping it low the rest of the week for an increase growth hormone response.  We will also be working on our sleep health to further increase our testosterone levels and overall peak performance to supercharge this diet.

Oof, I typed all that without breathing!  I hope that quick wrap-up helped!  It’s time to get out there and start living like a SuperHuman.

*Disclaimer: If you do not want to incorporate Intermittent Fasting and/or a Bulletproof Coffee variation you can still use CKD to transform your body and life.*

APPLY NOW!
Send this to a friend