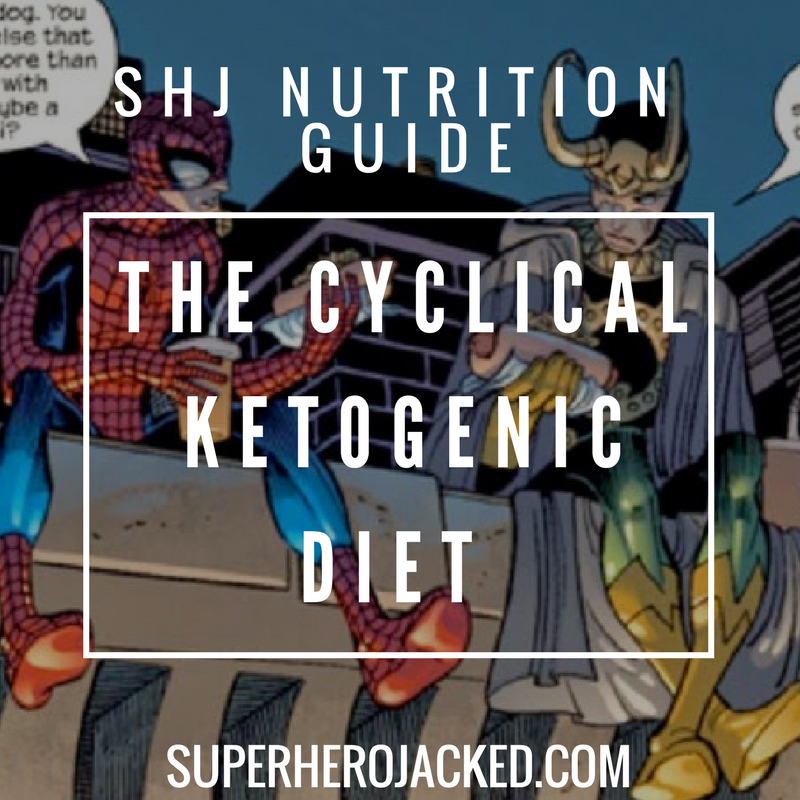 Can someone say carbs!?

Alright, I know at least one of you said it.

Cyclical ketosis is one of the main pillars that we utilize within The Academy dietary guidelines, and also right here for the whole SHJ Army.

That being said, I want to start by talking about some of the great parts about cyclical ketosis.

I think the easiest way to put that into perspective is to say it’s where our 80/20 method comes from in dieting, and is the reason we’re allowed to throw in our cheat meals while having them still be productive.

But, that sounds too good to be true, right?

What is The Cyclical Ketogenic Diet?

Okay, maybe this is a better place to start.

Let’s start with a very broad definition of a cyclical ketogenic diet before we start getting advanced and even talking about all the awesome benefits.

A cyclic ketogenic diet (or carb-cycling) is a low-carbohydrate diet with intermittent periods of high or moderate carbohydrate consumption.

Alright, definitely broad, but we’re kind of getting an idea.

We already know all about “intermittent” because of our other main pillar: intermittent fasting – which is used by Hugh Jackman, Terry Crews and more!

Let’s add to that a bit though.

Maybe you should know what a ketogenic diet is to begin with, huh?

What is a Ketogenic Diet?

That might have been slightly backwards, but I dig it.

Wikipedia tells us this about a ketogenic diet when explaining cyclical ketosis:

A ketogenic diet limits the number of grams of carbohydrate the dieter may eat, which may be anywhere between 0 and 50g per day. The remainder of the caloric intake must come primarily from fat sources, as well as protein sources, in order to maintain ketosis. (Ketosis is the condition in which the body burns fats and uses ketones instead of glucose for fuel.)

We tend to also like that 50g per day mark, especially when we’re training.

Is it kind of coming into picture now?

Well, it’s okay if it’s not.  I’ll explain a lot more, and I want to start going over all the benefits as well.  There’s a ton, and I think I know which one is going to be your favorite. 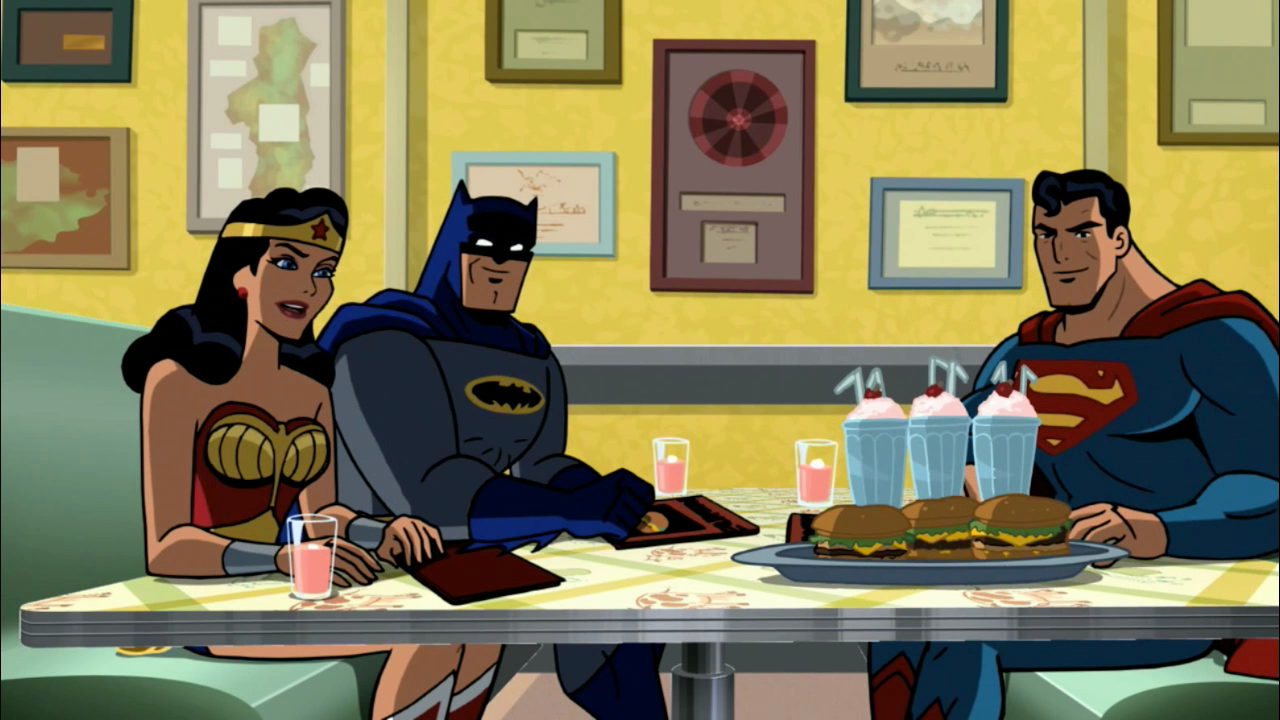 One thing I really liked that Bodybuilding.com did when they were describing the cyclical ketogenic diet was the fact that they made such a big emphasis on anabolic hormones when discussing it.

A lot of the other sources I found failed to do that, and really didn’t break down enough of how awesome this diet can be.

How awesome is that!?

You’d have to be crazy to not want an increase in testosterone, growth hormone and insulin growth factor…

And, you’re not crazy…are you?

Oh, and don’t worry, we’ll get to talking more about how these anabolic hormones come into play, but it’s first more important to fill you in on other things so it makes more sense.

First, maybe we’ll start with an overview of how you can best implement it.

How To Implement Cyclical Ketosis

For the main part of your diet you’re going to be revolving it around proteins and fats, while keeping your carbs low (which we discussed already).  That being said, there are different ways to implement the cyclical ketogenic diet, with some people even choosing to carb reload after each workout, but the way we find the best results is like this: 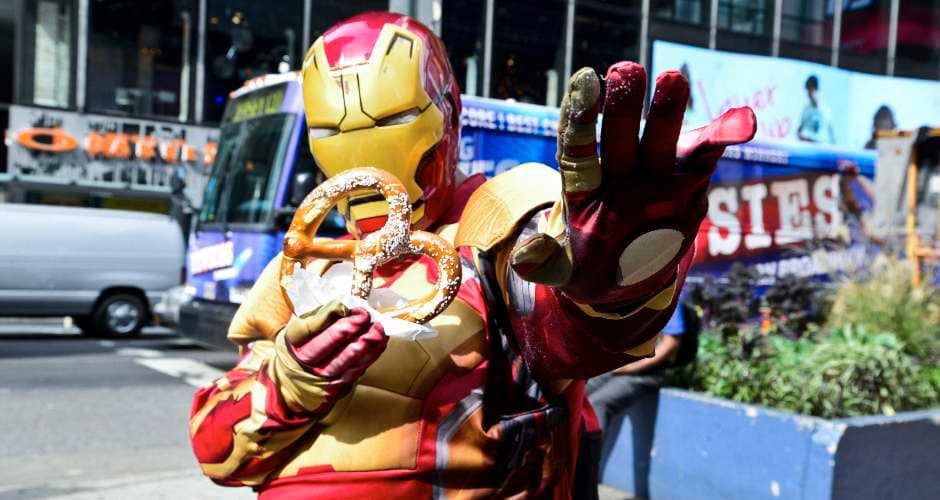 The Benefits of Eating Low Amounts of Carbohydrates

Now we’re breaking ground into the reason behind why we want to eat low carbs in the first place!

And, for this whole next section, being that in no way can I say it any better, I am going to take a large snippet from Bodybuilding.com for you guys.

You’re going to love it.

This metabolic switch usually takes around 3 days to take full effect. Synthesizing the correct enzymes in sufficient quantities to become a fat-burner takes a little time. This is why some new comers to low carb diets can feel foggy at the beginning.

**Mike’s Sidebar: It’s important to use the “carb reload” or “carb cycle” day as a goal. Know that once you’re there you’ll reload, and use that knowledge to push through the other 5-6 days of the week. It takes time for your body to form a new habit, just like you!**

Please do not confuse this short period for the whole diet; your energy will be back up in no time, and for some people, better than ever!

The Role Of Insulin

Some of you may have noted that I left out an important anabolic hormone in the above list—Insulin.

What Does Insulin Do?

Insulin is a hormone with extensive effects on both metabolism and several other body systems (eg, vascular compliance). Insulin causes most of the body’s cells to take up glucose from the blood (including liver, muscle, and fat tissue cells), storing it as glycogen in the liver and muscle, and stops use of fat as an energy source. When insulin is absent (or low), glucose is not taken up by most body cells and the body begins to use fat as an energy source (ie, transfer of lipids from adipose tissue to the liver for mobilization as an energy source). As its level is a central metabolic control mechanism, its status is also used as a control signal to other body systems (such as amino acid uptake by body cells). It has several other anabolic effects throughout the body.

So when does our body produce insulin? Insulin is secreted by our pancreas primarily in response to the carbohydrates in our diet. Since we are keeping carbs low, our insulin levels will also be low. Does this mean we miss out? Not at all.

This is where the carb-up period comes in. Once a week you should load up on carbs and let your insulin levels spike. Insulin will shuttle amino acids into the muscle tissue, but we also refill our depleted muscle glycogen stores during this time. 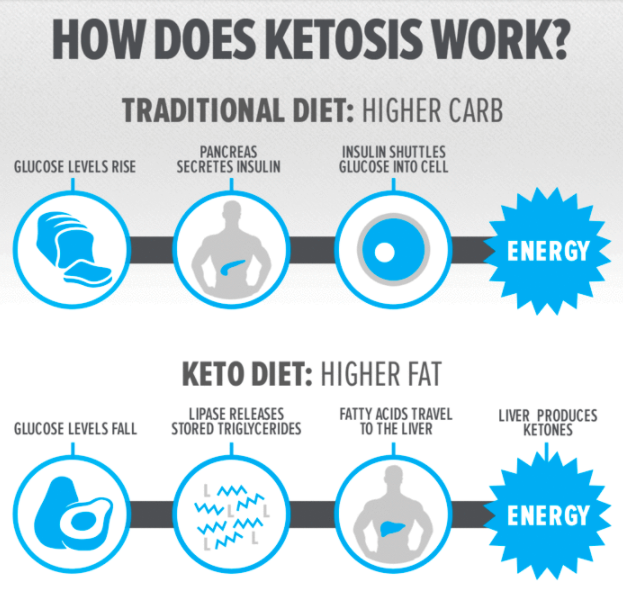 Our muscles are like tanks for glycogen. They fill up and empty again when we workout. Unfortunately when we eat too many carbs these tanks become satiated. Some glycogen is then stored in the liver and any excess is converted to triglyceride and stored as fat. This is where traditional high-carb diets can let us down. So why fill them at all?

Muscle glycogen means better performance in the gym. We load up on it and fill our tanks. By the end of our low-carb period we have once again emptied the tanks and we repeat the cycle over again.

These 2 hormones have a strange relationship. It seems that when one is in abundance, the other is nowhere to be found. We therefore do not want chronically elevated insulin levels as:

Testosterone and dietary fat have a positive correlation; i.e. diets higher in fat and dietary cholesterol lead to higher concentrations of circulating testosterone. We all know how important this hormone is to maximizing our lean muscle gains. You could be throwing away potential gains by consuming a low-fat diet, that goes for the ladies too.

People already know how awesome ketosis can be (one of my favorite humans who talks about its power all the time is Tim Ferriss), and now there’s this tool that allows us to incorporate carbs and only heighten the keto effects?

Now, that is why I love this.

Let’s not finish there though.  I want to break it down a little more, and even discuss some more awesomeness.

I personally also utilize intermittent fasting within my pillars, but for the sake of this article I’ll just go through the breakdown one more time for you guys – this time making it a little more precise.

Keep in mind: some people training 5-6+ days per week can also benefit from including a second carb reload day, but I generally like to keep it to one day per week.

Also, I almost always keep that day planned out.  Sometimes life gets in the way and we can’t be perfect so I’ll use it to hangout with friends or family, but most often then not it’s the same day.

**Sidebar: If you’d like to find out more about intermittent fasting, I have a infographic here, and a full guide here.  And, if you want to know how much protein should be implemented each day check this one out here!**

Why Is This So Awesome? (Are These Cheat Meals!?)

In case you haven’t realized it: I’m giving you a full day each day to reload on carbs.

Okay. I’m sure you realized that by now.

Another benefit that I have yet to mention is something that I didn’t often see apparent within the research I was doing and then I was shocked to find out that Wikipedia actually included it.

Here’s how they state the benefit I’m referring to (which happens to be the one I assume is going to be your favorite):

Well, it doesn’t have to be stated quite that way, but I was more-so excited that they even listed it to begin with.

So, I was originally searching for a way to allow for cheat meals within our diets to actually be awesome.  And with this we’re able to utilize the cyclical ketogenic diet for such awesome response from our body, with carbs!

This has worked fabulously within my own transformation, (losing over 50 lbs. with it, and proceeding to use it to bulk and tone as well), and now countless of others as well.

I’ve now researched hundreds of celebrities and athletes, and one thing I can easily tell you is this: they’re humans too!

They cheat as well, and a ton of them (if not all of them) have a go-to cheat meal to use.

But, why am I telling you this part?

I’m telling you this because I want you to not only know how I came across this, but also to sooth your mind a bit and let you dive into this incredible pillar without being worried.

And, before I rabble on some more about how awesome this is, I’m going to stop right there.