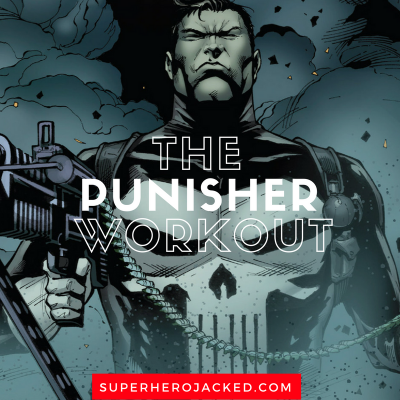 Punisher is easily one of my favorite heroes.

What do you guys think?

This is another workout from Coach Derek, as Punisher is also one of his favorites, and I felt it was fitting to put it in the same week as Black Widow due to the allure of them lacking superpowers (or at least for the most part).

And, while we’re naming who also loves Punisher, if you guys follow me on Instagram or have watched our YouTube Food Challenges you’ll know that Don (guest-star) is definitely someone to name.

Other than Spider-Man, Punishers shares the shortest spot among the heroes we’ve seen thus far with Aquaman.  But, as of now, Spider-Man holds that throne at 5’11.

We’ve had Superman at 6’3, and both Captain America and Batman at 6’2, with Thor towering over them at 6’6 – and Aquaman right below at 6’1 with Punisher.

John Bernthal, who plays Punisher in Netflix’s Original Series, stands around 5’11 and weighs in at around 170+ for his role.

But, hey, don’t forget that all these routines are made for virtually anyone and everyone.

They can all be scaled, so ask for help if/when needed. 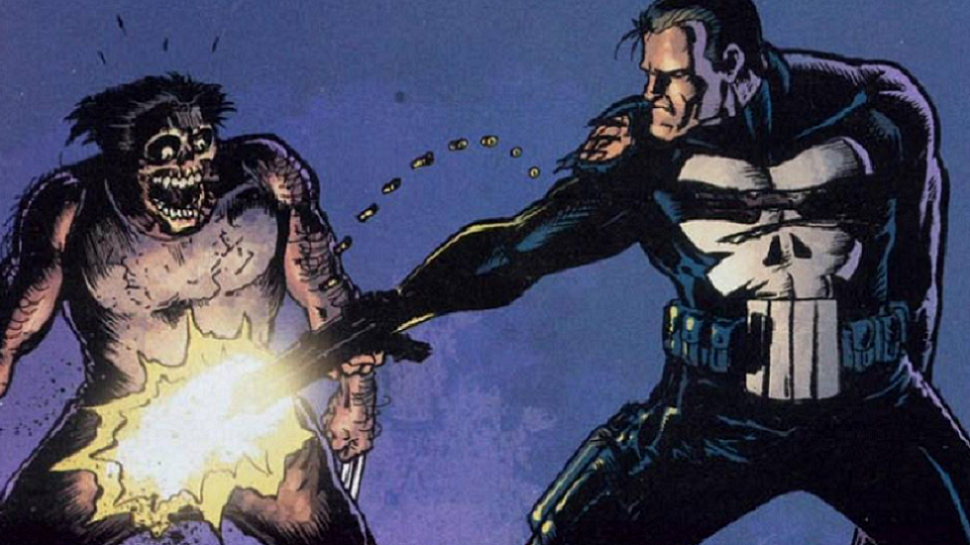 The Punisher Diet and Nutrition 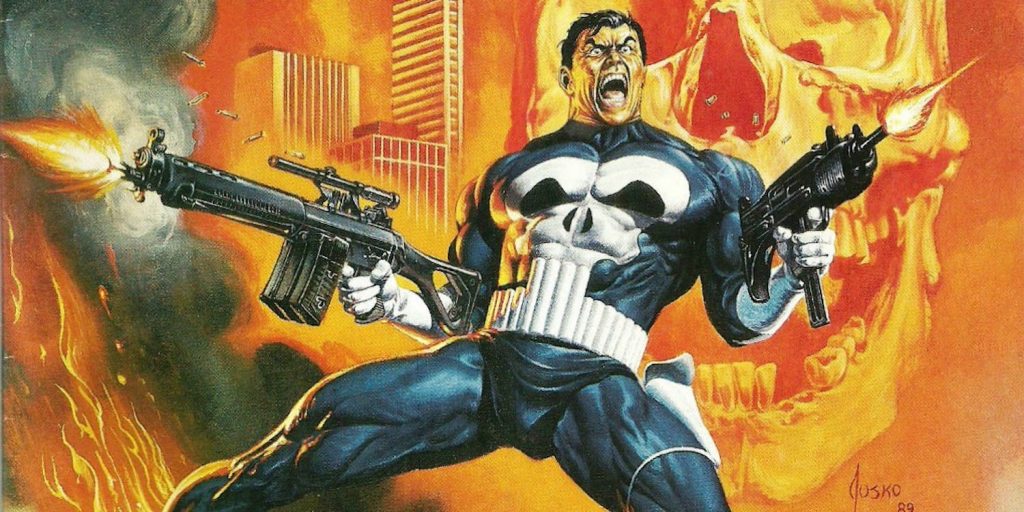 And now we’re ready to talk about The Punisher’s abilities.

Aka: The Fun Part.

I’ll be honest, Marvel gives one of the longest break downs for Punisher’s abilities that I’ve seen thus far while doing our superhero driven workout routines.

For that reason, I’m giving you all of it:

Punisher is the recipient of multidisciplinary military training from the U.S. Marine Corps. While a Marine, he also received training from the U.S. Army and Navy. From this training, Punisher is proficient in not only basic infantry skills, but in special operations, which includes the use and maintenance of specialized firearms and explosive ordnance. He is highly trained in infiltration into heavily-guarded enemy territories and structures for the purpose of assassination, captures, and military intelligence. Also, he is trained in various forms of camouflage and stealth. From his airborne training, Punisher is able to pack and maintain his own parachute rigs, as well as professionally control his landings, in daylight and at night. From his Navy UDT training, Punisher is well-skilled in extended underwater operations, including demolitions. He is skilled with a great many types of explosives, ranging from simple dynamite to plastique to improvised explosives. His hand-to-hand combat skills are more then sufficient to allow him to incapacitate and kill men much stronger than he is, as well as to deal with groups of armed and unarmed enemies, killing them all without weapons if he deems it necessary. He is also extremely deadly in knife training, preferring the knife he learned to fight with in the USMC: the ka-bar. Additionally, he is a preternaturally-precise marksman. He is thoroughly trained and experienced in unconventional (“guerilla”) warfare. He is an armorer, a gunsmith, and an expert in field medicine.

If you guys don’t want to read all that, this is kind of what it said:

“He is freakin’ awesome.”

And, to give you guys another view of the breakdown of his abilities/skills, here is what Wiki tells us (for a bullet format):

Which are the reasons Coach Derek decided to step in and research/create us a workout for this one.

His base of operations always moves and he is constantly on the run. Frank is not going to have a lot of  equipment.  He will be utilizing what he learned in the Marines along with what he did in the confined areas of a prison cell & bunkers along with makeshift weights, and sandbags  to stay on his game.

The War goes on……

Every Minute on the minute (EMOM)

Mountain Climbers on Cinderblock 3×40 (each leg)

Rotational twist with cinderblock  50 each side

Engage in or combine any of these activities:

Run with Sledgehammer, weighted bar  or bricks ( to simulate weapon and ammo carry)

Dynamic movement when running (to build ability to change direction, smoothly and effectively)

With sandbag ,- Squat  to Chest ( push or Basketball ) pass/press  25 reps

With Sandbag – Good Mornings to Failure

With Sandbag-  Side Lunge to Front Raise 25 reps

With SandBag – Hammer Curls to Failure

With Sandbag Rotational Twists to Failure

Hill Sprints carrying Sandbag on Shoulder, at top of hill, Switch Sandbag to opposite Shoulder, Jog Back down hill