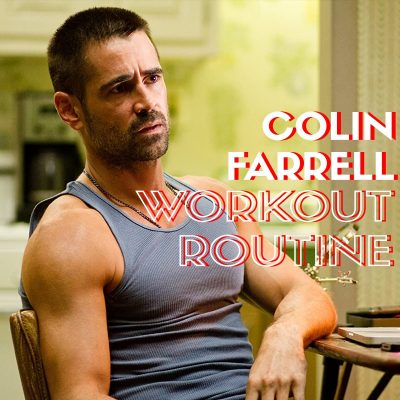 Not only has he been in movies like In Bruges, True Detective, Alexander, The Lobster, S.W.A.T. and Seven Psychopaths (and one of my other personal favorites is Phone Booth), but he’s also played in Fantastic Beast and Where To Find Them, and Daredevil – the villain in each.

Yes, that puts him in both The Harry Potter Universe AND The Marvel Universe.

And, he’s also playing Holt Farrier in Disney’s Dumbo (as well as being in Saving Mr. Banks) which just adds to the list of awesomeness.

Ryan Reynolds might even refer to him as a manlet. 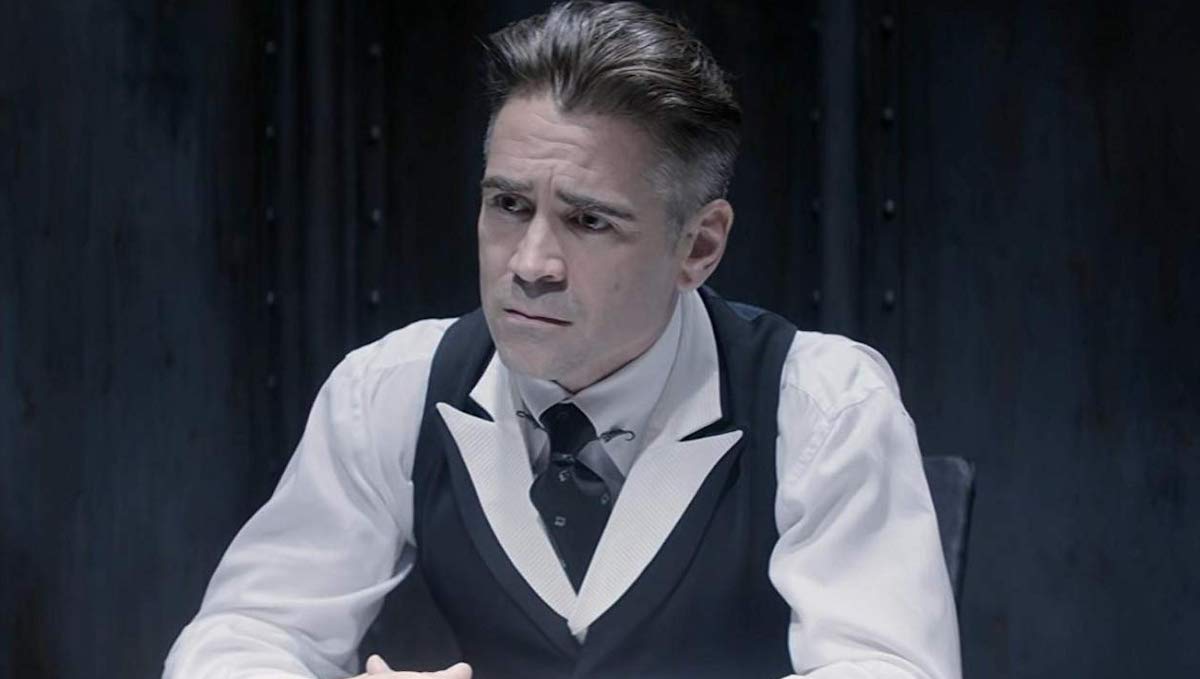 For Colin Farrell’s role in The Lobster he gained 45 pounds (of what was mainly fat).

“I would put [ice cream] in the microwave to melt and drink it,” Farrell told The Hollywood Reporter.

“Two cheeseburgers, fries and Coca-Colas, and two slices of chocolate cake at 10 am is not that fun.”

Prior to that, in 2012, Farrell used a low-carb diet to get shredded for Total Recall.

So he’s gone to both extremes, but prefers the healthy style of living.

“I live a clean lifestyle,” said Farrell. “I eat really well, drink loads of green tea, and take a [loads] of vitamins. I want to live for as long as possible now. I have two boys that I want to see grow up.”

But he’s not always perfect.  He has said that he tends to be pretty extreme when it comes to his dieting.

Here’s some more from Farrell about his dieting:

“Kebabs, fish and chips, lashings of butter on bread…nonsense stuff that you should be eating once a month when you’re six years old if you’re lucky – not a fully grown man who’s bingeing,” he added.

“I mix it up. I live in extremes. I’ll do that then I’ll come back and clean my system out,” he said.

He calls it extreme, but it’s okay to live a little.

During his non-binges Farrell also says:

“I watched what I ate and made sure I got 150g of protein every day, and worked out fairly hard.” 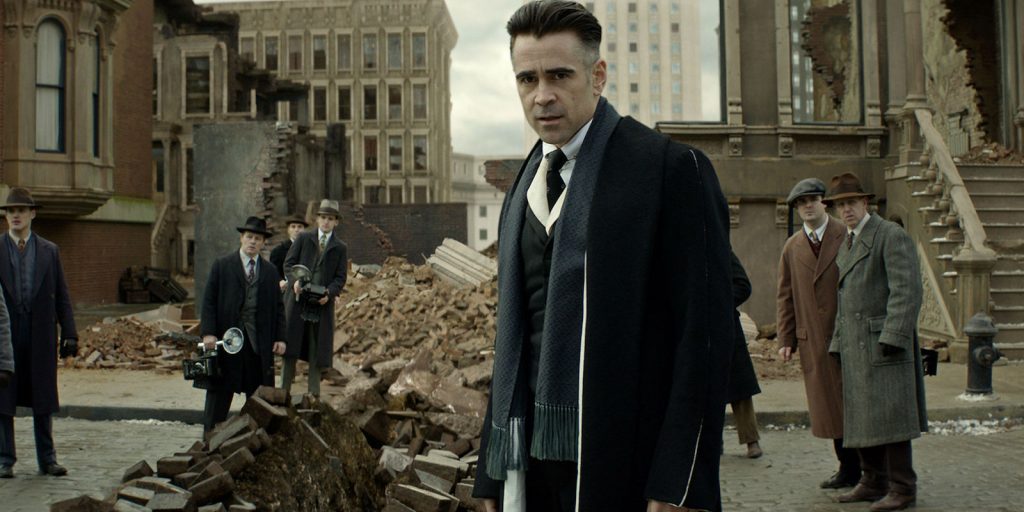 Colin Farrell has also put in the hard work in the gym to maintain his bod.

“I love the gym. I do now. I don’t love running on the treadmill but I kind of like the feeling after. So it’s worth it. I like the ritual of going to the gym,” he added.

It’s even been shared that during his Total Recall transformation he was following a “rigorous training regimen that included daily 2-mile runs and an hour of weightlifting six days a week,”.

Thankfully for us, Men’s Health shares a piece of Colin’s training regime.

In an interview/article with Ana Novakovic, Farrell’s training partner, they tell us:

Farrell kept his workouts varied. This is a typical 90min session, however, variety was at the heart of his regime – so feel free to swap out certain moves and play around with sets and reps. “We wanted to keep challenging his body,” says Novakovic. “To keep developing, it was important that he never knew quite what to expect next.”

So I’ll be sharing what they give us, while also giving you the programming from Total Recall as well.

We know tons of celebs switch up their programming, which is why we have a lot of articles that get updates and even version TWO workout routines, so we’ll be including multiple options for this one as well.

Colin Farrell switches up his programs and loves to keep it “varied”.  But, he’s also trained extremely intense for specific roles like Total Recall, in which he was in the gym 6 days a week and running 2 miles a day as well.  I’m going to be programming you 3 days of training that are based on a share from Farrell’s training partner, but also including how to turn that into a 6 day a week program as well.

B. Medicine Ball Press Up

A. One Arm Dumbbell Snatch

B. Side Plank (switch sides each set)

B. One Arm Cable Lateral Raises

If you’re looking to step it up a notch and train like Farrell during his Total Recall days, you’ll be training at a higher volume than the above listed programming which is based on his training partner’s share.

You have a few options. You can rinse and repeat the workout above so that it’s 3 days on, one day off, leaving you with 6 days a week (like Farrell), OR you can really vary your training like Farrell did and use any of the WODs below:

Also remember Farrell ran 2 miles per day on top of his training in the gym. Some of these WODs won’t require that as the cardio is inherent, but it’s something to keep in mind if you choose one of the shorter ones from time to time.

Complete one of these Crossfit WODs (make sure to vary them):

Five rounds for time:
800m run
30 kettlebell swings at 70 pounds, if you can, er, swing it
30 pullups (band-supported if needed)

For time:
30 back squats loaded with your body weight equivalent
1-mile run

For time:
150 wall balls at 20 pounds with 10-foot target (stopping before complete failure)

In 7 minutes:
Do as many burpees as possible 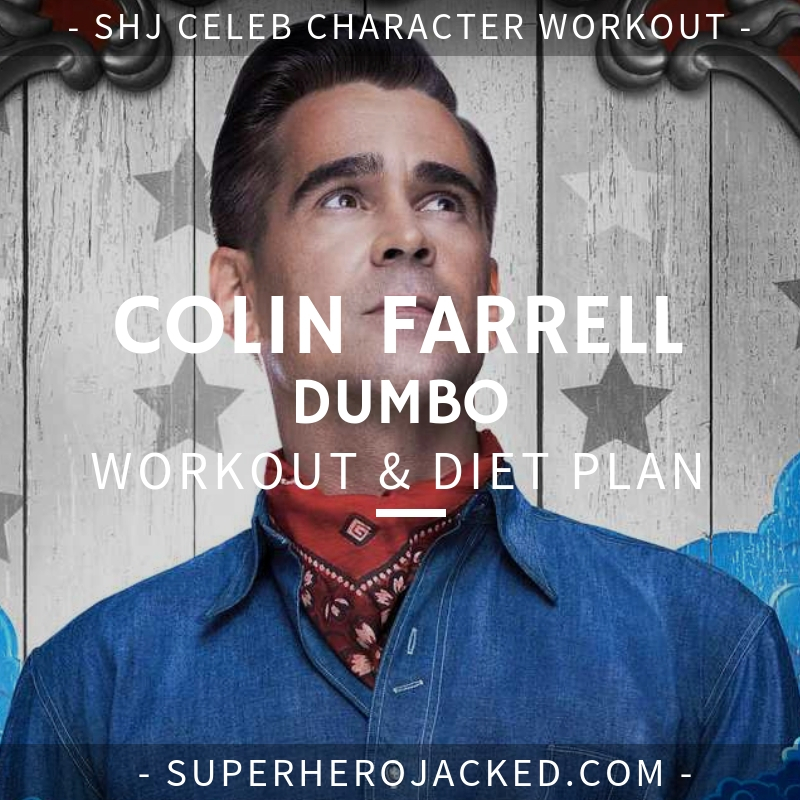 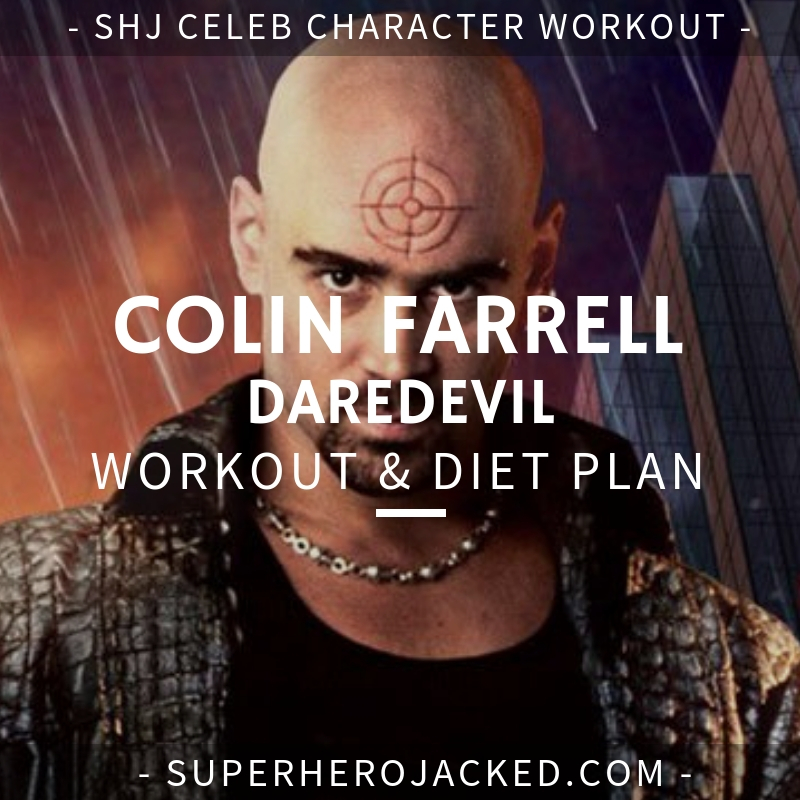 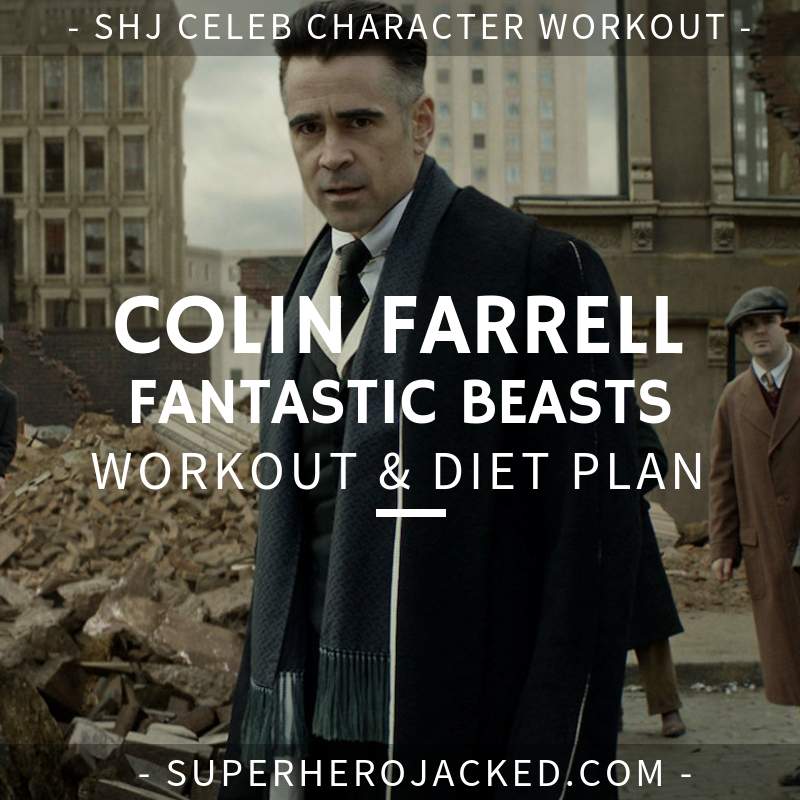 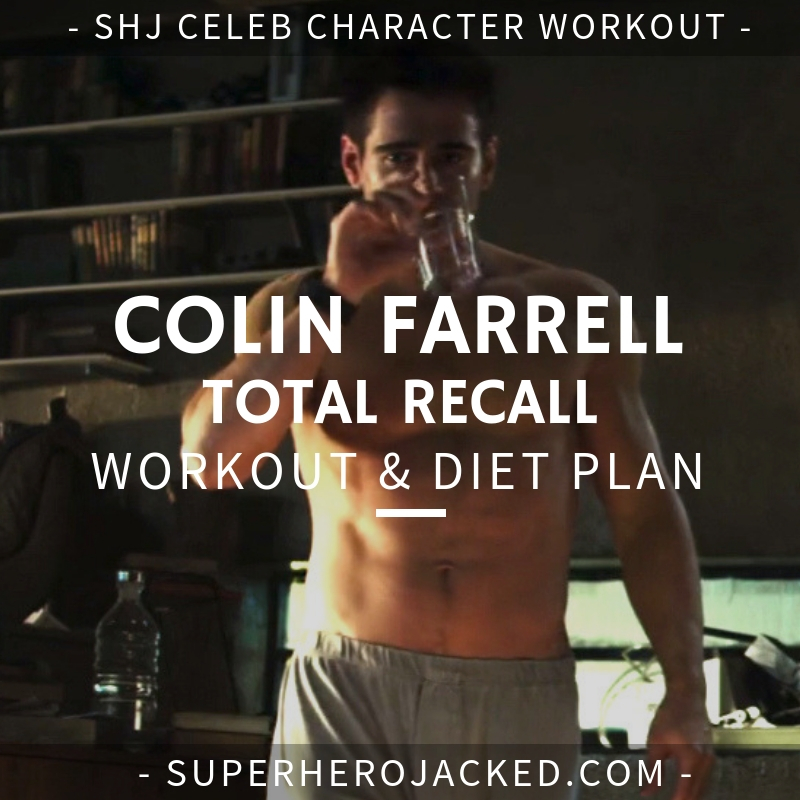 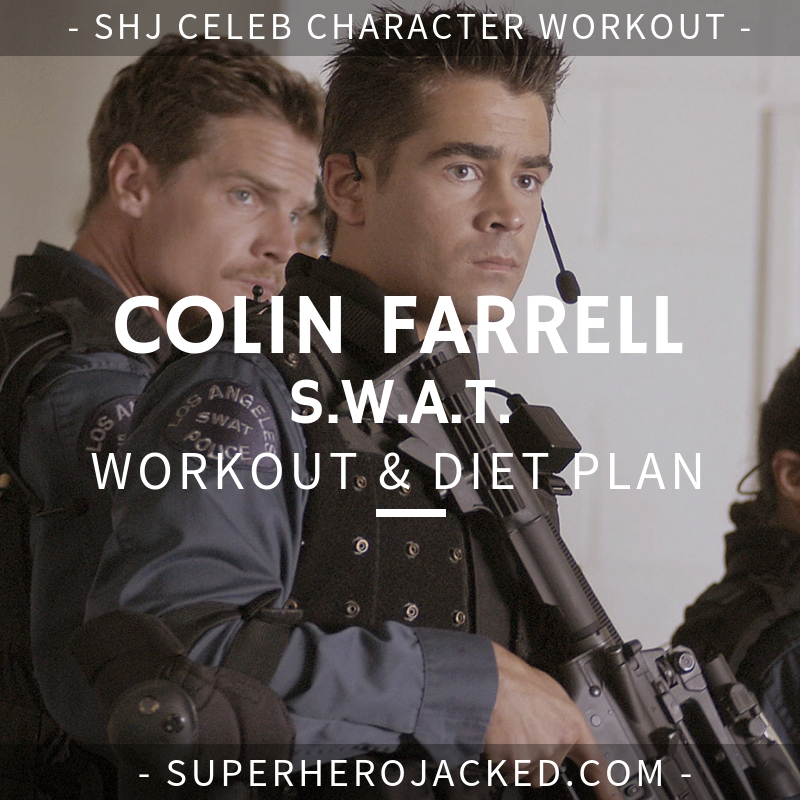 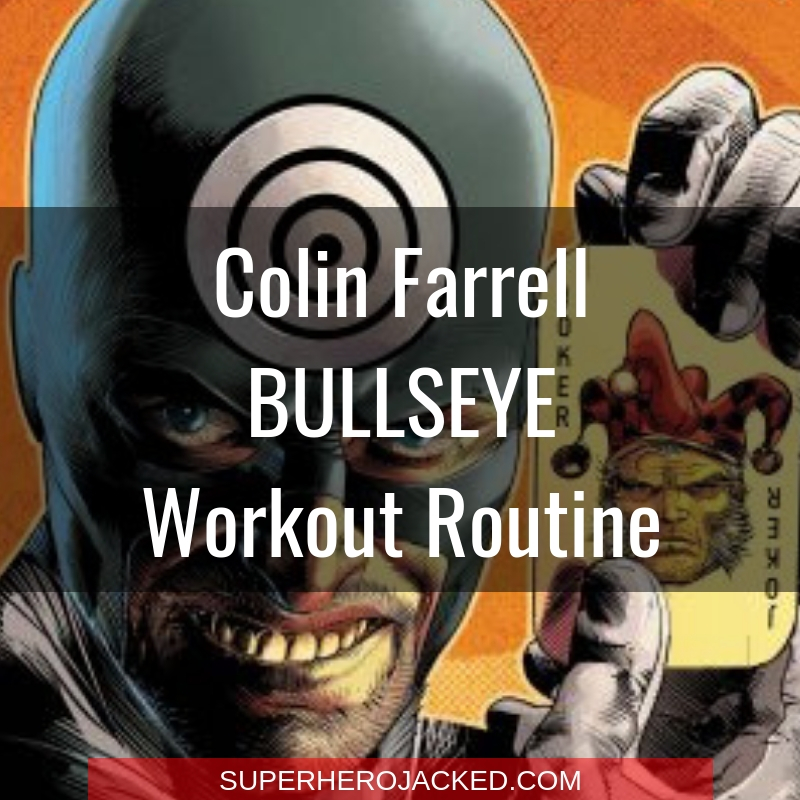 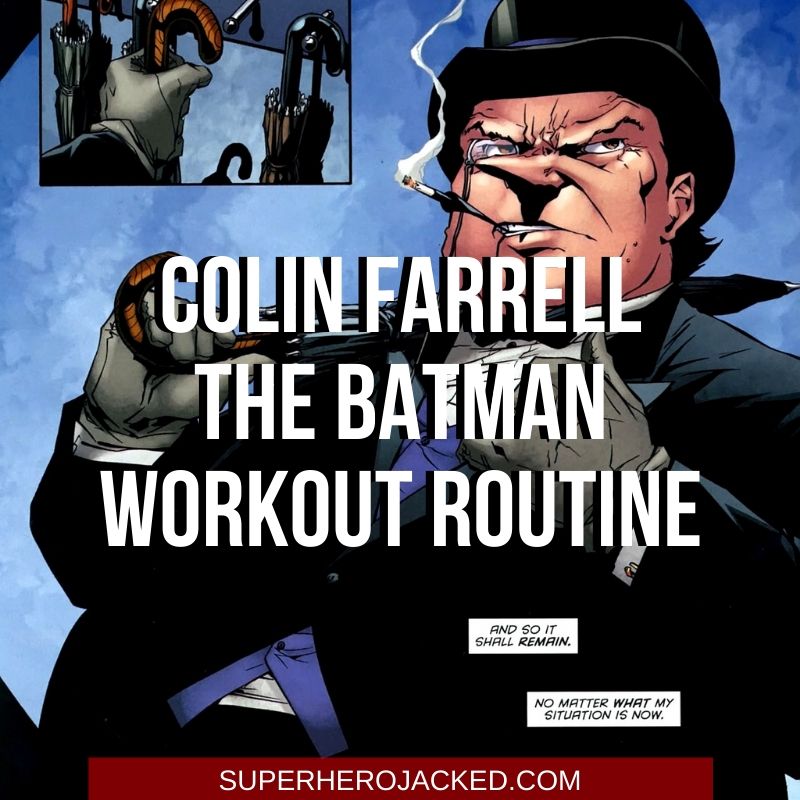 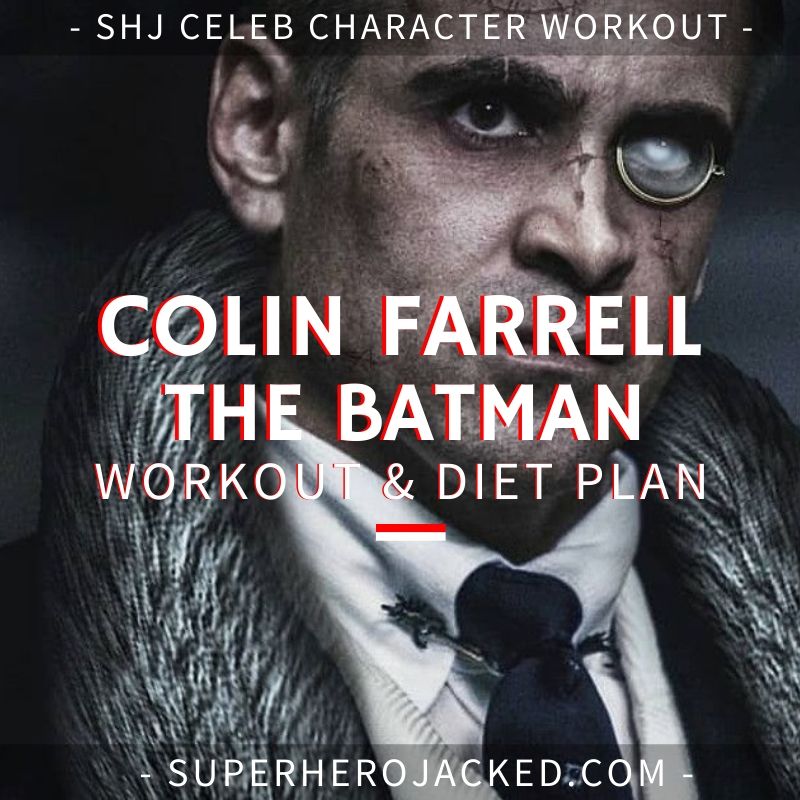