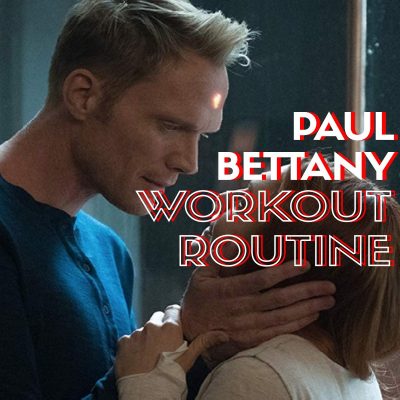 Did you guys know Bettany was pretty jacked in Legion?

He plays the archangel Michael and from there goes on to play Dryden Vos in Solo: A Star Wars Story, and obviously JARVIS who becomes Vision in our Marvel Cinematic Universe.

Especially considering he was also in Master and Commander, A Knight’s Tale, Margin Call and much more prior to all of those.

But we’re definitely shooting for an Archangel/Vision physique for this one.

Paul Bettany is right there with a ton of our other Avengers and MCU.

You know, our “average” height range among male celebs.

As you can tell from the short video above: Paul Bettany restricted carbs during his Avengers diet.

We’re no stranger to a carb restriction.  We like it, if the restriction can help us stay in a deficit.

You go to the gym and lift heavy things and don’t eat carbs.

“I look at a burger and I gain ten pounds.  No cheat days for old Bettany.”

Which I find funny for some reason.

Some other useful information is from CoachMag in which Bettany is being interviewed about his Legion routine.

Here’s a snippet about his dietary change POST weight-loss for Legion:

You had to quickly gain 40 pounds for your next film – the Darwin biography Creation. In someways it must have been enjoyable because you could eat like a real person, but how hard was it to see your hard-won body disappear?

Eating whatever I wanted all day long was fantastic for the first couple of weeks, but then it became a fucking slog to stuff myself all the time. I had to do it though.

A little earlier in the interview we find out for Legion he was eating “small lean meals, such as chicken and steamed vegetables, every four hours”.

So as you can see he’s had multiple dietary adjustments, all tweaked to fit what could be sustainable in the moment. 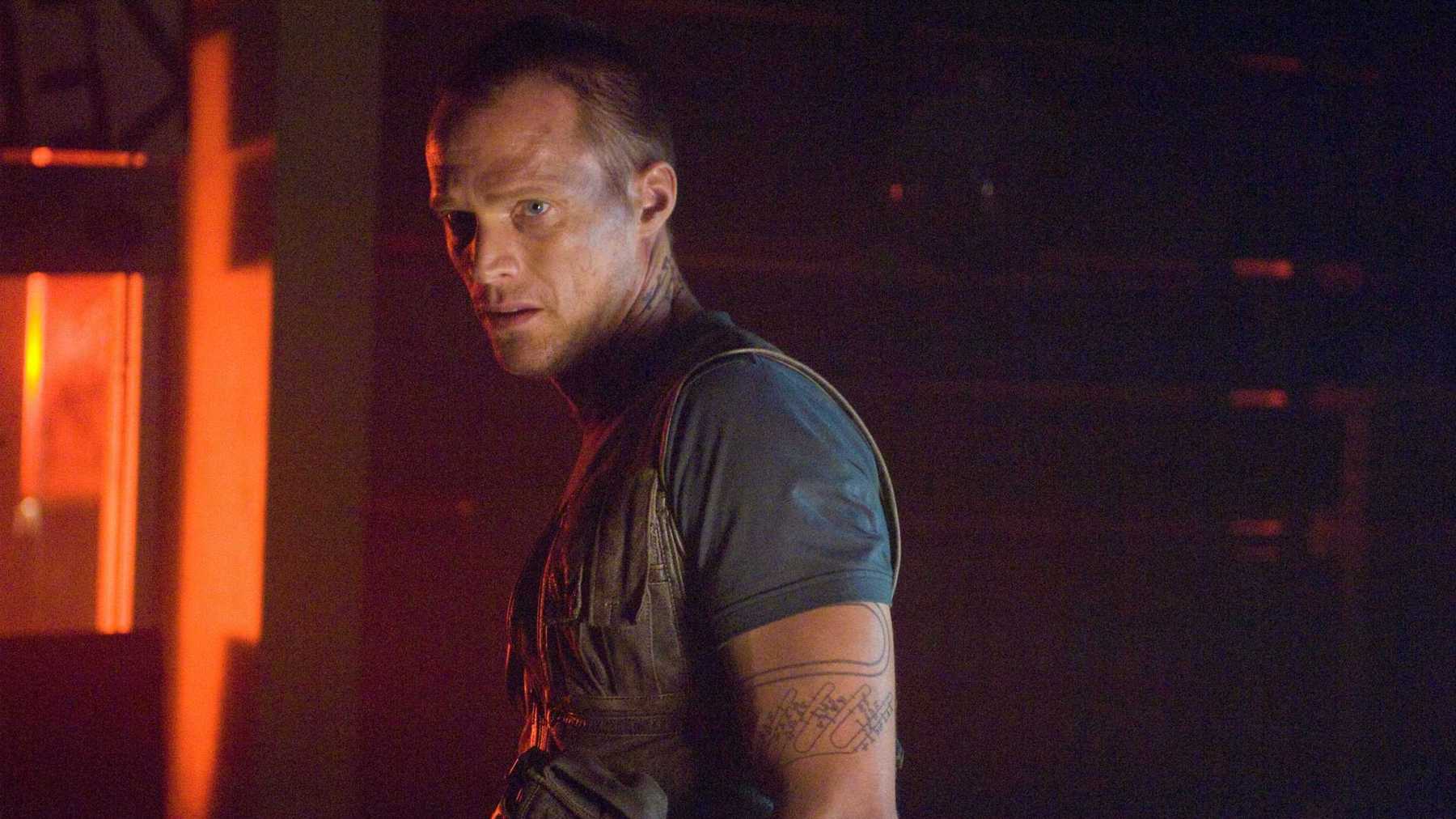 Bettany mentioned going to a gym and lifting heavy things.

But let’s continue with some more from Bettany on both his Legion training and his training to become Vision.

Sticking to CoachMag for now, Bettany shares a circuit with them (which we’ll utilize later), and also states:

What was your fitness routine like before you started training for Legion?
I was a beer and bread man, so it was a big adjustment. Motivation wasn’t a concern – I have a extreme work ethic. If someone pays me a lot of money to build a superhero’s body, I’ll do everything in my power to get that look.

Did the physical transformation help you get in the right frame of mind to play such a self-assured character?
Absolutely. Everyone that does weight training knows that you stand differently after you do back and shoulder work. I feel much stronger and more aligned after working out. I’m very lucky to have Mike Hood as a trainer. He’s really a great motivator because he’s fucking funny – he’ll keep you laughing through your workout.

Mike Hood, Bettany’s training, had him going through a core training session first and then continued to put him through a grueling circuit (which, as I said, he shared), to get the most results out of the least amount of time possible.

Hey, we like “most results with least amount of time”.

Kind of sounds like our 3 Hours to Superhero Program…right?

Here’s a little more information about Bettany and Hood’s training:

For maximum results in minimal time, Hood started Bettany with five days of interval circuit training every week. Because Bettany’s abs were going to be on show a lot during the movie, each workout began with several core exercises, then moved on to a three-round circuit. ‘The idea was to blast his body to get a lean, ripped look. His heart rate was elevated throughout the workout, he was never sitting around.’

We’re going to start with core exercises just like Bettany and then work our way into the circuit he was put through every day.  Swap through different variations of core training from day to day.

Only perform one of the three variations listed below and change it up from day to day.

Do all movements listed for that given day, taking breaks in between each.

Do all four circuits below everyday.

These movements can be done w/ weights ranging from light to moderately heavy – but they can also be scaled down to bodyweight movements as well. 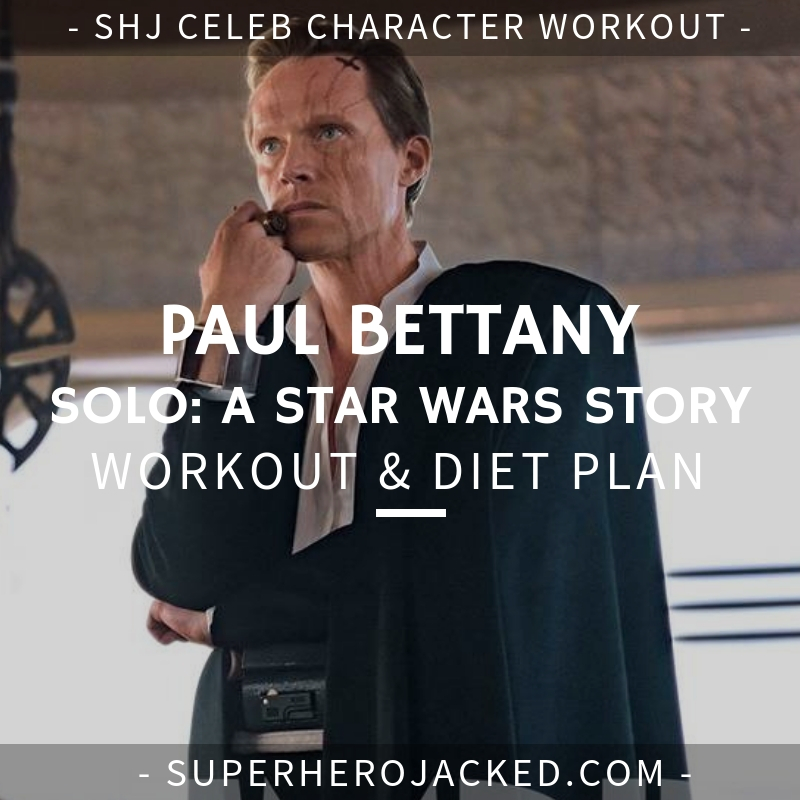 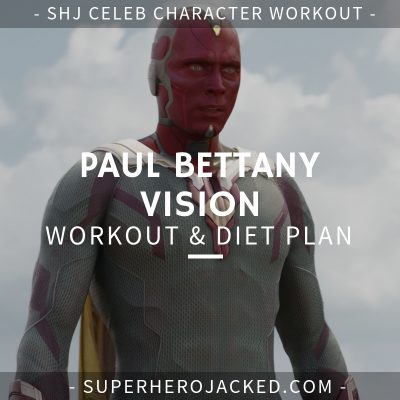 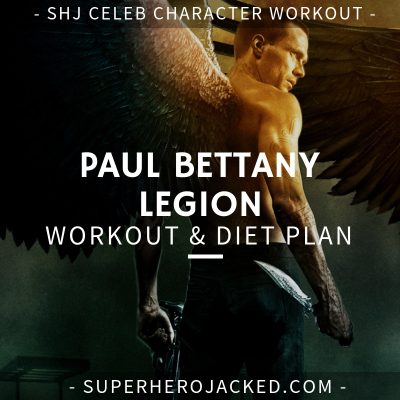 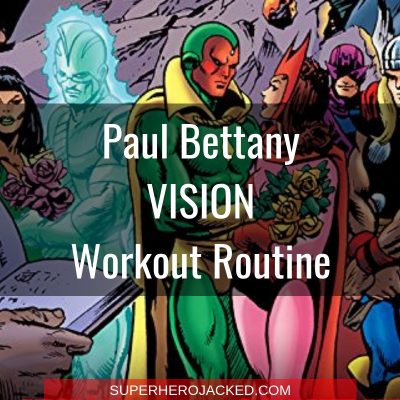 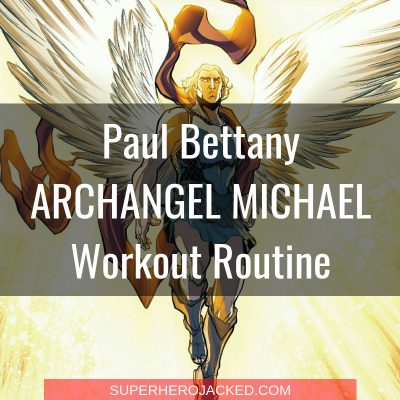 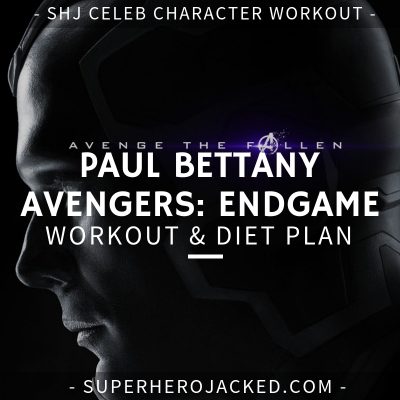