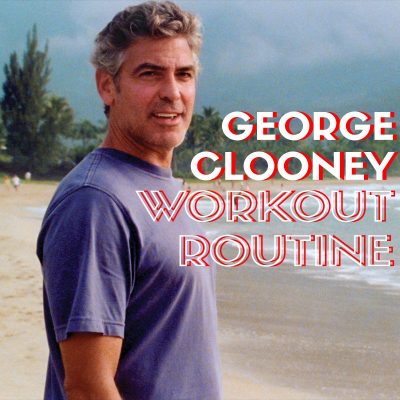 Now maybe she’ll actually read an article on my site…

Probably not, but at least it’s wishful thinking.

Clooney has been in too many amazing roles to even name, but to attempt to name a few, he’s been in Batman & Robin, The Perfect Storm, Michael Clayton, Ocean’s Eleven through Thirteen, The Ides of March, The Descendants, and so much more.

I’m sure my mom can make a better list.

George Clooney is actually shorter than the average height we’ve seen among male celebs at SHJ.

Only by a couple inches, but if you asked Ryan Reynolds he’d probably call him a manlet like he does with Josh Brolin. 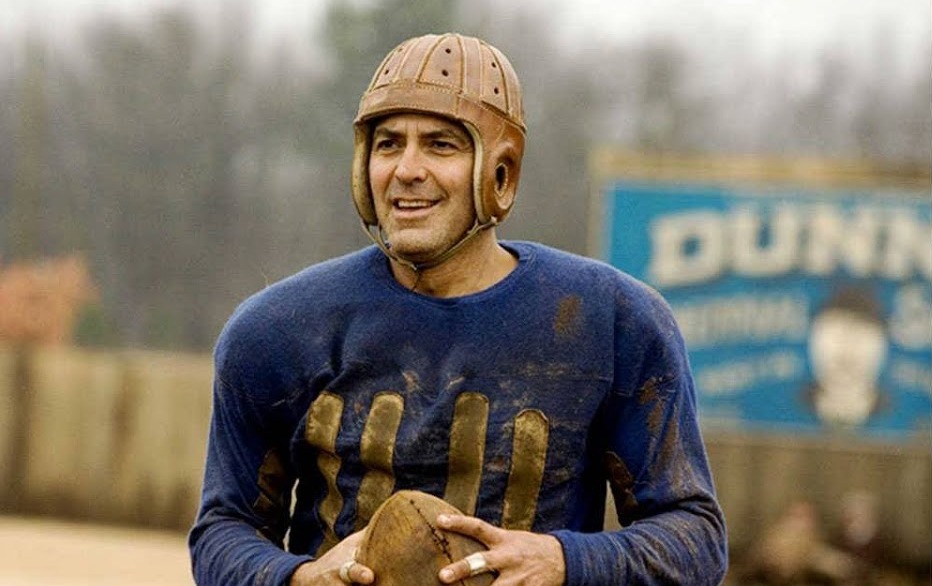 Some sources say they can only speculate at George Clooney’s nutrition, as the stud has been seen scarfing down hot dogs and other junk food, while also fine dining and seeming to usually keep it “fairly” clean.

That being said, there are some others who share Amal Clooney’s (George’s wife) diet, both post baby, and now current, which George has more or less been taken part with.

It is important to note, however, that both George and Amal believe in keeping their diet sustainable and indulging, in moderation.

In an interview between Amal and Vogue, they share:

“Where would you like to sit?” she asks, gesturing with a mug of espresso. (Two years ago, she and George tried to go on a healthy-eating cleanse. “It was hard to give up the glass of wine in the evening, but even harder to give up the espresso first thing in the morning,” she recalls. “We’re like, Aren’t we supposed to be feeling amazing?” They bailed on day eleven of three weeks.)

I guess eleven of twenty one days ain’t too bad.

Amal also shared that she utilized the Mediterranean diet to bounce back to her current weight after having children.

While George doesn’t specifically share his experience in these interviews to give us clarification that he joined her 100%, we can speculate that he was eating more seafood then the pair were having prior to the diet.

That being said, for the most part we can obviously tell he likes to keep it pretty sustainable and indulge when he’d like, while also working in a healthy moderation. 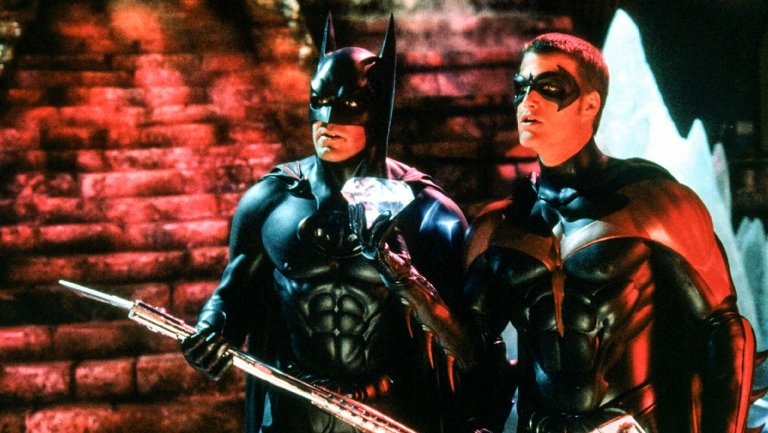 There is a quote from an interview with Daily Mail that has Clooney talking about some of his “fitness secrets” that dates back over ten years now; but just about every source talking about Clooney’s fitness routine refers to it.

I guess if you can’t beat em…join em?

Here’s what the stud has to say:

“Well, we do a lot of aerobics, a lot of dance, there is a lot of jazz-ercise, the ab-master, there’s the butt-blaster or whatever it’s called. And also there is a lot of yoga. And I have also just finished doing a movie where I did (American) football with a bunch of 21-year-olds which I highly recommend. That’s going to keep anyone in shape.”

And from looking a bit further I was able to find that the specific yoga that Clooney is referring to is Bikram yoga.

For that reason I will be sharing a program from the pros for you to utilize this a few times a week, on top of some abs, bodyweight stuff, and cardio to make up for our lack of jazz-ercise programming!

I know this is specifically about Clooney’s programming, but it seems George and Amal do a lot together, so I figure I’ll give you guys some more information to work with.

PopSugar also tells us this about Amal Clooney’s workout routine, which we can use some of for George’s training:

At the very least we can add in a walk/cardio section and take into account the liking for tennis.

Do you think we’re ready?

For this routine we’re going to be doing a mix of Bikram yoga, cardio in the form of walking, tennis, or jogging, and a light mix bodyweight movements on top of ab work and “booty blasting” as Clooney called it. Perform either the every day workout 3-5 days a week, or blend in a happy mix of yoga with it as well.

We do have some yoga videos inside The Academy that you could utilize, but for the most part the best way to go about yoga is to perform it in a classroom setting, or follow an instructional video (AKA: it’s a bit harder to read what I program for you and just do it as is.)

That being said, Bikram has 26 specific poses.

You can download an image to all 26 by clicking this button.

I’ll also include it in George’s PDF download for you to use. 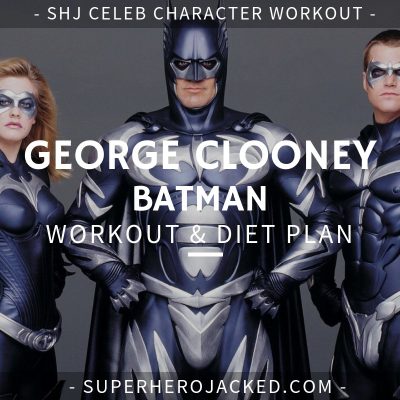 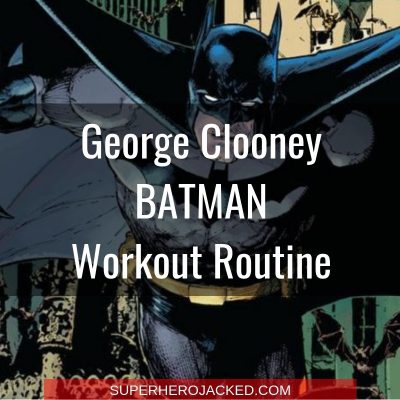 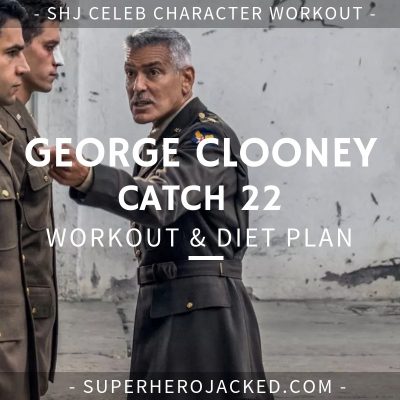 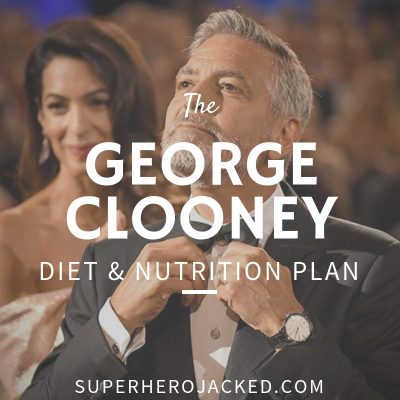 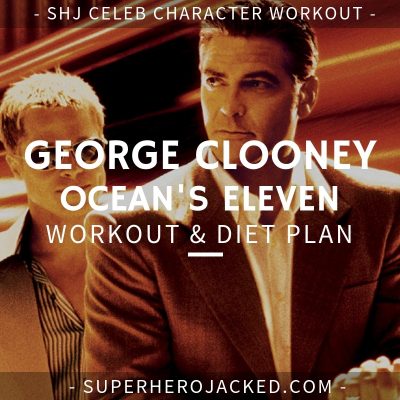 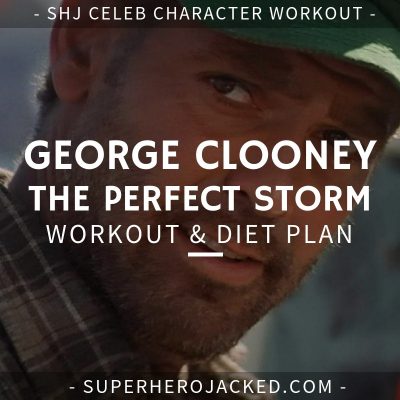 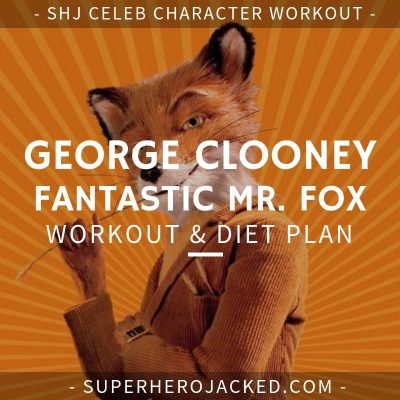