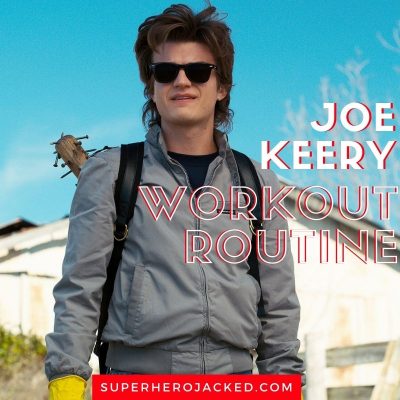 It’s almost The Fourth of July.

And that means Stranger Things Season 3 is coming out!

Which in turn means…(if you don’t already know where I’m going with this, shame on you)…it’s a Stranger Things celeb week!

We’ve already had David Harbour’s workout routine when he got buff to play in the new Hellboy movie, but now it’s time to meet some more of the cast.

Our young-guns are a bit young to be hitting the weights, but for this week we’ll be seeing Joe Keery (obviously) and Natalia Dryer.

Joe Keery, the man behind that luscious head of hair, started as a bartender in Chicago, landed a few small TV gigs, auditioned for a role as Jonathon, and landed his role as Steve which has now led him to movies like Molly’s Game, Slice, and soon to be Free Guy with freakin’ Ryan Reynolds!

Safe to say he’s doing well for himself and it’s not just a Domino’s Pizza commercial spin-off of Ferris Beuller’s Day Off.

It’s safe to say that Ryan Reynolds will definitely be calling Joe Keery a manlet on set.

That’s exactly what he did for Josh Brolin who is the same exact height.  Sorry Joe. 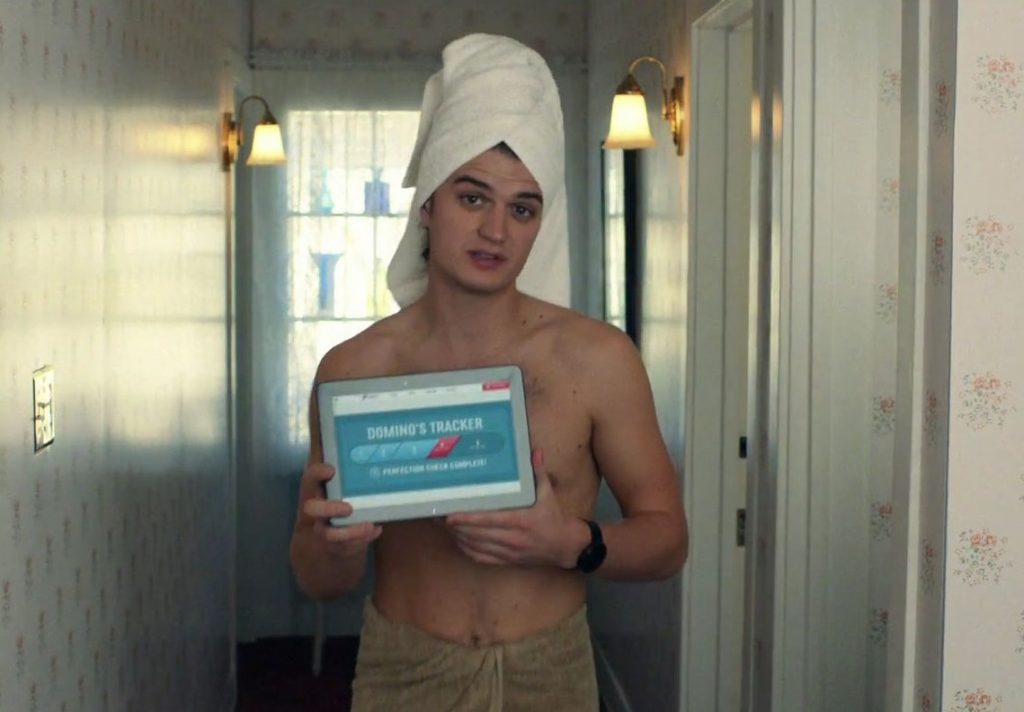 Joe Keery might not have as many gigs going on as celebs like Dwayne Johnson and Kevin Hart, but this guy is definitely keeping busy.

If you didn’t know, Keery is also in a band called Post Animal where he plays guitar and contributes to songwriting and even sometimes vocals.

In an interview with Bustle he talks about having to miss opportunities with the band because of his acting career taking off:

He explains the scheduling conflicts and missed touring opportunities with a heaviness in his voice — one that carries even more weight than any comments about overly invasive behavior from fans or a distaste for post-airport selfies. And yet, his focus is on his friends in the band and their future, not his own.

“It’s important to disassociate Steve from Stranger Things to the band because I think it will eventually hurt the band,” he says, averting his gaze. “Those guys are such talented musicians … I think it’s important that they’re hitting the pavement for a while and making a name for themselves and it’s not necessarily associated with Stranger Things.” He adds that there’s still hope for the whole band to get back together, “it’s just about finding the time.”

In the interview he also talks about going out to restaurants and makes the connection to how weird it is that people just stare and take pics when you’re famous instead of actually trying to meet you.

With Keery’s busy schedule he doesn’t seem to be focused on any specific nutrition restrictions (although scheduling is not an excuse, as we’ve seen tons of other stars restrict their diet, Keery just seems to be focused more on his acting career than trying to get ripped).

Keery, like Leonardo DiCaprio we just recently had his SHJ as well, seems to sustain his slim physique by just eating what he likes.

With celebs like this they usually opt for healthier choices every once in a while, but for the most part they’re able to sustain their physique by being active (and a lot of the times their busy schedule actually makes it harder to eat enough to even gain excess fat). 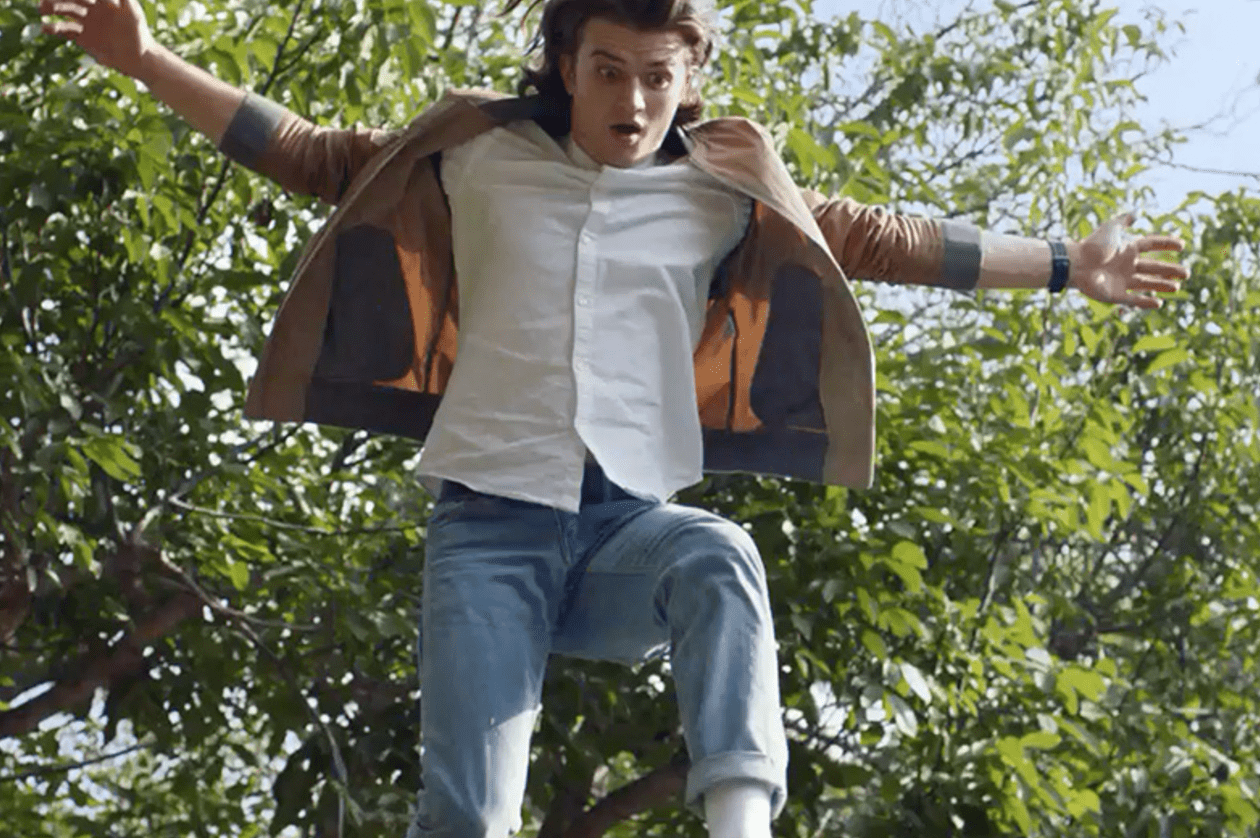 There’s honestly more out there about how to get Joe Keery’s famous hair than there is about his specific workout routine.

Although I’m not even mad about it.

Instead of asking about his killer pecs and slim physique, GQ opted for giving a full breakdown on the studs hair “cut” and styling technique.

I guess when you have hair that awesome it takes attention away from your physique.

Reading sources like Men’s Health, People, GQ and more lead me to the obvious conclusion that Joe Keery doesn’t actually have a regular grueling workout schedule.

Instead he stays active either through acting or with his band (and just movement in general) and eats fewer calories than will allow him to be, as he says in one interview “Chunky Steve”.

BUT, one thing I did find is that Keery went through a grueling six week workout routine in order to get ready for what he thought was going to be a Speedo scene in Stranger Things.

Femestella tells us this:

TheStranger Things star was recently on Late Night with Seth Meyers where he revealed that when he was originally cast as Steve Harrington, the Duffer brothers told him to get ripped. Why? So Steve Harrington could be a pro-swimmer. Joe spent about six weeks training and then showed up for his first day of work only to find that the Duffer brothers had cut that plotline!  He told Seth Meyers:

“I also thought I was going to be in a Speedo on a TV show, the first thing I ever did. And I didn’t want to be known as Chunky Steve. [After swimming prep] I showed up on the first day and they were like, ‘Oh, the swimming? Yeah, we cut that.’ It was the most in-shape I’d ever been.”

Taking this a bit deeper, People mag has some more direct quotes from the chat:

And the Duffer brothers cut it as simply as:

“But then we show up the first day and they’re like, ‘Oh the swimmer? Oh yeah we cut that,’ ” Keery says, laughing. “It was the most in-shape I’ve ever been.”

It’s okay, though.  Keery DID workout intensely for six weeks, and that supported the bod we saw him sport in Season Two.

So for that reason we’ll be giving ourselves to options to get into Joe Keery shape.

Option one is going to be programming that emulates his six week intense training, and option two will be options that go along with his regular daily activity.

The hair is going to be up to you.

I’m going to be programming you 3 days of full body (pretty intense) training days.  These can be used 3 days a week, or 3 days on and one day off which would lead to 6 days per week.  This is based on Joe Keery’s six week training that he thought he was doing to rock a Speedo (and instead just had a quick shower scene); but I will also be giving you some options to get your activity up to keep up with Keery’s regular busy schedule.

Kettlebell Swings (or use DB)

For the most part Keery just stays pretty active.  Between his acting career and playing with his band those keep him moving around a lot and he is also just active to begin with.

If you’d like to emulate the regular Keery bod by staying active it’s important to recognize that you’ll also have to pay attention to your nutrition.  If you have weight to lose it won’t just magically happen, so make sure you’re taking a look at how many calories you’re eating daily.

As far as activity, here are some options: 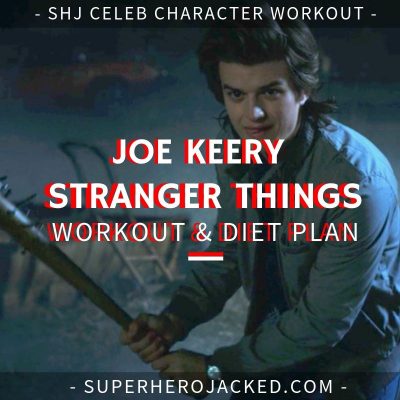 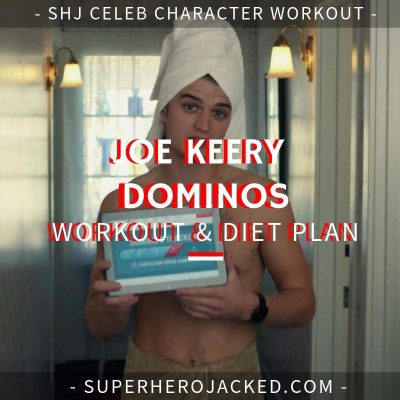 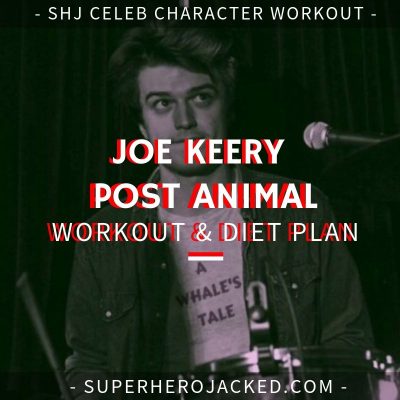 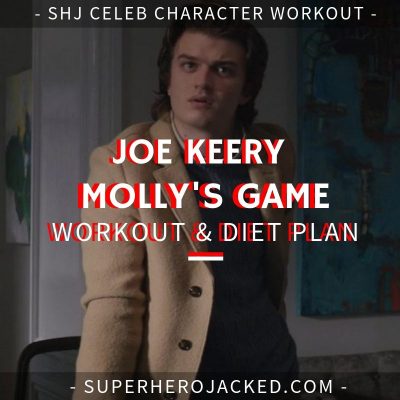 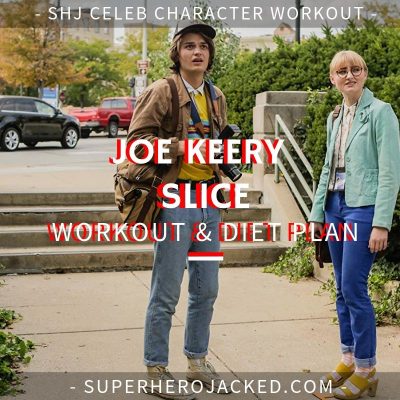