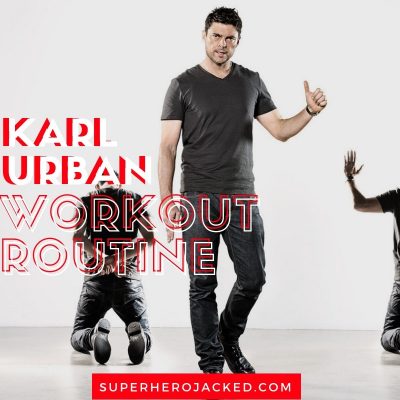 This man has been involved with [just about!] every awesome, nerdy franchise we love here at SHJ.

What more can we ask for out of a man!?

Okay, well he’s also set to star as Billy Butcher in a new Amazon Original Series called The Boys, which Amazon labels as: “A group of vigilantes set out to take down corrupt superheroes who abuse their superpowers.”

That’s what I thought.

Karl Urban isn’t the tallest or the lightest around his stats, but he does just make it to the average height range.

Originally I thought I should make it 6’2-6’3, but we’ve seen plenty of male celebs fall in at 6’1 for me to include it now.

Keith Urban has had his fair share of preparation for some of the roles he has been in.

I mean, when you land as many awesome gigs as he has you have to expect it.

Recently one of those roles was Skurge in Thor: Ragnarok.

Not only did Urban have to train to become a superhero (or villain), but he also needed to eat like one.

I asked if that also means eating like 10 chickens a day and all the other actor regiment things we often hear about when stars are prepping to play superhero roles.

“Yeah, all of that sort of stuff,” laughed Urban, though he did say he doesn’t really need to do that this time out. “The irony is that you won’t actually see my body in this movie under the costume that I have, but it’s important for me to get into the zone and feel [the part].”

During another prep face, this time for Dredd, came with 14 weeks of intensive training and a diet to match.

In an interview with Metro UK, which we’ll jump back to again for the training research, Urban states:

When you saw the results, did you think about keeping it up?

The best beer I have ever tasted in my life came at the end of the shoot – I hadn’t had a drink for four months. Quality of life matters more to me than vanity – I like beer, fries and burgers. There’s only so long you can eat chicken and broccoli.

That’s why I generally try to fit them all in within our programming (that means my own as well).

It seems like outside of his role prep Urban does the same!

So we talked about both of Karl Urban’s intense training protocols for both Dredd and Thor: Ragnarok.

Now we’re going to take a deeper dive into the training instead of the dieting side of things.

For Thor: Ragnarok we’ll jump back to the interview with IGN, which Urban laughed about the irony of us not even seeing his body throughout the film, in which he states:

Urban said he’s been putting on muscle for the part as the axe-wielding Asgardian.

“Definitely,” he said. “There’s a bit of a few hours at the gym lifting heavy things.”

But, it actually seemed like he trained a lot more for his Dredd preparation, so he must have been used to it.

Metro UK had him stating this about the Dredd prep:

You worked out a lot for the film. Did you enjoy it?

The training wasn’t my favourite part of the process but it was important for me to physically become the character. He has an incredibly fit physique so I had 14 weeks of intensive training.

So Urban states that it wasn’t his favorite part of the prep for the film, which is understandable being that it’s much more than he’s used to doing on a normal basis, but he can acknowledge the importance of the training.

In another interview, this time with Gizmodo, Urban tells us a bit more about his training regime AND his diet and nutrition for the Dredd prep:

Well I spent about 14 weeks in the gym lifting heavy things. I got into sick shape and I worked out twice a day, ate 6-7 meals and it was hell. I was not a nice person to live with. I was promoting RED while I was training for Dredd, flying around internationally meeting with you guys, then go with my trainer to find a gym and jump on a plane with a suitcase full of food.

And for some more fun information from that specific interview, Urban continues by stating:

Then I went through a huge process of reading every single comic of Dredd that I could and ended up compiling a book which would have source material that was relevant to the film, from descriptions to dry one-liners that I liked, or a strong image that should be incorporated into the film, and it was through that process where I found the description for the voice.

So this training is going to involve two-a-days and comic reading!

I know you’re all probably like “Comic reading?  Lay it on me!” 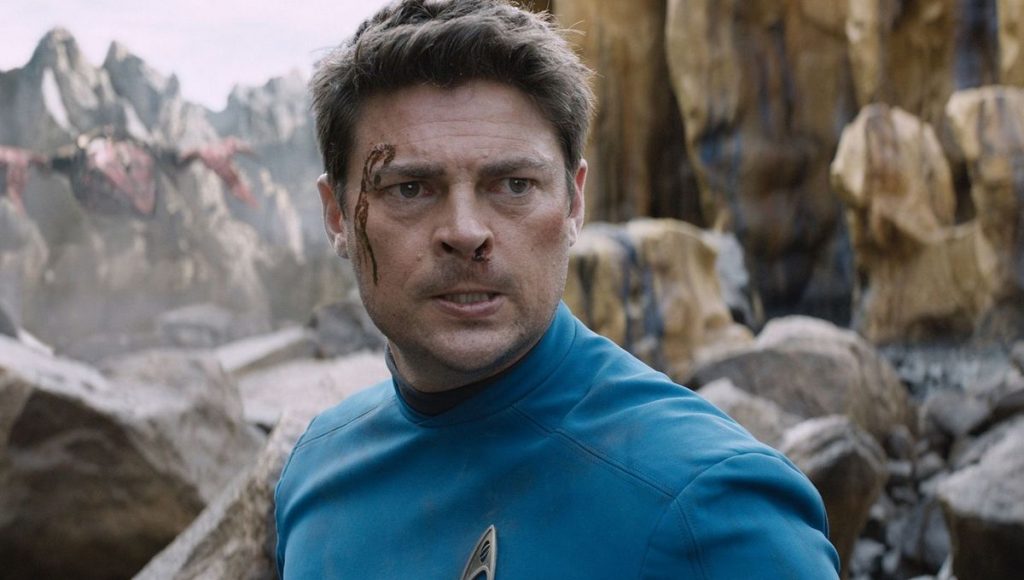 Rest is extremely important to recover.  That is even more the case when you’re training twice a day. Rest is going to be of utmost importance for this one, and it should be mentioned that this training protocol is only to be utilized in a short 8-14 weeks of training.  From there you should deload and move onto another program before picking this one back up.  We are training like Urban did for movie prep; and he does not normally train anywhere near this much during regular life.

Monday AM & PM: Chest and Triceps

Thursday AM & PM: Shoulders and Abs

Friday AM & PM: Back and Biceps 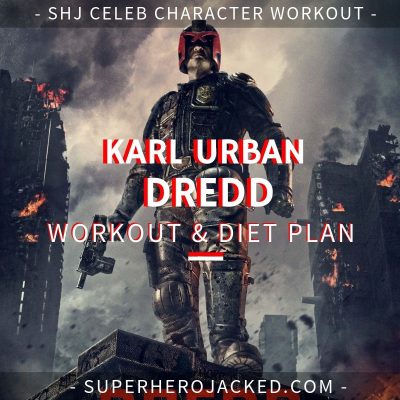 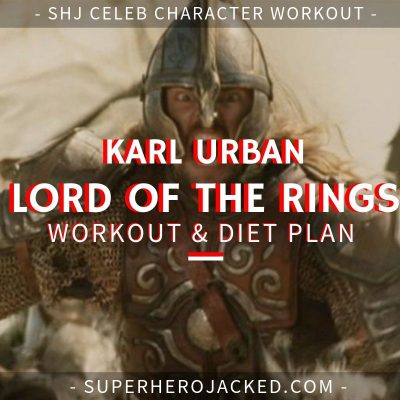 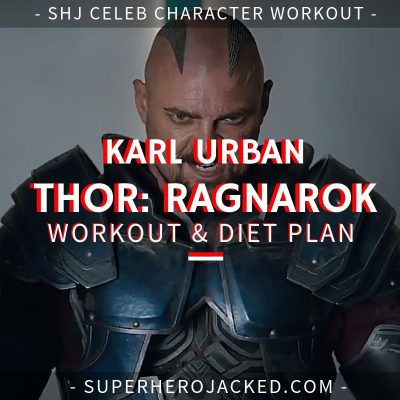 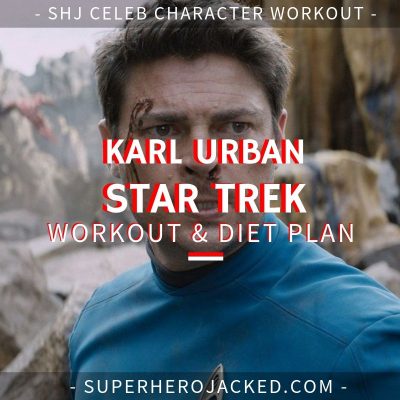 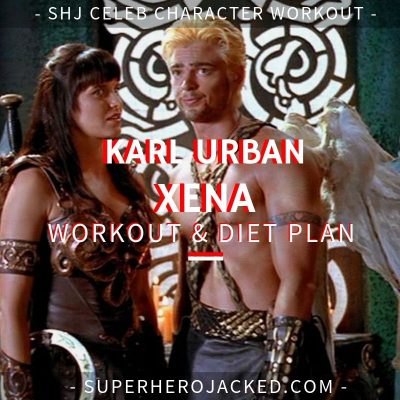 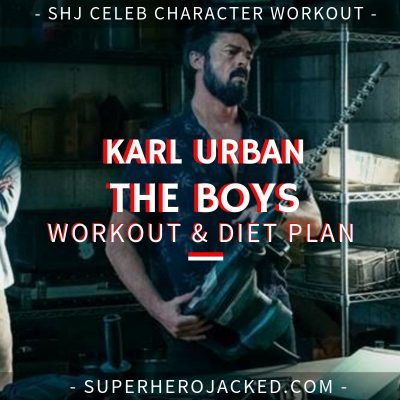 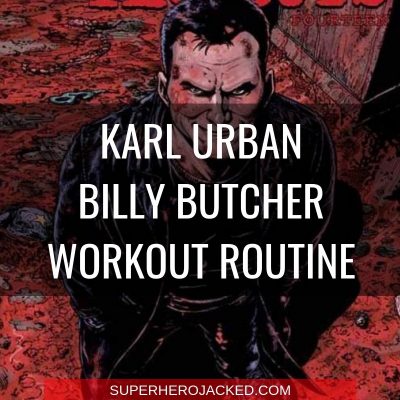 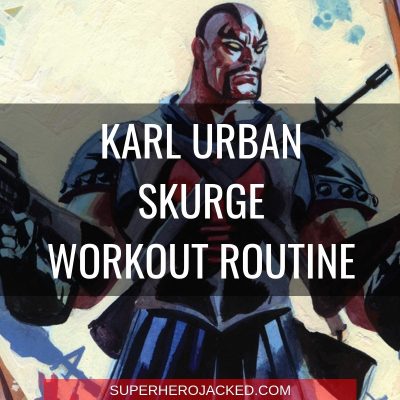 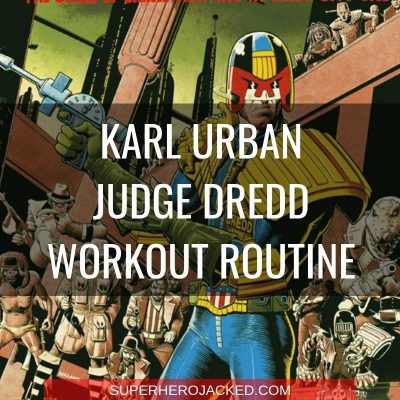