Bill Skarsgard may not be as jacked as his older brother Alexander, but people still want to see what he’s up to.

But there’s going to be quite a difference when comparing It the clown and Tarzan.

And yes, if you did not know, Bill Skarsgard plays Pennywise in the movie “It” and It Chapter Two, as well as starring in roles in Hemlock Grove, Allegiant, Atomic Blonde, Deadpool 2, Castle Rock, and Villains.

Cool enough, as I’m sure you know “It” is based on the novel by Stephen King, and Castle Rock is a Hulu Original that also takes place within the Stephen King multiverse.

So it seems Bill might be good at being bad!

The Skarsgard family is pretty tall. 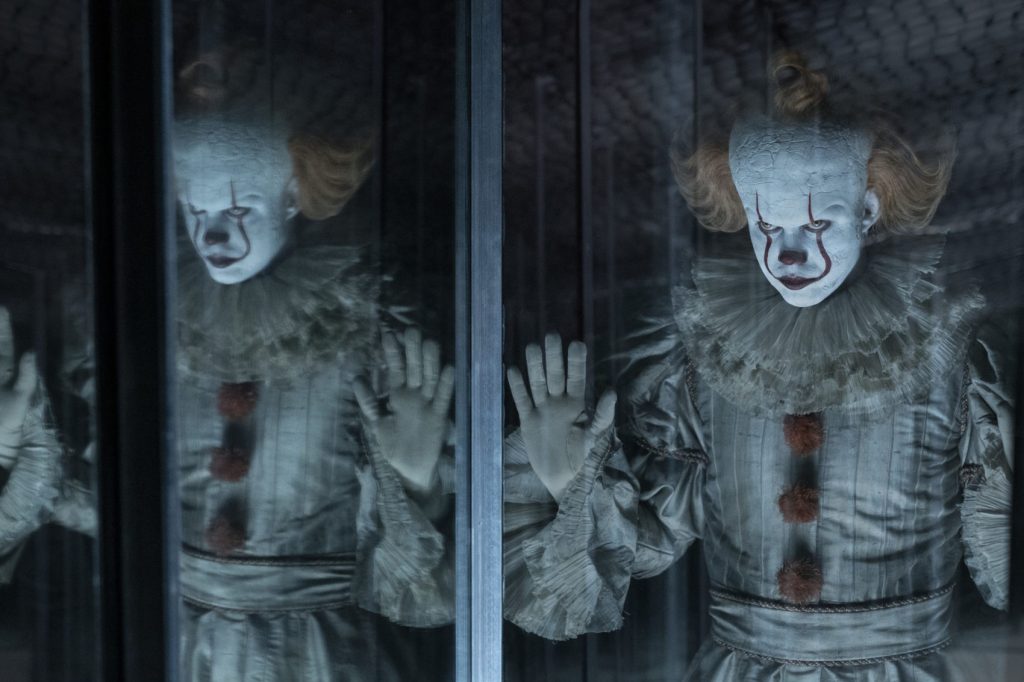 This means he basically eats what he wants and his activity level evens it out and gives him the physique you would normally see him with.

Circumstances were much different for his role in Castle Rock, though.

Skarsgard plays a Shawshank Prisoner and dropped nearly 30 pounds to get a ghost-like, scary appearance (images below).

Here’s what he has to say about it in an interview with Insider:

“I lost almost 30 pounds,” he told the magazine. “It really changes your face when you’re gaunt like that. That really played well for the character, sort of high cheekbones and your eyes become even bigger. So I’m happy that I did it. But it wasn’t always fun.”

Skarsgard continues by revealing he utilized the keto diet to lose the weight:

“There’s this thing called ketogenic diet. Essentially, you don’t eat any carbs whatsoever,” he said. “You eat protein and high fat. And once your body starts using fat as fuel, as opposed to carbs, you burn fat like crazy. And then I would do a couple of days of fasting, stuff like that.”

But I think I’ll stick to his regular diet and everyday physique instead of looking ghostly.

And by no means do I mean this in regards to NOT using the keto diet; I simply mean I wouldn’t recommend using some type of restriction with the goal to be dramatic weight-loss like this instead of steady and sustainable.

So I’ll stick to his sustainable and healthy method which involves eating around a maintenance level caloric intake each day.

And if you don’t believe me that he reverts back to sustainability immediately after, here’s another quote, this time coming from Hollywood.com:

“We shot a scene in the shower at block five. Even though it was episode one, we shot while shooting episode five so I’m like, ‘Well f**k, I need to stay skinny all the way up to the point,’” the It star recalled. “I didn’t eat for 24 hours. The day before, 24 hours before that, I had like, a salad and didn’t drink any water. So I was f**king skinny and parched. Then after that day of shooting, I wanted a beer and a burger. I didn’t drink for three months, either, so I went to a shady dive bar and it was great.”

Let’s stick to the sustainable burgers and beer, shall we? 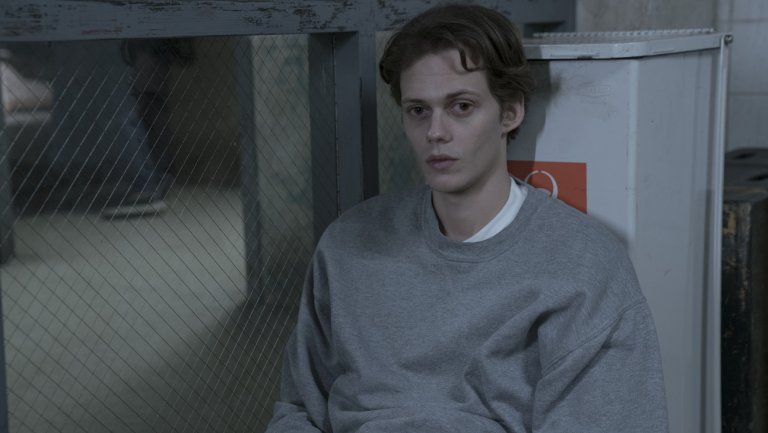 Bill Skarsgard’s workout is going to be a bit different.

That much I want to make clear right off the bat.

If you’ve seen his physique he’s slender, although he does have an outline of abs and is moderately tone, but by no means do you seem he and automatically think to yourself “Woah, that guys as shredded as Tarzan!”.

That being said, there are many people who do want this slim and slender, moderately toned physique, and we’re going to talk about how you can get it with minimal work.

Well, let me start by explaining why this is going to be so different (other than his physique).

In an interview with Mr. Porter Bill Skarsgard explains that he is actually a modern day nomad.

Here’s some of what he has to say that might explain what a nomad is if you don’t already know:

I’m essentially homeless,” says Mr Bill Skarsgård, sitting at the bar of a brunch spot in hipster Los Feliz, LA. Homeless, as in itinerant, of no fixed abode, a drifter. “Seven years I’ve not had a home,” the 6ft 3in, 26-year-old actor explains with a light Swedish lilt and speech pattern. He doesn’t own a house, a car, or even any furniture. “I literally live out of a suitcase. That’s my life. What’s in the suitcase kind of changes with the seasons, but I’m pretty good at travelling light. I’ve been doing it all my adult life.”

And the interview continues with:

“I grew up travelling,” he explains, sipping strong black coffee while waiting for his eggs benedict. “When we were kids, my dad would bring us wherever he was shooting. I was in Cambodia for three months when I was 12. And Mexico. All over the world. I’m very grateful to have had that as a young kid, to see and appreciate other people’s cultures and life situations other than Stockholm, which is kind of clean and neat and organised.”

Throughout the interview Skarsgard is shown all over the place outdoors, mostly in mountains and on large canyons and rocks.

My point is: he seems to be extremely active and almost always on the move when he’s not in one spot for filming.

That being said, he doesn’t have a gym membership because while 3 months of the year he’s in Hollywood, 3 months he’s in Sweden with his girlfriend, and the other 6 he’s all over the place; he’s never REALLY in one spot for that long.

Instead his activity level keeps him with his slim and toned physique.

So we’re going to have to switch it up and figure something out that translates into this.

Anyone up for a home workout and high activity enforcement?

When I say 5+ days per week I mean this could actually be done every day of the week without being worried about not getting enough recovery in considering the basis of the workout will revolve around being active more than anything else; but I put 5 strictly because I’m also going to give you some simple calisthenics to utilize on-the-go as well.

These can be done throughout the day and out of order.  Set it up however you like!

This is a basic calisthenics workout you can utilize every single day if you’d like to work extra on toning:

Bill Skarsgard keeps a slim and toned physique due to his high activity level.  In order to replicate this we’re going to enforce it by tracking our daily steps.  The only time we won’t HAVE to track is if we get in an hour or more of some type of other higher intensive activity (such as hiking or tennis or some other sport or cycling, etc.).

On days you DON’T get this external activity in, it’s your job to make sure you hit 10,000 steps.

You can do this tracking 7 days a week.