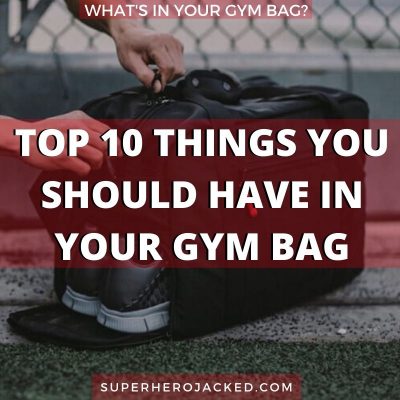 The top 10 things you should have in your gym bag…

Listicles are fun, aren’t they?

We recently had The Top Eight Equipment Options For Your Home Gym and 20 Star Wars Workouts (22 now)!

And, judging by the feedback we’ve had on them, I think we’re definitely going to keep them coming.

Of course I’ll probably eventually even want to nerd out and make some listicles on my favorite books and video games, but for now I’m digging the fitness gear.

Which is why I even asked our Academy members to help me out with this one!

Although, don’t worry, I’m not just going to list off an article naming every single item people carry in their gym bag (or else I’d have to list Chick-fil-A honey packets like Marcus carries around); I’m going to not only tell you exactly what I carry around (any why) but also add in some other great options as well.

Sidebar: This article will feature a handful images of Dwayne Johnson being a badass; but also showing off one of the items I happen to be talking about; so if you are feeling like letting out your inner Dwayne, check out his workout:

Sidebar Part Two: This list is in no specific order, other than the mentions I make to why an item is showing up towards the top or bottom.

Let’s get into it. 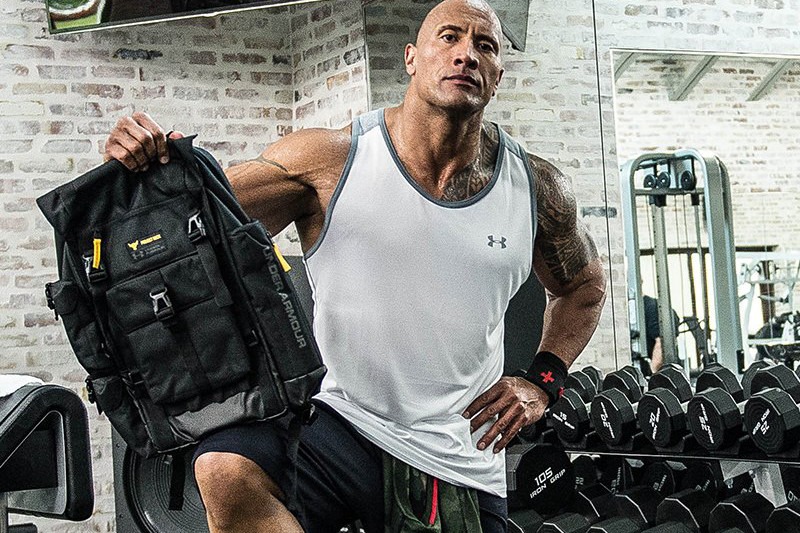 Alright.  This one doesn’t really count.

But it would be almost silly for me to not include it.

I personally either (and I’m saying this because I’ve gone through and own a handful of gym bags) prefer a name brand gym bag like Under Armour or Adidas, but I decided to give the “Ultimate Gym Bag” a shot from Amazon one day and was pleasantly surprised.

So now I have about three to choose from BUT, one stays packed for me to grab on-the-go.

Whenever I think to myself “Where did I put X, Y or Z item?!”, I generally just check my backpack and gym bag.

That being said, I do have my eyes on a Dwayne “The Rock” Johnson Under Armour Project Rock bag (not an affiliate link), but they’re usually a little too high of a price point for me to warrant.

This one is specifically coming in at number one because it made number one on our last list.

I don’t necessarily think it’s the most needed inside your gym bag, but it’s an awesome piece of equipment that can be picked up and used nearly anywhere.

I carry around a speed rope, specifically this one, and it’s a go-to for quick calorie burning cardio, and also an add-on to any circuits and workouts I want to add some intensity to.

I talked more about the calories you can burn jumping rope in the last list, so I won’t bore you to death with the repetition, but this one is a must have for the inexpensive price point and versatility.

I personally use chalk when I lift, although I do know people carry both straps and chalk around.

I prefer the chalk because I just can never get a good enough grip with straps or wraps on, so I prefer to just be barehanded when lifting heavy enough to warrant something (as in chalk or some help).

I generally only chalk up for deadlifts, but there are occasional lifts by the barbell I’ll throw some chalk on for.

If I had to name a few I’d likely quickly name:

And obviously there’s a lot more; but it is always nice to have when these lifts turn up in my routine. 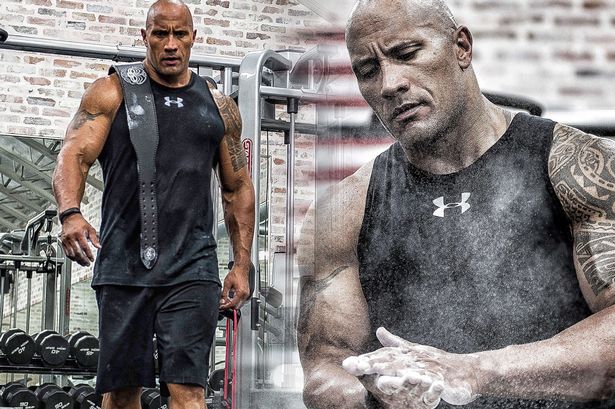 I personally use the Rogue Ohio lifting belt (this is not an affiliate link).

That doesn’t mean you need a belt that is that expensive for it to be effective, but it is by far the best weightlifting belt I’ve personally owned or used to date.

Surprisingly enough, though, Amazon Basics makes a pretty dang decent weightlifting belt as well (which is also the one I linked to above).

I know that might sound surprising, but that’s actually my pick from Amazon.

There’s obviously TONS of options for you to choose from, and there’s different variations as well.  Some are light and more flexible, while others are more heavily padded and firm for different uses.

Researching which type of lifting belt is best for you prior to choosing is likely a good idea; but that would be something for another article!

It is SO frustrating when you want to get in your weighted dips or pull ups and realize you don’t have your dip belt, and neither does the gym you’re at.

It’s MUCH easier to always have it ready inside your gym bag.

If you aren’t at the level where you can perform weighted…anything…then this one might not be the right item for your gym bag just yet.

BUT, you should definitely set the goal to get to this point.

Weighted dips are one of my favorite movements to hit on chest day.

And by that I mean they suck and they hurt and they’re freakin’ awesome.

I personally don’t have an extra tee shirt in my gym bag.

I just walk around a sweaty mess if it comes to that.

But generally I’m just wearing an extremely cut tee shirt that makes me not nearly as sweaty.

That being said, there was an overwhelming amount of Academy members who had this in their answers, so it would be an injustice not to include it for you guys.

I wouldn’t want you to sweat through the first, look in the gym bag and realize you don’t have an extra, and then curse me straight out of my visit to Valhalla… 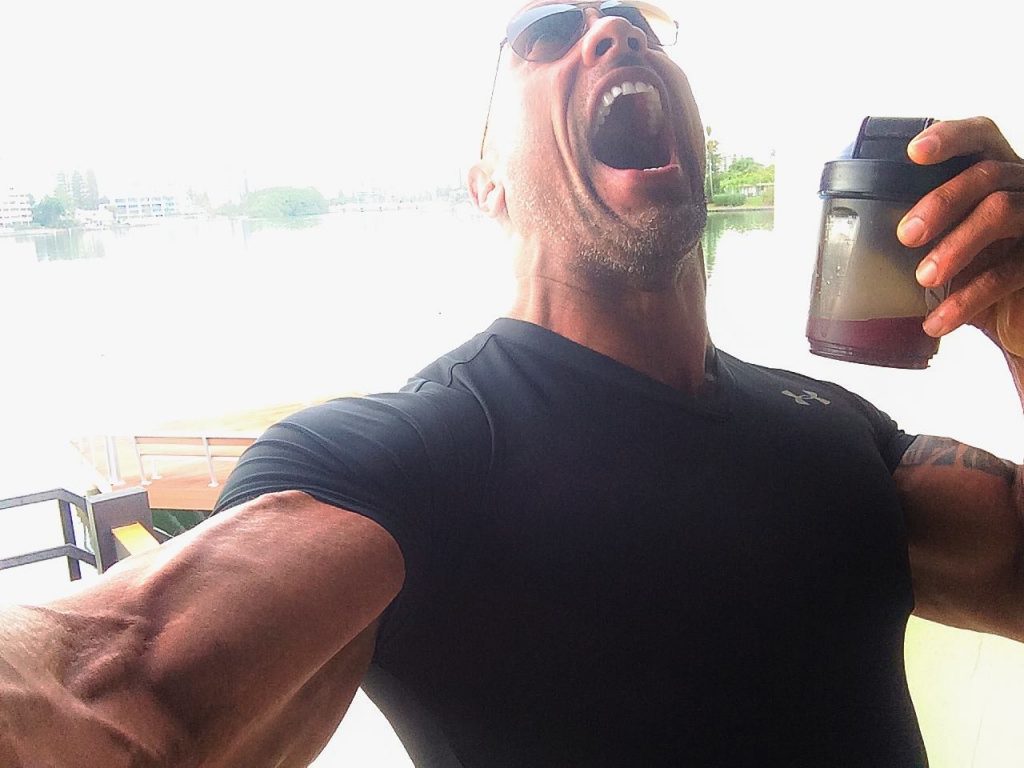 I personally take my pre-workout prior to leaving for the gym; I don’t use intra workout; and my post workout isn’t made until after my fasting period…so you won’t actually find any of this in my gym bag, BUT, that doesn’t mean it wasn’t there in the past.

These items were also named a bunch when I asked our Academy members what they had in their gym bag.

We do have our full supplement guide here on the site, but considering we’ve been mainly utilizing Amazon buys, I’m going to keep it to my favorite options from there!

I figure it makes it easier for you.

If I’m going to be grabbing these items from Amazon, these are ALWAYS the ones I opt for:

See that? Who needs a full supplement guide…

Well, hopefully someone, actually, because that took a while for me to put together…

Inside our Academy we use a lot of spreadsheets, so I tend to lean towards opening Google Sheets on my phone and logging there…but nothing beats a good ol’ log book you can reach into your bag and break out during your lifts.

It’ll almost certainly make you feel more badass while you’re at the gym as well.

I was going to guarantee that but I’m not sure if I can be sued for saying that.

I don’t want to end up like Red Bull…

Coach Richie in The Academy has his book that his workout partners call his “Big Green Book of Terrors”.

A Good Book [to Read]

This is something you’re absolutely 100% going to find in my gym bag.

This actually might have been NUMBER ONE on my list of important items in your gym bag if it was specifically up to me (and I was only worried about myself).

A good book gets me through cardio.

A good book de-stresses me and helps me forget about everything besides me, the gym, and whatever world I’m reading myself into.

A good book is a must.

I personally have all three of these in my gym bag at all times: 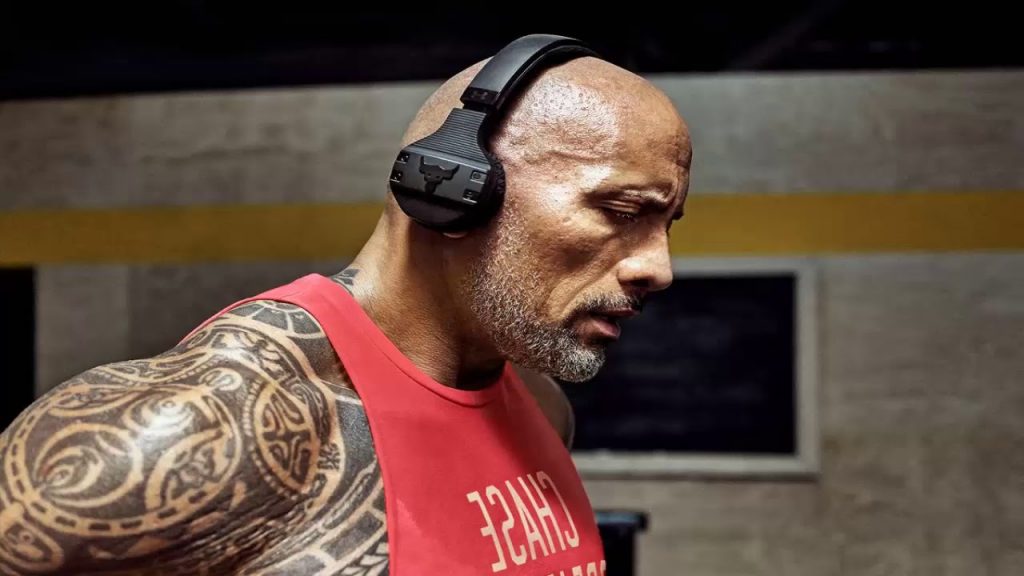 A Good Set of Headphones

I used to use Beats, but I will never swap back from Airpods or Skullcandy Indy wireless pods now.

You will never be able to convert me back.

With over the ear headphones I sweat, they feel like they’re falling off, and there’s just a whole slew of reasons why pods are my go-to.

I have tested both Airpods and Skullcandy’s Indy headphones (and by tested I mean I own both) and I generally pick up the Airpods just because they’re smaller and I personally think they’re easier and better fitting; but I’ve also read the exact opposite towards why people pick up the Indy (they’re better fitting).

So it really depends on the person.

I know my girlfriend think the Airpods are going to fall out at all times.

An Extra Set of Shoes: Running and/or Lifting Shoes

This was another popular one among our Academy.

It’s also something I keep in my gym bag as well.

I hate doing deadlifts and squats in my running shoes, and if I’m forced to I just end up lifting with no shoes on instead.

For that reason I either have my running shoes on when I get to the gym or in my gym bag, with my lifting shoes the opposite.

And there you have it!

Those are our Top 10 Items (plus the addition of a good gym bag) You Should Have In Your Gym Bag!

And because you guys are so awesome, I will share a couple runner-ups for you to consider throwing in there (some obvious, some not-so-much):

Now obviously these things aren’t mandatory (although I do think water might be…), but they’re just some other great additions to consider adding.