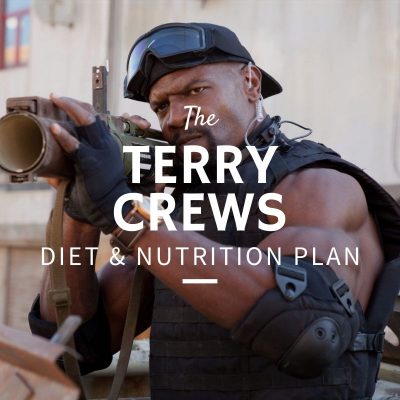 We’re back for another male celebrity that gives credit to his incredible physique (and in this case his youth staying with him as he ages) to intermittent fasting.

He even calls it his “Fountain of Youth”.

We’ve seen Terry Crews’ intermittent fasting information in our original Terry Crews Workout Routine and Diet Plan article, and we’re going to be building on that in this one and specifically talking about nutrition first and foremost.

One of the reasons I’m really making it a priority to bring back these celebrities that utilize intermittent fasting that we’ve seen in the past is because our SHJ Nutrition System is finally live and it’s one of the main pillars within our nutrition.

If you’ve been a member of The SHJ Army for a while now you’ve probably seen that we really like to utilize a 14-18 hour fasting window to help us control our hunger and diets, and it is true among many celebrities and top performers as well.

If not, you can check out some of our favorite Nutrition Pillars here.

Intermittent Fasting has been one of our main pillars since the very beginning.

Actually, it’s a huge case study within my book Superhuman Secrets, and I myself have been using it for years now.

In an interview with Muscle and Fitness he stated:

For me, the intermittent fasting thing has been a bit of a fountain of youth.

And in an interview with Bodybuilding.com he went a step further and said:

“It changed my whole physical body. Randy Couture told me about it first when we were on the set of the first Expendables. I was eating and eating and eating and was going through workouts with my stomach feeling terrible. I was pounding protein shakes and I didn’t feel good. I was crashing in the middle of the day. I was like, what do I have to do? And I found that I was eating too much.

I use an 8-hour window and eat 3-4 meals in that time. I don’t eat until 2 p.m. pretty much every day. At 2 p.m., I eat a salad, an omelet, bacon, steak—lots of protein and veggies. My biggest meal is at 10 p.m. I don’t have bread until nighttime and then I sleep on it.

I work out on [the bread] early in the morning. It’s awesome because the energy from the food from the night before is there and I don’t feel weighed down. I don’t even have hunger pangs until around 2 p.m.

During my fasting periods, I take green tea and I drink Aminolast. I do that just to keep the vitamins flowing and I feel good.”’

I break this down much more in the diet plan below, so don’t worry.

I even give a link to what he’s talking about when he mentions Aminolast.

And, if you want to watch the video of him discussing intermittent fasting with Business Insider you can check that out on our original Terry Crews Workout and Diet Plan article.

Meal Two and Three: Two Meals in Between with Protein and Low Carbs

Fourth and Final Meal (at 10PM): Large Meal with Protein and Carbs