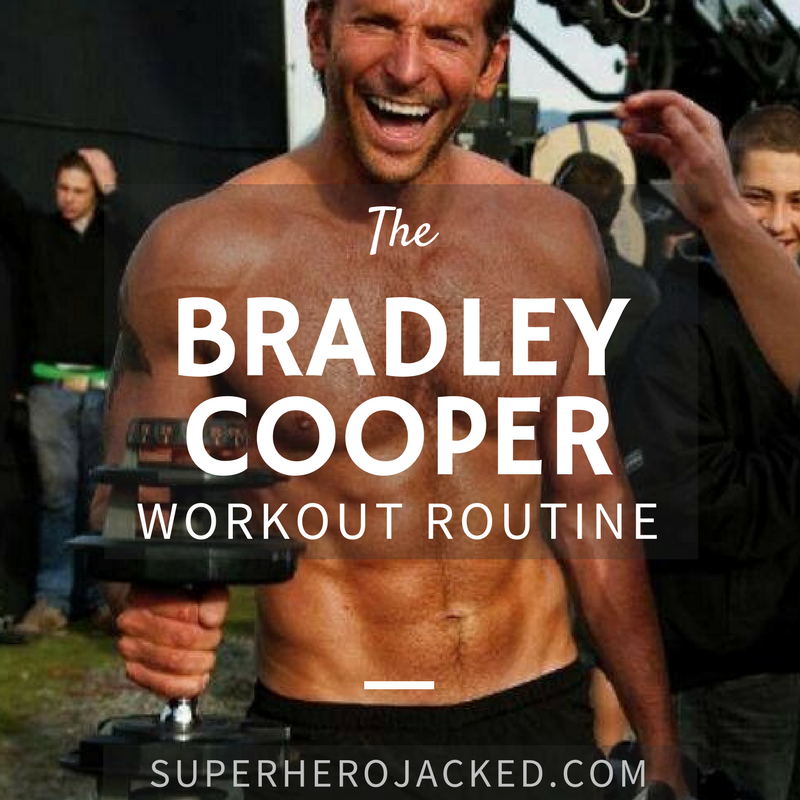 I know..I know..I promise to add a picture or two of Rocket…and maybe one of Groot…

It’s actually at the point where we have just about seen the entire Guardians of the Galaxy team.

I still owe you guys a Zoe Saldana (Gamora) routine, which will be coming shortly, but we’ve hit everyone else with the publishing of this post.

Chris Pratt was one of the first workout routines on SHJ, and Vin Diesel and Batista’s came not too long ago as well.

Cooper has that physique and height resembling a younger Brad Pitt, but he’s also right around the same height as Charlie Hunnam and Stephen Amell as well.

And, while normally we’re talking about these actors portrayals of a superhero (we’re not going to forget about Rocket, don’t worry), it is important to note the amazing job Cooper did in starring as the hero Chris Kyle in American Sniper.  He definitely was a SuperHuman, and more than deserves a spot on SHJ. 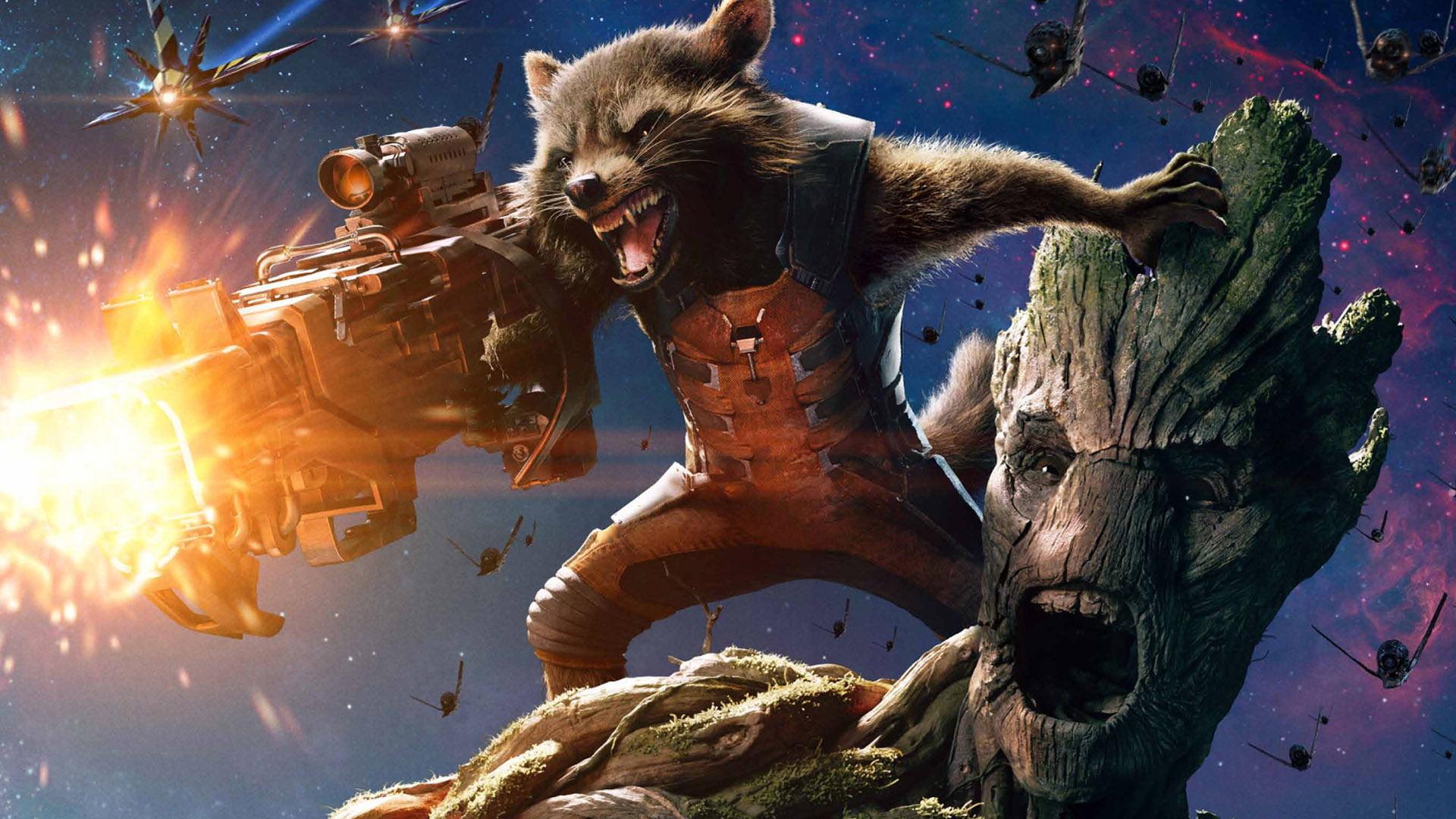 For those of you bulking up, this one is going to remind you of the Hugh Jackman calorie overload we saw in the past.  To refresh your memories: Jackman was eating 5,000 calories a day in a 6-8 hour window utilizing intermittent fasting techniques.

Now while Cooper didn’t use intermittent fasting to bulk up 40 lbs. to star as Chris Kyle, he did have to reportedly intake 8,000 calories every single day!

I’m not going to ask you to do that.

I am however going to point you in the direction of a calorie counting article, and the Nutritional Pillars we use at SHJ.

It is important to remember that Cooper was working with limited time, and I highly suggest slowing down the process and making your diet as sustainable as possible.  An unsustainable diet can result in failure, fat gain, and other problems we don’t like to even think about.

I’ve dealt with it first-hand.  Take my word for it. 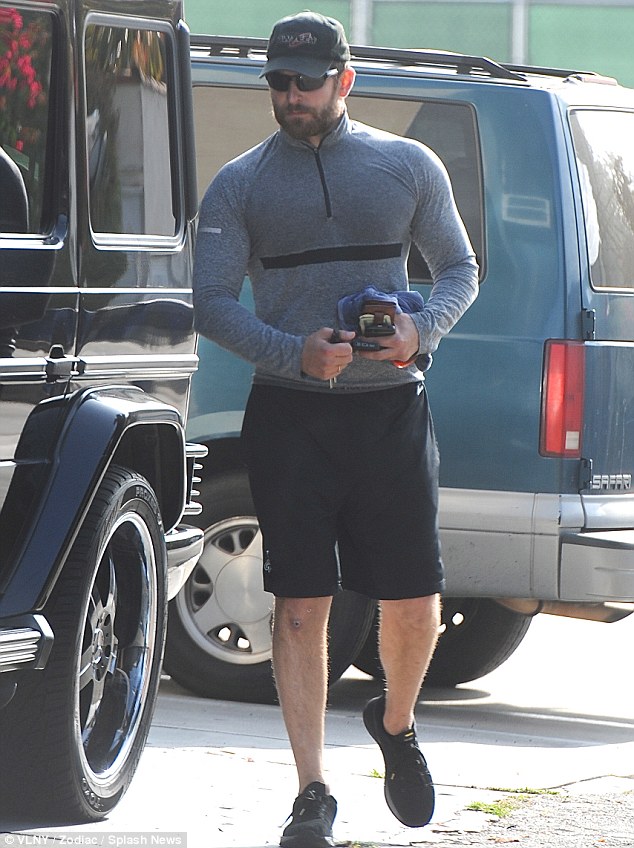 Bradley Cooper walks around at the 185 lb. range.  Chris Kyle was 230 pounds of muscle.  It was time for Cooper to bulk up and give his best portrayal.

Every weekday from six to eight I’d go to the gym.  Ten to twelve I would work out with Tim Monich (Cooper’s speech coach).  Then, two to four thirty I’d go back to the gym.  It was basically a science experiment to get as big as that man was.

We’ve seen some high intensity, high volume routines in the past.  Henry Cavill’s routine to transform himself and bulk up from Immortal’s to Man of Steel was one that this quote reminds me of.

By the end of Bradley Cooper’s training with coach Jason Walsh, Walsh says of Cooper:

He was able at the end to do five sets of 8 reps of deadlifts at 415 pounds.

And, while we’re talking about Cooper’s bulkiness, this is what he has to say about it:

“It changes absolutely everything,” he says. “It changes the way you walk, the way people relate to you. If someone bumps into you on the sidewalk, they kind of ricochet off. You go to a party and everyone’s dancing, you’re not being moved by anybody.”

Cooper was training twice a day, intensely.  If you’re going to want to bulk up the way he did, you’ll need to put in the time.

Day One: Back and Biceps 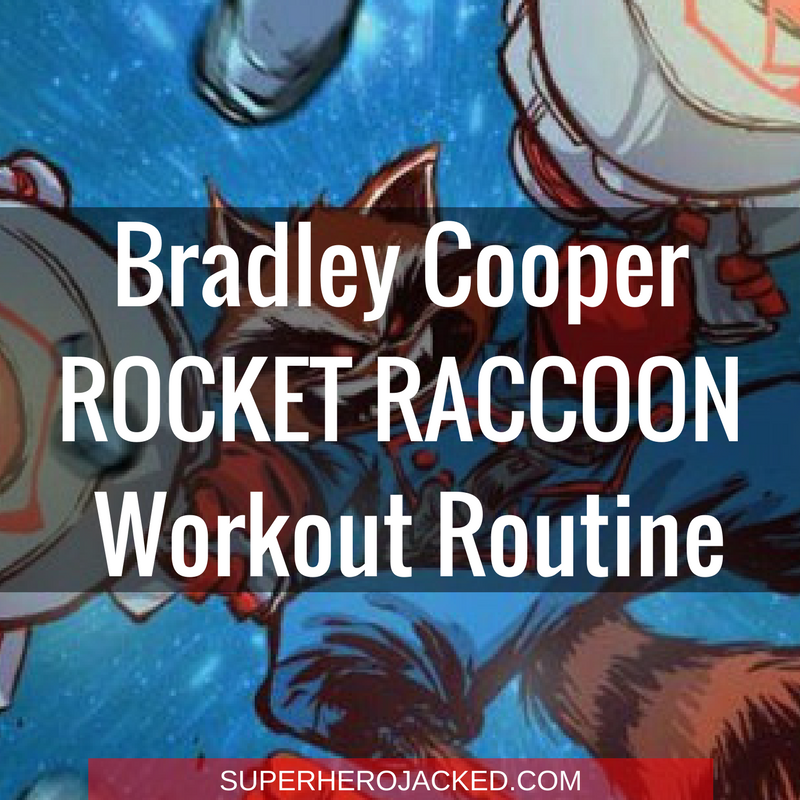 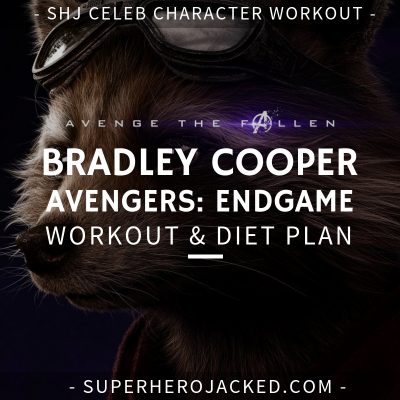 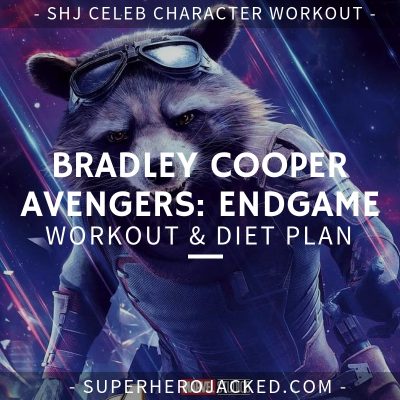