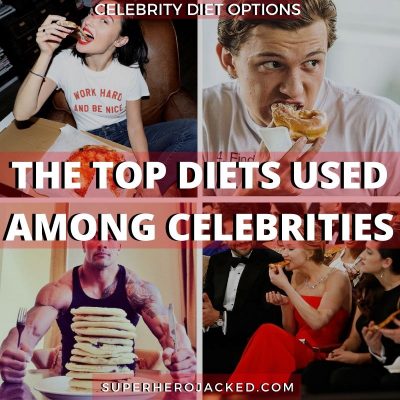 I recently did a full overhaul of the top diets used among celebrities.

If you’re new here, that’s A LOT of celebrities to go through.

I went through over 1,000 articles to skim through our entire Workout Database (the celebrity workout / diet section at least), while doing research for my book, and their were a few things I found:

Obviously I’m going to be sharing some of those standouts within this article, but keep in mind that there is so much information that I gathered along the years I’ve been researching these top performers that we can’t cover it all in one go.

I’ll share a handful of celebrities for each diet listed, but if you want the full overhaul, the place to go for that is my book.

Although, there is going to be much more information to take away from this article than just a list of what diets celebrities use.

This will also give me a chance to both break down resources all over the site that might be otherwise hidden with the tons and tons of workout routines we have for you, as well as give a slight breakdown of our Nutrition Classes within The Academy as well.

**Please note that there are decent amount of double ups where some celebrities might show up.  This is due to what I mentioned about celebrities utilizing different diets for different roles at varying times, but it’s also due to the fact that some of these diets can possibly overlap (think about how our Superhuman Diet utilizes multiple different dietary guidelines in one).** 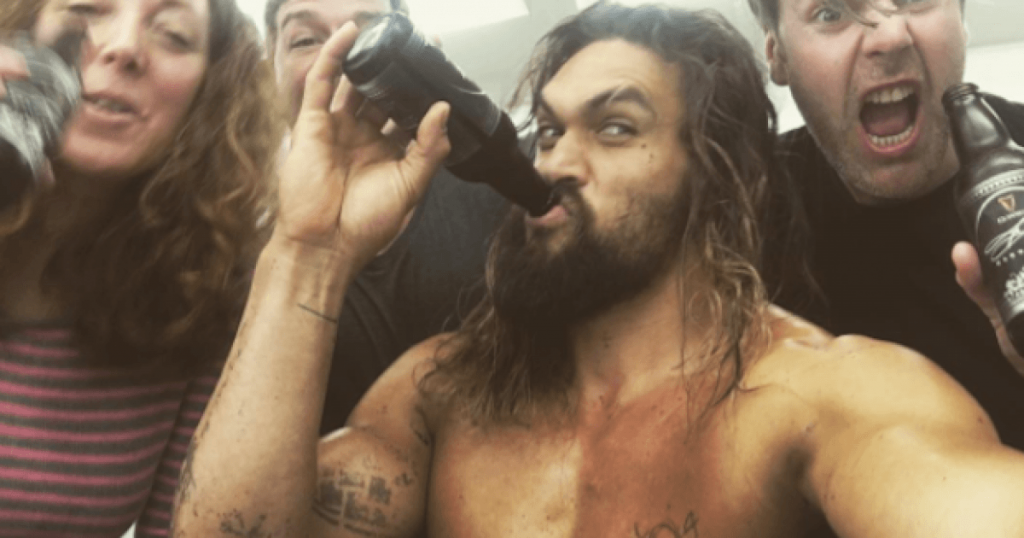 *Most Popular Among Male Celebrities*

Now I should also mention that the first 3 diets that I name aren’t specifically ones that you might immediately recognize being that they’re not typical dietary guideline names, and rather a way of eating that is based around one or two specifics.

For the first one on our list we’re talking about a high protein diet, but in this case, strict.

I mention strict because generally this is one that requires tracking macros and has our male celebrities watching their protein and overall intake.

The priority is generally those two things: hit protein intake and stay under or over calories (contingent on whether or not it’s a bulk or a cut).

This is quite literally one of the reasons I preach our KISS Method as a Pillar of Success inside The Academy and why our calculators (while they do give you all your macronutrient information) focus on protein and overall calories with our “Protein Meal Planner” that comes with our programs.

Some articles that may help put a plan together for this outside joining us are:

We’ve seen this type of diet used among celebrities who have made some amazing transformations, and also among some who will fall into other categories as well.

Here are some names that standout, with the first two being a pair I will make specific mention to in our third diet on the list as well:

But before I throw you out to the wolves, I do want to mention one last time that this one specifically says “strict” because while these celebs might eat intuitively throughout their normal everyday lives (we all know Jason Momoa loves his Guinness, and Dwayne Johnson and Kevin Hart will show up for their cheat meals soon), they also prioritize protein and calories on a regular basis, while cutting getting more “strict” when it comes time to lean out or prep.

You can also check out our Protein 101 article for a little extra help, but the best place to replicate this option would be to join us in The Academy or one of our programs.

For Academy Members: The best way to replicate this would be to utilize The Greek God Class and make sure you’re staying strict based on you goals. 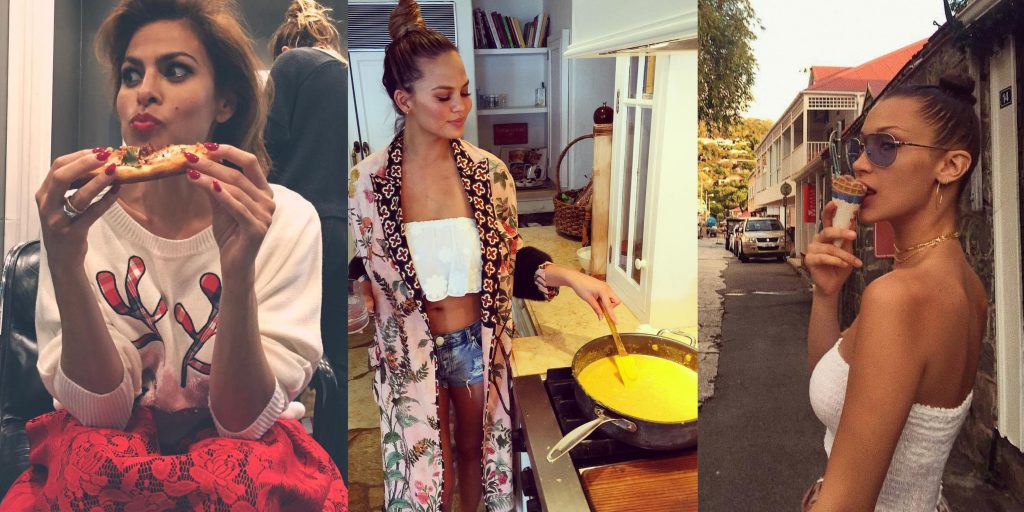 *Most Popular Among Female Celebrities*

Next up on the list is the diet we’ve seen most popular among the ladies we’ve researched at SHJ.

This is basically what I’d refer to as the alternative to option one, but most often to be used as an alternative for women.

I should also start by saying that “basic” simply means “not so strict”, and not prioritizing protein as heavily as option one.

Being that the first option has such a high priority for protein, and also a much higher priority to gain, or retain lean muscle mass, it makes it automatically more strict.

This diet varies for each female, but we’ll also see a lot of double up in the following option, while they do clean it up a little extra when it comes time for roles.

The main components I found for this one is the mention of choosing the healthy option and watching overall intake.

While that can be extremely vague, it usually is much more precise depending on the specific celebrity.

For example, we’ve seen some top performers like Katie Cassidy, Maria Sharapova, Demi Lovato and a ton of others share samples of their diets that are what we’d consider to be under this category, but they all have their variations depending on the celeb.

More often than not something we’ll find within this category is women restricting processed food and sugars (although some others do show up on other lists for cutting things like wheat, or dairy, for example).

This tends to be the easiest way to replicate this specific option, while also needing to keep an eye on overall intake (watch your calories, but not specifically overly strict with your macronutrients).

Some of the celebrities we’ve seen mention this type of plan are:

A side note I should also mention is that we have more males falling on the list (while still an extremely small number compared to the overwhelming amount of females) for this category than we do females on our first category.

For Academy Members: The best way to replicate this would be to utilize The Greek God Class [calculator] while focusing in on your overall intake and also considering the restriction of “processed foods” as a way to make healthier choices like the countless celebs we’ve seen utilize this option. 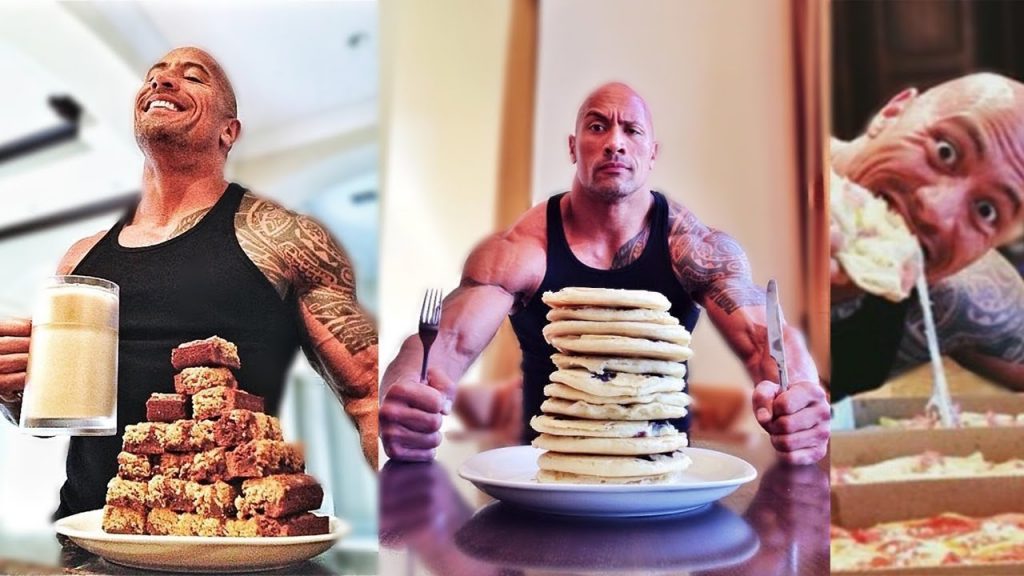 As you can immediately tell based off the images I chose for our first two categories: there is quite a bit of double up in this category (with the exception of many of the celebs I will name cutting these cheat meals or indulgences while prepping for roles).

For this category I broke it down by whether or not a celebrity made specific mention to indulging.

This is usually in the form of cheat meals, but most of the time our celebrities don’t even need to call them that because they’ve just always been a part of their diet.

This one can actually be paired with ANY of our diets that we’ll see on the list, but is most often seen paired with our first two options.

Obviously we can chalk that up to being due to the fact that there’s so many more celebrities using our first two options [on this list] and they are also much less restrictive than removing food groups from your diet, which we’ll see from many other options below.

That being said, there are of course celebrities who opt for indulgences even with their restrictive diets like Adam Levine who admits to falling off his vegan diet with indulgences, and even Dwayne Johnson using this type of dieting in different formats for movie prep (where he usually does his big weekly cheat meals and 80/20 dieting, he has also utilized this for prep by turning it into cyclical ketosis with big carb reloads).

There are many more examples of this, and even more celebrities who don’t specifically mention it, but I will mainly focus on the list of those that DO make specific mention to indulgences and cheat meals making their diets more sustainable.

Here are some of the celebrities who make specific mention to this type of diet [tactic]:

And so many more.

The really cool part about this one is the fact that not only is it making your life easier and your diet more sustainable, but it has also been mentioned by both men and female celebrities equally.

So dudes and dudettes, line up and make your diet more sustainable.

If there’s one thing I promote most at SHJ it’s sustainability; which can also be seen true in our Academy being that it’s quite literally built around helping you build out YOUR specific sustainable plan using what we call our “Pillars of Success” (pillars we’ve seen used by hundreds of celebrities), and then being able to adapt to changes in your life as well.

For Academy Members: There’s not one specific “best way” to replicate this because it can be done in so many different formats, but my preferred methods are calorie cycling to allow for cheat days each week, and cyclical ketosis to allow for carb reloading. 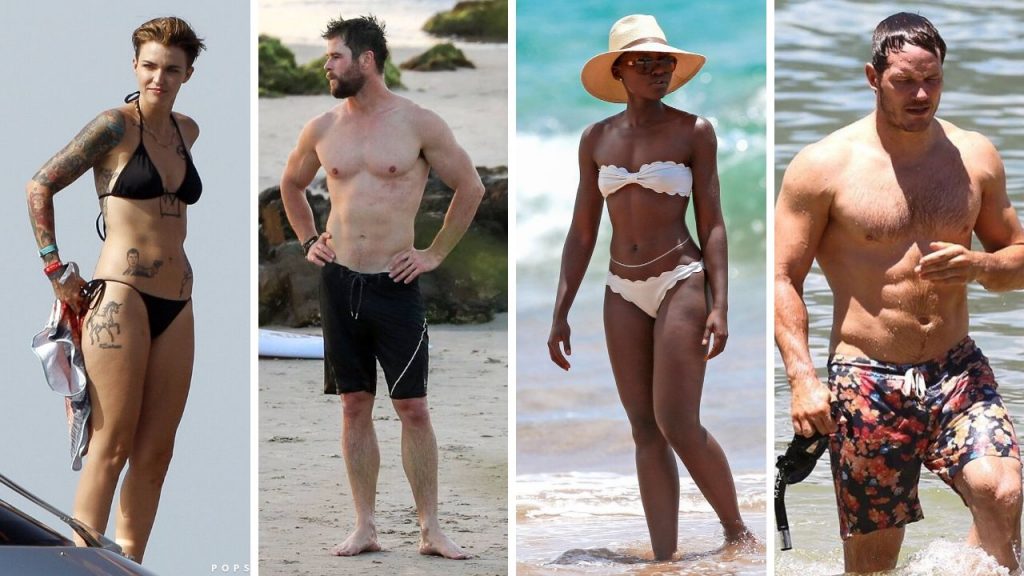 *Most Popular When Added To Support Prepping For A Specific Role*

We also have our fair share of celebrities who opt for very specific restrictions in their daily diets.

That being said, a lot of them also choose to add these restriction in when it comes time to prepare their on-screen physiques!

I am going to give you guys names of 2-4 celebrities who have used each diet and do my best to name at least half a dozen different restrictions that we’ve come across in our research of over 300 to date.

That being said, there are definitely A LOT more celebrities and even more restrictions that are specifically mentioned, on top of notes that I’ve made (For example: Vegan/Vegetarian seems to be one stand-out diet that is used more often for everyday life, while others may be seen more often during a fat-loss or prep phase) throughout my research that is far too long for this article and can be found within my book.

Things to also note when reading these lists:

But, considering this section will likely be our longest due to obvious reasons, let’s get into it.  I’ll also do my best to name which Academy Nutrition Class best represents each diet, but if you’re a member and have gone through them it’s likely obvious!

And, there’s even more where that came from.

Obviously, if you want the whole scoop you can grab my book, but this list has hopefully given you an idea of the most sustainable and popular dietary choices among celebrities.

If you have taken anything from this list, I would hope that these things are among them:

If you didn’t get any of that from this list…well, hopefully now you got it.