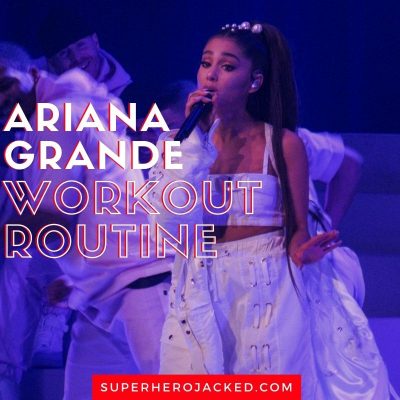 Ariana Grande’s routine has been requested more times than I can count the last two months or so.

Okay, settle down with the “It took you TWO months!?” comments.

We had a ton of other amazing women who had already been requested that I still had yet to get to, but we’re finally here.

It’s, as they say, the moment you’ve all been waiting for. And, I’m even writing it on Christmas Day for you guys.

Ariana Grande isn’t the first musician to hit the site, as we’ve also had Rihanna, Zendaya, Demi Lovato, Adam Levine, and a couple others.

She went from Nickelodeon star in Sam and Cat, and Victorious, to music sensation, grabbing the top of the Billboard 100 and never leaving!

I hear her songs a lot when I’m listening to “Top Hits” on Spotify, let’s just put it that way.

Regardless of the height range, Ariana Grande is one of the shortest women we’ve seen on the site.

Don’t worry though, there are a handful of others right there with her.

But then there is also that taller range, and amongst the tallest (even taller than the 5’7-5’8), are ladies like Gwendoline Christie, Gal Gadot, and a few others – with Phoebe Tonkin, Gabrielle Union, Brie Larson, Nina Dobrev, Daisy Ridley, and so many more coming in around that 5’7-5’8 range.

And, let’s not forget the shorter ladies of SHJ like Scarlett Johansson, Mila Kunis, Emilia Clarke, Lucy Hale, Julianne Hough and a good handful of others. 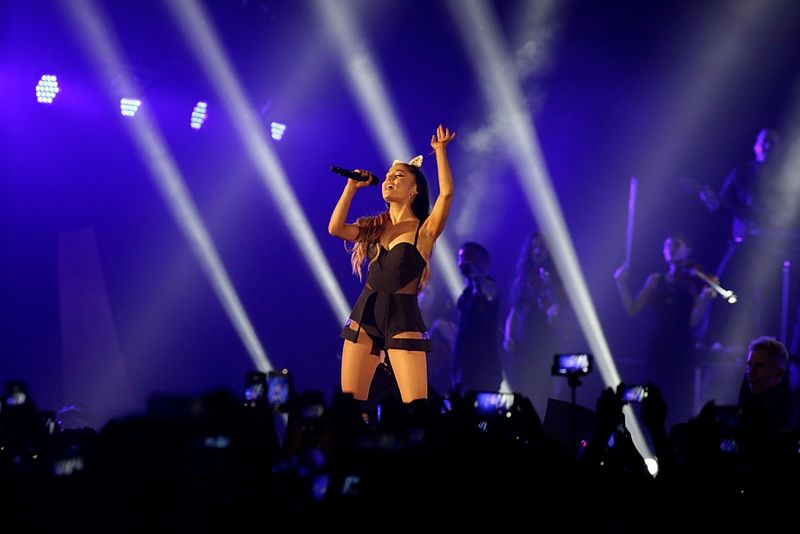 So let’s get one piece of information straight right off the bat: Ariana Grande is a vegan.

That makes this discussion a lot easier.

Even back in 2016 Grande had already been vegan for a few years, telling Mail Online:

Her personal trainer gives us some pretty good information about her diet and fitness routine in an interview with Look.com UK, as well.

The article even continues by sharing us some of her activity and a quick ab routine, which we’ll discuss later in the workout routine research section.

In an article by Peaceful Dumpling we get a quote from Grande, and some other information about her diet:

Indeed, I think all of us in the healthy-eating community cringed big time when Ariana Grande licked a doughnut she didn’t plan on purchasing in some spontaneous protest of the unhealthy Standard American Diet. She later apologized, saying, “Food is very important to me, and I sometimes get upset by how freely we as Americans eat and consume things without giving any thought to the consequences that it has on our health and society as a whole.” Girl, me, too. But drive-by doughnut desecration is never the answer.

Grande and her trainer, Pasternak, are big on social awareness in this area.

On top of Grande speaking out about it, Pasternak says:

We also see a lot of celebs opt for a sustainable approach like this. 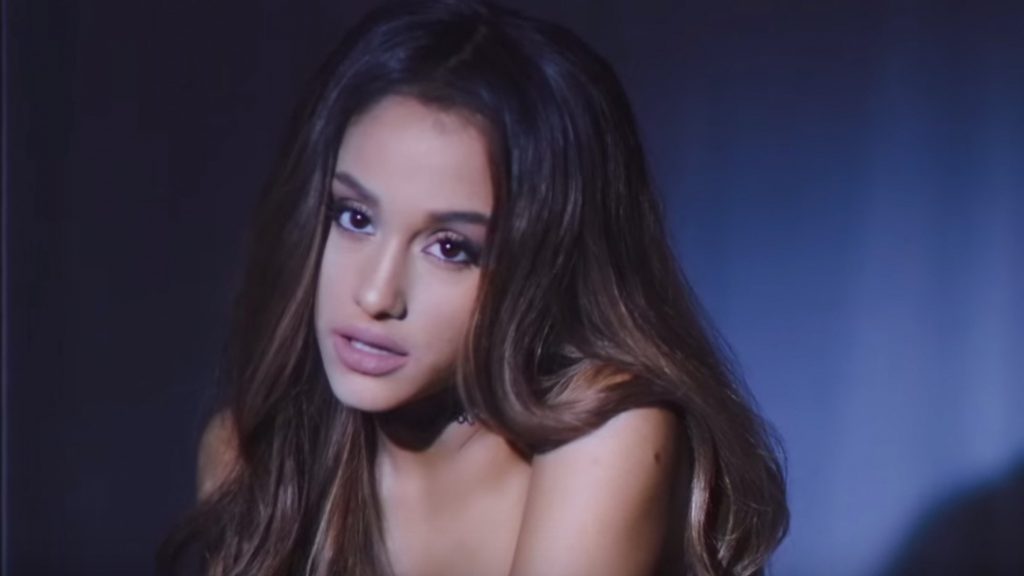 When people see Ariana Grande they might immediately think this superstar is at the gym forming her stunning body.

And, while she is extremely active, that doesn’t mean that hours are being spent working out in the typical fashion.

“I try and live a healthy lifestyle; eating right, exercise and sleep are all so important,” but she doesn’t need to ramp up those workouts when preparing for a tour, because she added, “I try and stay really active all the time. I like to hike when I can and being on stage is a great workout.”

And Insider gives us a shared blast-from-the-past quote:

Back in 2013, the then-18 year old told Shape magazine, “I jog up to the Hollywood sign every weekend.” She said she loves a long hike because “it’s fun and what a view!” And although it’s likely a bit more difficult to make the trip given her immense level of fame, Grande still gets plenty of cardio in from being on stage, telling Shape, “Nothing burns more calories than dancing in five-inch heels… try it!”

Just further supporting the activity that Grande chooses to utilize to obtain her physique.

Lucky for us, Ariana Grande’s trainer is extremely open about her fitness “secrets”.

Another Insider quote tells us:

The key to working with the kind of people like Ariana, is making the most of what we have, time-wise and equipment-wise and space-wise, without ever injuring her,” explained Pasternak. “If I hurt [Ariana’s] knee, she cancels a show. She cancels two weeks of performing.”

He added, “If you hurt yourself exercising, not only are you not going to exercise for a while, you might not be able to do a lot of the things you love.”

And while plenty of trendy workouts involve high-intensity interval training or lifting seriously heavy weights, Pasternak told SELF, “We’re not doing explosive movements, no heavy weights involved. We want to work her, and we want to do it in a safe way — this does it all.”

And, as I said before, Pasternak also gives us some insight into her ab routine and other information that we can utilize to build this as well.

In both articles Pasternak shares the fact that he’s a fan of lunges (in multiple variations) and pike planks.

Expect to be seeing those.

“For the longest time, I was like, ‘How is that more effective than doing a full-fledged workout?’ It really is,” she shared. “I feel better when I’m just moving around a lot. I could do a really hard workout and then sit around all day and not feel as good as if I am constantly moving.”

So, while you can’t out-train your diet, it still is incredibly important to be active!

“I give [Ariana] a step goal every day, whether she be dancing to get that step goal or watching her favorite movies while walking down the treadmill really slowly,” he said. “Twelve-thousand steps a day and she hits it. I can’t imagine her being still.”

And he wraps us up with:

Your approach to health and fitness needs to start with movement and eating properly and better sleep. When you hit those out of the park consistently, then and only then should you consider the resistance [training] part.”

Grande might not be in a gym setting every single day, but she sure is active every single day!  This routine is going to be based around high activity level as much as it is the bodyweight routine we’re going to build based on what we’ve learned from her trainer, Harley Pasternak.  You’re going to be required to get active 3+ days per week, and on top of that, get in the bodyweight workout 3 days a week as well.

The Bodyweight Routine (3 days a week)

I understand it’s sometimes hard to get outside and walk 12,000-14,000 steps, but that is what is required if you don’t fill it in with some other form of activity.

**Keep in mind, Grande also is a performer and her routines are extremely active.** 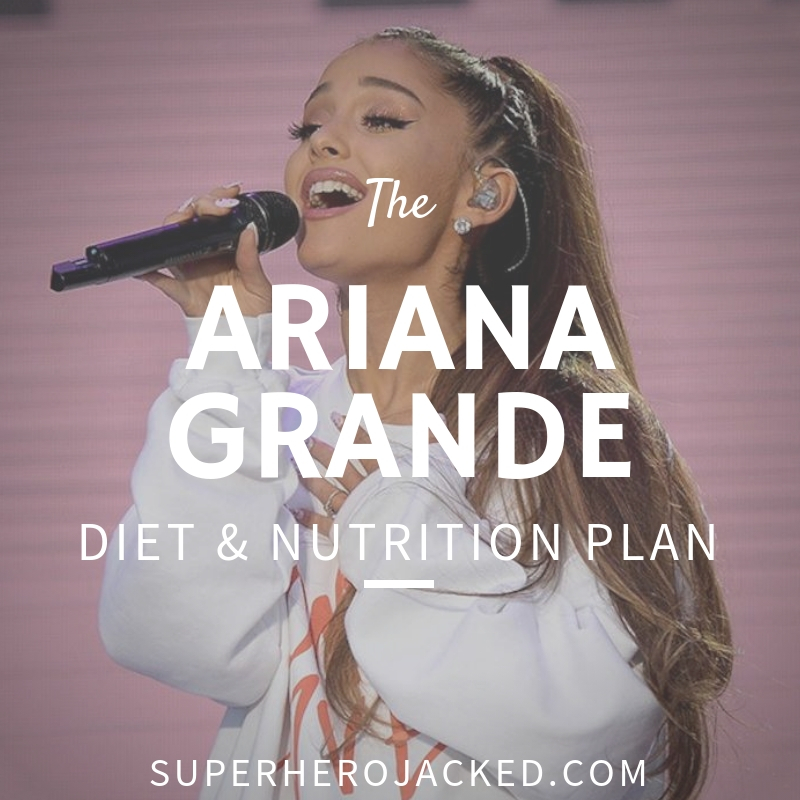 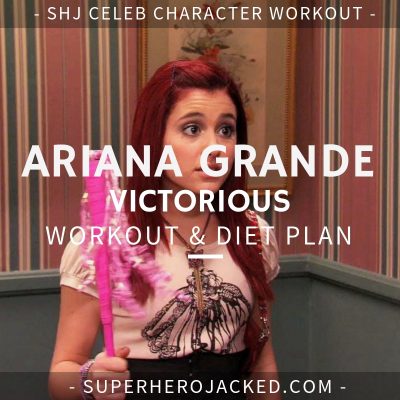