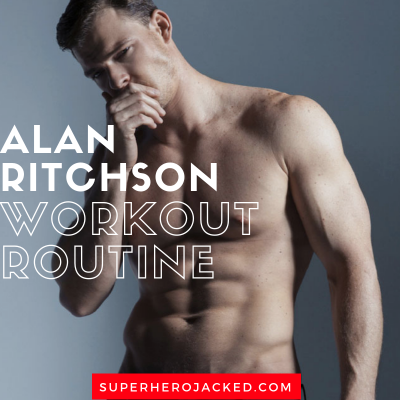 It wouldn’t be right to have Dove (Dawn Granger) on the site and not see Hawk (Hank Hall) the same week.

Not to mention, Alan Ritchson has played a good handful of nerdy characters, and is Superhero Jacked!

AKA: He definitely deserves a spot on the site.

We’ve already seen Brenton Thwaites and Minka Kelly who will be Ritchson’s co-stars in Titans as Dick Grayson and Dove, but now it’s time to see how this stud stays shredded.

Alan Ritchson is right at the average height among male celebs we’ve seen at SHJ.

Standing right there with our other studs. 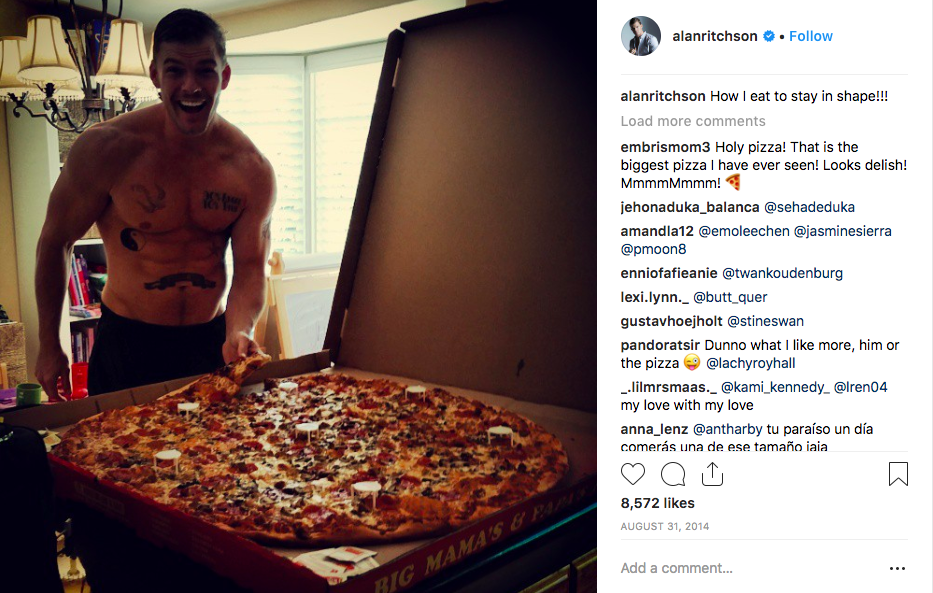 As you can see above, Alan Ritchson is another celebrity that believes in sustainability and allowing himself some cheat meals.

We’ll talk more about that in a bit, though.  First I want to prove what I’m telling you by going through some more information from Ritchson.

In an interview with Muscle and Fitness, Ritchson states this about his nutrition:

He says he’s aiming for a swimmer’s physique and achieves this with, in addition to his intense bodyweight workouts, an 80/20 diet that includes no dairy, no refined sugar, not much red meat, and lots of salads and fish. “I give myself permission 20% of the time to eat whatever I want,” says Ritchson. “I’ll have a piece of pizza, and I don’t beat myself up about it.”

He even, after watching the documentary Forks Over Knives a while back, tried to give up meat completely. But this turned out to be a bridge too far. “I was like, ‘OK, I’m gonna go vegan,’” recalls Ritchson. “And I made it like four days. I was dreaming about ribs and burgersOpens a New Window., and I’d wake up pissed off that I couldn’t have them. And then I broke. I was like, ‘No. Never doing that again. I’m a meat-eater. It’s just my blood type.’” 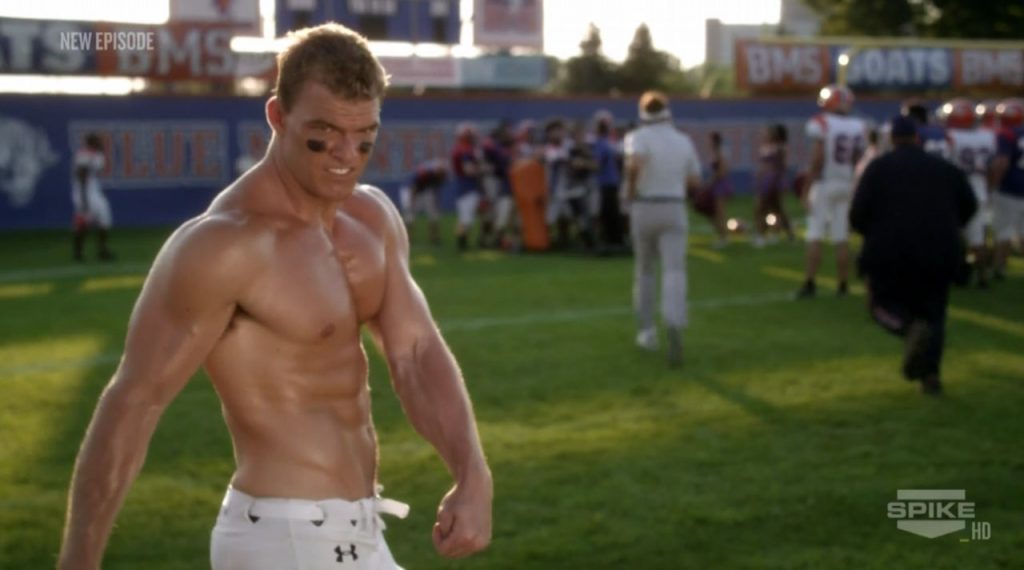 There’s a good handful of articles on Alan Ritchson’s workout routine as well, but only a couple have direct quotes and research from Ritchson himself.

So those will be the resources we’ll be using to build the routine here.

Muscle and Fitness shares this with us from their interview with Ritchson:

My genetics lend themselves to size, so if I wanted to get enormous, I could,” he says. “If I start working out with weights or bench pressing at the gym, I would look like an ogre.”

Which is why Ritchson’s current workouts haven’t really changed much since his high school days. His training consists of long runs (up to 13 miles a day), plus sprints, pushups, dips, pullups, situps, and burpees. (He belongs to a gym, but he chose it because it had really good pullup bars for muscle-ups.) “I get outside as much as I can,” says Ritchson. “I live in the hills in L.A., so I [run] on Mulholland Drive or the trails in the Santa Monica mountains. It adds something to the runs.”

And in another article on Slack we get a ton of other great information about Ritchson’s routine:

Ritchson calls his running program “the foundation of my routine,” spanning five days a week. He alternates sprints with distance running. At least two days a week are dedicated to high-intensity sprints. After a light warm-up run (approximately 10 minutes), he does a series of sprints totaling 1,000 meters. On his three moderate-distance running days, he runs between 3 and 5 miles. If conditions force him to run inside, he uses a treadmill set to a minimum incline of 2.0.

In the weight room, Ritchson says his routines have always been primarily based on bodyweight and plyometric exercises. His latest workout regimen includes a Tabata-style program of five rounds lasting 1 minute each, with 10 seconds of rest between sets.

Because Ritchson gets out there and stays active!

We also get a great share for his Tabata-style programming which I’ll be utilizing as well.

Ritchson trains 6+ days a week because his training revolves around staying active.  He runs a ton, and also incorporates a lot of bodyweight training on top of sometimes using Tabata-style circuits.  I’ll be giving you three days of programming to be utilized multiple times a week (each), and also reminding you of some activity to be added in.  I’m also including a bonus ab circuit that can be added in from time to time as well.

You can take this slow, but he states that his running sometimes even goes up to 13 miles!

Start with 2-3 miles and work your way to more.  Get outside and make it fun!

5 Rounds of Each, 1 minute Rounds, 10 Second Break In Between

“Ritchson, who gained international notoriety in The Hunger Games: Catching Fire for his abdominal muscularity, says his favorite core circuit is 3-4 sets of a routine during which he hangs from a pull-up bar while performing the following:” 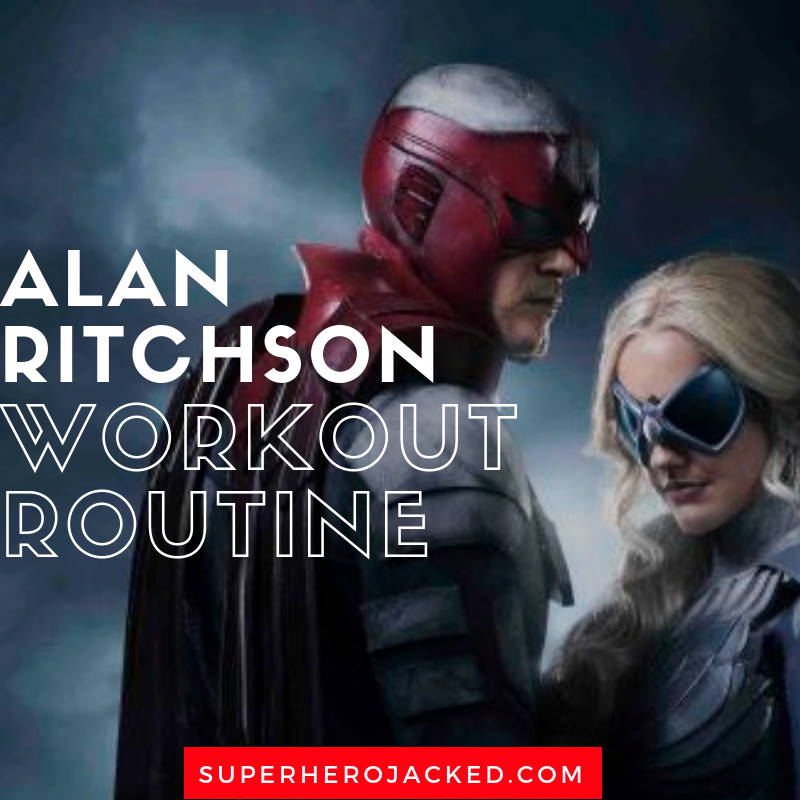 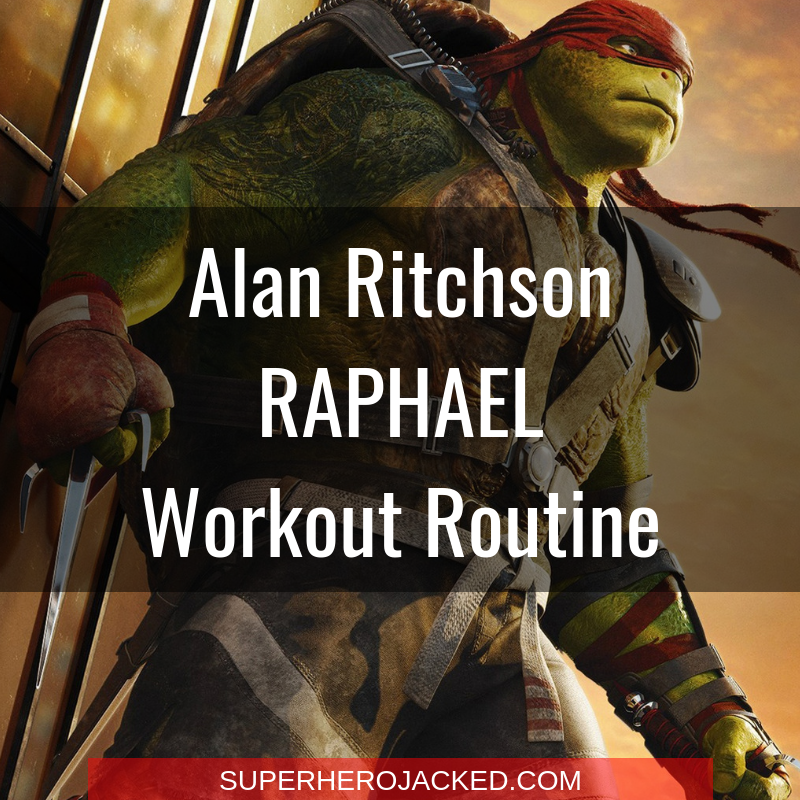 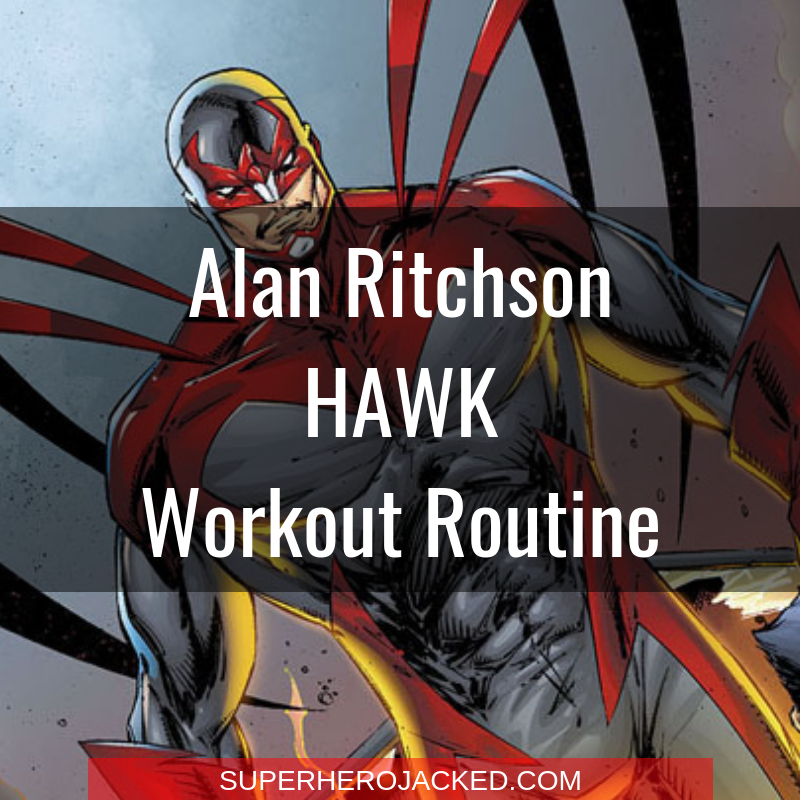 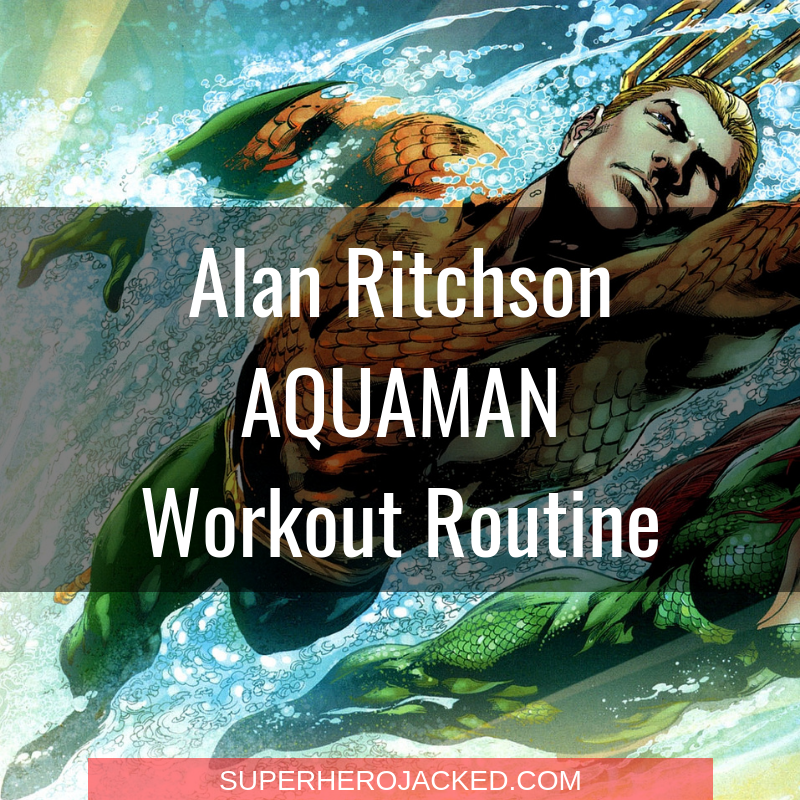