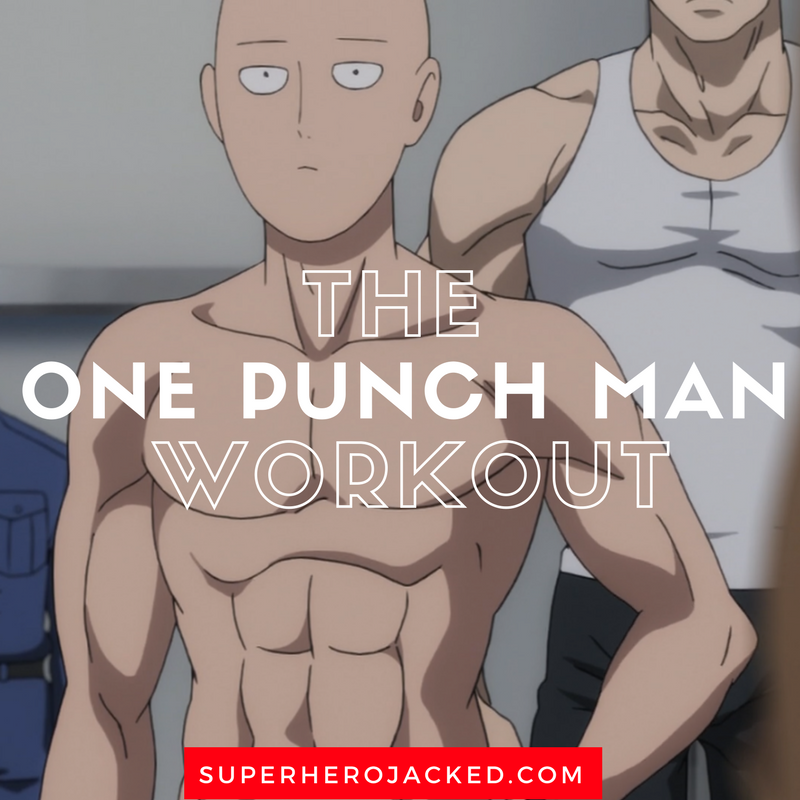 One Punch Man is overpowered.

That much we can’t argue.

The overpowered superhero is based on an ongoing Japanese superhero webcomic created by ONE (a manga artist).

And, as much as he is overpowered, I’ll accept that – and I’m sure you will too.

I’d love to be overpowered….

Another cool thing about One Punch Man is the fact that he gives us his workout routine in the show!

Saitama is a pretty small.

There’s no denying that.

Wolverine holds the shortest spot among comic characters we’ve seen, but One Punch Man falls next on the list at 5’9 – with Spider-Man, Daredevil, and Green Arrow coming in around 5’11 and Beast joining them.

Just above them are Aquaman and Punisher standing only an inch or so taller. 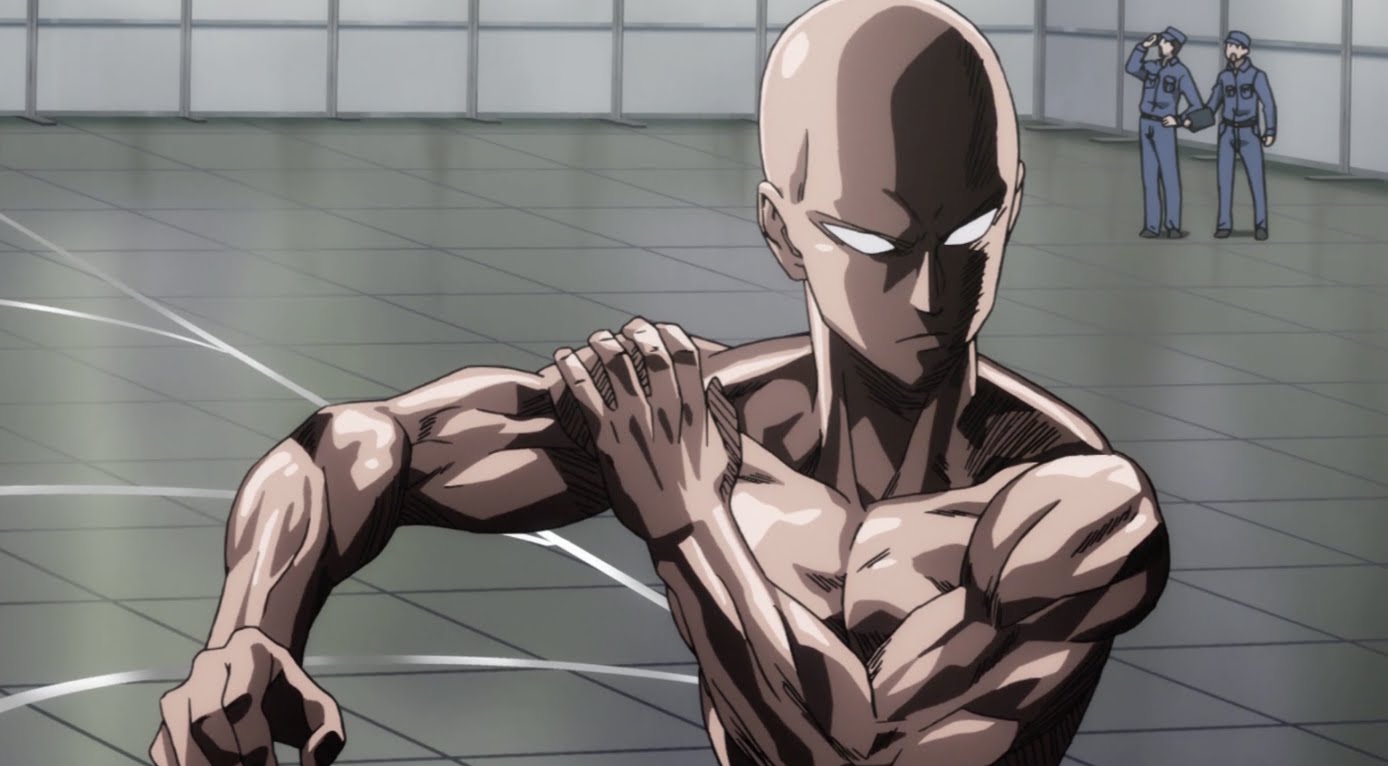 One Punch Man Diet and Nutrition 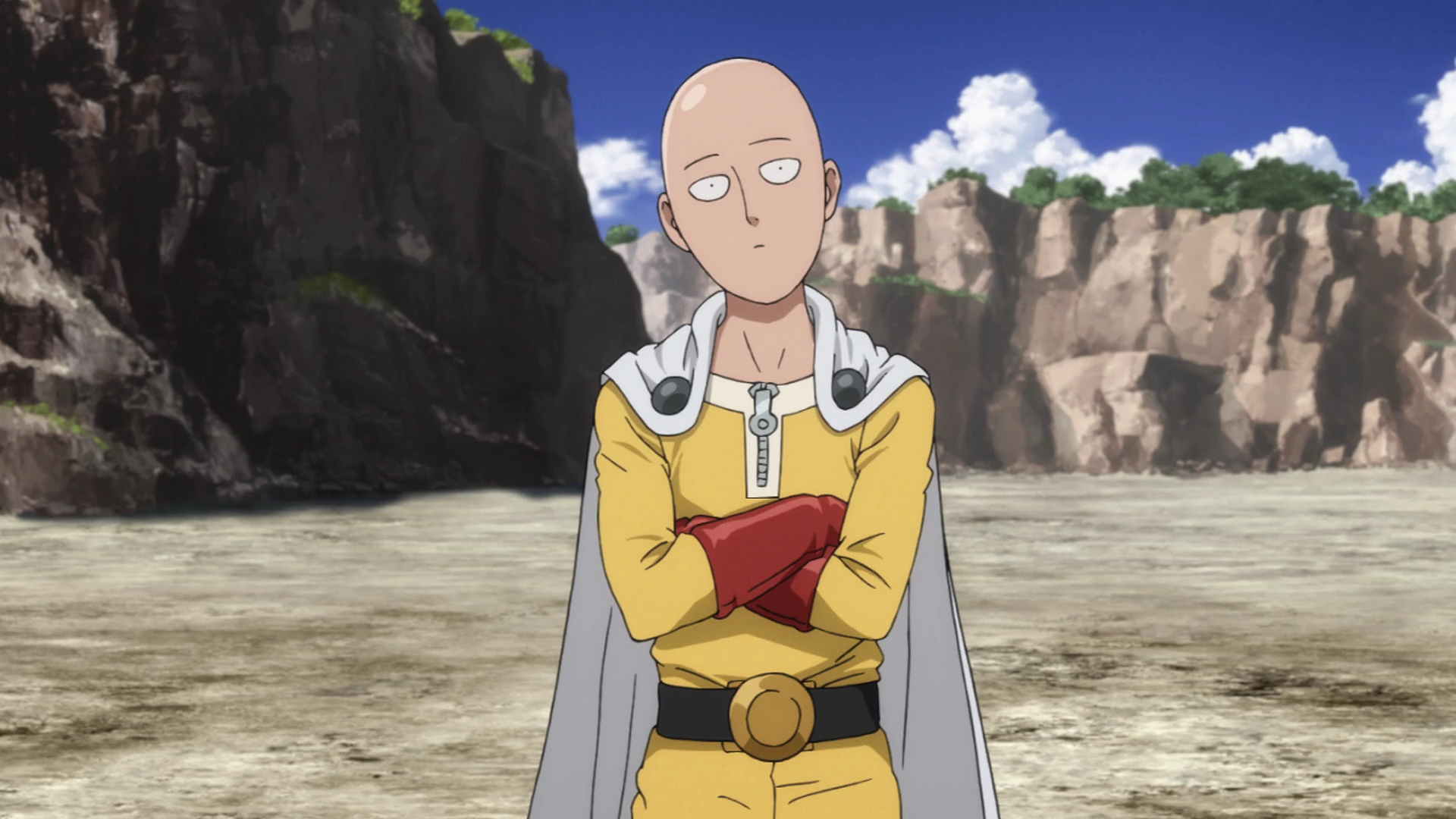 This is what I generally refer to as the “fun part” of the article.

And what I mean by that is the fact that we get to break down the characters powers and abilities to show the “how” and “why” of the workout routine.

Wiki tells us about Saitama here:

Saitama is an indifferent person. Even the mightiest foes pose no challenge to him, so he does not take his hero work seriously and yearns for an opponent that can provide him with a challenge. The lack of any such opponents has led him to suffer from a self-imposed existential crisis, and he claims that his ability to feel any and all emotions has dulled considerably. The combination of his attitude, unstoppable strength, and “unimpressive” appearance often causes his battles to become anticlimactic. Saitama will usually allow his opponents to rant about their motives and power up into their strongest forms, before obliterating them with a punch.

I went ahead and bolded the part that I liked the most, but I gave the entire paragraph because it’s all pretty dang interesting.

I definitely could go for some “unstoppable strength”.

And, to be honest, his appearance is impressive when he’s shirtless – just not in costume and comparison to his foes!

A little more about his powers:

The origin of Saitama’s immense strength is mysterious and unclear. Although he tells everyone he got his incredible power through mere physical training, no one believes him at all.

Which I also include because I want to remind you that we’re getting this workout right from Saitama himself!

The One Punch Man Workout Routine

Everyday for a year and a half!

According to Saitama, after a year and a half he had achieved some level of superhuman strength.