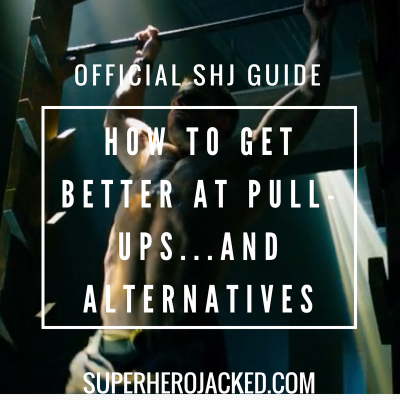 You guys ready to do some pull-ups?

Well, if not, you’re probably on the wrong article…

I wrote a similar article titled: “How to get better at Pull-Ups, Pushups, Dips, Squats and Calisthenics”, which talked about scaling and getting better, plus some of the alternatives – but now in this one I plan on breaking down pull-ups even further.

It’s time to do some pull-up ladders like we’re Stephen Amell!

The same way I mentioned the fact that I get countless questions about getting better at calisthenics [in the other article], I’m going to mention that I get TONS of emails about pull-up alternatives (especially when a bar is not available).

So, we’re going to talk about scaling and getting better at them, but I’m also going to be breaking down multiple alternative options.

What is a Pull-Up?

Well, it would be even funnier if I didn’t start by answering the most simple question for everyone who is reading this article.

We’re going to have to go with Wikipedia for this one:

A pull-up is an upper-body compound pulling exercise. Although it can be performed with any grip, in recent years some have used the term to refer more specifically to a pull-up performed with a palms-forward position.

Which I’ll continue with their follow-up explanation for a chin-up:

The term chin-up, traditionally referring to a pull-up with the chin brought over top of a bar, was used in the 1980s to refer to a palms-away (overhand/pronated) grip, with a palms-toward (underhand/supinated) grip being called a “reverse-grip” chin-up.

And we’ve seen both pull-ups and chin-ups utilized as a priority in a lot of different workouts, such as: Stephen Amell, Charlie Hunnam, Jason Statham, the In-Home Workout Routine, Ian Somerhalder, and a ton of others.

But, I know Coach Richie says the In-Home Workout is pretty brutal, so if you’re just starting out you can also check out our Beginner S.H.I.E.L.D. or DEO Workout as well.

We see them prominent in workout routines that follow the “prison style” which we even saw Ryan Phillippe call his own workout.

And, I guess it would be silly to not name One Punch Man as well! 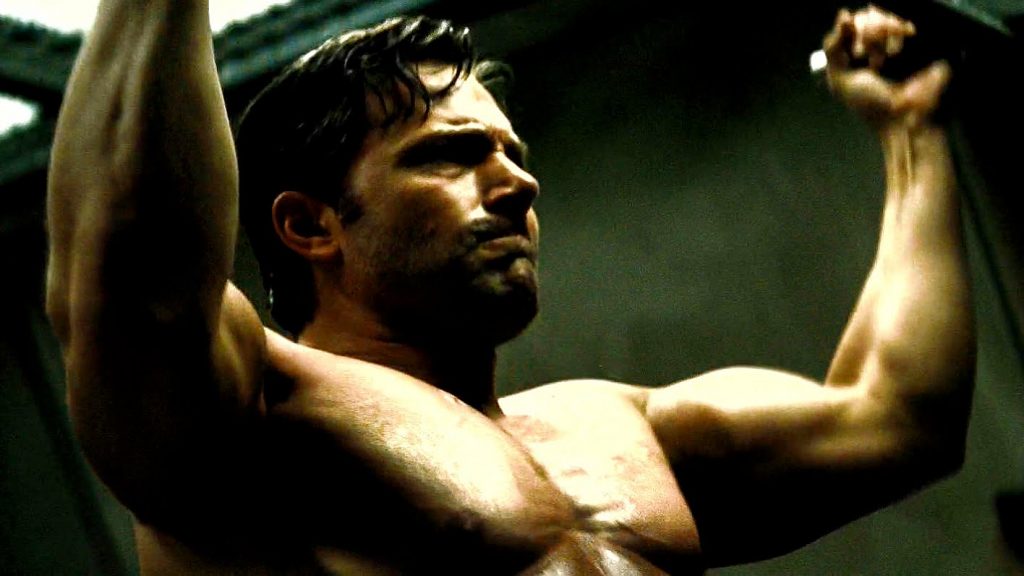 How To Get Better at Pull-Ups

Because this is something I talked about in the other article, I’m going to start with it here and repeat myself a little bit.

But, I’m also going to fill you in on the big secret.

The SECRET of how you REALLY get better at pull-ups.

Okay, I’ll tell you after we talk about the rest of the stuff we have to discuss….

So let me start by stealing some of the last article, being that it has a small section on this exact topic.

The trick with these movements (in this case we were talking about calisthenics in general) really becomes getting started and putting in the work.

It’s much like working out: the hardest part is getting started.  From there it’s as simple as finding a program, like we have The Superhero Academy, and then utilizing it and sticking with it.

Progression is key, and so is sustainability.  That’s why everything I do is based around how well the SHJ Army can sustain it – including our Nutrition Pillars.

At one point I hated pull-ups…

Now they’re listed as tied for my favorite movement with deadlifts on my About Me page.

I got better simply by doing them.  I never stopped, and eventually I got better and better.  Now I can jump up to the bar and bang out 25 easily.  Same thing goes for pushups as well.

But what if I can’t do pull-ups right now?

Well, that’s a good question, and definitely something that needs to be discussed.

What we’re going to do for each one of the movements we discuss is also talk about variations and scaling that can be utilized for them to get started.

Some ways you can scale your pull-ups when getting started (remember these for later):

So, if you can’t do pull-ups just yet, you’ll be utilizing scaling in order to work your way up.  It’s going to take time, so don’t give up if you can’t immediately jump up on the bar and get going.

And then before you know it you’ll be banging out weighted pull-ups, and all sorts of different variations on the bar!

If you don’t want a wall-mounted bar, I suggest something like this to get started in your house.

Okay, okay. I’m back for real.  End of old article.

By the way: the secret I was telling you about before…it was hidden in that copy-paster! 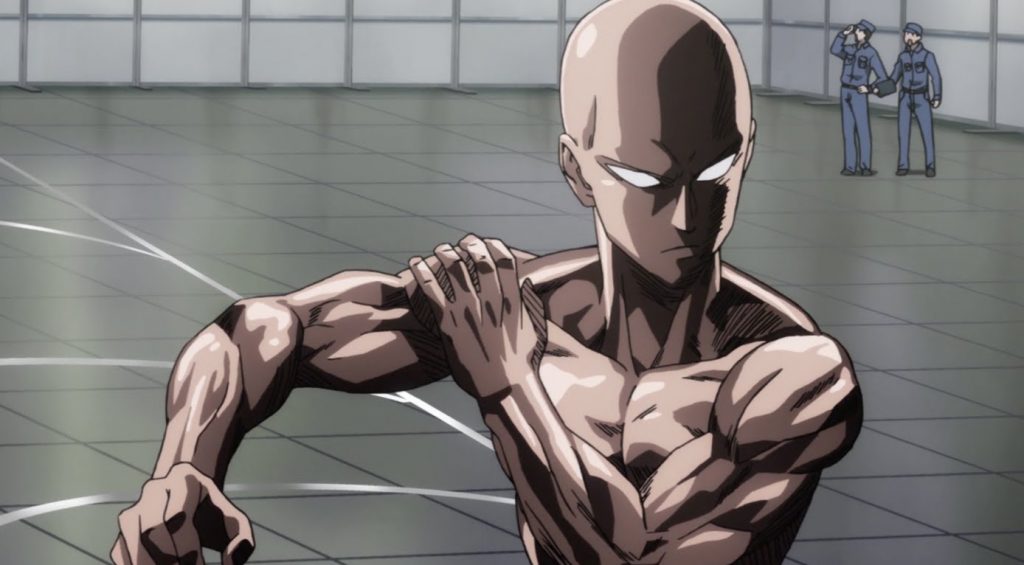 The Real Secret To Getting Better At Pull-Ups

Is that drum roll still going?

The real secret…and you’re going to be mad at me…but the real secret to getting better at pull-ups is by doing them.

There’s no shortcuts.  You have to do them.

If you can’t do them, or you don’t have equipment at home or available – there are some alternatives that we will go over that can get you prepped for pull-ups as well.

These alternatives can be looked at as a way to prep for getting better at them, and also as a way to hit the muscle groups that you would normally be hitting with your pull-ups.

So I’m going to tell you the secret one more time so that we can really drive it home for you: the real secret to getting better at pull-ups is doing them. 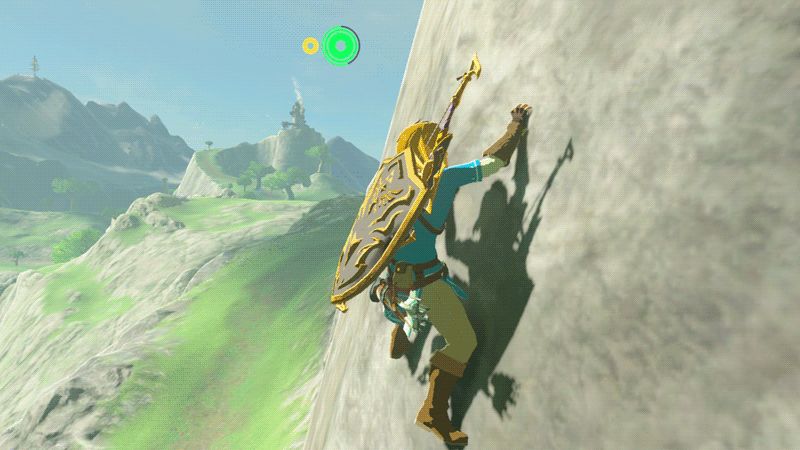 Bonus Tips for Improving Pull-ups (and other movements)

All calisthenic and gymnastic styled share a few commonalities when it comes to improving them.  These things are also core attributes you should be working on while doing them in the hopes to get better.

Aside from working hard and continuing to do them, there are some other things I’d like to share with you as well.

Two things you need to be doing to improve your calisthenic/gymnastic movements:

These things can also be utilized while performing other movements as well, but it’s extremely important to remember them if you’re looking to improve.  These are the fundamentals, and foundations for creating improvement and continuing to utilize these calisthenic and gymnastic type movements.

Okay we’re on to the main course people.

The moment I’ve all been waiting for. 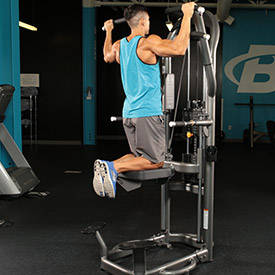 We’ll start with one of the most obvious options.

Regardless of if you’re using a machine (like shown to the right, courtesy of Bodybuilding.com) or a band, assisted pull-ups are one of the best ways to work yourself up to regular pull-ups and chin-ups.

I don’t think I have to teach you how to do these, because they’re pretty self explanatory, so let’s move onto number two! 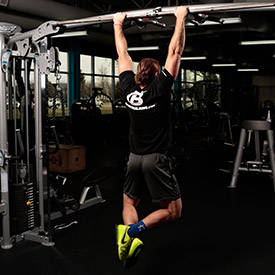 Here’s another one that will require necessary equipment, but will get you better at pull-ups in the long run.

Let’s go through the steps for this one:

Stand under a bar, jump up, grab the bar with a slightly wider than shoulder-width grip. Using the momentum from your jump, pull yourself upwards until your chin is above the bar.

This is your starting position.

Slowly lower yourself, keeping a tight core. Allow your arms to slowly extend as you inch closer to the ground.

Aim for 3 to 5 seconds until your arms are fully extended.

Upon reaching full extension, let go of the bar and return to the ground.

Repeat for recommended number of repetitions.

Now here’s one that you don’t need equipment.

Well, it’s not absolutely necessary is what I should say.

They can also be referred to as “handstand pushups”, but I look at that as an actual full handstand, so we’ll call these pikes.

You can do these as shown in the picture, OR by propping your legs up on a box to increase the difficultly as well.

This is a movement I tell people about pretty often when they’re looking for an alternative with no equipment other than pike pushups.

This is actually one of my favorites, and it’s pretty simple.  You can really sub this, and the next alternative, pretty easily right in the house at any time.

I’m not exactly sure where to give credit for this GIF, but it’s a lifesaver to explain how this movement is done.

Take something (a towel, shirt, whatever can hold you and be tied around the door/handles) and pull yourself into the door and then slowly do your negative out like a bodyweight row. 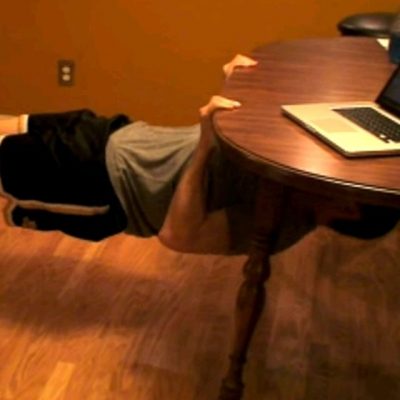 In this picture it may not do the movement justice, but I had to use it because it’s Steve Kamb over from Nerd Fitness in one of his first ever YouTube videos.

Bring yourself under the table (as shown) and do your row!

Don’t forget to keep your core and glutes tight the same way you would for the other movements, and you can even add a chair under your feet if you’d like to make the movement harder!

And that’s basically all she wrote!

Don’t forget to keep doing.  It’s not going to happen overnight, but if you continue working on it you’ll eventually get there.

As always, if you have any questions, or need some more pointers/tips, don’t hesitate to ask in the comment section below.