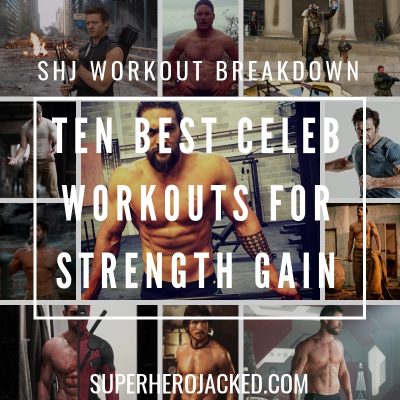 Let’s try one of these out for size.

See what I did there?

For size? Double meaning? Oh, whatever.

But, really.  This is the first time trying out an article like this, and it was prompted by a YouTube video topic and email newsletter that went out last week.

The video I’m talking about was entitled “How To Choose Your Workout Routine“.  This came about during a conversation in The Academy Facebook Group when members were planning their next routine.

During the video I mentioned how I was going to begin breaking down the workouts into some more categories, and now here we are.

The last thing I will share before continuing into the Top Ten Best Celeb Workout for Strength Gain is our SHJ Program Quiz.  If you’re still unsure where you stand, this quiz can help you find your place. 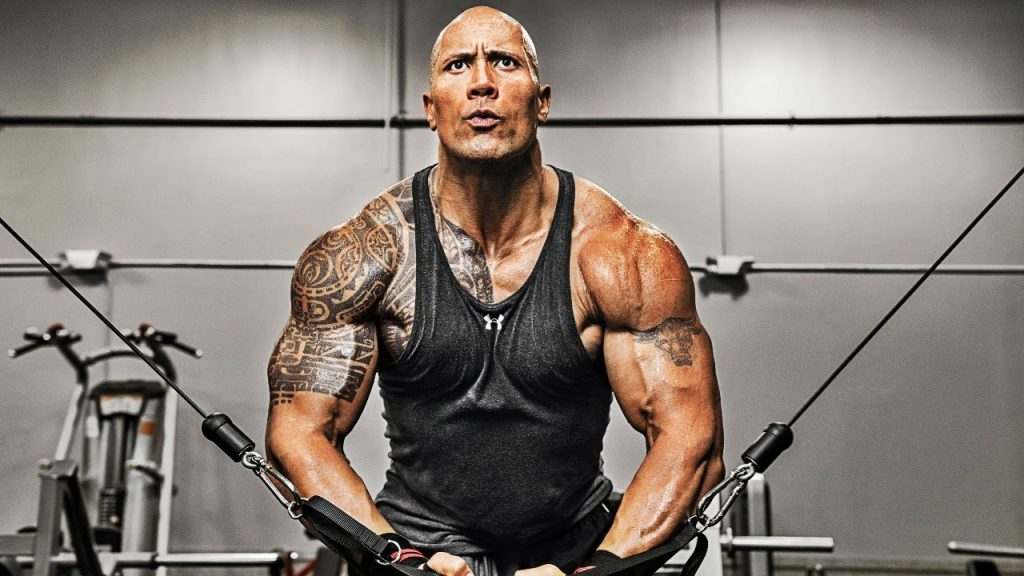 Some of you out there had to know this one was coming first.

Dwayne Johnson is an absolutely BEAST.

He is the epitome of Superhero Jacked, starring in countless movies we love, while showing off his massive physique.  From Hercules, and The Fast and Furious series, all the way to Baywatch, Jumanji, Rampage, and hopefully soon to be Black Adam!

Brandon trained like him for a week on the YouTube channel, and it was actually the first of that series.

He said it was brutal!

He trains six days a week, utilizing lots of sets and lots of reps.

He also fits in cardio to train his cardiovascular system as well, while making room for those epic cheat meals we all love to see every single week! 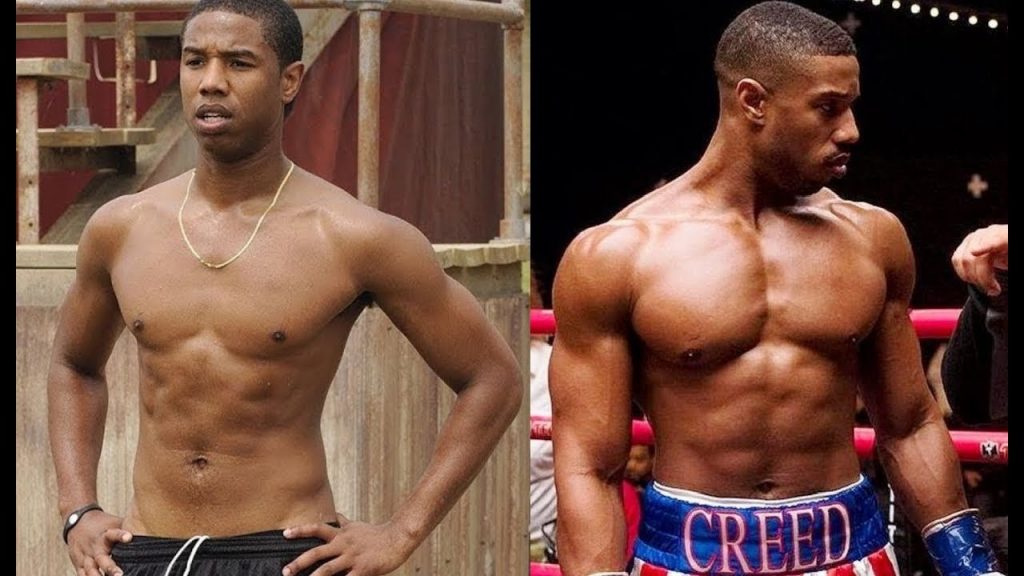 I’ll just say this right off the bat: the top 3 choices are actually routines Brandon has done in his “I Trained Like” YouTube Series.

Here is the Michael B. Jordan video.  This one actually has the most views out of the entire series.

Which actually isn’t surprising, because he chooses the celebs based on their routines effectiveness as well as fan favorites.

Jordan has now taken on the role of both Human Torch and Killmonger.  He bulked up and leaned out for his first appearance in Creed, and then continued to get massive for his role in Black Panther.  From there, he did it again, leaning out and showing off an incredible physique for Creed 2.

We actually now have two variations of his routine, for this very reason!

We’ve seen Hardy take on some monstrous roles in Warrior, Batman as our Bane, and even Venom most recently.

He bulked up and put on a ton of mass for Warrior and then kept it on for his future roles.  His routine replicates that of his initial work for the big bulk he utilized – which makes it one of our favorites for strength gain!

Want massive traps and the ability to lift a ton of weight?

Hafþór Júlíus Björnsson is not only The Mountain in Game of Thrones, but he’s also the World’s Strongest Man.

The only reason his routine isn’t first on the list is because it does include some training that’s a bit different.

He trains to not only powerlift heavy weight, but also to compete in Strongman events, so his conditioning and some of the program might look a bit different than you’re used to.

But that doesn’t mean you shouldn’t give it a shot, because it’s still freakin’ awesome.  I mean, he is the strongest man in the world for a reason…

Chris Evans is another celeb like Michael B. Jordan who started his superhero career off by playing Human Torch before landing in the position he was made to play.

He started off in 2005 playing Johnny Storm in Fantastic Four, where he sported a decent physique (probably one a ton of people would be happy with), but then absolutely stepped his game up – bulking up a ton of mass for his role in Captain America: The First Avengers in 2011.

We now, like Michael B. Jordan, even have two variations of his workout routine through the years.

He is just one of those celebs we’ve had to go back through and update. 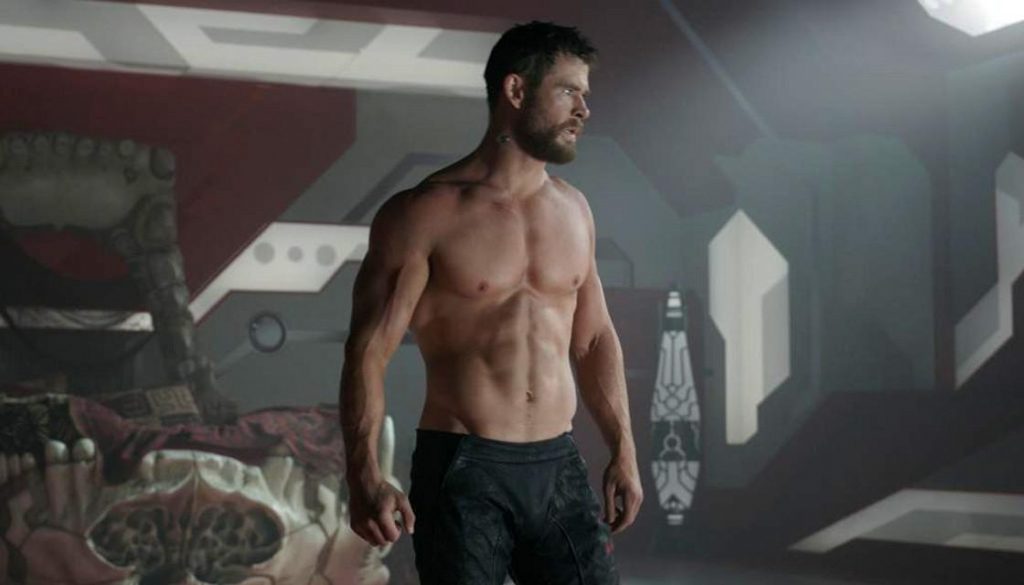 Did I mention having to update some celeb workouts with another variation?

Okay good, because I also had to do that for Chris Hemsworth as well.

He started playing Thor in 2011, similar to Evans’ Cap, and since then he has utilized a variety of training methods – in which we highlight multiple in his article.

His is actually one of my favorites, but don’t tell the rest I said that.

Henry Cavill is definitely someone you should be noticing when it comes to bulking up and getting strong.

And I swear I’m not choosing these celebs that specifically have updated workouts/articles (second versions to their workout), it just so happens that the celebs making these amazing “gains” are the ones that are diversifying their training and utilizing multiple methods.

By that I mean, Henry Cavill is another actor who we’ve gone and done a second variation of his training for.

And now I’m extremely excited to see how he does as Geralt in Netflix’s Series: The Witcher. 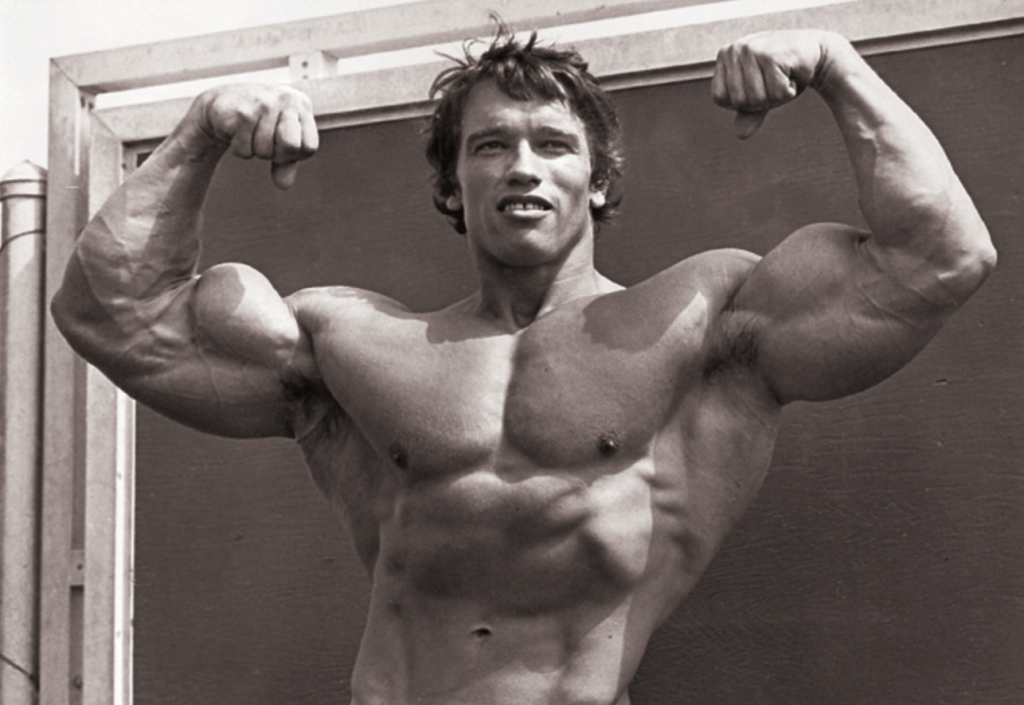 I’m going to be completely honest: I had a really hard time choosing a picture to use for Arnold.

Which sounds crazy, but then “Should I use Terminator?  Or Mr. Freeze because this is SHJ?  Oh, screw it, this is fitness!”, is basically the thought process.

And there was absolutely no way I was not including him on this list.

His routine is definitely one that is going to have you building strength! 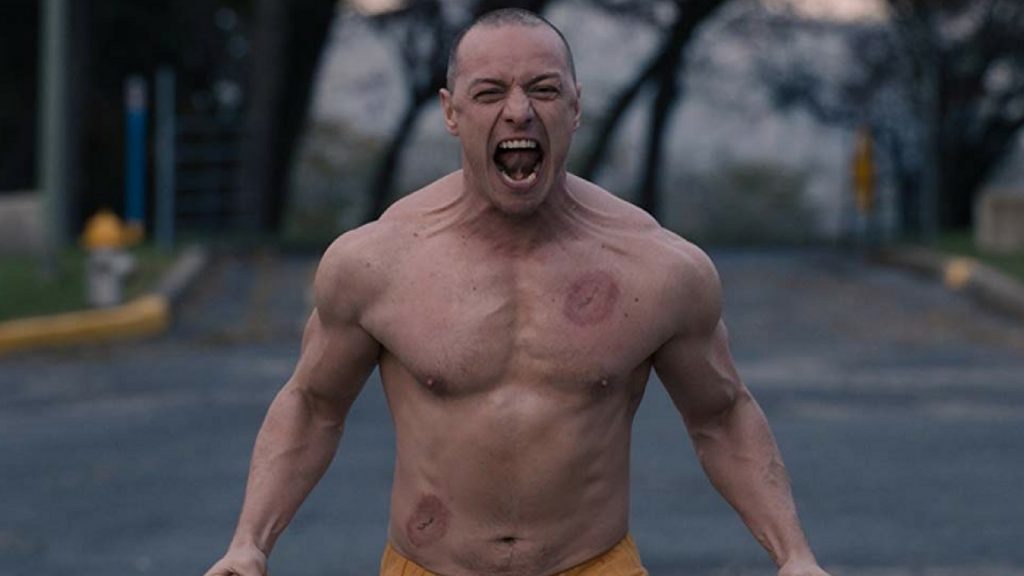 I figured this was one that you guys weren’t going to be able to just guess.

McAvoy’s routine just recently hit the site after he bulked up for his role in Glass.

As our Charles Xavier, he didn’t need to carry much mass.

Recently, though, McAvoy picked up a routine specifically to tack on muscle and strength.

It’s a perfect routine to do both, and one that isn’t overly advanced or fancy.  Definitely a good place to start. 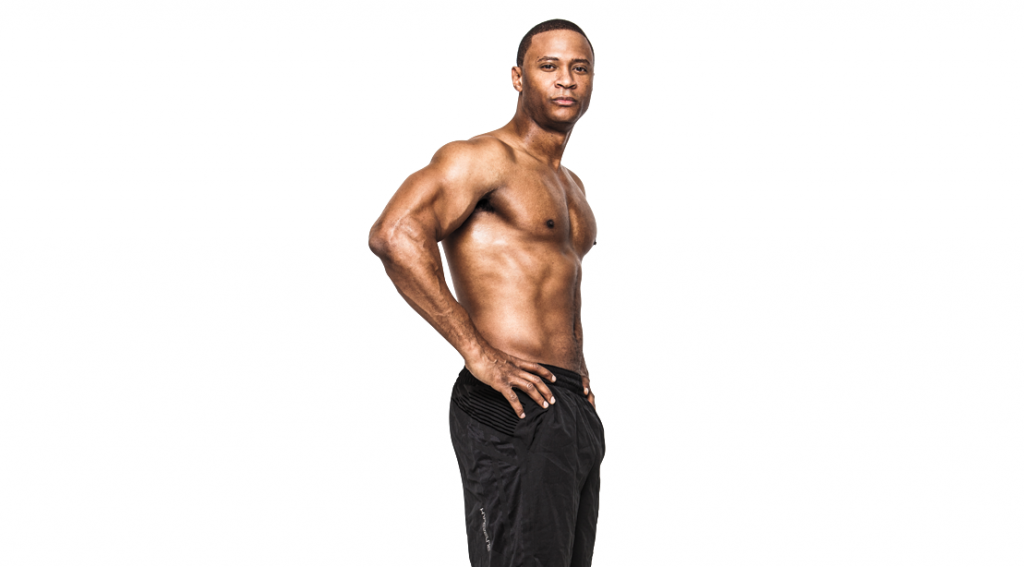 There’s no way you guessed that one, either.

Ramsey sports a bulky physique and his program is one that can create it.

One of our Academy members Marcus, who also shared his success story here, started utilizing it after the Superhero Bulk and Strength Program prompted him to want to continue focusing in on his strength gain.

And he definitely had the right idea.

This is one that can be utilized by beginner lifters, and get the same results as those advanced lifters coming in and giving it a shot!

That’s all she wrote.

I hope you guys all enjoyed this new format I’m trying out.  We have so many routines that I wanted to try and make the lists 10 each time (I know that’s a ton, but we need it)!

Next week we’ll have 10 ladies routines for strength gain.