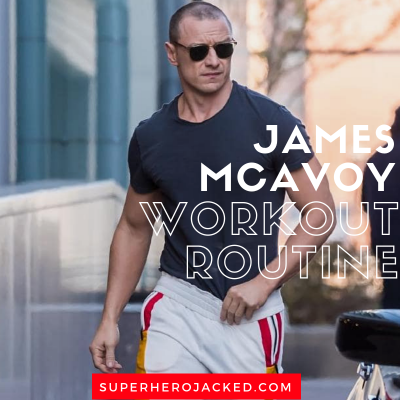 I’ve been really excited to write this article.

The only reason I didn’t put it up and write it sooner is because there’s just been so many other awesome celebs to write about that had roles coming sooner, like Jamie Foxx [in Robin Hood] for example.

And, just as a preface to this workout routine, this is not going to be a paraplegic workout, as that one was specifically created for the Professor X routine.

But in all seriousness, James McAvoy’s roles are incredible.  I remember watching Wanted and just being in awe. Since then all his roles in the X-Men movies as Charles Xavier have been incredible, and he’s even been in Victor Frankenstein, Split, and soon to take on the role of his Split character in Mr. Glass.

James McAvoy is actually quite short.

I was going to say REALLY short and then I realized I’m right there with him so I stopped myself. 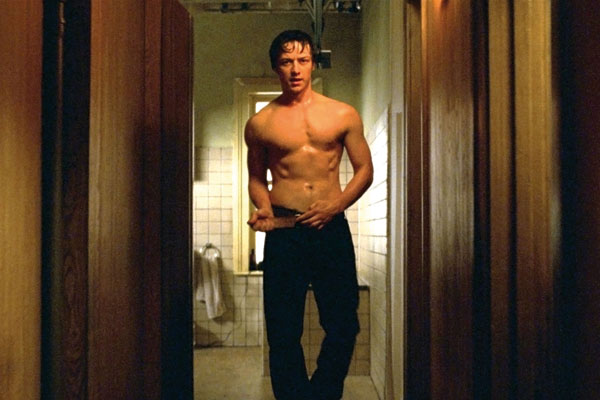 So there have been rumors that James McAvoy had to eat 6,000 calories a day to get jacked for his role in Split.

Thankfully, I’m here to touch on those right off the bat.

An article from Esquire states:

James McAvoy did not eat 6,000 calories a day to look the way he does now.

That, according to McAvoy, is bullshit. While he did tell Mr. Porter in January he ate 6,00o calories a day, he says he was joking at the time. It “was meant as a joke and is being widely used out of context” the actor wrote in a myth-busting Instagram post this morning, which is altogether reassuring, as 6,000 calories is a ridiculous amount to eat every day, even under the watchful eye of a personal trainer.

Men’s Health even touches on the 6,000 calorie a day by writing their own article stating that he DOES (even making it the title of their article), which they then had to update and resolve with the new information that McAvoy states that is ridiculous.

But, let’s take a look at the actual quote from the interview with Mr. Porter:

“It’s super-simple, but it works every muscle. And I’d eat 5,000, 6,000 calories a day. Instead of eating two eggs in the morning, I’d eat eight. Then a snack of chicken breast. Then two chicken breasts for lunch, and then a steak or another snack. Then two salmon steaks for dinner.”

But, that means he DID calorie/macro count, and he DID eat much more calories – he just exaggerated with his 5,000, 6,000 number when he was doing the interview. 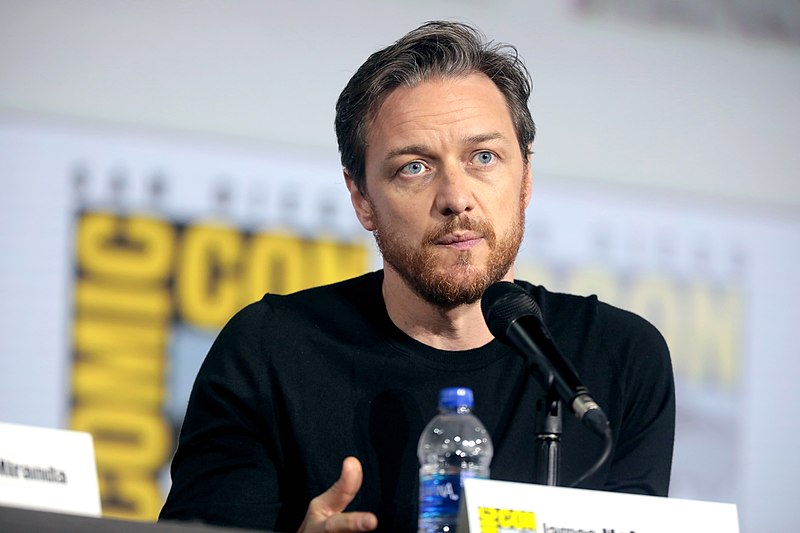 In the same interview with Mr. Porter McAvoy breaks down his workout routine.

Quite quick and simply, actually.

just went into a gym and did it myself: a power-lifting routine called 5×5. You do five different exercises four or five times a week, and they’re huge, big exercises. Pick something up and do that,” he says, extending his arms above his head, “then put something on your back, sit down and stand up.

That’s something we can get behind.

Combined with the increase in macros/calories, this big workout sounds very similar to a bulking routine we’d see from The Academy or even the Superhero Bulk and Strength program.

But, don’t worry, we’re going to make another one for you here.

McAvoy really emphasized the simplicity behind everything.

He joked about the diet because he really did increase the calories, but for him it was quite easy, and he even said he originally Googled how to get bigger, quicker, and then just went out there a did it.

That Google search resulted in his 5×5 routine, by the way.

So that’s exactly what we’re going to do.

We’re taking it all right from James McAvoy’s own explanation. Five BIG exercises 4-5 times a week.  But, we’re also being aware that he exaggerated in his interview, so please read below.

Most 5×5 programs revolve around 3 day splits due to the volume of big heavy lifts utilized.  For that reason, I’m programming you a typical 5×5 program for 3 days, and then 2 days dedicated to either a full body workout, MMA/Parkour training, or both. 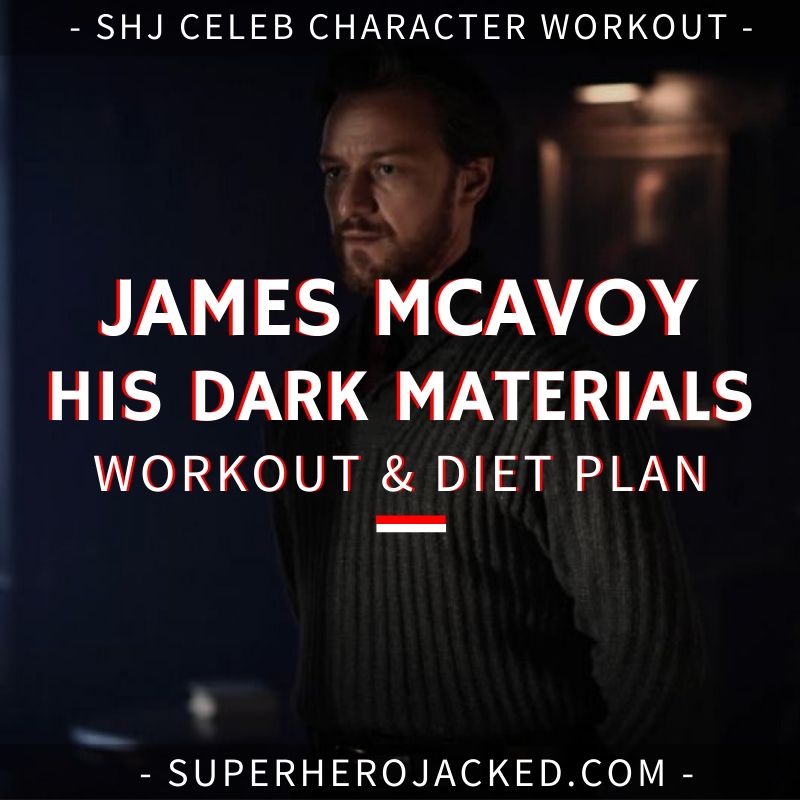 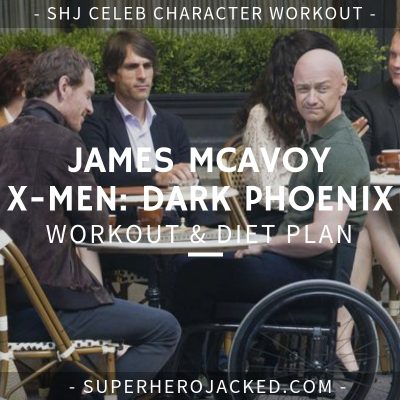 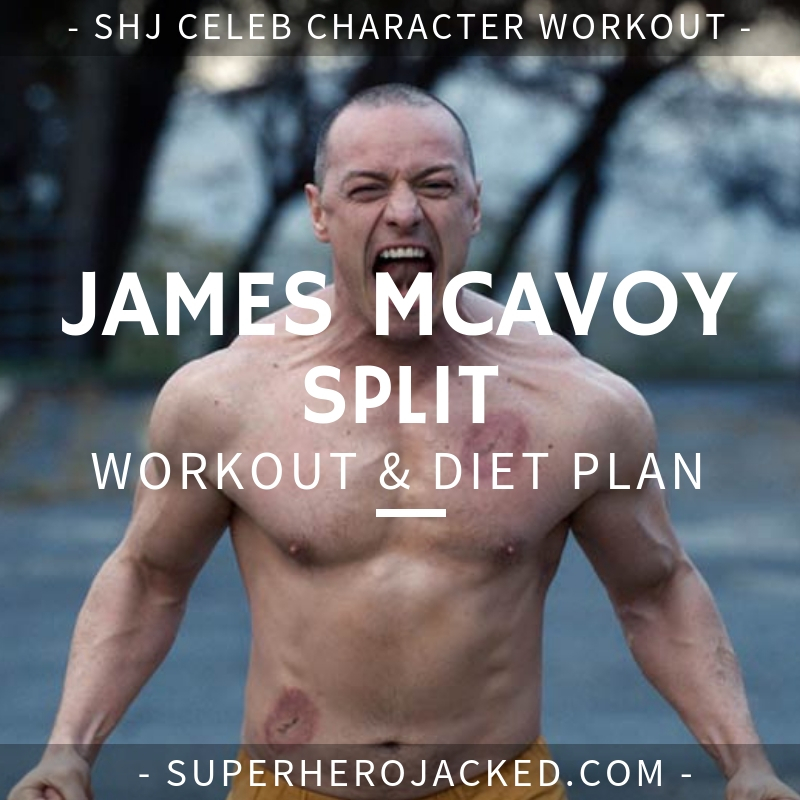 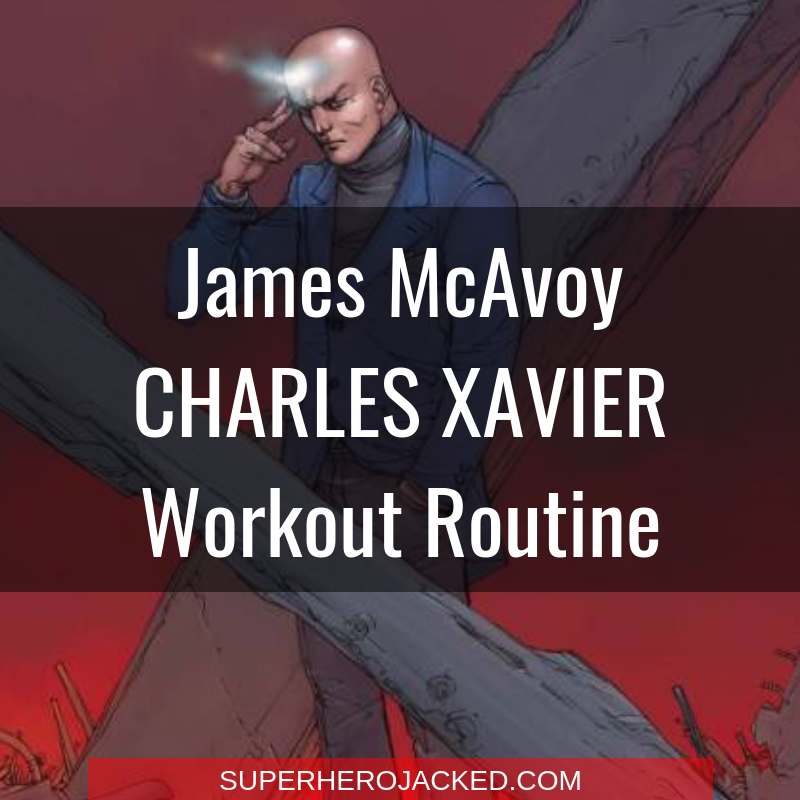 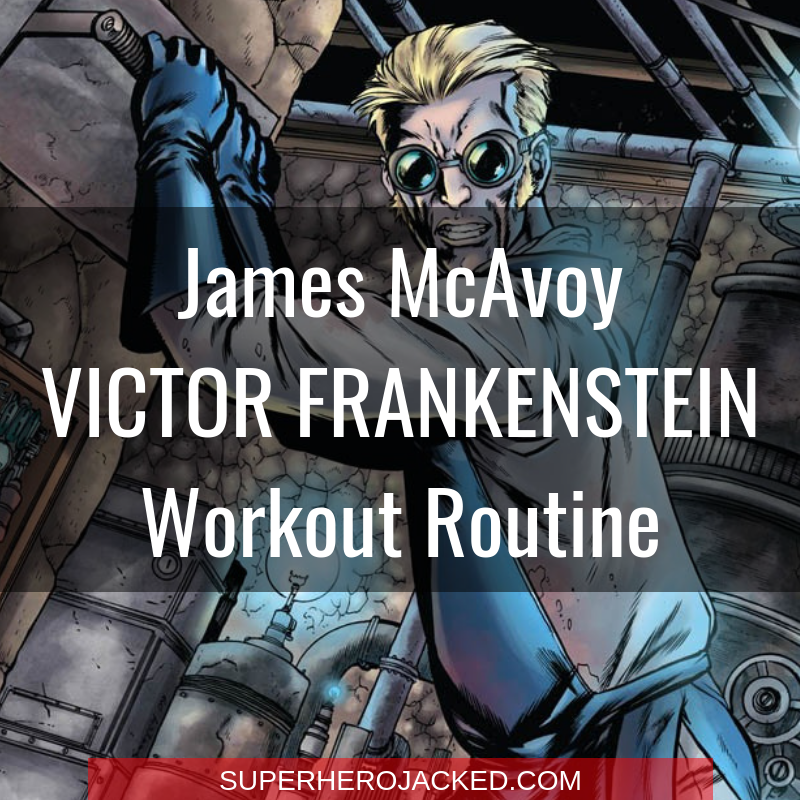 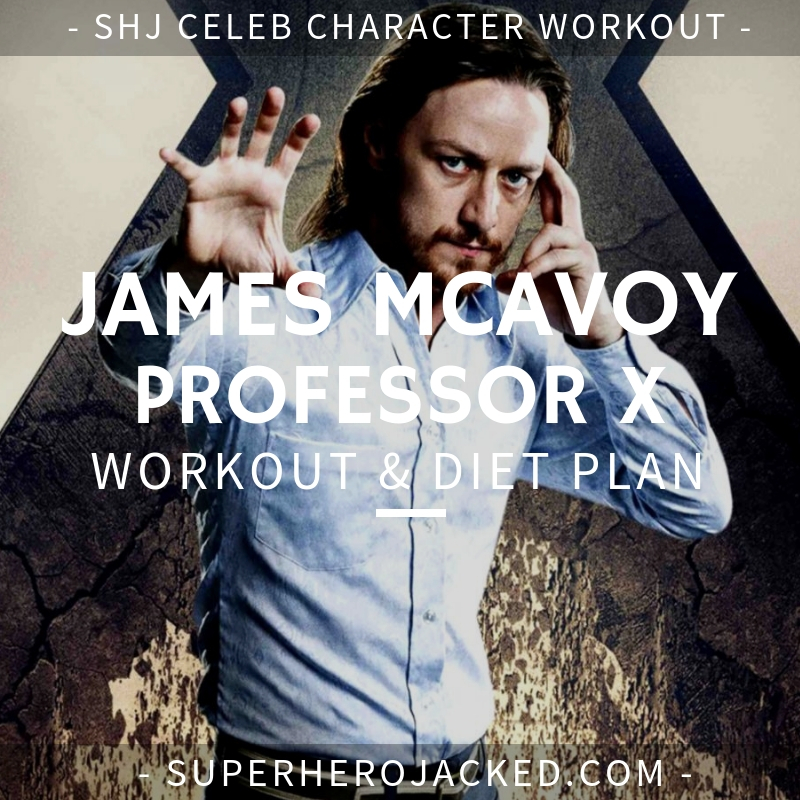