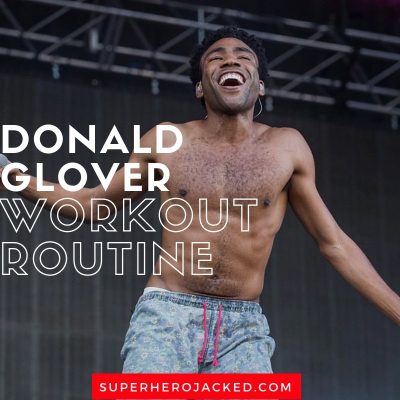 Ryan gets mad at me when I don’t refer to him as Childish Gambino when we’re listening to his music, though…

That being said, I think he’s one of the most creative people currently in the business.

For the sake of this article we’ll be looking at how he has got and stayed in shape for an array of roles and times in his life.

Glover has been in Community, Spider-Man: Homecoming, Atlanta, Solo: A Star Wars Story, and so much more.

And now he’s even set to voice Simba in the upcoming Disney’s Lion King live-action movie.

We’re on a roll with shorter celebs showing up at SHJ.

We had Don Cheadle, Hiroyuki Sanada and Mena Massoud all coming in around the 5’7-5’8 range in the weeks before this article.

Donald Glover generally follows an “eat whatever you want” kind of diet.

Or so it seems.

But, there have been some exceptions.

The biggest one being his preparation for his role as Lando in Solo: A Star Wars Story.

Not getting to eat anything enjoyable for the rest of my life. Lando’s a big deal to me. It was literally the first toy I ever got. When you have something that’s kind of iconic … where people pay attention to it, it’s hard because you want to live up to the expectation. But all you can do is live up to your own. And Star Wars is really high.

This specific diet got a lot of coverage mainly because it was different than the normal Glover nutrition standpoint, but also because of the mixture of the role and Glover’s nerdy enthusiasm towards it.

Which is one of the reasons I’m so excited about it as well!

Aside from the sudden strictness of this diet to appear as Lando, Glover also said in the same article:

“I only care what people in Atlanta think about the show. I couldn’t name a show ‘Detroit’ and have everyone hate it. If I can go to a Chick-fil-A and someone compliments, I’d be cool.

And quite literally the only important part I’m drawing from that quote is the fact that he’d be going to Chick-fil-A.

I also found a site that was literally dedicating their way of eating, calling it “The Gambino Method” to Glover, and stating that they could eat whatever they want.

Hey, if Glover is active enough, he can clearly do this while keeping his physique. 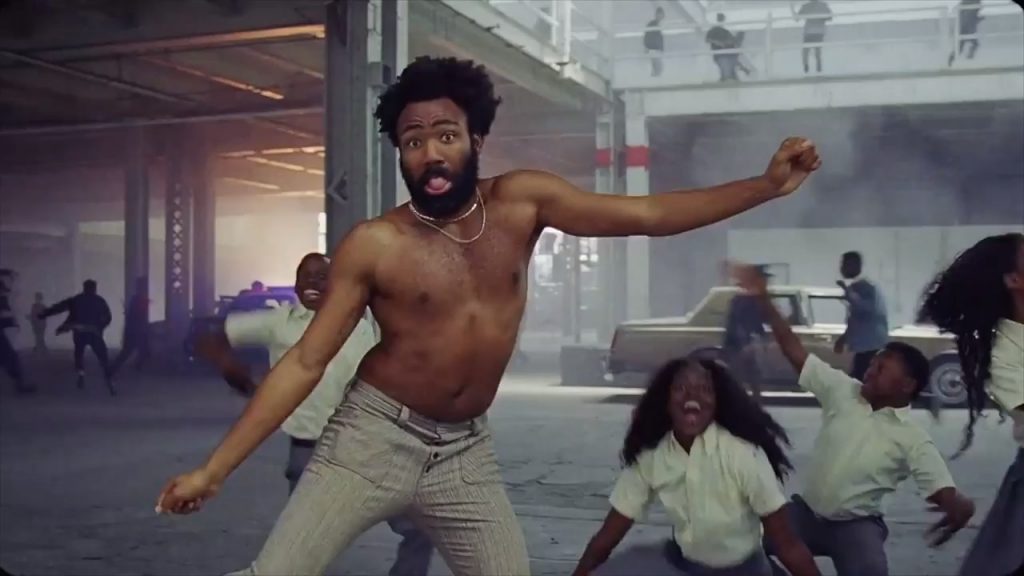 Apparently Glover has been spotting working out at Golds Gym, Venice Beach, and DOES actually work out – BUT, there’s not much out there in the form of a workout routine.

That being said, he has clearly sported a six pack for the majority of his career (with the exception of having a slightly higher body-fat the last couple of years – as shown in his “This Is America” picture above).

His physique has generally been slender and toned with a moderately low body-fat – enough to show ab definition and a solid chest as well.

For that reason I’ll be building you workout routine that gets you active to support the slim and toned look he usually shows off – while also giving you the necessary movements to get your core tight and chest cupped.

He definitely is active throughout the day and within his career, but we also know he knows his way around the gym.

So for this one we’ll be utilizing some methods to get you moving, while also giving you the option to train inside the gym, OR utilize body-weight movements which will also give you that toned and sculpted look that Glover has.

One thing we know about Glover is that he’s one of the hardest working individuals in the business.

As stated, he does it all.  And he’s amazing at all of it too.

So when he has a goal, he devotes his time and energy to completing it.  If there’s one thing to take from Glover after reading this article: take his motivation!

The Ringer shares this from and interview with Glover:

Is there anything you’re bad at? “To be honest, no. Probably just people. People don’t like to be studied, or bested.” He shrugged. “I’m fine with it. I don’t really like people that much. People accept me now because I have power, but they still think, Oh, he thinks he’s the golden flower of the black community, thinks he’s so different.” He laughed. “But I am, though! I feel like Jesus. I do feel chosen. My struggle is to use my humanity to create a classic work—but I don’t know if humanity is worth it, or if we’re going to make it. I don’t know if there’s much time left.”

He really is good at everything…and he knows it.

I’m sure if he wanted shredded six pack abs for that “This Is America” video, he would have had them. 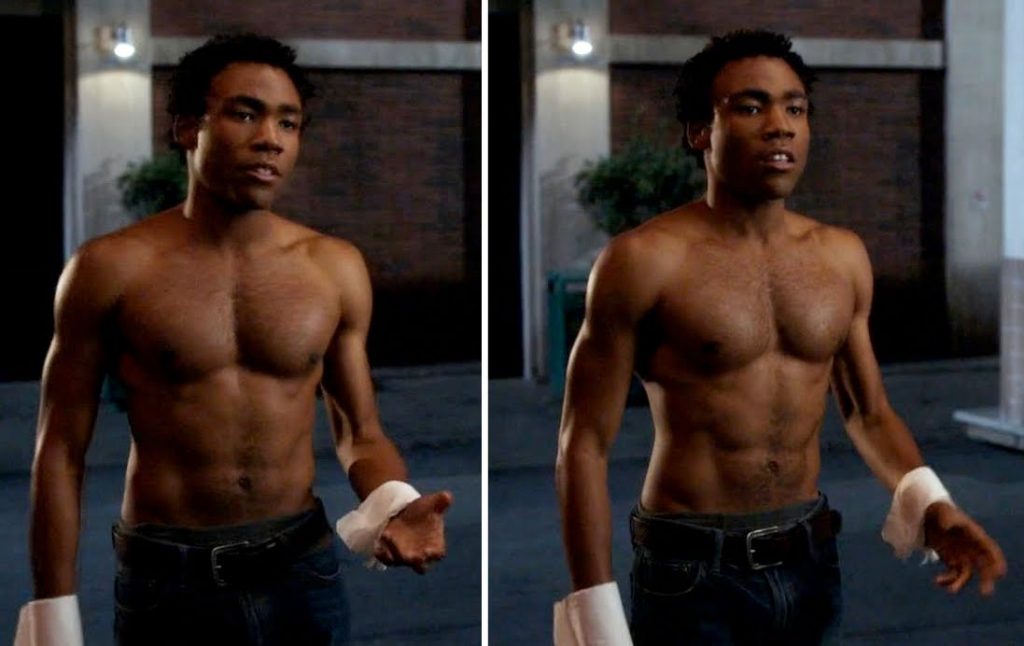 We know Glover knows his way around the gym, and we also know he’s sported a slim physique but most attractively a defined core and cupped chest.  For that reason our 3 main gym days will be geared towards achieving just that – as well as the option to utilize a body weight training and cardio instead (one day which can be used up to as many days per week as you’d like).

The volume of this workout says 3-6 days per week because you can choose to do this as a 3 day split, or a 3 days on, 1 day off, split.  You can also choose to add in the bodyweight workout on top, or on it’s own.

If you’re looking to achieve Glover’s physique you can also opt to drop bodyfat while sculpting with this bodyweight and cardio plan.

Obviously dropping body-fat will also be contingent on your diet.

Get the reps done in however many sets/reps needed. 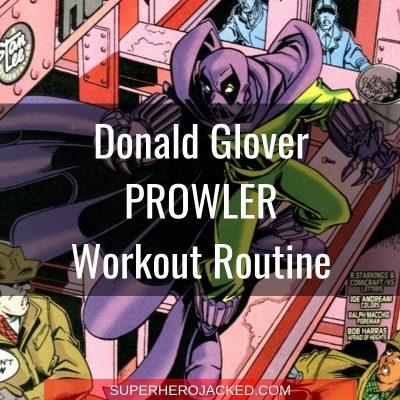 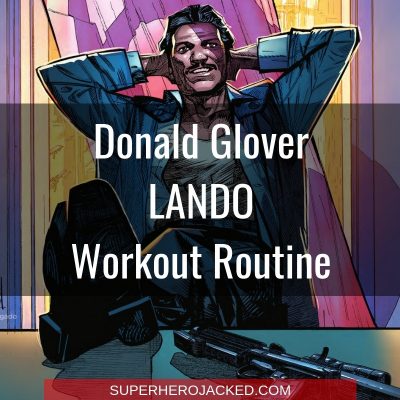 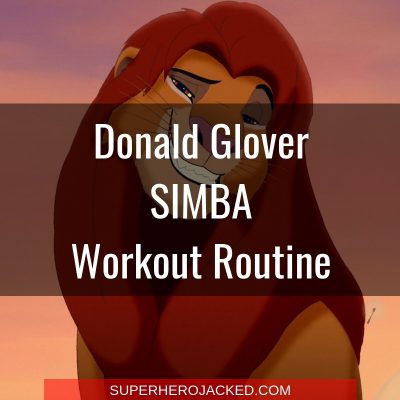 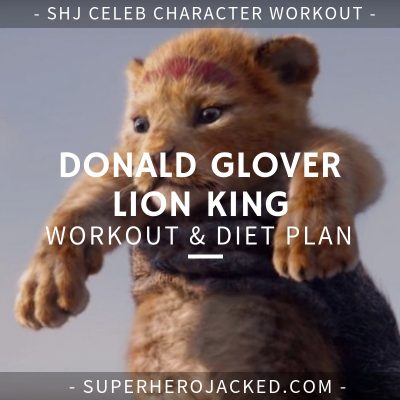 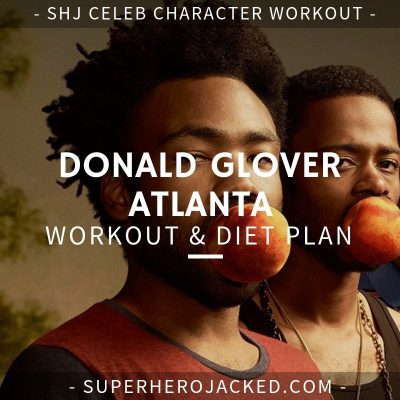 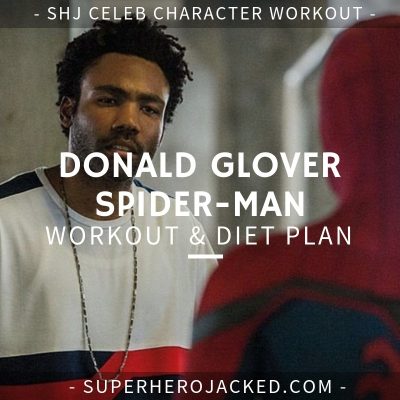 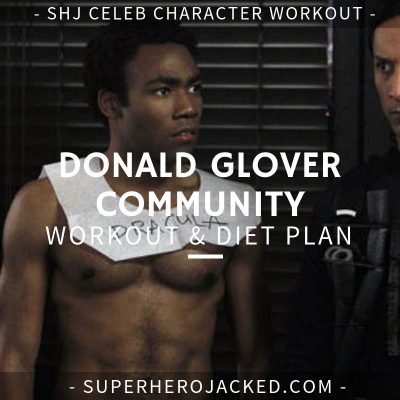 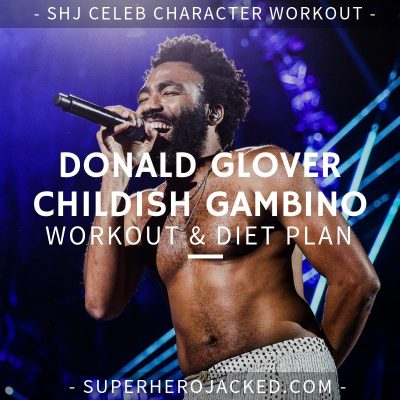 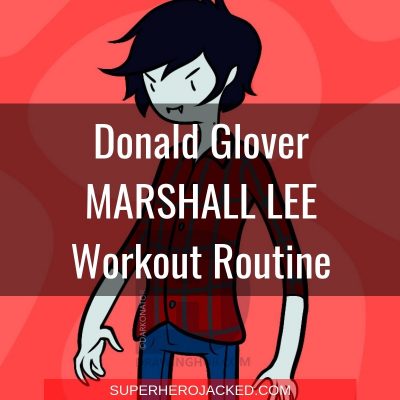 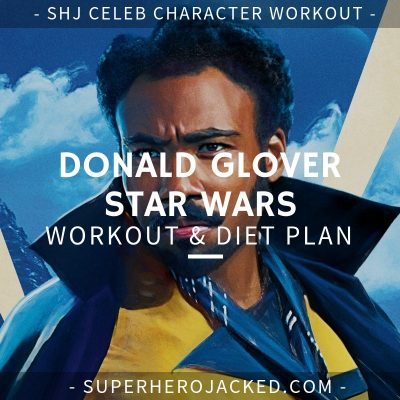