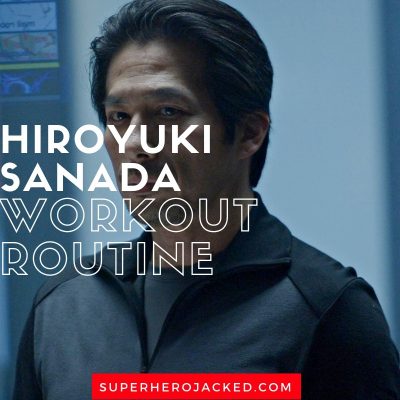 Hiroyuki Sanada is a ninja.

He’s been in The Last Samurai, The Wolverine, 47 Ronin, Westworld, The Twilight Samurai, and so much more.

He’s also set to star in John Wick 3 and Avengers: Endgame (no role listed here because spoilers are still silenced for a while).

Yes, if that wasn’t clear: he has played a role for Marvel prior to Endgame, BUT it wasn’t yet in the MCU.

So now we’re anticipating big things from him – especially after some of Kevin Fiege’s comments (if you don’t know, I’m sorry, but I can’t list them here!)

Either way he’ll be making it to our Avengers: Endgame Celeb & Character Workout Link Roundup.

There was no planning involved, but Hiroyuki Sanada is right around the same height as our most recent male celeb Mena Massoud.

And just before him was Don Cheadle only an inch above as well.  All joining the shorter range among men at SHJ.

There’s not much out there about Hiroyuki Sanada’s diet.

What we do know is that he was born in Japan, and now resides in California.

And while that doesn’t tell us TOO much information about restrictions, it does give us a better idea of the foods he grew up eating, and now currently lives around.

One thing that’s important to realize is that Sanada is extremely active. His roles are almost always involving mixed martial arts and intense choreography work.

We know you can’t out-train your diet, BUT, it also is important to know when a celebrity is burning an intense amount of calories every day, and also enabling themselves to lose weight at a higher range due to this.

When we don’t find too much information about a celebrities specific restrictions, it’s generally because there is nothing to find.  This usually means the celebrity opts for what they can sustain around their everyday life.  So, in this case, Sanada likely eats fairly healthy, without restricting himself too much – but his active lifestyle keeps his body-fat low and his health up. 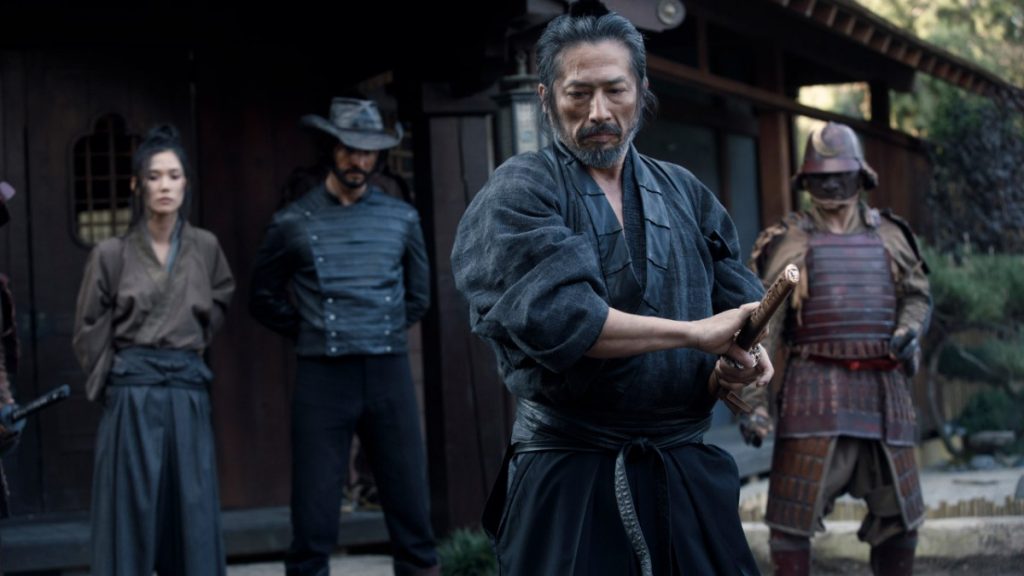 Now here’s where it gets interesting.

Just as a quick background, Wiki tells us this about Sanada’s younger life:

Sanada was born in Tokyo. Originally planning to be an action star, he studied Shorinji Kempo and later took up Kyokushin kaikan karate. Sanada began training at the age of 11 with actor and martial arts star Sonny Chiba’s Japan Action Club, where he developed good all-round martial arts ability, and soon became Chiba’s protégé. Sanada’s martial arts film career introduced him to Michelle Yeoh, with whom he co-starred in In the Line of Duty, and then later in Danny Boyle’s Sunshine. He has a long-standing friendship with Jackie Chan, although he did not star in a film with him before Rush Hour 3 in 2007.

And in an interview with the Los Angelos Times Sanada tells us even more.

Here’s part of their conversation:

And do you still do all your own fight scenes?

I like creating scenes with stunt guys and a choreographer, but I did all the fighting by myself. No stunt double at all. Sometimes all-day fighting, including my birthday. From the beginning to the end, all day, fighting, fighting, fighting.

What inspired you to start acting at such a young age?

I watched a lot of American and European movies. The great leading actors doing their own stunts. I wanted to act and do everything by myself — that was my thought. I started martial arts training when I was 13, also traditional dance and singing. And I was already thinking about working in the world market.

Later, when you would see martial arts scenes in American films, what did you think. Like, “Oh no, this is really bad”?

I was training and could see that some movies coming from America misunderstood our culture. I was so frustrated. I decided then that I wanted to correct these mistakes about our culture. But I was working just in Japan until I was 40.

In this specific interview the focus was Westworld, but he had already been cast for his role in Endgame, as you can see below:

I know you are sworn to secrecy about your role in the upcoming “Avengers” movie. But is there anything else coming up that you can talk about?

My new movie “The Catcher Was a Spy” is coming out June 22. It was directed by Ben Lewin and I worked with Paul Rudd. It’s the story of Moe Berg, a major-league baseball player who becomes a spy [during World War II]. I play a [Japanese delegate] and professor of history. I’m excited! I’m going to be there, in the theater, watching when it comes out.

If you couldn’t tell, karate and mixed martial arts are what we’re going to be working with.

If you ask Coach Derek he’ll tell you that mixed martial arts are best trained in a gym, with a partner.

But, for the sake of this article and giving you guys something to work with, I will share some body weight training, cardio, and other programs that Coach Derek has created for us that you can utilize to up your mixed martial arts game. 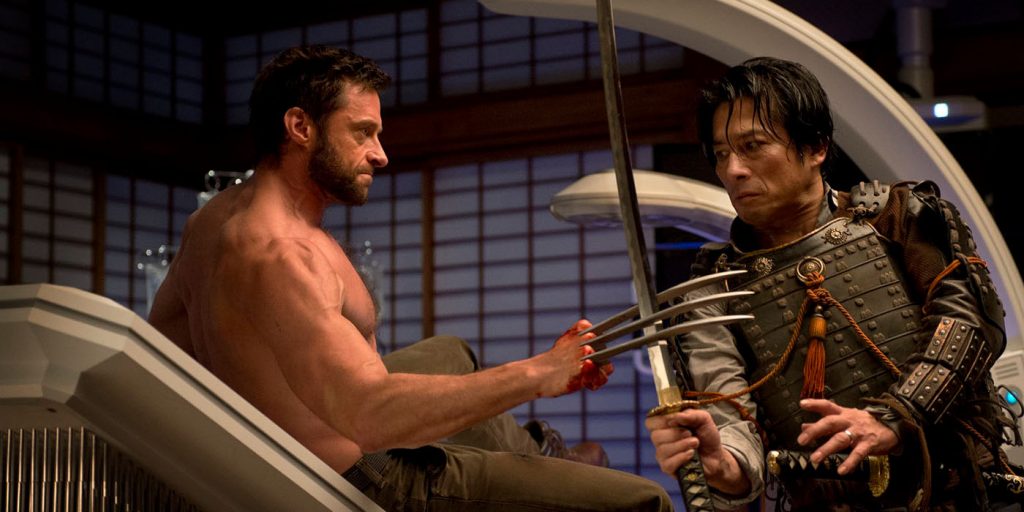 Technically speaking I’m only programming you 3-5 days of body weight and cardiovascular training here.  BUT, if you want to actually be training like Hiroyuki Sanada you’ll need to hit a local dojo and start your mixed martial arts career.  I will also be adding links to other mixed martial arts programs we have had from Coach Derek.  You can choose to add those into this program OR utilize them all the way through in place of this.

You CAN do this body weight training every single day if you’d like. You can also get out there and do varied cardio and training every day to get active.  You’ll likely want at least one off day to recover, but I will also be programming you a running schedule to try to keep up with the cardio Sanada has with his mixed martial arts training (assuming you’re not doing your own).

These can be done in any rep and set scheme you’d prefer.

I like to do them either in a circuit format or supersets, but sometimes I do them in regular rep/set schemes as well.

If you’re not going to be doing MMA, you’re going to still need to be extremely active like Sanada.

This can be done by playing active sports, hiking, varied cardio, and other formats – BUT, I will program you a weekly running schedule below as well.

Tuesday: Off or 20-30 min of High Intensity Interval Training

Thursday: Off or 20-30 min of High Intensity Interval Training

Saturday: Off or 20-30 min of High Intensity Interval Training

As I said above: going to a gym and working with someone else is going to be far superior.

BUT, you can choose to sub in the following MMA routines if you’d like. 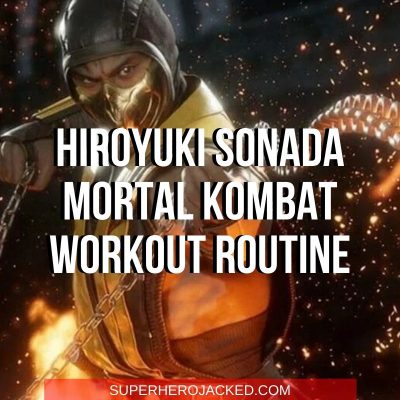 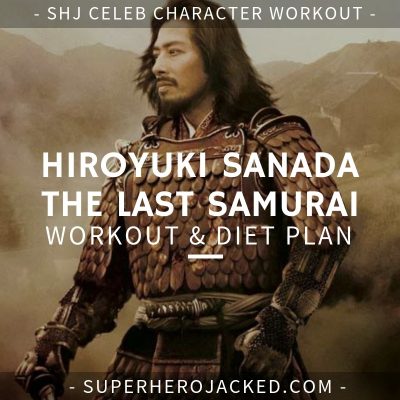 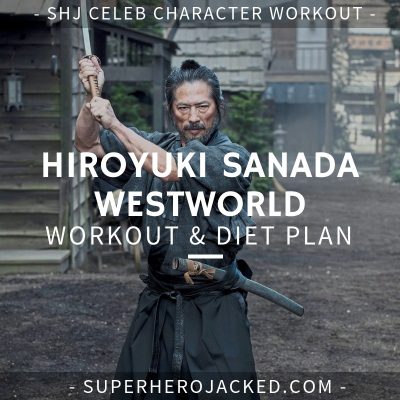 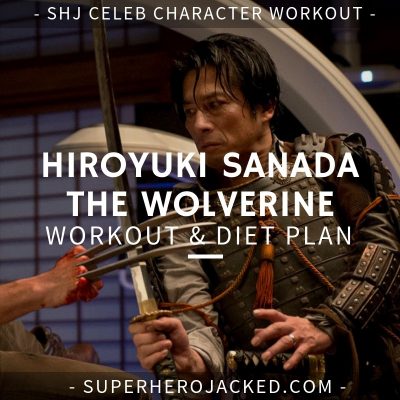 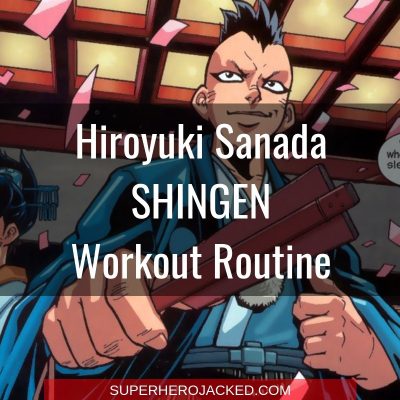 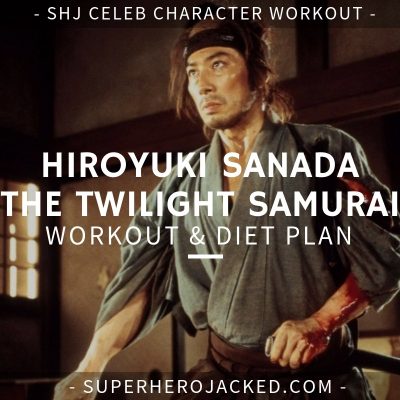