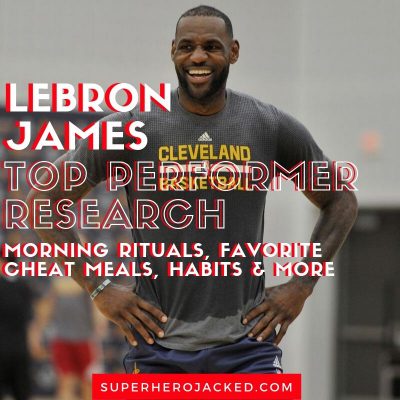 Last week we started with two celebrities that we’ve already had at SHJ (Jamie Foxx and Arnold Schwarzenegger), and now this week I moved onto two athletes that I’m doubling up on (giving you their workout/diet article AND Top Performer article on the same week) by seeing LeBron and Sharapova.

Height: 6’8 (depending on the source) 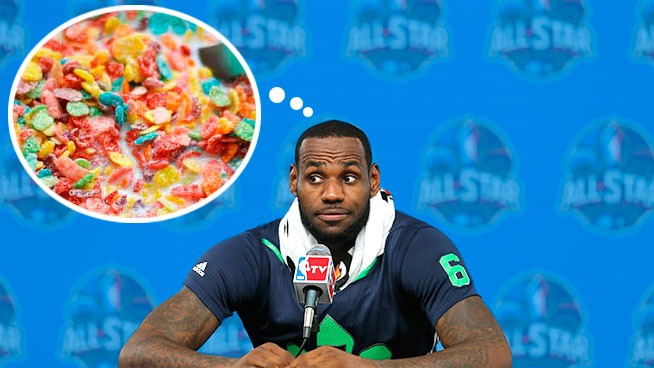 Did I give it away with the picture above?

In the full article about Jame’s workout routine and diet we learn that he has used a modified paleo diet in order to drop some weight, but fruity pebbles are there waiting for him when he’s done.

They’re definitely his “go-to” cheat meal, almost enough where you wouldn’t even consider it a cheat!

So being that we’re focusing in on athletes this week, it makes sense that their quirks are both on-court habits that people notice about them.

Maria Sharapova grunts and faces the wall to give herself a pep-talk, and James has his things when it comes to his uniform.

For a long portion of his careers his headband was a must, prior to making to switch to appear the same on-court as his teammates.

One of his other quirks is his short length.

According to team employees, James can change the length of his shorts from game to game, and often does. He was more habitually wearing them shorter in the first few months of the season, but it changes often.

So rather than something we might see from an athlete that wears the same pair of socks every single game out of fear to lose those “lucky socks”, James actually has a quirk that he is constantly changing the length of what his prefer shorts are. 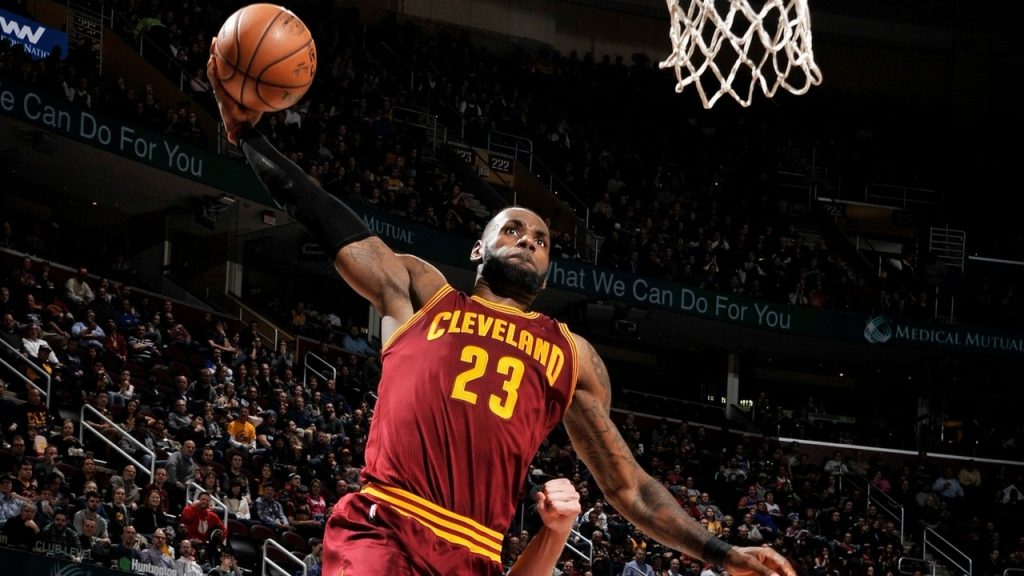 LeBron James’ morning ritual actually starts by setting himself up with a nighttime ritual.

And, when you train as much as James, sleep is definitely important.

Here’s what CNBC shares from James and his trainer (who we learned more about in his workout/diet article):

James, who says he sometimes even gets 10 hours of sleep, says that if he doesn’t get a enough rest, then he’ll often take a one to two hour break from his day to sneak in a nap.

His trainer, Mike Mancias, agrees that sleep should be a priority, and says he even has a few tricks to ensure that James gets the rest he needs.

“Without giving everybody all of our secrets, No. 1 is be very, very comfortable in that room,” he says. “Create an environment. For LeBron, it’s always in his hotel room, making sure the temperature’s set at a particular – probably 68 to 70 degrees is probably optimal.”

Mancias said that complete darkness — no television or smartphone light — is also key. “Just turn everything off probably a half hour to 45 minutes before you actually want to go to sleep, and just really committing yourself to that,” he says.

And this continues in another interview, where James is actually much more firm about his napping.

There is no exception to this rule, either: “…for my 13-year career, I’ve taken a nap for the most part every day—and for sure on game days.”

So all of you who think you need to bust your butt 24/7, take a thing or two from The King of the NBA and take a nice nap.

Another thing I think is important to add about James’ daily habits is his water intake.  As an athlete he needs to stay hydrated, and an interview explains:

In an interview, James revealed he’s a “big believer in water” who starts the day with two big glasses and continues to drink as much as he can up until the time he tucks himself in.

And, finally, one last thing I was able to find in numerous sources (although it wasn’t a huge part of the interview or articles), is the fact that James’ likes to use music to unwind and relax.

I would expect unwinding and relaxing are definitely important when you have the pressure and abilities that he has on him.

So pick up that Spotify playlist and give it a go. 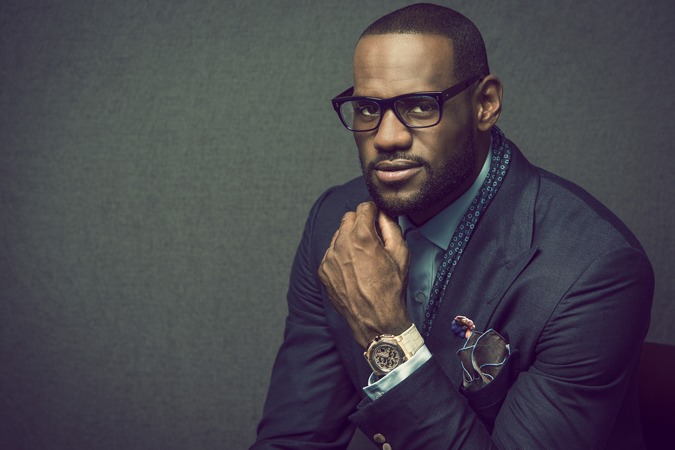 For this section I want to leave you with some takeaways from LeBron James, and a couple quotes.

You can find James’ full workout routine and diet plan here, or you can download both his Top Performer Research PDF (which will include key takeaways and extra information) as well as his workout routine PDF as well, by using any of the download links on this page.

When You Commit, Commit

LeBron James loves fruity pebbles.  BUT, when he commits to dieting and using his modified paleo diet to drop some weight and stay healthy for 67 days, you best believe he’s sticking to it and the fruity pebbles are waiting.

It doesn’t matter if it’s shorts or anything else in life.  If you’re not 100% comfortable, don’t be afraid to switch up the routine until you are.  And, if that never happens, keep it varied with all different short lengths that are ever-changing.

James’ is an athlete.  One of the best in the world.  Although we didn’t talk specifically about his training regime in this article, we have seen it before on SHJ so it’s important to recognize the amount of training he puts in.  He said there’s times he could wake up at 3 AM and can’t sleep and be ready for a workout and his trainers are there waiting.  He’s also on the court 7 days a week during the NBA season.

Don’t Be Afraid To Take A Break

LeBron James states that he takes naps DAILY.  Especially game day.  He also uses music to unwind and relax.  When you do as much training as he does, and carry as much weight on you as he does (pressure), it’s important to unwind, and also recover.  Don’t be afraid to take a nap!

You have to be able to accept failure to get better.”

“I need music. It’s like my heartbeat, so to speak. It keeps me going no matter what’s going on – bad games, press, whatever!”
Looking to step it up a notch?
Join The Superhero Academy and start unleashing your inner SuperHuman. 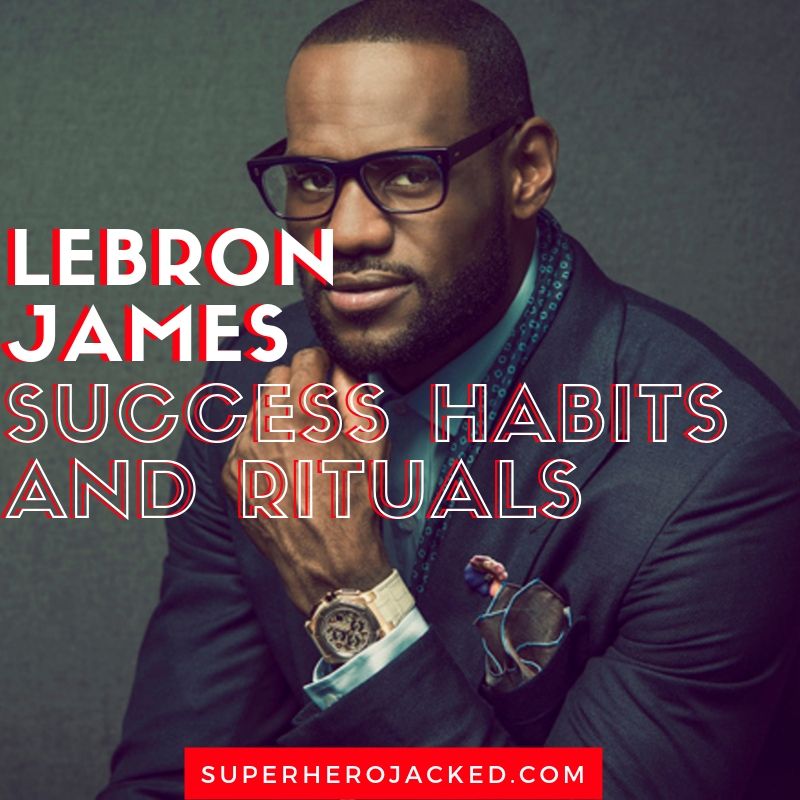 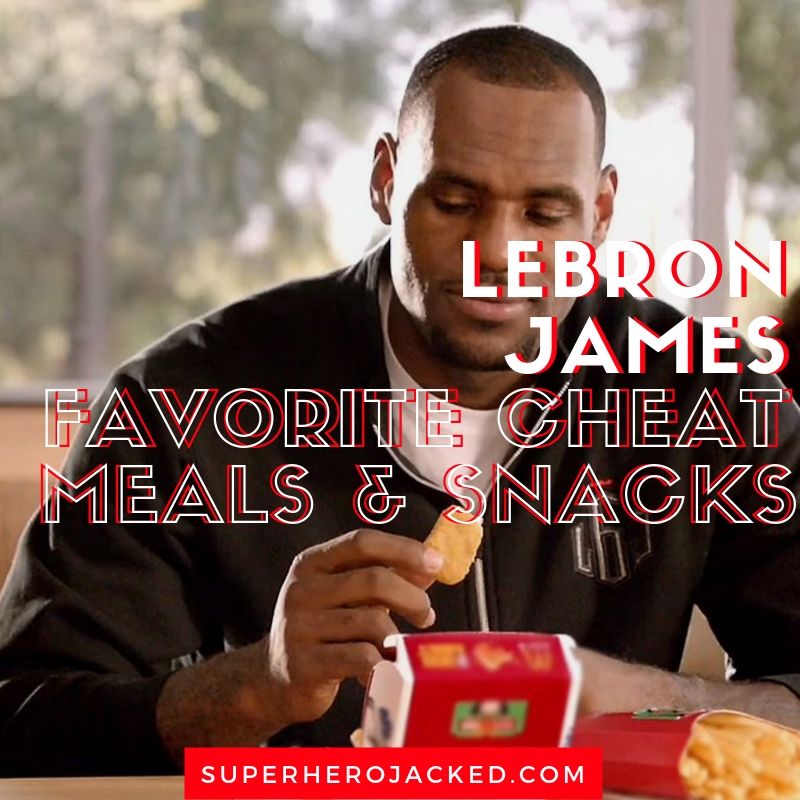