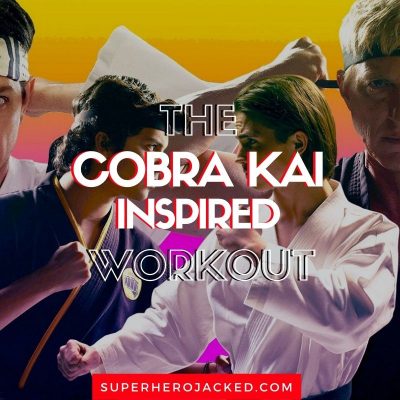 Let’s just be honest: Cobra Kai is the coolest thing since sliced bread right now and we all want a piece of the action.

So whether you’re here to train like Miguel, Robby, Sam, or even Hawk: I got you covered!

We’ve had our fair share of mixed martial arts themed workout routines that I continue to share as resources to our other awesome workouts, but this one will definitely be fun.

This one is a bit different than we’re used to being that we’re technically building it off the entire show and working around preparing our bodies to step into the ring with either Johnny or Daniel.

For that reason I’ll be skipping our usual stat comparison and working right into our nutrition information.

Oh, we’ll be revolving this one around the students, but don’t worry, William Zakba and his Johnny workout are coming to Superhero Jacked as well! 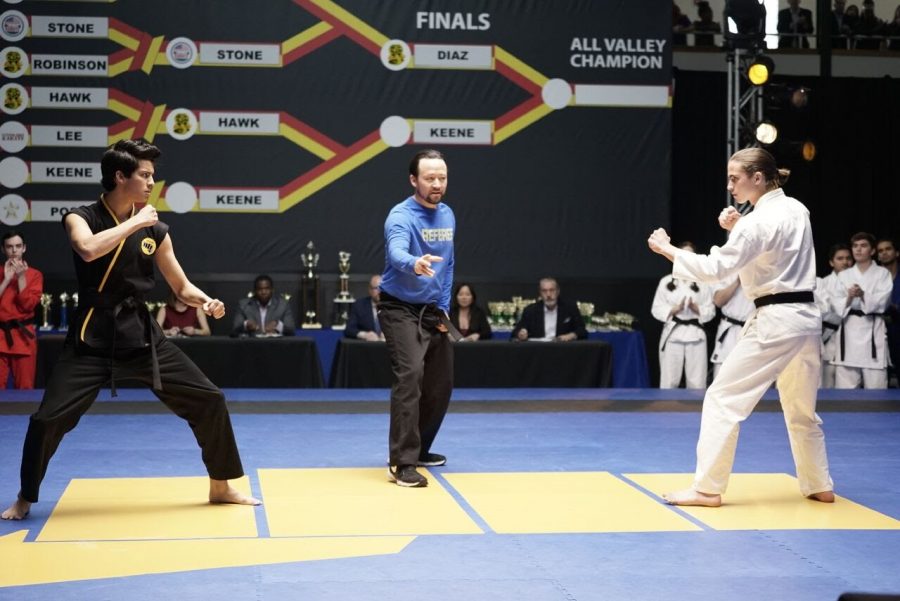 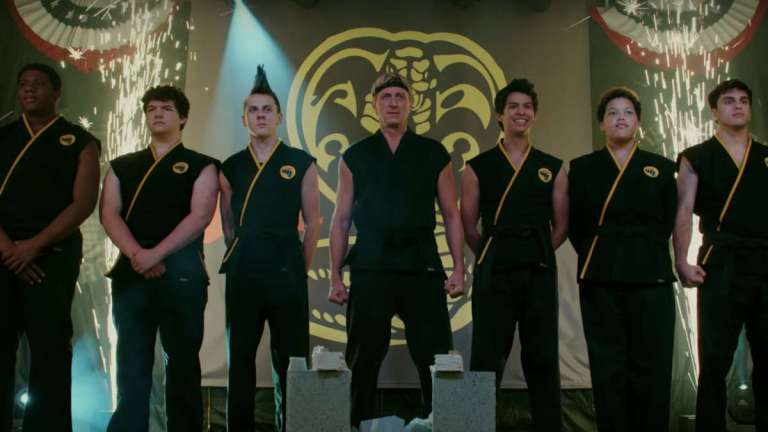 This one is a bit different, but I still want to break it down with some research for those of you who are new to Cobra Kai.

Here’s what our Cobra Kai Wiki Fandom has to tell us about it:

Cobra Kai is an American comedy-drama web television series based on The Karate Kid film series created by Robert Mark Kamen that premiered on May 2, 2018 on YouTube Red. The television series takes place 34 years after the original film and follows the reopening of the Cobra Kai karate dojo by Johnny Lawrence and the rekindling of his old rivalry with Daniel LaRusso. The series was created by Jon Hurwitz, Hayden Schlossberg, and Josh Heald and stars Ralph Macchio and William Zabka, reprising their roles as Daniel LaRusso and Johnny Lawrence from the films respectively.

I’ll be honest: I didn’t start watching until it moved to Netflix.

But, if you’re a Karate Kid fan like I am, once you started watching you couldn’t stop, am I right?

I know that was already a bit chunk of information, but I need to give you one more section from the official Wiki Fandom to really make sense of what we’re working with here:

Set 34 years after the events of the 1984 All Valley Karate Tournament, when a down-and-out Johnny Lawrence seeks redemption by reopening the infamous Cobra Kai karate dojo. The move reignites his rivalry with a now successful Daniel LaRusso, who has been struggling to maintain balance in his life without the guidance of his now-deceased mentor Mr. Miyagi. The show is about two men addressing past demons and present frustrations the only way they know how: through karate.”

Okay, the important part there is the All Valley Karate Tournament.

We see this make an appearance in both The Karate Kid movies and Cobra Kai.

So what does this mean?

This means we’re training to become a Karate Champion!

And, the best way to do that is to train like one….!

One Workout To Be Repeated

For this one we’re going to be training like Tom Scott, an Olympic Karate Champion!

We’re lucky enough to have a variation of his training that he shared with Men’s Health to put to the test!

2A. Sandbag Lunge with Rotation – 3 sets of 8 reps

Ironically enough it was for Jonny Lee Miller (ironic because it’s Jonny!).  Miller completed this schedule 5-6 days a week to prepare for his fight:

Of course you don’t HAVE to train like a Karate Champion.

We have other superhero/anime/and even video game inspired MMA workout routines you can utilize to get you into Cobra Kai shape as well!