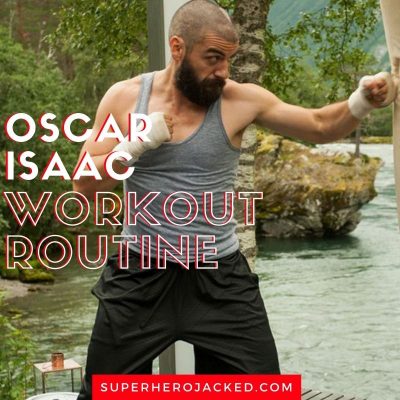 Oscar Isaac is going to be our Moon Knight.

Our Moon Knight Workout Routine is one of our more popular character workouts among superheroes that have focused on MMA training, and now we get a chance to take a second look at him (this time in the form of researching Oscar Isaac’s routine).

Isaac is not only Moon Knight, though, he’s also been in a ton of other incredible roles that have surged requests for his training from The SHJ Army.

Isaac is most known for his role as Poe Dameron in the newest Star Wars Trilogy, and Apocalypse in X-Men: Apocalypse, but he’s also had great role in Ex Machina, Inside Llewyn Davis, A Most Violent Year, and soon to be Dune as well!

I personally also loved him in Triple Frontier with Charlie Hunnam and Ben Affleck as well!

Oscar Isaac falls just below one of the shorter ranges we’ve seen among men, technically putting him in the shortest.

Which is ironic considering we don’t have many mell fall into that category but now we’ve seen two in a row with Isaac and Lamorne Morris this week. 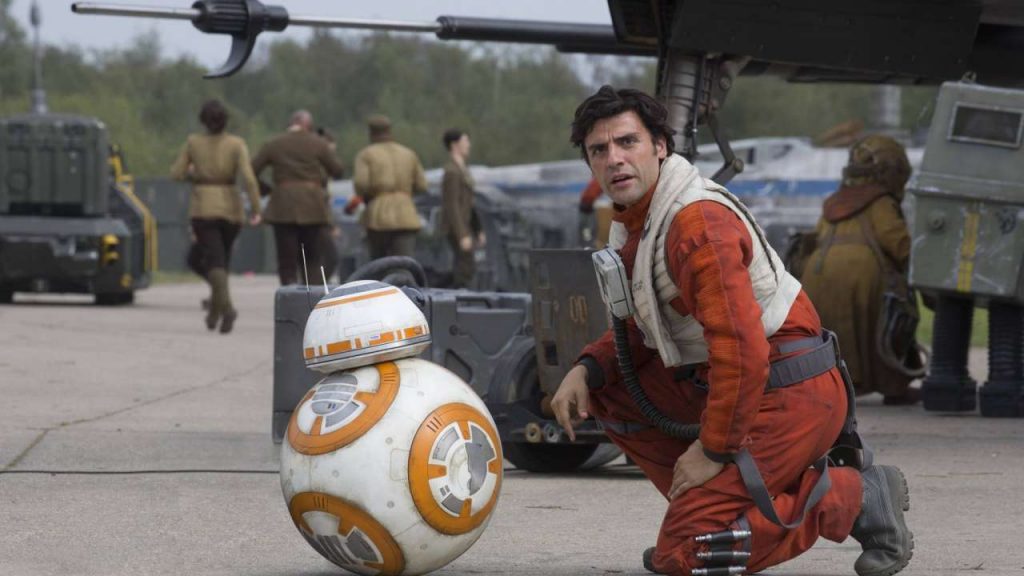 Oscar Isaac actually bulked up for his role in Ex Machina, which is the role that has the most talk in terms of his transformation and physique.

In an interview with Men’s Journal he tells them outside of his training it really was more or less just increasing his overall calorie intake on a daily basis to allow his body to build muscle.

Here Isaac talks about why his character, a genius in the movie, is so physical, and who they modeled this character after:

In Ex Machina you play Nathan, a genius scientist/inventor. But when we first meet him, he’s punching a bag and nursing “the mother of all hangovers.” Why is he so physical?

Alex [Garland, the writer-director], wanted him to be superior at every level to the protagonist, the young computer programmer Caleb [Domhnall Gleeson]. Financially, Nathan beats him. Intellectually he beats him. And physically he beats him. He’s this unstoppable force. So in the end, when the tables turn, it’s a lot more rewarding.

Did you model Nathan on anyone in particular?

When I started researching the role, one of the influences I really grabbed on to was [former chess champion] Bobby Fischer. He had a brilliant mind and a very dark, troubled soul, and I learned that when he was preparing for his big chess battles against [Boris Spassky in the early 1970s], he had an Olympic trainer. There are all these photographs of him training intensely, and you think, “Why would a guy playing chess need that?” I think there’s a real connection between physical discipline and mental discipline. And when you get into that world of “I want to win,” even if it’s just mentally, physicality is important.

He goes on to tell us a bunch about his training, which I’ll share below, and also the line about his calories which I made reference to before:

I basically did that and tried to eat clean, but more calories than I normally eat. 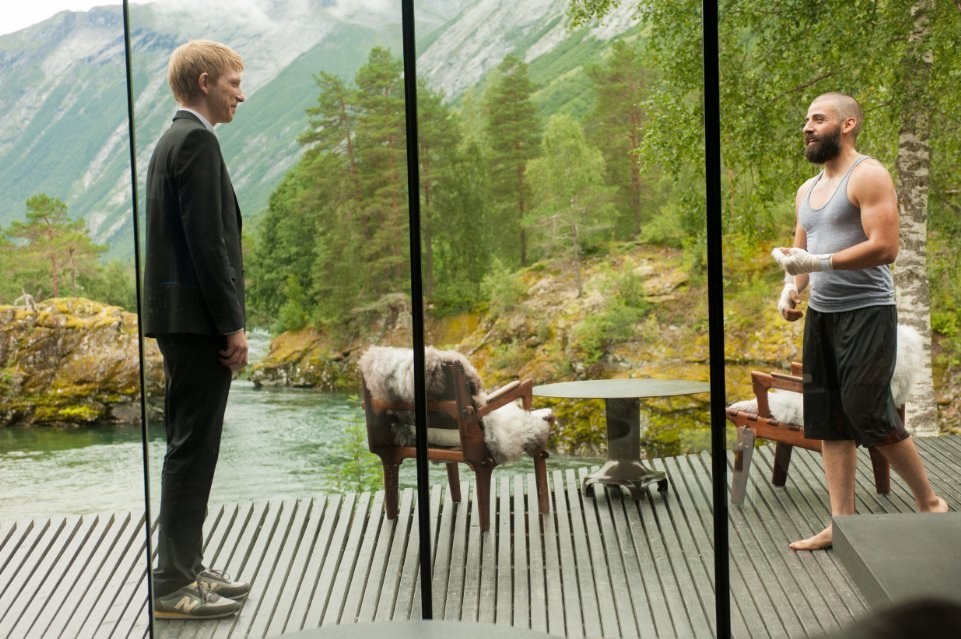 There was nothing super-secret about Oscar Isaac’s transformation for Ex Machina.

Simple hard work with his training and nutrition got him into killer shape.

In his interview with Men’s Journal that we started with above he also goes on to say:

What did you do physically to prepare for the role?

I work with a trainer named Josh Holland. We actually met when I was doing the film that Madonna directed, W.E., and he was her trainer. We tried to follow the regimen Nathan would follow, which was a bit of cardio, a lot of weight training, and hitting the punching bag. I basically did that and tried to eat clean, but more calories than I normally eat.

And that last sentence is exactly what I was referring to above with our nutrition section.

This whole quote actually tells us a ton of information.

He makes mention to the fact that they did throw in a bit of cardio, but mainly worked with weight training and hitting the punching bag.

Isaac’s scene in the movie actually revolved around him hitting the bag so it does make sense that they threw in some bag work to make sure it looked like he knew what he was doing.

From there Isaac finishes off the interview stating:

It was important that Nathan was a formidable-looking dude—stocky and square-shouldered, with an aggression to him. That’s why I really focused on the bag and the weights, things that require quite a bit of aggression. I think that shows through even when Nathan is seemingly being nice or friendly. There’s still this aggression underneath, and that comes from the physical preparation.

I personally think he did a great job making this character come to life.

So for this one we’ll be utilizing mainly weight training with a bit of cardio throw in; and if you’d like to work on some bag work as well you can absolutely do that.

Isaac’s training mainly consisted of weight training with a big of cardio mixed in and bag work to get him ready for his scene in Ex Machina [where he opens punching a bag].  For that reason we’ll be utilizing that same weight training to prepare us to get bulked up like Isaac.

Please note that as new information comes out for Isaac’s training as Moon Knight and/or Dune we will be adding to this routine.

Friday: Back and Biceps

Oscar Isaac Workout: Back and Biceps