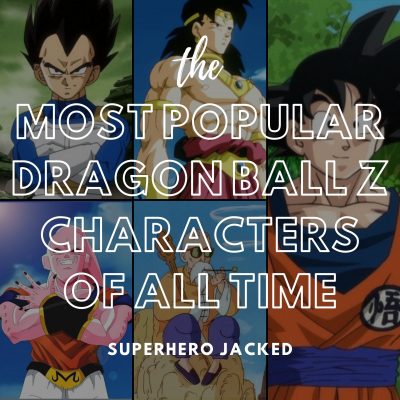 The Most Popular Dragon Ball Z Characters of All Time are actually not far off my own list of favorites.

If anything: I would have had an extremely hard time actually placing them in exact spots and may have been a bit bias towards a few that I’ve always held in the top ten even though they’re slightly undeserving…

Dragon Ball Z was the first anime to get a full mini-workout-database within our Anime Workouts Database that has tons of Dragon Ball Z Inspired Workouts all there at the ready for you.

Since then we’ve added a few others, but we’ve also been focusing on making awesome listicles for shows, anime, superheroes, and lots of other things, so that it’s easy for you to find tons of awesome workout routines that are built off inspiration from these characters.

Since then we’ve also had a couple awesome listicles based on our characters that you guys have loved enough for me to warrant me keeping them coming.

But, before I get too carried away with other awesomeness on the site, I do want to tell you a bit about how I made this list.

Similar to how I used polls when making our listicle of The Most Popular MHA Characters, this time I went and compiled tons of lists and audience voter polls and charts and took them all into consideration to make one big spreadsheet and sort it.

From there I also added in my own top 15-20, as well as asking the members of The SHJ Academy as well.

Videl is the daughter of Mr. Satan and also Gohan’s wife.  Not only is Gohan one of the most popular Dragon Ball characters of all time (sorry, spoiler, he’s in the top 5), but Videl is also an absolute badass!  She is a kick ass martial artist, and her and Gohan also share a daughter, Pan.

On a lot of charts and other ranking Videl made the top 15 most popular Dragon Ball Z characters of all time, but even if not, almost every single time she at the very least hit top 20.

Bardock was actually a little surprising to me on this list.  I do love Bardock, but I didn’t think he would make the top fifteen most popular DBZ characters so often.

He made almost every list I checked out and had a ton of votes from The SHJ Army for their top lists of characters.

I suppose being the father of Goku and grandfather of Gohan and Goten makes him very likeable just there – but the fact that he’s a pretty freakin’ awesome character (like Videl), also helps.

Majin Buu is a weird character to have within the most popular DBZ characters because there are so many variations.

For the sake of our training at SHJ we built the routine focusing in on Super Buu and Fat Buu (more-so Super Buu), but there are much more variations than just them.

Normally the write up or explanation that went along with Majin Buu being places among the most popular characters was Fat Buu because he became so lovable and funny, or Majin Buu as a villain overall because he was just so complex and awesome.

Android 18 doesn’t top the popularity of her brother Android 17, especially after his role in Dragon Ball Super, but she still makes our list of the most popular Dragon Ball Z characters.

Both Android 18 and Android 17 stick around after their initial introduction, and Android 18 even ends up marrying Krillin!  And, if you’re wondering how that’s possible if Android 18 is an android: it’s because she is TECHNICALLY a cyborg, having once been a human and been altered by Dr. Gero, but left human enough to have children.

Next up on the list is the Legendary Super Saiyan Broly!  Broly has always been one of my favorite characters and the changes that came to his character within Dragon Ball Super have me extremely excited!

Starting as a villain and never really getting more of an arch that led to enough of a recurring character similar to Frieza and Buu, Broly’s changes in DB Super make it seem like we can see a lot more of him.

I like to think I’m a Master Roshi/Nick Fury here at Superhero Jacked.  I do my best to live up to that title, but Master Roshi is just beyond incredible.

He didn’t get enough top tens in the research I did for this list to warrant me moving him up a slot or two, although he would have been in the top ten in my own list.  Master Roshi has been around since the very beginning with some of these other awesome characters, and I think everyone dreams of one day being able to train at Kame House.

Android 17 immediately won the hearts of the Dragon Ball Z fans when he decided to kill Dr. Gero, but for me his true colors come out when he returns a decade later in Dragon Ball Super to help the Z Fighters save the world.

While this is technically a list of the most popular Dragon Ball Z characters, Android 17’s appearance as a fighter for Team Universe 7 in the Tournament of Power is really what makes him show his true badassery.

Next up on the list is another character who has been around for the long haul, from Dragon Ball to Dragon Ball Z and all the way through all our favorite archs: Bulma is incredible.

If you don’t love Bulma, you probably don’t love Dragon Ball Z.  She’s the wife of Vegeta, who is one of, if not the most popular Dragon Ball Z character of all time; and she didn’t even need that connection to come in the top ten!

I am a huge Krillin fan.

I was hoping he’d someone wiggle his way into the top five most popular Dragon Ball Z characters of all time, but I’m really happy that he made the top ten…especially when I take a look at the top five or six!

Krillin has been training with Master Roshi and Goku since Dragon Ball, and he is insanely powerful for being a mere human.

Although we do see him get killed a lot throughout the course of the Dragon Ball series, we also see him step up to the plate and be a huge member of The Z Fighters.

Race: Half Human, Half Saiyan

Goten is loved by many not only because of how awesome he is one his own, or because of the sheer fact that he’s Goku’s son, BUT…also because fused with young Trunks we get Gotenks!

And how in the hell could we not absolutely LOVE Gotenks!?  Trick question. It’s impossible.

Goten almost makes it to the top five most popular Dragon Ball Z characters of all time, but just misses by a couple.

I would have loved to see Frieza make the top five most popular Dragon Ball Z characters of all time after seeing him in Dragon Ball Super, but you just can’t beat out our top five core heroes.

Frieza’s character development over the course of the Dragon Ball Z series and into Super was absolutely incredible, so as a character he definitely deserves to be in the top ten, and I’d even go as far as saying he’s well deserving of this exact spot on the list with little disagreement with other lists I’ve compared.

For that reason Trunks coming in at the five spot is not only a fair slot, but it’s warranted with his overall character development in multiple timelines!

Coming in at number four is our favorite Namekian, Piccolo.  Piccolo technically started as a villain and then quite quickly became a Z Fighter, training most closely with young Gohan.

Piccolo was even a bonus on our list of The Most Powerful Dragon Ball Characters of All Time (including Super), coming in at sixteen on that list.

He doesn’t seem over powered powerful because he’s next to characters like Goku, Vegeta, Gohan and others, but in reality he’s extremely powerful, and another character with an amazing development.

Race: Half Saiyan, Half Human

Gohan, although I would have loved to see him become even more powerful than he did after taking on Cell at a young age, still comes in well deserving of his spot in the top three most popular Dragon Ball Z characters.

He is technically only half Saiyan, so watching Goku and Vegeta continuously increase in power level while Gohan still did, but with his own development and route to The Tournament of Power in Super, it was still different and fun and not a development that would have had us all knowing what was coming ahead of time.

Technically speaking Vegeta and Goku go back and forth for the top spot among the most popular DBZ character of all time, but it really really comes down to who you ask and their specific opinion, and the voting charts I checked also had split decisions depending on the audience.

That being said, I love them both and if I HAD to make a decision I would say Goku because he’s still number one in terms of power, but Vegeta as a character as a whole.

Goku comes in as the most popular Dragon Ball Z character of all time, but technically splitting the spot with Vegeta.  The reason I went ahead and decided to give the number one spot to Goku is because it seemed that the newer and younger audience going back and visiting Dragon Ball Z tend to lean in favor of Goku and then over the course of time Vegeta wins them over more and more.

By the end of Super you’re like in the coin toss situation that I am in after being a die hard fan of DBZ for years and years.

Either way, Goku is not only the most popular, but he’s also right there in the top five most powerful with Vegeta just one behind him as well.

The Most Popular Dragon Ball Z Characters of All Time (Runner Ups): 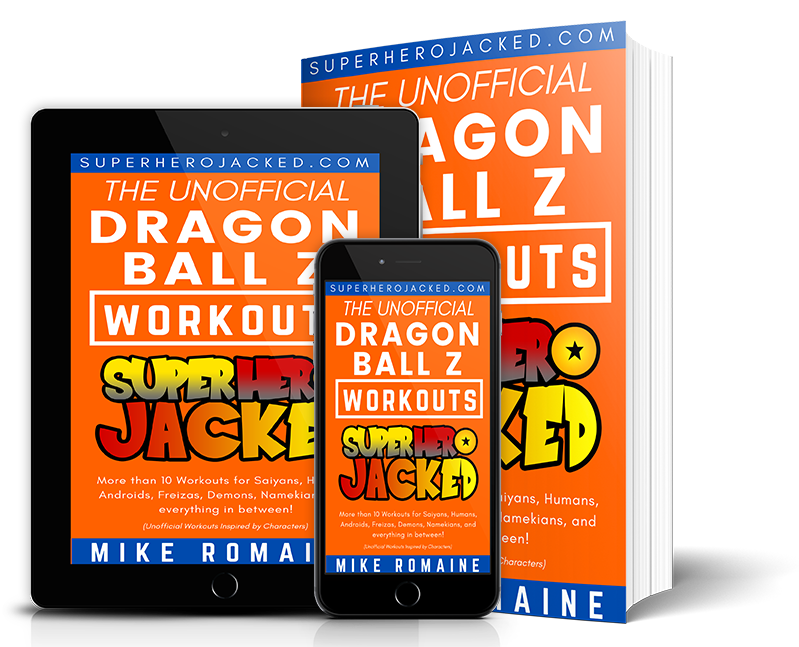