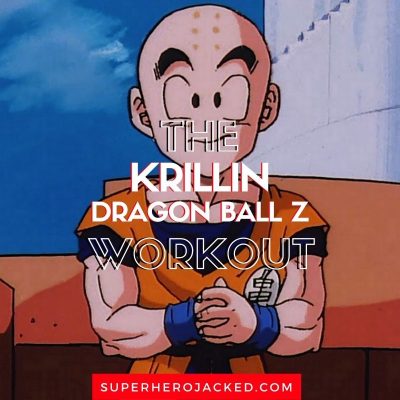 Especially when we’re coming around to some of my favorite characters like Krillin and some of the other handful of characters that will follow him.

We’ve been on a tear with anime inspired workouts and our Anime Workouts Database is growing larger and larger each week, but Dragon Ball Z was there at the start of it all, so it’s fun being able to get back to it.

We have since seen The Most Powerful Dragon Ball Characters Ranked and a couple other listicles, but I have some plans for a few more, which is enabling us to bring in some of these new characters from the requests!

Krillin is one of, if not the shortest male character we’ve seen at SHJ.

There may be one or two around him, like Gimli for example, but he’s definitely right there at the top of the bottom of the list! 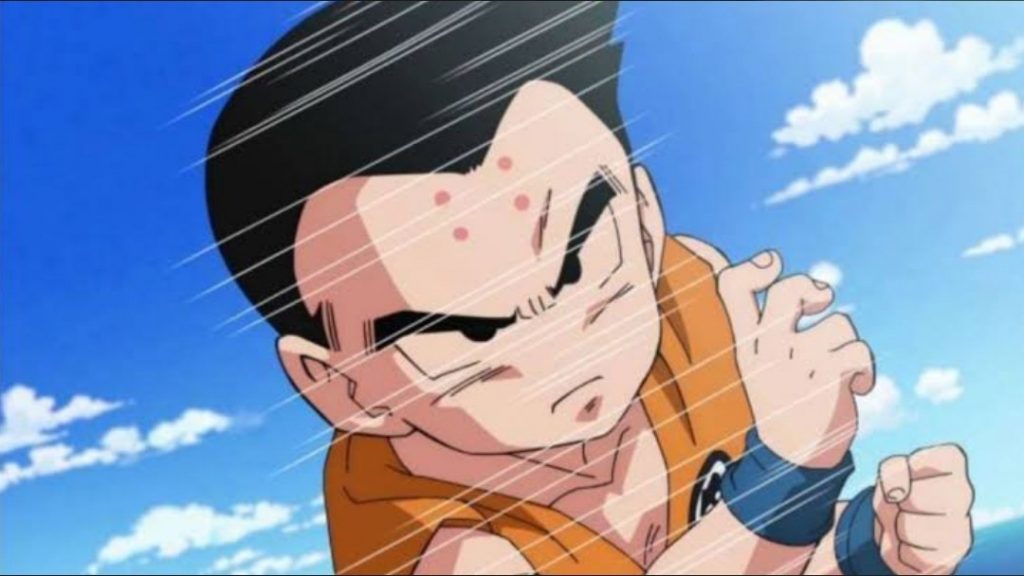 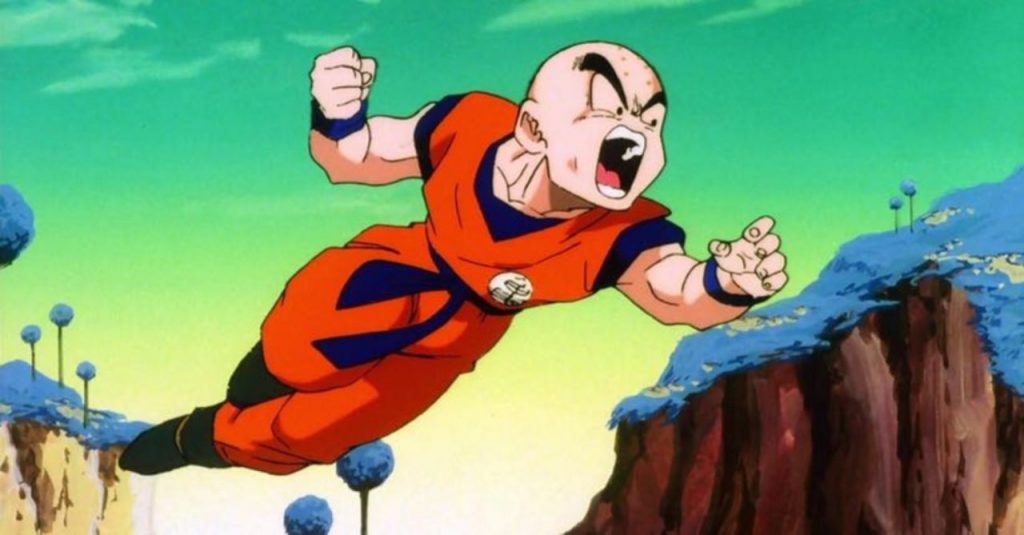 Krillin is awesome, and I’m sure you all know it.  BUT, that doesn’t mean we’re not starting with his bio information from his Wiki Fandom page like we do for our characters.

Krillin is a supporting protagonist in the Dragon Ball franchise. Krillin had a brief rivalry with Goku when they first met and trained under Master Roshi, but they quickly became lifelong best friends. One of the most powerful and talented martial artists on Earth, Krillin is courageous, faithful, and good-natured. He is a prominent Z Fighter, despite usually being overpowered by the major enemies. His short stature and baldness (with the exception of when he grows out his hair in the Majin Buu Saga onwards, although he occasionally shaves his head in several sagas in Dragon Ball Super) aid him in his ability to provide comic relief during tense moments. During the latter half of Dragon Ball Z, he largely retires from fighting, opting to settle down with his family instead, becoming the husband of Android 18 and the father of Marron. However, he returns to his lifestyle as a warrior later on in Dragon Ball Super.

I want to put some emphasis on “One of the most powerful and talented martial artists on Earth” being that he doesn’t always get the praise he deserves.

Unlike Goku, Vegeta and a lot of the other characters we see: Krillin is human!

They actually do a good job mentioning more about this in Krillin’s powers and abilities section which is nice to see.

Here’s how they begin that section:

Despite being regarded as a weakling compared to his Saiyan comrades, in truth, he is the strongest Earthling warrior. In addition, combined with his own battle tactics make him a skilled fighter. Due to him being portrayed often as a comic relief character by the latter half of Dragon Ball Z, his true power is never really seen. When the time counts, however, he can catch opponents more powerful than him off guard. His fighting style also employs misdirection, giving him a further advantage.

They continue on by talking a lot about his power level and how much it has improved over time with his training:

Krillin’s power level at the start of Dragon Ball Z while not fighting is 206 according to Bulma’s modified scouter. He trains at The Lookout for a year alongside Tien, Chiaotzu, Yajirobe, and Yamcha in order to prepare for the arrival of the Saiyans. During the battle with the Saiyans, his suppressed power level is 1,083 (1,100 in the anime) and 1,770 when fighting at full strength. When at full strength, Krillin kills all the remaining Saibamen with his Scattering Bullet technique, though one of them had managed to flee and was killed by Piccolo. However, his Scattering Bullet failed to inflict any damage on Nappa or Vegeta, and Krillin proved himself to be sorely outmatched by Nappa. During his fight, though, Krillin’s Destructo Disc managed to scrape Nappa’s cheek, and had he not dodged, Vegeta was sure it would’ve killed Nappa.

After having his potential unlocked by Guru and while powering up to fight against Guldo, Krillin’s power level is over 10,000 according to Jeice’s scouter and when Vegeta sensed Krillin’s potential unlocked power he initially mistook him for Zarbon, but then noted that his power was somewhat weaker than Zarbon’s. When first encountering the Ginyu Force, Krillin thinks to himself that he could never become as strong as them no matter how much he trained, other than Guldo – who he considered to be a shrimp power wise. Against Ginyu in Goku’s body (whose power level was 23,000) Krillin was able to match and even overpower the captain without using his own full power. Vegeta notes during the battle against Frieza that Krillin’s power as well as that of Gohan, keeps sharply rising. This was because of their potential being unlocked by Guru.

So overall Krillin is actually quite strong!

It’s important to notice that while going into this one considering we’re going to be training pretty hard to try to be such a strong warrior.

Being that his strength is always going to be compared to the warriors (and villains) he’s surrounded by in the show we’ll base our training style around that and for Krillin we’ll be utilizing calisthenics training.

That being said, though, it will be at a high intensity and scaled up a bit based on what we just read about his strength compared to the average human!

Think you can handle it!?