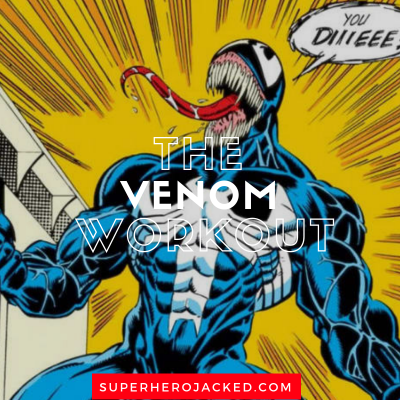 You must already know it’s a Venom themed week.

You didn’t? But the movie comes out this weekend…

Man, Tom Hardy would NOT be happy to hear that.

I know, I know, we have so many other character workouts that have been requested, but sometimes we have to stick to a schedule that we can’t always control.

And, in this case, that’s Venom.

I even made sure to give you guys Riz Ahmed’s workout routine this week as well.

He is playing Doctor Carlton Drake!

But, this routine should certainly be interesting, considering Venom is requires a host.

Are you ready to be that host?

For this next section I’m going to be using the stats of Eddie Brock being that he is the character in the Venom movie, although we have seen Venom hosted by Flash Thompson, Lee Price, The Guardians of the Galaxy, and a ton of other characters!

Also keep in mind that his height and weight is also variable as Venom.

And, he’s not far off what we see for superheroes either, actually.

Vegeta tied Wolverine for the shortest spot among comic characters we’ve seen at 5’3, but Damian Wayne (Robin) is only an inch taller.  Goku isn’t that tall either, though, standing only 5’7.

We’ve had Superman at 6’3, and Captain America, Scorpion and Batman at 6’2, with Thor and Cyborg towering over them at 6’6, Thanos and King right there with them at 6’7, Bane at 6’8, and Deathstroke right below at 6’5.

And, of course, Hulk is up there with them, and sometimes even portrayed much taller.

**Keep in mind: this section will be nearly identical for each hero, unless I mentioned differently (for example someone like Bane may get something specifically different** 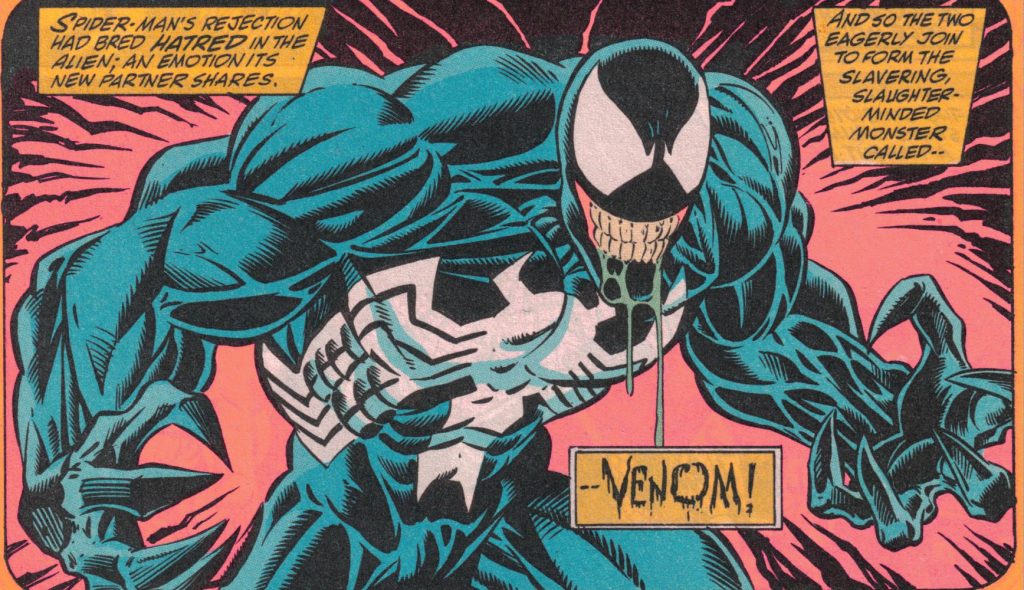 This is where I get to break down the “how” and “why” of the workout we’re going to build based on the characters, in this case Venom’s (as Eddie Brock), powers and/or abilities.

So let’s talk about the powers Venom has from the symbiote, told by his Marvel Wiki Page:

Power gained by the Symbiote:

I mean, I’m definitely not going to be able to teach you how to nullify Spider-Man’s spider-sense, but I can shoot for some SuperHuman attributes.

In Eddie Brock’s Wiki they list this included in his powers and abilities section:

Which, we basically got, but I just wanted to make sure we touched upon the “strength” portion of what the symbiote brings to the table.

Since we moved through that so fast, can we have some fun?

Here’s a list of all the hosts that the Venom symbiote has encountered:

Yes, you read that right…

This routine may look familiar.  It’s based on Tom Hardy’s own workout routine to get insanely jacked!  How’s that for awesome?  I’ve added in activity days because every hero, villain, anti-hero, and character should be able to defend themselves (and move like a boss)!

Day One: Back and Traps 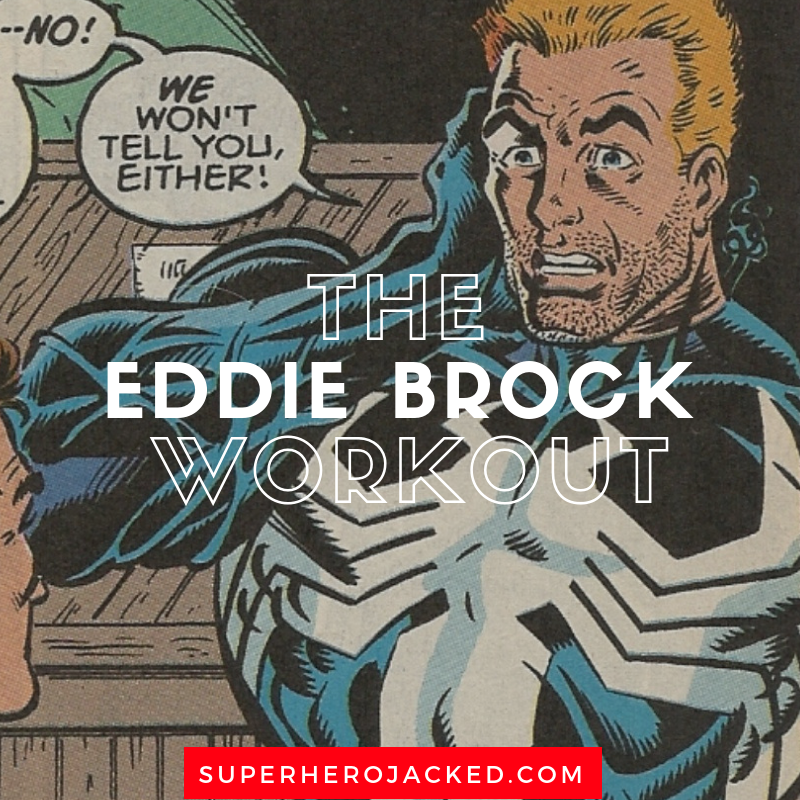