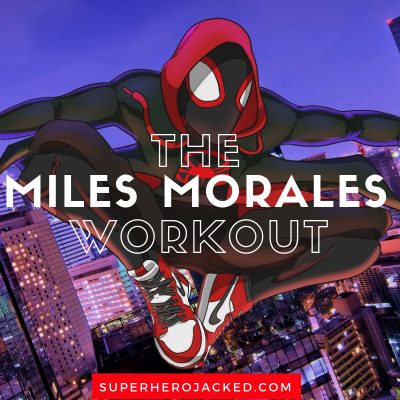 So I obviously had to see Spider-Man: Into the Spider-Verse on opening night.

Especially after our Academy member David spoke so highly of it!

We’ve actually seen a ton of Spider-Man celebs (Tom Holland, Tobey Maguire, Andrew Garfield, Emma Stone, Zendaya, and Logan Marshall-Green) and even already have a Spider-Man character workout – but after seeing the movie I decided I had to write more.

And I think Stan Lee would definitely want that.

All our Spider-Man characters seem to be on the shorter side.

Although I suppose 5’8 isn’t extremely short compared to some of the other characters we’ve seen.

Vegeta were tied Wolverine for the shortest spot among comic characters we’ve seen at 5’3, prior to the Teenage Mutant Ninja Turtles coming in at 5’2, (and Gimli even shorter) – but Damian Wayne (Robin) is only 5’4.  Goku isn’t that tall either, though, standing only 5’7. 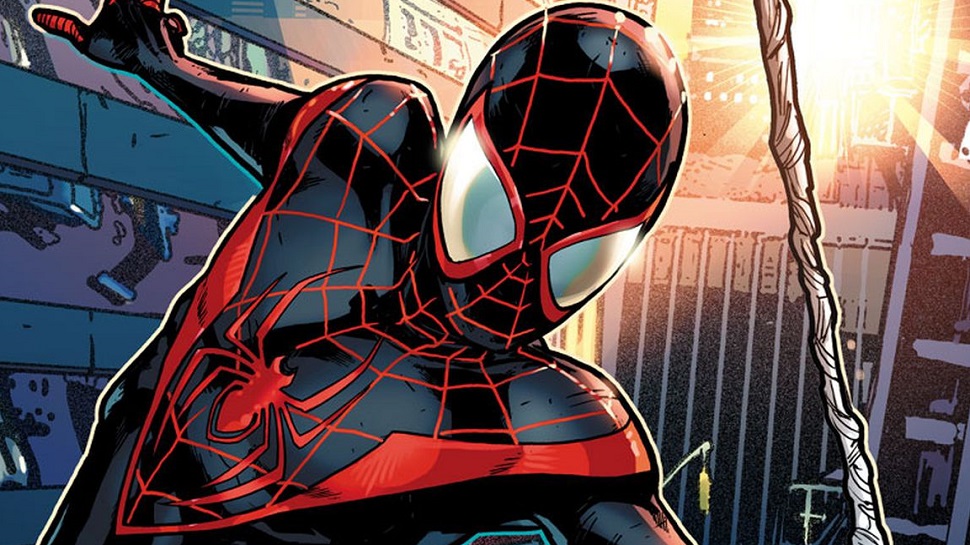 This is where I get to break down the “how” and “why” of the workout we’re going to build based on the characters, in this case Miles Morales’s, powers and/or abilities.

I think the best place to start is by giving a list of his powers, because he is actually even more enhanced than we are used to with our Spider-Man characters.

Here’s what Wikipedia tells us:

I’m going to tell you right off the bat that I’m not teaching you to turn invisible, use a venom strike or blast, or even give you a web-shooter.

I didn’t want you to get your hopes up before we even get into the workout routine.

If you’ve seen the movie you know a bit about his background, but if not, I’ll share some interesting facts before we move on into some exercises.

Morales was born and raised in Brooklyn, New York City, the then-13-year-old son of an African American father and a Puerto Rican mother. Axel Alonso has described Miles as an intelligent nerd with an aptitude for science similar to his predecessor, Peter Parker.

And Marvel’s quick synopsis tells us:

In the alternate reality of Earth-1610, a young New York City teen was bitten by a genetically enhanced spider. When the Peter Parker of that dimension was killed, the teen—named Miles Morales—was inspired to take up the fallen mantle.

Which gives us a a bit of background for the movie as well.

But what we’ll be focusing in on re-creating is Miles’ superhuman strength, speed, and agility. And while we can’t learn to cling to surfaces, we can work on parkour and freerunning.

Spider-Man is someone who does it all.  We’re going to be working on parkour, mixed martial arts, and also strength gain.  To do this I’ll be giving you 3 days of strength training with weights (for strength and agility), and also programs for mixed martial arts and parkour to pair with this at least 2-3 days a week.

And Spider-Man sure as hell would be able to do parkour.

And Spider-Man sure as hell would be able to do parkour.

Spider-Man does it all.

The training above is for that.  But you could always step it up if you really want to be like Spider-Man.

I suggest adding in another day or so (depending on how many days you’ve completed this week so far) devoted to bodyweight programming and/or cardio.