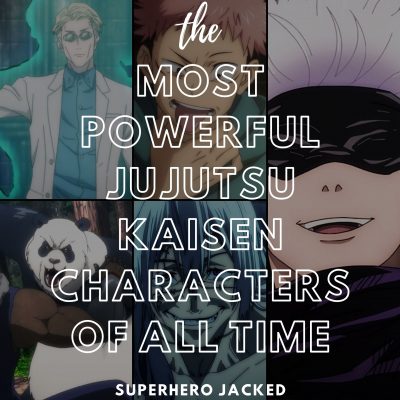 To be fair…one of the villains did make the “honorable mention” list among the most popular, and he’s actually the one I would have potentially had making my personal top ten!

As I mentioned in our other listicle: Jujutsu Kaisen is becoming one of the most popular anime out right now – and The SHJ Army makes it VERY clear they want more and more workouts inspired by their favorite characters.

I also talked about the fact that this rising popularity even allowed us to make a dedicated mini-workout-database just for all our Jujutsu Kaisen Inspired Workouts that we have within our Anime Workouts Database!

We’ve already been able to build some other mini-databases for shows like: DBZ, Naruto, MHA, and even ATLA.

We now have over 1,000 workout routines based on celebrity research and inspiration drawn from our favorite superheroes, anime characters and more – so I’ve been making it a priority to add listicles like this one to the site in order to help you guys find your favorite character inspired workouts that may have otherwise been hidden in the deep dark databases!

For this one, instead of breaking it down like we did for our “Most Popular” lists that involve scouring the interest and compiling lists, my own views, and even The SHJ Army and Academy members views – this time we’re strictly using overall power level and a handful of resources that are viewed as the top dawgs in the anime world.

Kicking our list of the most powerful Jujutsu Kaisen Characters off is Megumi Fushiguro.

Megumi came in at number three among our most popular Jujutsu Kaisen characters, so it’s nice to see him make the current top ten most powerful as well.

Megumi is the deuteragonist in the show, which if you don’t know what that is, just basically means he’s the second most important character – in this case behind characters like Yuji and Satoru.  He’s also a descendant of the Zenin family and generally portrays a stoic and calculated nature behind his decision making.

Obviously a show frontrunner for the most popular (along with the absolute fan-favorite, Gojo), Itadori is only going to continue getting more and more powerful – so it’s likely we will just see his power level take him to higher slots on future lists.

Coming in at number eight on the list of the most powerful Jujutsu Kaisen characters is Toge Inumaki who brings the power of his cursed speech technique!

Toge is a fan-favorite as well and was actually sixth on the list of the most popular, but his cursed speech technique, and the fact that he is moving up the power level into Semi-Grade 1 makes him an easy top ten character among our most powerful!

I wish Aoi Todo made it to the top five, but he comes in at number seven among our most powerful Jujutsu Kaisen characters.

I have a special place for Todo, and I mentioned this on our most popular list when he came in at number eight.

Aoi Todo is one of my personal favorite characters because I feel like he brings us the Master Roshi and Jiraiya style characters we may missed from our other favorite shows and put some of the perv-style-humor into a BIG and strong character like Todo.

Just missing the top five and coming in at number six among our most powerful Jujutsu Kaisen characters is Kento Nanami.

Nanami was actually a classmate of Satoru Gojo’s before leaving Jujutsu High to become what is referred to as a “salaryman” – but he came back after four years to continue working as a jujutsu sorcerer.

I personally LOVE the fighting style of Nanami, and I am always intrigued by the way he’ll literally walk his opponents through the moves he is making and discuss different scenarios.

It’s perfect that Mahito comes in at number five among our most powerful Jujutsu Kaisen characters, right after Nanami, because their initial battle was so amazing and fun to watch.

While Nanami used his strange tactics of explaining things in battle, Mahito was not only cocky, but also willing to listen and learn and go back to Geto excited about what he took from it.

Mahito is extremely strong, and said to be as powerful as at least 3 of Sukuna’s fingers (if not more), so his eagerness to learn how to control and master his specific abilities makes him an extremely worth advisary and great addition to this list and the site.

Coming in and joining the top five at number four among the most powerful Jujutsu Kaisen characters is actually a main villain from the prequel series:  Jujutsu Kaisen 0: Jujutsu High!

Yuta Okkotso is so strong that he has actually defeated Geto in a battle and Gojo has said that he has the potential to surpass his power level!

Mix that insanely high praise for this with the amount of training Okkotsu has put in to master techniques and we have one strong swordsman.

Coming in at three among the top three most powerful Jujutsu Kaisen characters is Suguru Geto!

Geto is basically my Voldemort of Jujutsu Kaisen.  His Wiki Fandom explains what I mean right in the top section of his bio like this: “His experiences as a jujutsu sorcerer bred a deep hatred for non-sorcerers, leading to an incident where Suguru massacred over a hundred civilians in a single night.”

I also just realized, as I was typing that, that I really like to look for similarities between characters of my favorite shows and pair them up…

Coming in at number two on the list of the most powerful Jujutsu Kaisen characters is none other than Sukuna!

Sukuna is the most powerful cursed spirit in the entire series and he possesses vast amounts of cursed energy.  When ranking up these other members on the list it’s often done by comparing them to just some of Sukuna’s fingers (as we did for Mahito).

Coming in at number one on our list of the most powerful Jujutsu Kaisen characters is Satoru Gojo!

Gojo is not only the most powerful character in the series, but he is also the most popular. We saw him toy with Sukuna in some of the opening episodes, and his power seems to just be endless.

The Most Powerful Jujutsu Kaisen Characters of All Time (Runner Ups): 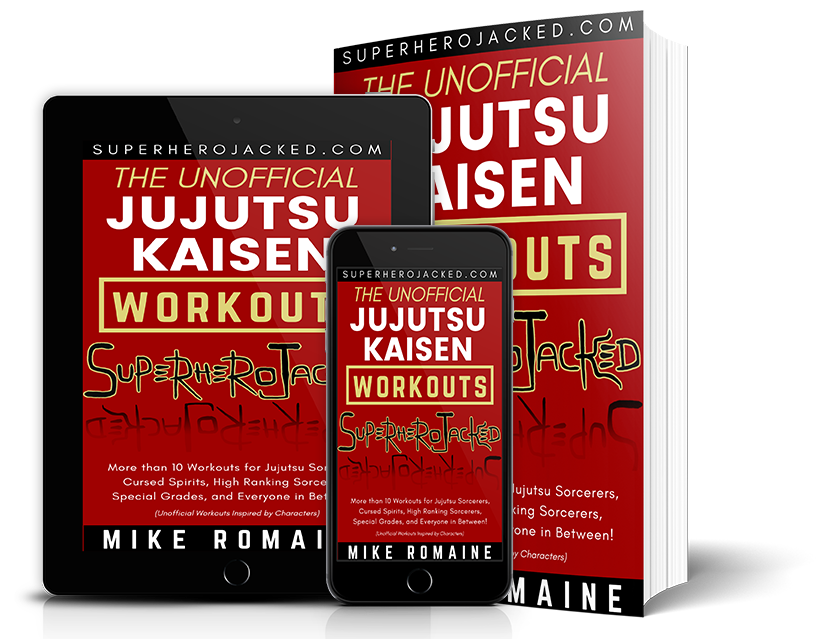