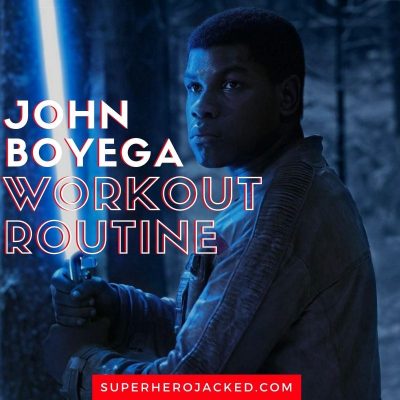 John Boyega came out of no where.

And is absolutely incredible.

From Star Wars to now being in The Circle with Emma Watson and Karen Gillan, Detroit, Pacific Rim, and a bunch more – he’s killing it!

Oh, and he’s not the only amazing Star Wars celeb we’ve had here. We’ve also seen Adam Driver, Daisy Ridley, and even Jabba.

Have you seen The Last Jedi yet?!

Boyega’s 5’9 is definitely one of the shortest we’ve seen on the site.  He’s not alone, and there are shorter, but we’re used to an average of 6’1-6’3 from these celebs.

The average, like I stated, is guys like Chris Pratt, Chris Evans, Chris Hemsworth, Stephen Amell, Tyler Hoechlin, and a ton more.

Oh, and the tallest on the site are guys like The Mountain, Joe Manganiello, Dwayne Johnson, Jason Momoa, and Ray Fisher.

But, either way it doesn’t matter – this is just for fun.

I make these routines to be utilizes for any shape and any size!

Boyega committed himself to a training schedule and more nutritious diet when prepping for Star Wars.

He ate “clean” and started restricting himself more in order to look leaner and ready for his role.

That being said, there aren’t specific details about what type of nutrition he opted for, which is actually a lot more fun for me.

Now I’m able to tell you how to opt for the most sustainable method.

There’s a million ways to get the job done, but the most sustainable approach is always the best.

That’s why we utilize tons of different options within The Academy’s Nutrition Classes (SuperHuman, Minimalist, Viking, Samurai, Hunter Gatherer, Monk, Spartan) – pushing members to choose the one that is going to be best for them.

That being said, my favorite techniques are the combination of intermittent fasting, cyclical ketosis, and protein counting.

Intermittent fasting is something that guys like Hugh Jackman and Terry Crews love, and something that I’ve adopted into my own life, and coached many others to do as well. 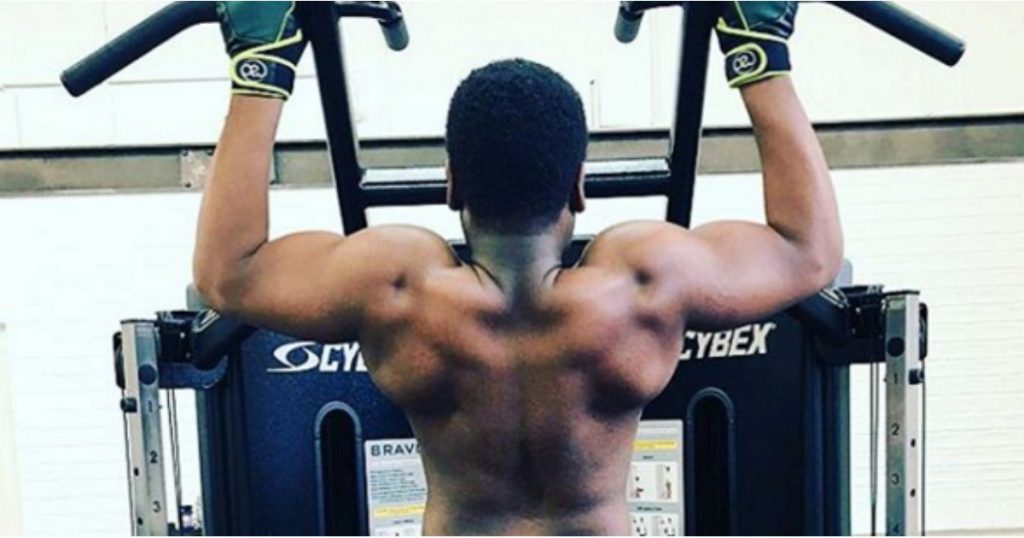 As far as Boyega’s training regime, I was able to find a lot more out.

Business Insider has multiple articles that have some good information that we can piece together to get a pretty dang good workout routine going for you guys.

Boyega’s training included gym workouts and special training to teach him how to wield and fight with a lightsaber.

And a quote from Verge has Boyega saying this about the training:

“You know, it started off with sticks. And then I advanced to the ignited sabers, and I really enjoyed myself working with the sabers,” he told The Verge. “The swinging, the aggression. And I was able to add my own little fighting style to that, my own ideas.”

We also have meditation and sword fighting styled coaching and methods within The Academy’s Jedi Path – so if you’re looking to get your Jedi on, that might be a place to start.

Another article from Business Insider has them telling us:

Recently, “Star Wars: The Force Awakens” star John Boyega told British Vogue that his character Finn will be “much more physical” in the next “Star Wars” movie, “Episode VIII.”  “I might be in the gym a bit more,” the British actor said.

He opted to take the advice of a trainer that got one of the other shredded celebs on SHJ  ready for a role of a lifetime.

Oh, and that celeb also happens to be a Superhero already, and set to star as a villain in Black Panther….

Did you guess it yet?

Here’s a quote from BI telling us about Boyega’s trainer:

After filming wrapped on “The Force Awakens,” Boyega sought out the trainer who got Michael B. Jordan in ridiculous shape for “Creed,” Corey Calliet.  “He saw how Michael looked in ‘Creed’ and said, ‘I want that guy,'” Calliet told Business Insider.

Yes, the actor I was referring to is Michael B. Jordan!

Awesomely enough, Calliet gave Business Insider one of the routines that they utilizes on a daily basis throughout the weeks they worked together.

For that reason I’ll be including it in the routine for you guys as well.

I’m going to give you a 3 day split of weight lifting, and then I’m also going to give you Boyega’s personal trainer days for 2 days of the training as well.  That leaves us at 5, but shoot to at least get the 3 days of lifting in each week. 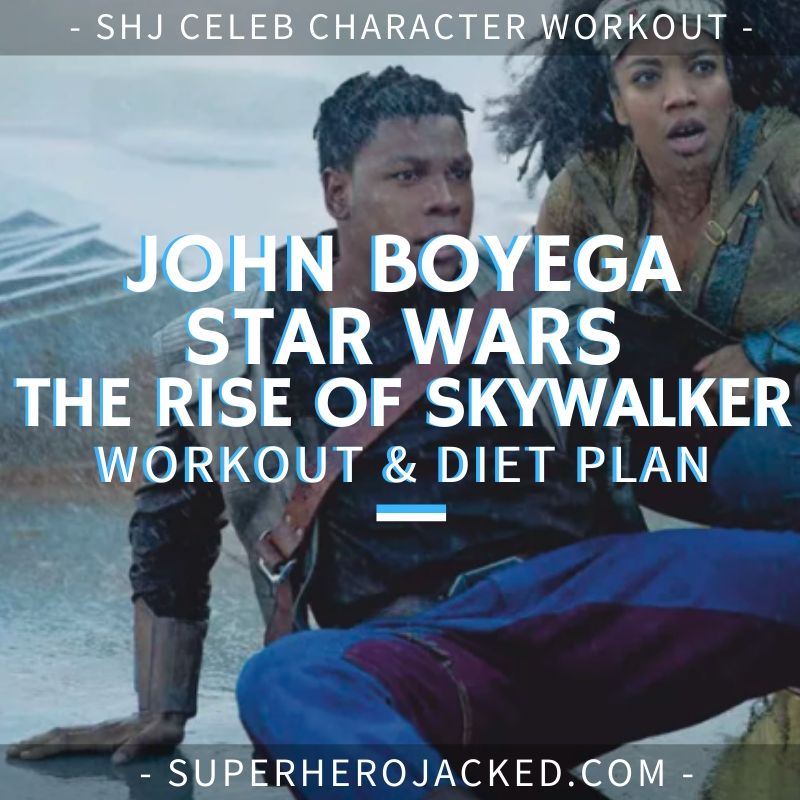 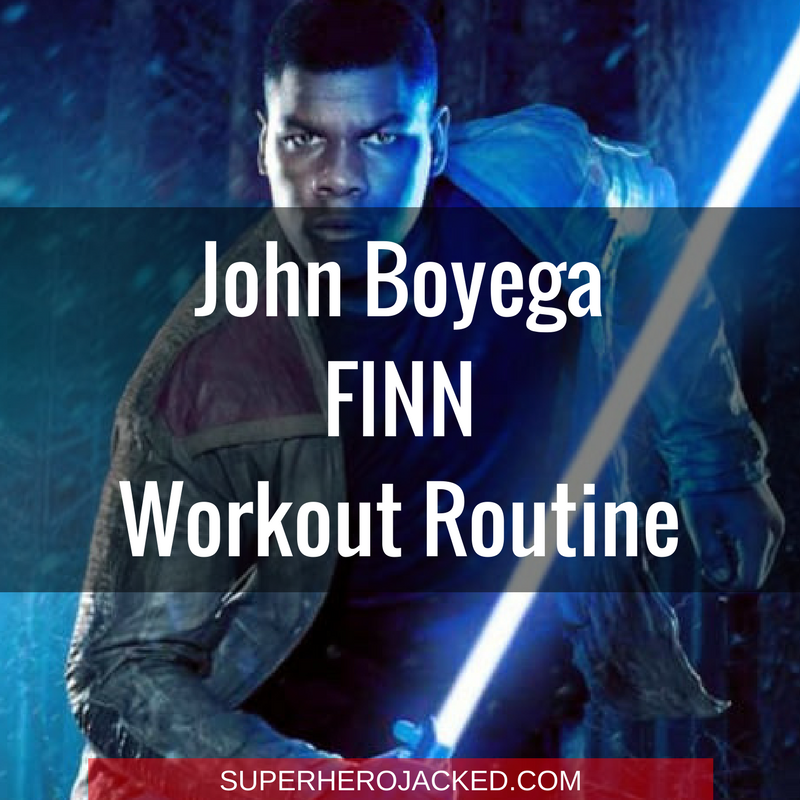