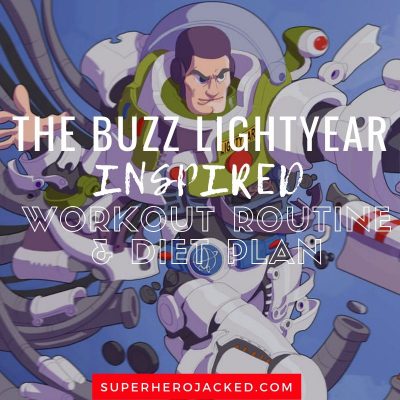 I actually hesitated quite a bit before writing any Toy Story routine.

But, I eventually came around and decided we don’t have to train like TOYS, but can have some fun with it.

So with Toy Story 4 around the corner there might even be some room to see some other characters as well.

Depending on how this week goes, of course.

For the start of these articles I would like to say this: I linked to the guidelines above, but in no way is this workout and diet plan that of Buzz Lightyear’s. This is simply a plan inspired by his character and I will be citing all the information I can in order to show where the inspiration is coming from.

Buzz is actually quite short.

That puts him under Hercules, Gaston and Mr. Incredible, and right there closer to Aladdin.

So technically Buzz Lightyear is an action figure.

But don’t tell him that. To him, he’s a Space Ranger!

So we’re going to be eating like an astronaut for this one.

Here’s what NASA tells us:

Astronauts eat three meals a day: breakfast, lunch and dinner. Nutritionists ensure the food astronauts eat provides them with a balanced supply of vitamins and minerals. Calorie requirements differ for astronauts. For instance, a small woman would require only about 1,900 calories a day, while a large man would require about 3,200 calories. An astronaut can choose from many types of foods such as fruits, nuts, peanut butter, chicken, beef, seafood, candy, brownies, etc. Available drinks include coffee, tea, orange juice, fruit punches and lemonade.

As on Earth, space food comes in disposable packages. Astronauts must throw their packages away when they have finished eating. Some packaging actually prevents food from flying away. The food packaging is designed to be flexible and easier to use, as well as to maximize space when stowing or disposing of food containers.

So basically we’re eating within caloric windows, which seem to be very specific, and then each disposable package would have it’s own count.

Pretty similar to regular calorie counting, with some restrictions.

For those of you who want some more information, they also tell us:

Astronauts basically do the same thing when they go to space. Preparation varies with the food type. Some foods can be eaten in their natural forms, such as brownies and fruit. Other foods require adding water, such as macaroni and cheese or spaghetti. Of course, an oven is provided in the space station to heat foods to the proper temperature. There are no refrigerators in space, so space food must be stored and prepared properly to avoid spoilage, especially on longer missions.

Condiments, such as ketchup, mustard and mayonnaise, are provided. Salt and pepper are available but only in a liquid form. This is because astronauts can’t sprinkle salt and pepper on their food in space. The salt and pepper would simply float away. There is a danger they could clog air vents, contaminate equipment or get stuck in an astronaut’s eyes, mouth or nose. 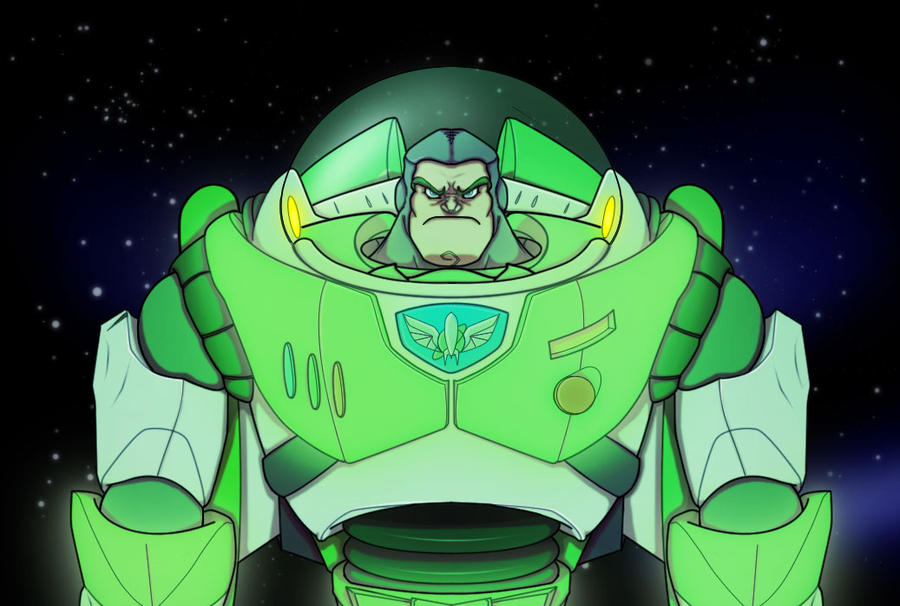 So let’s start by grabbing some information from Buzz Lightyear’s Wiki Fandom page.

Well, that doesn’t really help us much…

I guess we can work on our karate chops with some mixed martial arts options, but I was thinking we have some more fun with this.

So let’s find out a little more about Buzz Lightyear.

Buzz is a toy from a sci-fi franchise of the same name. In his fictional backstory, Buzz is a universal space ranger from the Intergalactic Alliance and the captain of the Alliance’s team. Buzz is trained in several forms of martial arts and is a highly skilled warrior in hand to hand combat. Being in peak physical condition, Buzz makes a perfect space ranger and is an example to many.

On top of mixed martial arts we’ll be achieving our peak physical condition by training like an astronaut.

Here’s some information I’ve gathered from Furthermore (so you’re not overwhelmed when you see the routine):

“A significant portion of spacewalk training takes place under water,” says Rubins. “These are six-hour-long training runs in a 300-pound suit. You need an anaerobic burst, but also a lot of endurance.”

This continues with more interesting information:

In-flight, “we’re running three or four times a week,” says Rubins. “I’d say I usually ran about five miles at a time. I’d love to go for longer runs, but wearing the harness is like running with a backpack on. You don’t really want to do too much.”

And finishes with some weightlifting discussion:

But how do you weight-lift without weight? Or as Rubins explains, “I can pick up a 600-pound bag and spin it on my finger on board.” In this case, the astronauts work against vacuum. The ARED’s dual vacuum cylinders, through a series of cables and pulleys, allow the astronauts to have the equivalent force of lifting up to 600 pounds, she says.

As with harnessing yourself into the treadmill and clipping into the bike, securing yourself to the ARED is necessary, lest you push off and fly off in another direction. It provides a variety of strength-training exercises, from deadlifts to squats to sit-ups to bent-over rows. “We get a prescription and we’ll do different sets. We’ll do a day in which we’ve got a set of 8. When we want to go a little bit harder, we’ll do a set of six. Lighter days, we’ll do sets of 12.”

Looks like we have our work cut out for us.

Obviously we’re not going to be able to train in space, or with any special equipment that recreates the experience of training in space.  What we can do instead is train in the same style that they would, which would include a lot of running, and a upper-lower body split.  I’m going to program you both, based on what we learned, and if you want to train three lifting days per week you would do upper-lower-upper one week, and then lower-upper-lower the next.

Your workout schedule is going to look something like this:

Day One: Upper or Lower

Day Six and Seven: Run 5 miles (you can do this on one or both)