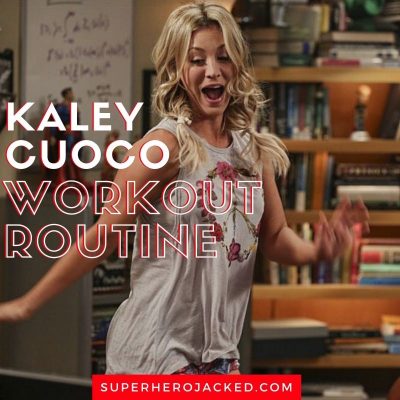 Kaley Cuoco’s workout and diet has had a sudden surge of requests.

I guess it’s hard to not want that killer physique.

Cuoco, star of The Big Bang Theory, The Wedding Ringer, and more,  shows off an amazing physique, and stunning abs.

Thankfully, when you have that nice of a bod, people want to know HOW, which gives us a good handful of sources to share here.

Kaley Cuoco is actually right at the average height among women we’ve seen at SHJ.

At the taller side of the range, but 5’6 is generally the “sweet spot” average. 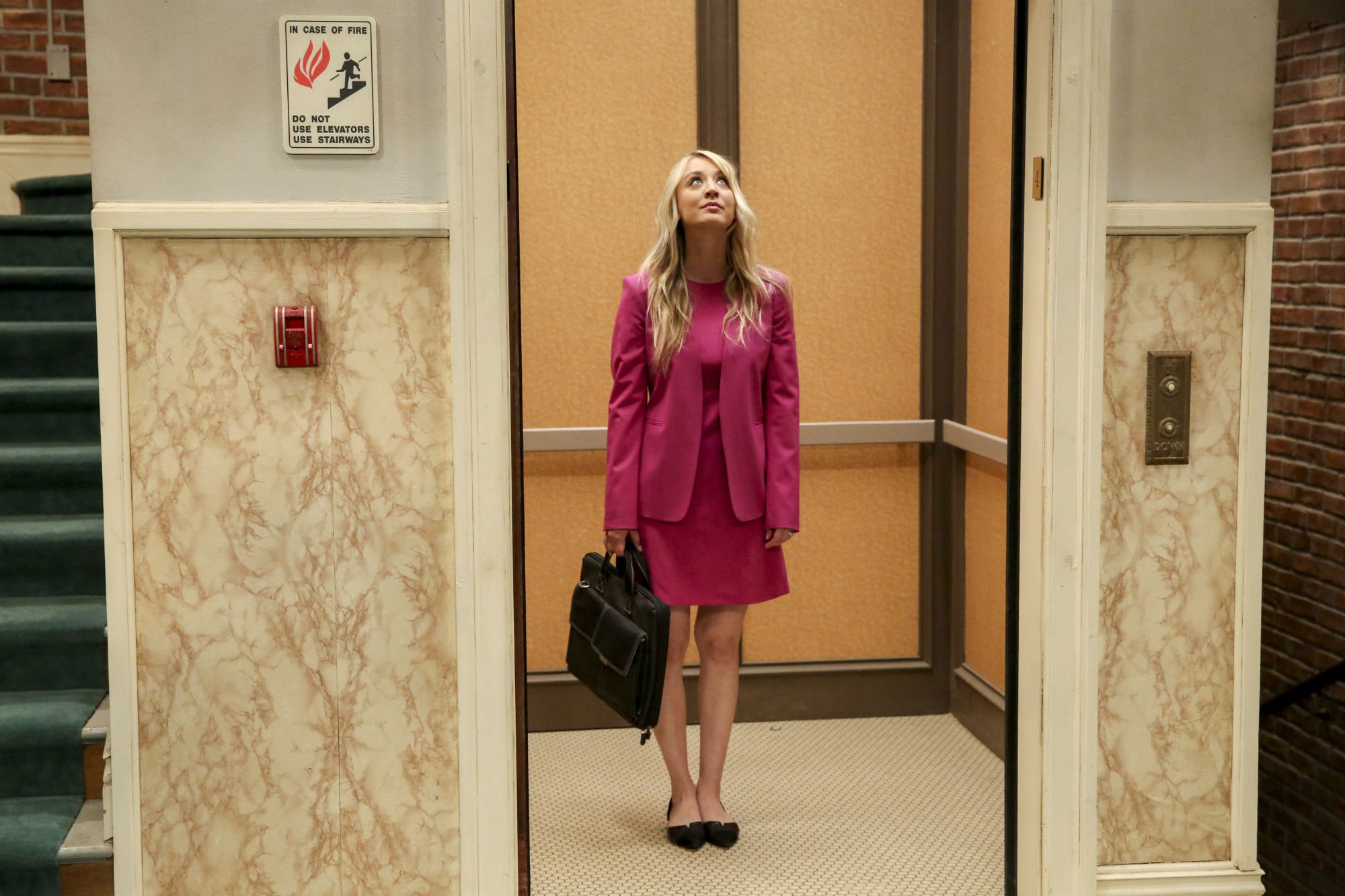 Like I said earlier, there’s a ton of awesome information out there about Cuoco’s diet and routine.

And, I actually really like her take on fitness and health.

We’ll use a bunch of information from Cuoco’s interview with Women’s Health, and then I’ll take some snippets from other interviews and quotes as well.

Women’s Health shares this from Kaley:

“When I wake up, I have the same little bit of peanut butter on toast every morning,” she says. For lunch, she’ll grab half of a sandwich, and when it comes to dinner, Kaley says she’ll eat fish, such as salmon, and vegetables. As for the rest of the animal kingdom? “No more meat, I’m like, done,” she says. And like the rest of us, she also gets late-night cravings. When those hunger pangs hit, she curbs them with a healthy snack, like an apple and peanut butter.

This continues with some more awesome information that will clear things up a bit for you guys:

Another way she stays healthy and happy: Indulging her cravings from time to time. “Tonight I’ll be going to In-N-Out and doing one of their grilled cheeses, massive fries, and a shake,” she says. “That’d be a cheat for me.”

All splurges aside, Kaley isn’t afraid to admit that she has to work hard to stay fit. “Bottom line is, you know, I’m not 21 anymore,” she says. “It used to be so easy, I didn’t have to do as much. Now, it’s part of my day—working out is part of my day, eating right is part of my day.”

“As I’ve gotten older, I’ve had to change my food intake,” the actress explains. “My husband, Ryan, eats so much. When we first got married, it was so much fun to eat like him. We got into this habit we called the bedtime snack. The drawers next to the bed were filled with candy. Eventually, I realized it was mindless eating. I was just doing it because he was doing it, and it was adding hundreds of calories I didn’t even think about. So I cut that out.”

She also talks more about her cheat day:

“I have to have a cheat day. I know when I’m being good all week long that come Sunday, I’m going to lie by the pool, have a drink, and eat some pizza. Then I wake up on Monday morning and I’m all ready to start the week again. I’m just going to be in a bad mood all the time if there’s no light at the end of the tunnel.”

We’ve seen a bunch of celebs opt for a full day break from tracking and restrictions.

It’s good to take a mental break, and also in turn for sustainability. 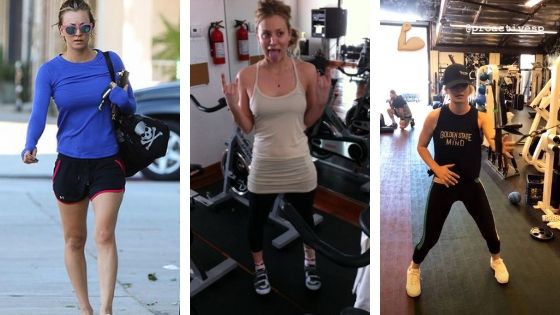 Sticking to the same game plan, we’ll start again with Cuoco’s Women’s Health interview and then build from there.

Though the 31-year-old loves her CorePower Yoga classes, she admits that she doesn’t necessarily jump out of bed to do it every day. “Sometimes do I want to get up in the morning and do it?” she says. “No. But when I get out, I feel like a million bucks.” As for her other fave workouts? Kaley is super-passionate about horses. (That’s how she and pro equestrian boyfriend, Karl Cook, first bonded!). Horseback riding is way more physical than most people realize, she adds.

She also adds this:

“If I get a little bit bored, I’ll switch over to SoulCycle, which I love too.  It’s all or nothing. I’m hot or cold. I’m not a gray area. So if I’m doing yoga, we’re doing it every day this week….Then I’m like, ‘Oh my god, I have to switch.’ Then I’m going crazy on SoulCycle….‘Okay, I have to switch.’”

While not always to this extreme, this IS something we see among celebs.

It’s always good to switch up your routine from time to time.

That being said, Cuoco has also said this in an interview:

“It took years for me to figure out what my body needs and that what works for my friends doesn’t necessarily work for me. Doing yoga five times a week has transformed my body. I love being toned and having muscle; it’s so sexy and beautiful. And I owe it 100 percent to yoga.”

Prior to finding yoga, Cuoco did try a handful of other training methods, though.

She shares this with Us Magazine:

“I tried spinning, I tried running, I tried Pilates. I realized I don’t like running. … I refuse to do it,” says the 33-year-old, who eventually “fell in love” with hot yoga. “I was like, ‘This is my thing!’ When I get out, I feel like a million bucks.”

And, as I mentioned above, Cuoco also is obsessed with training her abs.

Us Mag also shares this:

Cuoco also hits the gym three times a week with a personal trainer. “Kaley is most concerned with abs, arms and butt. So we’ll typically do sets that would involve three to six different exercises or circuits,” reveals her personal trainer, George C. King. “A sample circuit might be 10 reps of close-grip pushups, 30 seconds of planks, 20 seconds of mountain climbers and 15 reps of squat jumps. We’ll do this straight through with no stops for three rounds. She’ll rest for two minutes and then complete the three rounds one more time.”

So we definitely see a lot of yoga, with some mix of bodyweight training, abs, and every once in a while a swap to SoulCycle!

Cuoco has mentioned being obsessed with yoga in many interviews, and also mentions doing it 5 days a week. I’m going to program you a routine that mimics the one mentioned that she does 3 days a week with a trainer, but that does not exclude the yoga and/or SoulCycle option of 5 days per week.

The first circuit is right from Cuoco’s trainer. You can choose to use this as your whole workout for the day, or instead of performing it three times, you can utilize the other sample circuits as well to switch it up a bit.

(As Prescribed by Cuoco’s Trainer)

Three Rounds for Time (don’t break in between rounds, though)

We have some yoga videos inside The Academy, and there is always YouTube, but the best yoga generally takes place in a group setting.

Get out there and follow along and utilize yoga upwards of 5 times a week like Cuoco, or switch it up and take some Spin classes or SoulCycle! 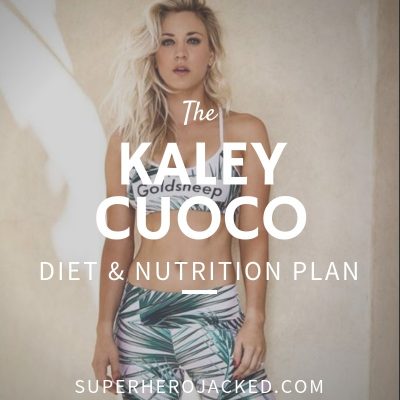 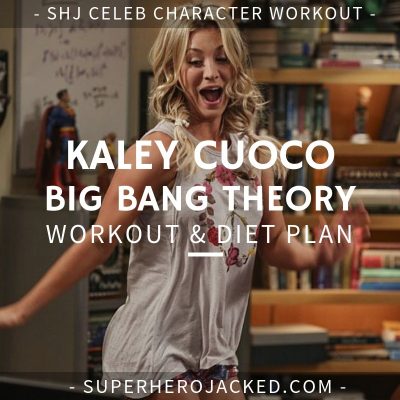 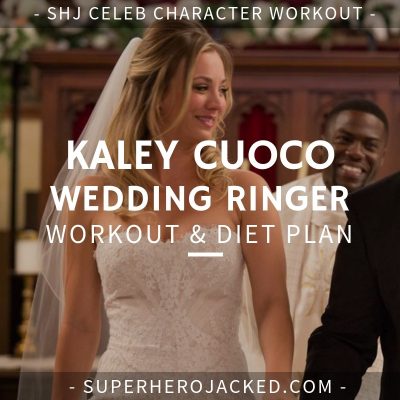