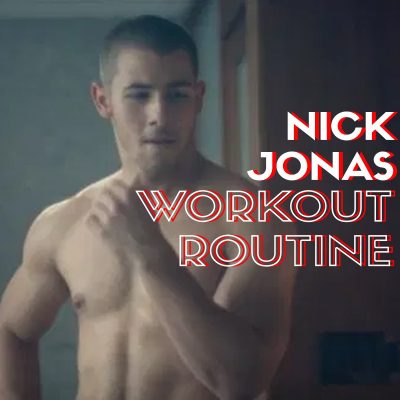 The Jonas Brothers are back?

Either way, Nick Jonas has been requested countless times now.

Not only is Nick a star of the pop band he shares with his brothers, The Jonas Brothers, but he’s also went on to play a mixed martial arts fighter in the series Kingdom; he had a decent role in Scream Queens; and even a surprise appearance in Jumanji.

Nick Jonas continues to keep himself in the limelight by doing more and more – and he has definitely been keeping up with his workout to show off a killer physique in the meantime.

Oh, and if you missed his Mark Wahlberg styled Calvin Klein photoshoot, I’ll share it below.

Nick Jonas is definitely one of the shortest men we’ve seen at SHJ.

His height is listed anywhere from 5’6-5’9 but I found 5’7 being the most prominent stat. 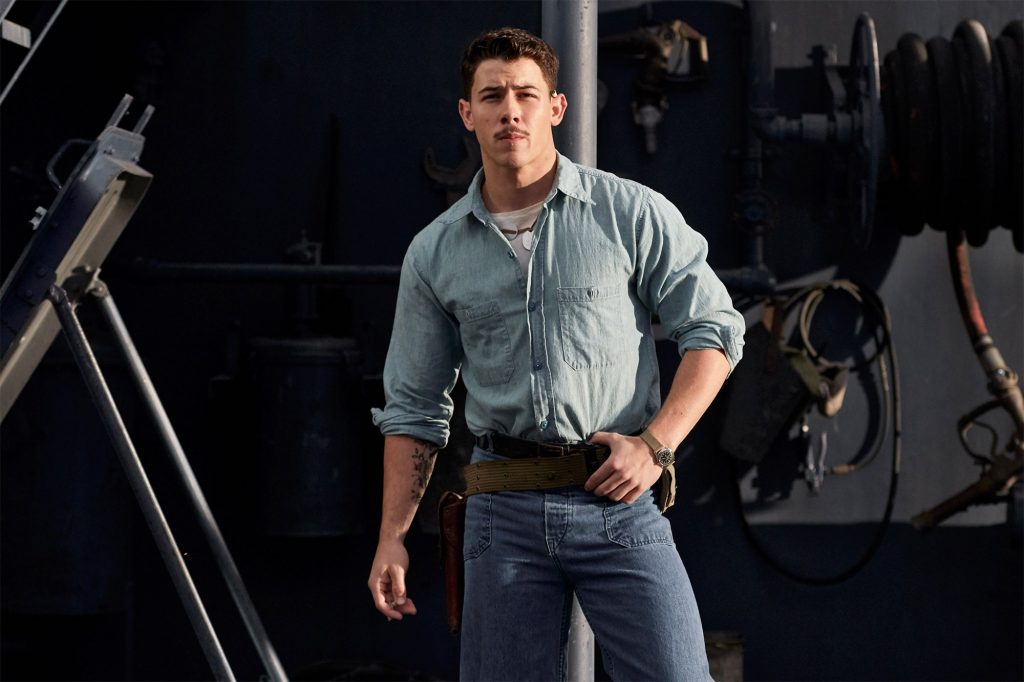 That’s the first thing you should know about his nutrition decisions.

When he was cast to play his role in Kingdom he put on 12-15 lbs of muscle in order to portray the mixed martial arts fighter he was starring as.

Refinery29 gives us some more details on how he did it:

He put on 12-15 pounds of muscle to prepare for the role, he told Details. To do so, Jonas upped his caloric intake, focusing on protein, with a meal plan that included: an omelet, vegetables, fruit, cashew cheese, and turkey for breakfast; followed by more lean protein and vegetables for lunch and dinner. Jonas notes that he had to be extra-considerate of his menu because has type-1 diabetes.

And GQ follows up on this with Nick in an interview about how he bulked up, and then toned down, which they title “How I Got My Body: Nick Jonas”.

Bulking up and then toning down (or cutting), is definitely something we’re familiar with, considering we have Superhero Programs literally built around the two.

The interview is actually extremely informative, so I will be sharing a ton of it throughout the rest of our research.

“I had about six weeks to put on 12 to 15 pounds of muscle before filming started on [DirecTV’s] Kingdom—my character is a fighter whose strong suits are wrestling and grappling. Diet had a lot to do with it. I went from consuming about 3,000 calories a day to 4,200! Paleta, a food-delivery service, sent me three meals a day and snacks. It was an incredible way to know that I was getting what I need to build muscle and not have to think about it. Breakfast was usually an omelet with veggies and cashew cheese, a turkey-meat patty, and some fruit; lunch and dinner would be lean protein, veggies, and nuts; snacks consisted of things like snap peas with peanut sauce.

“I don’t have the luxury of eating whatever I want whenever I want anyway, because of my type 1 diabetes, so I have been conscientious about food for a long time. I do have guilty pleasures, though. I wasn’t drinking at all while I was training for the show, but now that we’re done, I keep it classy with Coors Light.

Remember those Superhero Programs I told you about?  Yeah. They revolve around calorie counting and tracking macros exactly how Nick Jonas is doing here.

The interview changed a bit towards the end to touch on Nick Jonas’ cut or “toning down” as they call it, and he said this:

“I got pretty Hulk-ish. Now that I’m on tour for my album, I’ve leaned out about 10 pounds from what I’d gained. It’s been fun to change my physicality. My meal plan came down to about 2,500 calories, and the portions got really small.

So more calorie counting from Nick.  But it is important to realize throughout his tracking he is also being aware of his intake because of his diabetes.

Nick is an advocate in the diabetes community and also a co-founder of Beyond Type 1 which is a charity that helps people living with the disease.

In Men’s Journal they talk to a doctor about some of the foods Nick Jonas could and could not eat with his condition:

The tests that doctor Visnic suggested Jonas take resulted in suggesting a plant based diet for Jonas may be best; Men’s Journal tells us.

They also include a sample meal plan from Visnic, which I will include in the PDF Download with his workout routine. 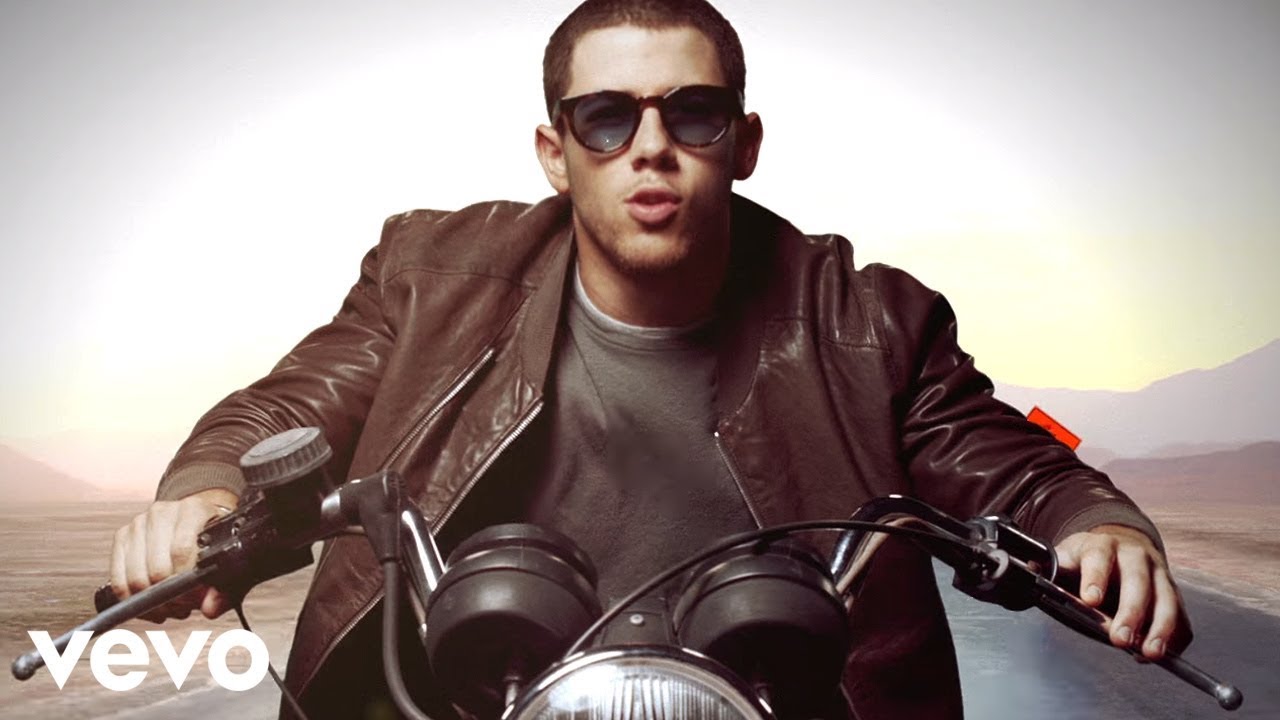 Now it’s time to find out how, with the help from his bulk-up nutrition, Jonas tacked on the muscle in his workouts.

We’ll jump back to his interview with GQ for a bit.

Nick Jonas tells us this about his workout when he was bulking up:

“If I’ve had an indulgent night, I try to make up for it as soon as possible the next day. First thing I do if I’m in Los Angeles is go to Voda Spa and sit in the steam room, sauna, all of it—try to sweat out as much as I can. Then I’ll go work it out. I have a trainer in West Hollywood, Gregg Miele at Heart and Hustle gym. When I was getting in shape for the show, I was doing three sessions a day: one fight-training with Kingdom‘s coach, Joe “Daddy” Stephenson, and two strength-building with Gregg. Each workout focused on a different region of the body—upper body, core, or legs—and we’d do a circuit of six different moves for one area. Lifting a lot of weights, really trying to break the muscles down.

He then continues to tell us how his workout changed up once he started leaning out and toning up a bit, which seems to be most similar to what he continues to do on a regular basis:

I exercise only three or four times a week. I’ve been working on stretching and lengthening my muscles with hot yoga—my girlfriend introduced me to Modo Yoga on La Brea—and I’m trying to incorporate more cardio. But I hate going to the gym. I think everybody hates cardio to some degree. I’m not the kind of person who wakes up in the morning and can’t wait to work out. I kind of dread it, actually. I see it as a necessary evil.”

It’s important to remember that his Kingdom training was extremely intense due to the fact that he was on a time crunch to bulk up.

For that reason I won’t be creating you a plan that will consist of three training sessions a day like Jonas did for six weeks, I will be building you a routine that is based around how Nick Jonas stays in shape year round.

Jonas calls the gym a “necessary evil” when regarding cardio, so we’ll program a bit, but also recommend some other activities that can be done – including mixed martial arts programming from Coach Derek in our Academy.

But, before we get started, it’s important to look at another source.

People.com had a talk with Jay Glazer who was training Nick Jonas back in 2017 for one of his other bulks.

Glazer says he was, again, working out a lot more than usual.  Glazer states:

“His workout is bodybuilder-based, so we’ll take one or two body parts and crush those per day instead of doing total body,” Unbreakable’s founder Jay Glazer tells PEOPLE. “He works out his arms, his shoulders, his chest, his abs and his legs.”

He also finishes off by saying:

“For people who want to bulk, the performance program is slower with heavier weights, and then we’ll box them like crazy to shred them up,” says Glazer.

So boxing and is definitely still on the menu.

I will be giving some additive options to really step up to the routine for more intensity.

Jonas says he works out 3-4 days a week, which seems like he means in the gym, because he continues to say he’s been also trying to get in Hot Yoga with his girlfriend and cardio as additional training methods – so we’ll be programming 3 days of weight training, some optional cardio (as Jonas says he does it, but he doesn’t enjoy it) and MMA and Hot Yoga!

We know when Jonas has bulked up or stepped it up a notch in the gym he has taken his workout to different levels.  For that reason I will be programming you an extra schedule that turns this routine into a 6 day lifting schedule with added movements and extra abs on top.  That will come directly after the main workout, but will revolve around using the 3 day routine, just amplified.

Some sources say that Nick Jonas continues to utilize boxing and other forms of mixed martial arts in his training.  This would make sense if he’s looking to get in extra forms of cardio without having to hit the gym (as he states it’s a necessary evil in his eyes).

For that reason I’ll share some of the workouts that Coach Derek has programmed for us below.

BUT, first I want to remind you that Nick Jonas has also stated he’s been doing Hot Yoga.  We have yoga videos and text guides within our Academy, but there’s also tons of different options on YouTube if you can’t make it to a local gym.

Other options of cardio to make up for it if you can’t get either of the above in, are varied as programmed in the routine, which you can do for 45-60 minutes instead of the 15-30 we have ON TOP of the workout; or even some other forms of HIIT training.  And, of course there’s also the great outdoors.  Go for a hike, track some walking, play some sports.  Get active.

Here’s what your schedule will look like if you decide to turn this into a six day routine:

Thursday: Off or Cardio

Monday: Off or Cardio

Friday: Off or Cardio

I think you get the hint.

These are also additional movements you can add to each day to step it up even more.  Glazer says there’s been some days they would train until Jonas could not lift his arms!