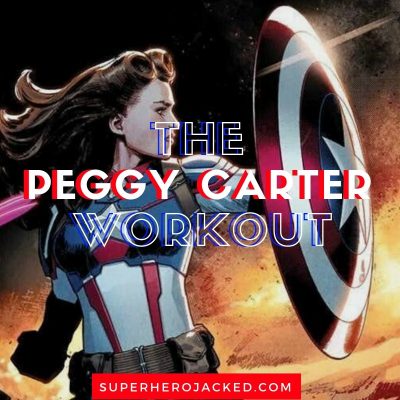 I almost forgot about our new “What If” series.

Which brings us to this awesomeness.

We’ve been making our way through some Marvel characters that are coming to Disney+ and Peggy Carter is set to start in the first episode showing is what would happen if SHE had taken the Super Soldier Serum!

We recently saw Winter Soldier, Falcon, Scarlet Witch, and Ms. Marvel; and last week we had Kate Bishop and Vision joining the list.

So we’re actually wrapping things up with Loki and Peggy this week!

Thankfully we had already had both She Hulk and Moon Knight at SHJ! 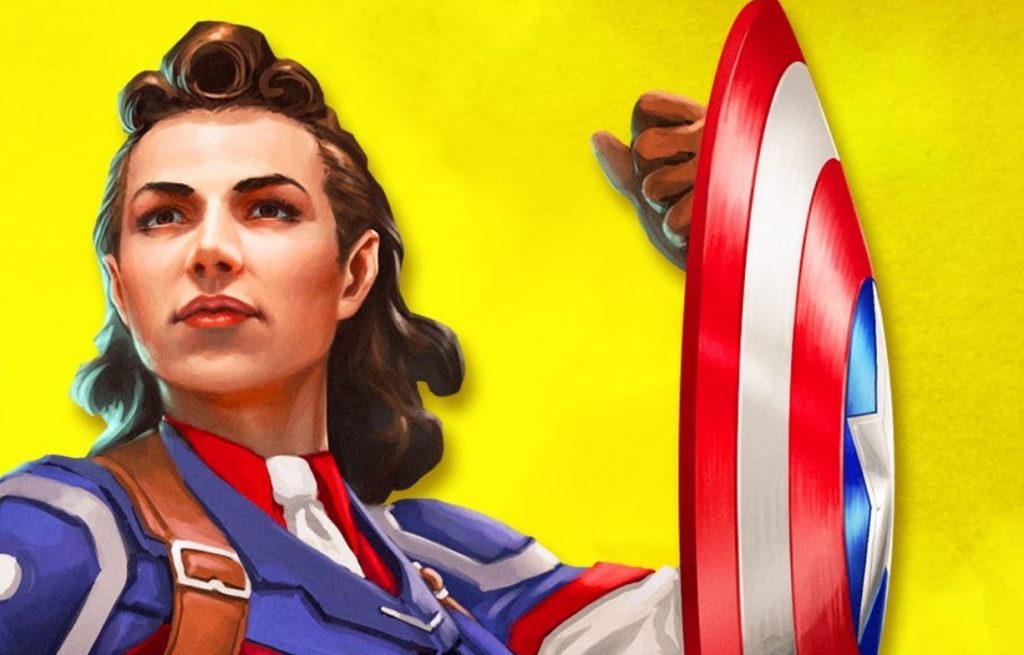 This is where I get to break down the “how” and “why” of the workout we’re going to build based on the characters, in this case Carter’s, powers and/or abilities.

So we actually have a bit to talk about here beforehand, though.

I want to take a look at Peggy Carter’s bio to start, and then begin talking about the “What If” concept behind it.

Right from Marvel’s site they tell us:

Peggy Carter began her career fighting alongside French Resistance during World War II. Following her stint in Europe, she teamed up with Captain America as an Avengers auxiliary before becoming one of S.H.I.E.L.D.’s most decorated agents.

And they list her abilities as hand to hand combat and espionage.

But if you can see in the above picture, that’s actually what was shown at the D23 Expo as the first look at Peggy Carter’s Captain Britain!

So for this “What If” episode it will feature Carter as if she was the one that took the Super Soldier Serum instead of Cap.

Which means for this version of Peggy Carter we’re actually looking at Captain America’s heightened abilities!

Those abilities and powers we’ll be working with are described as follows:

he is transformed and his strength, endurance, agility, speed, reflexes, durability, and healing are at the zenith of natural human potential.

And the bold is to show you precisely what we’ll be looking to heighten within this workout routine.

So we get a female version of Captain America’s workout!

You think you guys can handle it?

Peggy Carter “What If” Workout Routine 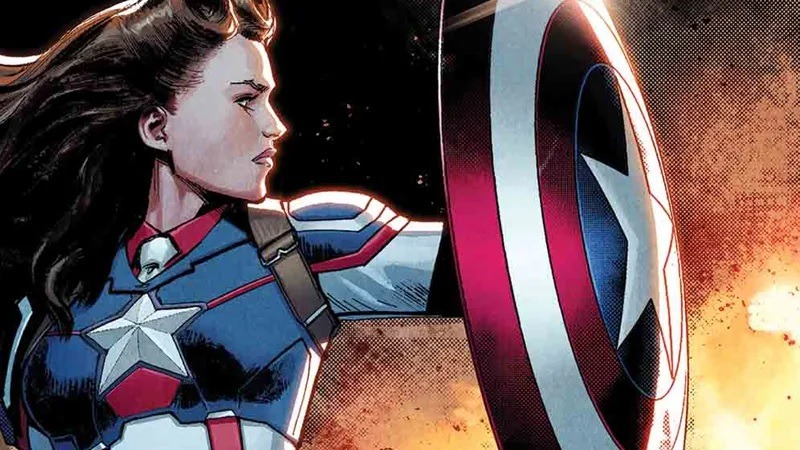 We’re working with Captain Britain here. Six days a week might seem like high volume, but it’s not when you have Super Soldier Serum and you need to work your butt off to achieve all those heightened powers we just listed (yeah, I know if you DID have it, you wouldn’t have to work your butt off, but you don’t, so here we are).

5 Round Superset (break between rounds, not exercises):

30 Minutes of High Intensity Interval Training on Treadmill as follows:

Alright here’s where you better get your running shoes.

Our Captains are also military men and women so you’re going to be running.

For those of you who don’t know The Murph Workout…you’re about to.

It’s what our Soldier DLC Challenge is based around inside our Academy, and it’s brutal! 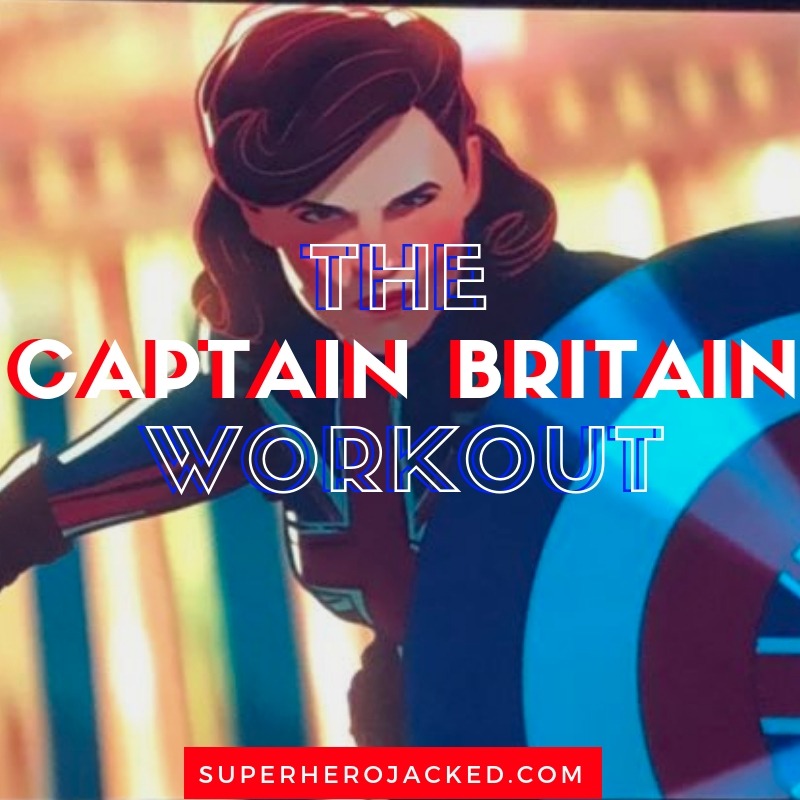 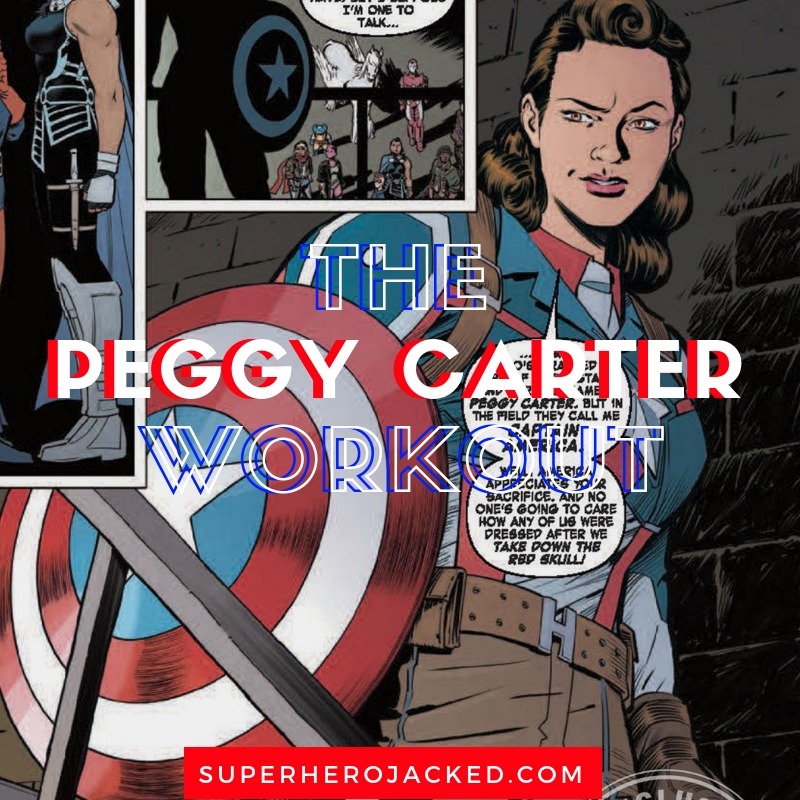 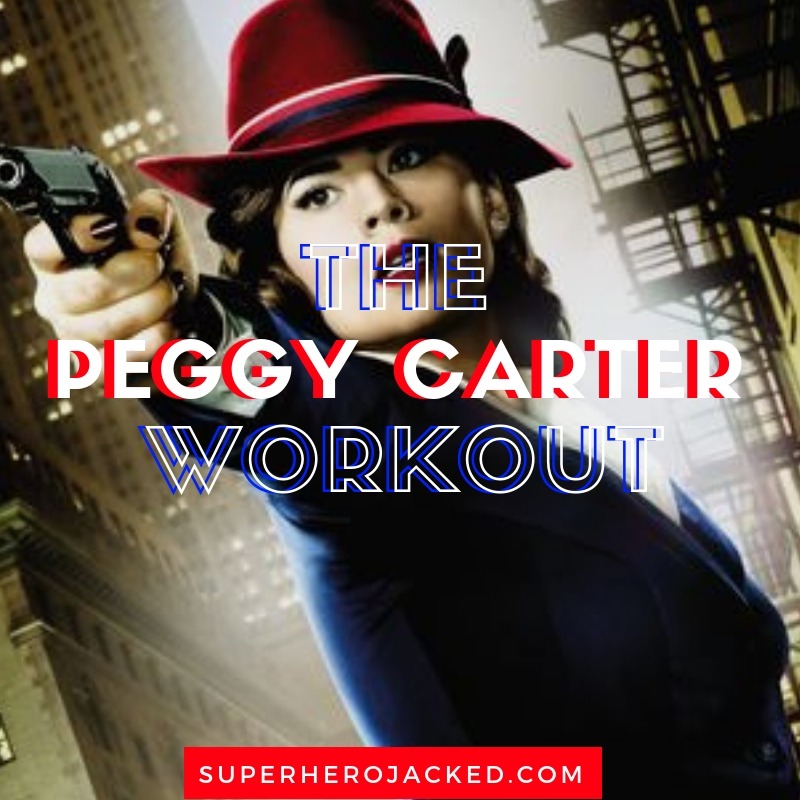 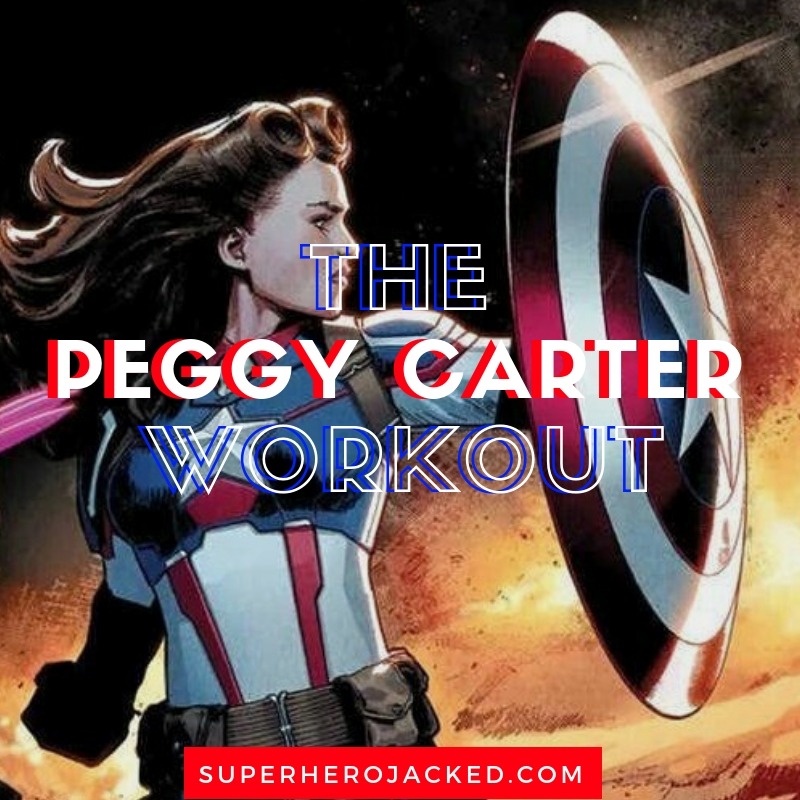