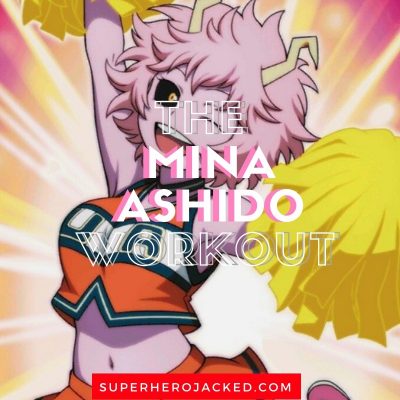 We’re back for more My Hero Academia themed workout routines!

Apparently you guys love them that much.

We saw Deku, Asui, Shoto Todoroki, and Ochako Uraraka (having previously seen All Might), and then I jumped over to some Demon Slayer characters.

BUT, you guys came right back at me with two more “must have” My Hero Academia characters: Katsuki Bakugo and Mina Ashido.

Considering you guys are enjoying the anime themed workouts so much, I figure I’ll just keep them coming (having also seen JoJo and Dio from JoJo’s Bizarre Adventure last week as well).

Mina Ashido is just shorter than what we’d consider average height among women at SHJ.

And by women I mean celeb females! 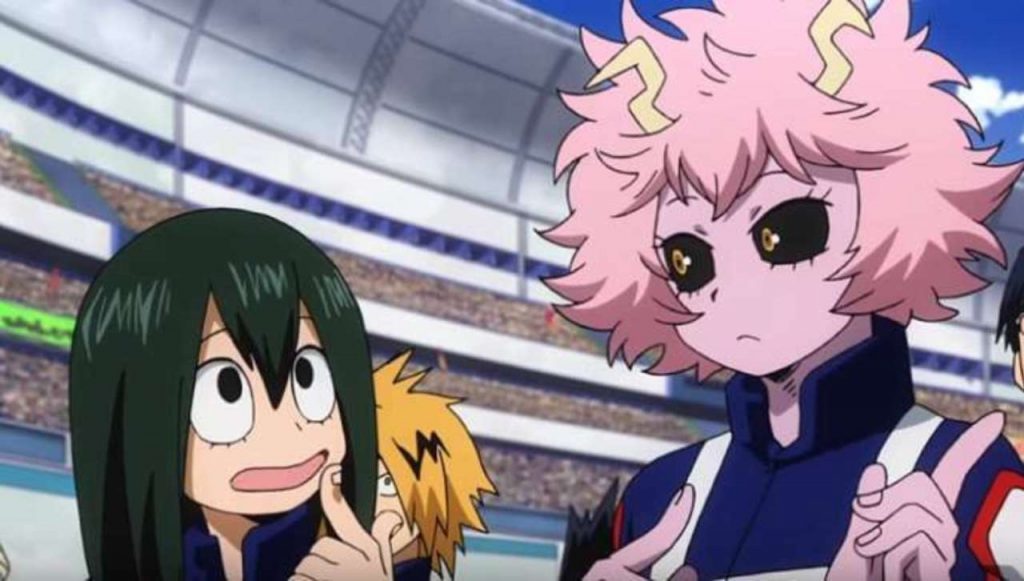 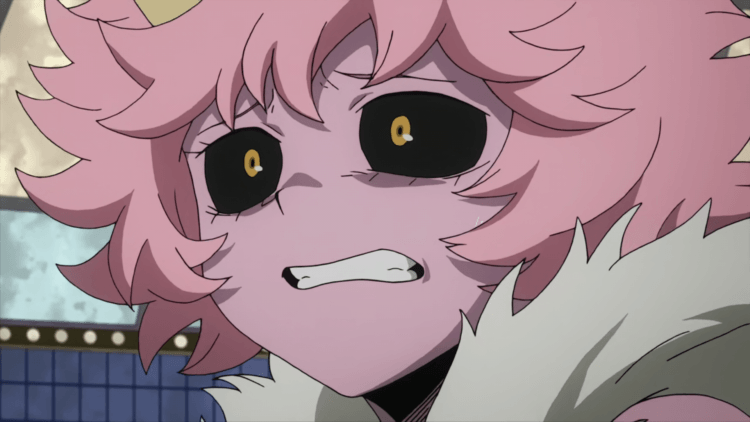 This is where I get to break down the “how” and “why” of the workout we’re going to build based on the characters, in this case Mina Ashido’s, powers and/or abilities.

Here’s what her Wiki Fandom has to tell us about her overall abilities and her dancing abilities:

Overall Abilities: While the extent of Mina’s abilities have yet to be shown, she was capable of earning 9th place in the Quirk Apprehension Test. Despite having minimal combat abilities, Mina makes up for it with her Quirk proficiency and incredible reaction time. Out of all of Class 1-A’s female students, and most of the overall students in the said class, Mina has the best reflexes. She is capable of easily dodging Yuga Aoyama’s energy attacks, and and later on, melt several balls launched toward her at high speed with precise flicks. Mina also has a good handle on the applications of her Quirk, using the acid she creates to provide cover fire for her allies, and employing it in a variety of ways. She showcased her improvement during the Joint Training Battle, effectively switching between different acid-based techniques, while executing unorthodox, yet impeccable teamwork with Minoru Mineta.

Dancing Talent: Mina is extremely skilled at dancing, being capable of pulling breakdance moves with little effort. She can also teach an amateur into becoming a decent dancer in little time.

But her actual Quirk is:

Acid: Mina’s Quirk allows her to shoot out a corrosive liquid from within her body and can control the degree of solubility, as well as its viscosity. She can use it offensively but has shown utility as well such as melting handholds for herself to climb with. She is also known to secrete the acid from her feet in order to slide around. Mina has a limit of how long she can produce acid until her skin gradually loses its natural resistance to corrosion.

Which is something we can’t specifically build around.

BUT, we’ll be working around her overall abilities instead.

She doesn’t have much combat abilities, which is fine because we’ve had our fair share of MMA based heroes/character, but she DOES have incredible reflexes and reaction time to pair with her high speed dodges and attacks.

So we’re going to be looking to train in agility and endurance in order to be light on our feet and jump into the Mina Ashido role!

Think you can handle that?

We’re going to be training endurance two days a week and then calisthenics, speed and interval training on the other three days.

I’m creating this section instead of just leaving you with your 3-5 miles in the schedule because I want to share the importance of working your way up.

It is completely fine to start small and build your way up and/or start by walking or walk/running, or any other variation you may prefer.

We’ve seen some of the celebs on the site take some workout styled dance classes.

If you can hop in one of those classes, or take some other fun classes like Pilates, Spin, yoga, etc; those will work well with this simplistic style of training as well! 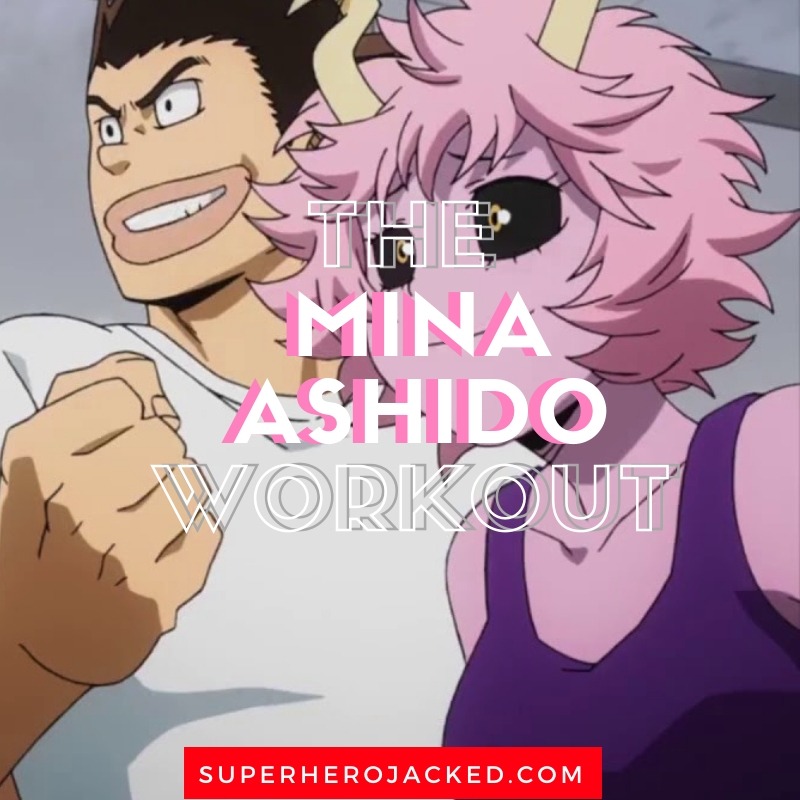 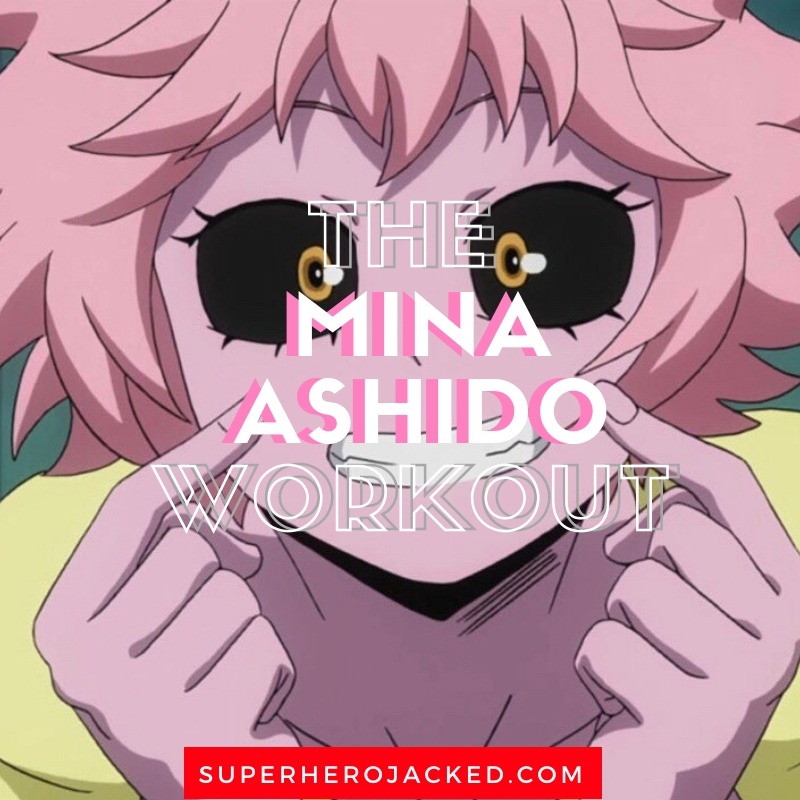