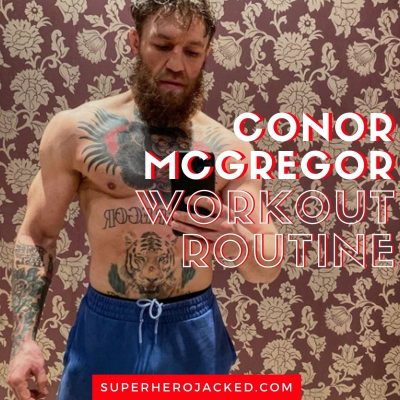 We usually try to stay clear of fighters on SHJ due to their routines being extremely diverse and hard to try to replicate in just one article.

But enough people want to know more about Conor McGregor’s workout and diet that we have to make an exception.

McGregor is an Irish professional mixed martial artist and boxer. He is a former Ultimate Fighting Championship (UFC) featherweight and lightweight champion.

Which means that this training regime is INTENSE, and both his diet and training are extremely diverse and ever-changing.

For that reason we’re going to do our best to switch up the training by sharing as many resources as we possibly can for you.

McGregor is actually in the shortest range of men we’ve seen at SHJ.

Although he is technically at the tallest spot among that range. 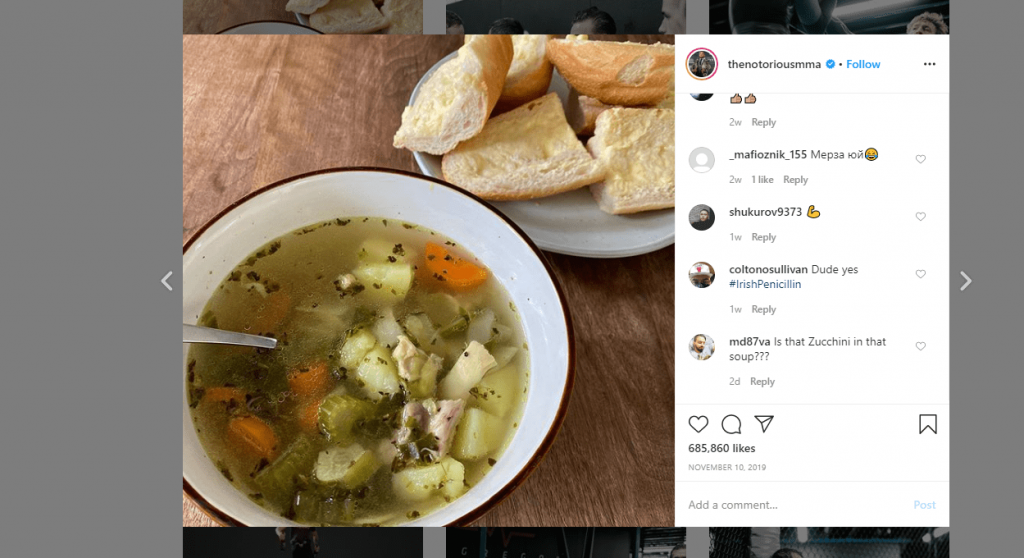 Being that everyone wants to know what Conor McGregor’s workout is like and what he eats, and essentially everything about him; it’s only natural that there’s a decent amount of information for us to utilize.

To start us off, Business Insider shares some information about Conor’s typical breakfast, lunch and dinner.

A typical breakfast for McGregor involves eggs, and his coffee of choice is an Americano, which is a shot of espresso diluted with hot water. “I eat eggs — an omelet with my Americano for a late breakfast or brunch,” he reportedly told AskMen in 2016.

The rest of the day is made up of him eating on fancy boats, private jets, and other places if you’re interested in checking it out, but the rest of the meals vary depending on whether or not he is prepping for a fight.

“Getting enough protein is important when I train, to help build muscle and recover, so I’ll supplement with protein shakes,”

We recently updated our Top Five Protein Supplements for you guys, if you’re interested in also supplementing some extra protein into your diet.

In an interview with Men’s Health McGregor also states:

“I have a sweet tooth — that would be where I’d put on some weight out of fighting, if somebody brings in a pack of cakes and coffee.”

Man of Many also has a ton of great information straight from McGregor’s diet coach.

Conor McGregor diet coach Georges Lockhart knows that no two UFC fighters train or fight the same way, which is why he takes an individual approach to any given client. To quote Lockhart directly: “What works for one person may not be optimal for another.”

Nevertheless, Lockhart does abide by some core principles. One is consistency, which we mentioned above. Another is that certain types of foods should be consumed in direct correlation to when the fighter is either training or competing. When there’s a fight that night, for example, Lockhart takes the following approach:

Being that Conor McGregor is all too happy to share…well…everything about himself, we thought it might be nice to do the same with you. Here are some specific meals and snacks that McGregor has eaten in the past: 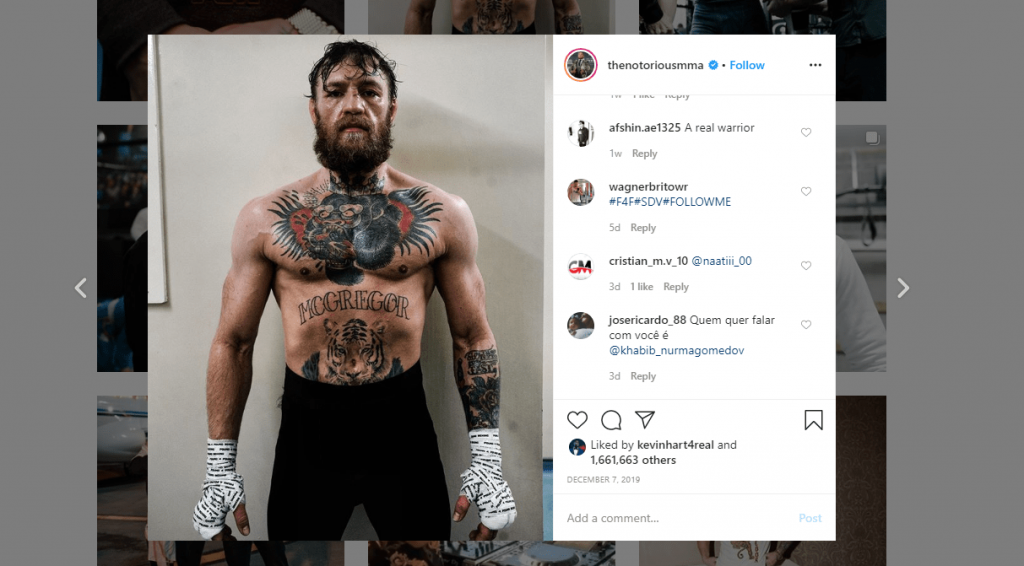 This is especially true when prepping for specific fights.

That being said, there are some specific ways we can train LIKE him, and also a ton of things we can learn from him as well.

To get us started, here are five tips McGregor shares with Men’s Health:

The “variety is key” portion of this really rings home to me lately.

After publishing my book “Superhuman Secrets: The Secrets To Unleashing Your Inner Superhuman” and our release of our SHJ Legacy Program, I know this to be more true than I’ve ever felt.

More celebrities and athletes are training with an extremely diversified routine than ever before.

And, if they’re not changing daily, then they’re switching up their programming on a consistent basis that adapts to their goals and lifestyle changes.

Also within that Men’s Health article they share some good calisthenics movements that we’ll use to build McGregor’s routine.

On top of that we’ll be building this routine with other sources like:

Other than that we also know that McGregor is an advocate of the Fighter Anaerobic System of Training (F.A.S.T), which includes both high-intensity aerobic training and perpetual endurance exercises. According to a recent interview, McGregor revises the timings of each endurance phase to coincide with the type of fight he’s training for.

Please do note that I am building you this routine based around what we know from McGregor’s interviews, but that does not mean it can come anywhere near the type of training he puts himself through with the help of his coaches and team.  His training changes A LOT, and he likely does a different routine daily, paired with all sorts of training we could not even begin to replicate.  This is a great starting point for wanting to train LIKE McGregor.

As I mentioned above, McGregor’s workout is extremely diverse and ever-changing. That being said, I will be building this routine with resources from all over Superhero Jacked to make it as diverse as we can. Keep in mind McGregor’s training is EXTREMELY high volume, and he admits himself to over-training (which takes a lot when you’re an athlete as his level), so we’re not going to want to come anywhere near that amount of volume while beginning to train like him.

Perform each of the following exercises for one minute.

Hold each of the following stretches for 30 seconds.

For calisthenics we’re going to be utilizing a ton of different resources.

Thankfully I have put together a main source when everyone was stuck at home with no gym access, so we’ll start with that, but we also have other athletes training regimes (including Tyson) that we can throw in and utilize as well.

Here are some calisthenics workouts to utilize:

For McGregor’s Core Training we’re going to diversify it by swapping it each day.

Here are three routines to swap in and out of:

We’re going to treat “endurance training” and “cardio training” differently for the schedule above.

For Cardio Training we’ll be utilizing a jump rope circuit.

For endurance training we’ll be running.

Last, but certainly not least, we have mixed martial arts resources for you.

These will not live up to Conor McGregor’s martial arts training, of course, but it is a good starting point and addition into this programming. 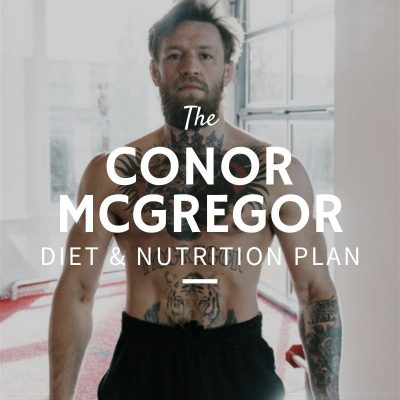