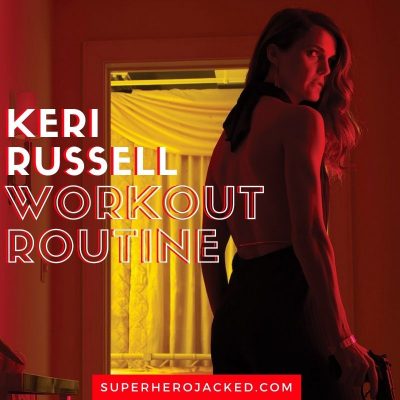 Keri Russell is a total babe.

You may know her as Felicity, but she’s also absolutely incredible in her starring role for hit TV show The Americans on FX.

Of course she’s also been in roles like The Waitress, Dawn of the Planet of the Apes, and soon to be Star Wars: The Rise of Skywalker!

The amazing part is she somehow kept her killer, jaw dropping physique throughout the entirety of her career, looking just as amazing as she did when she was starring as Felicity nearly 20 years ago.

Keri Russell just makes it to the average height among celeb women we’ve seen at SHJ.

Can you believe she’s over 40 years old, though? 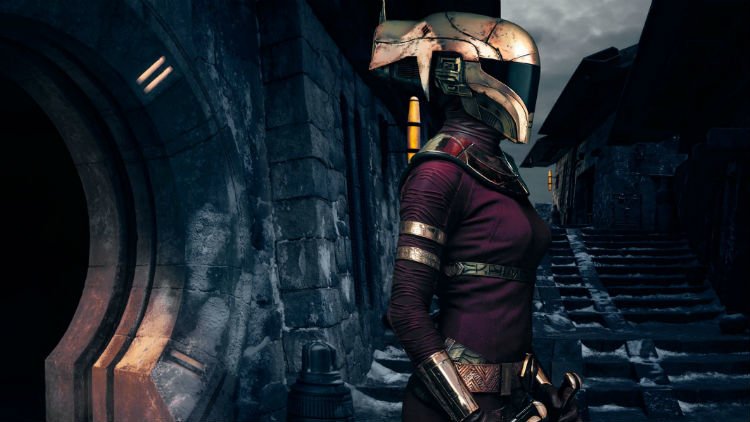 And for that reason there’s a ton of awesome information out there about her diet and workout routine!

We’ll obviously be starting with her diet, like we do with all our celebs; and this is one I really like!

In an interview with Daily Mail she tells us a lot about this.

In regards to moving more that eventually leads to more of her nutritional “restrictions”, she states:

In which she expands upon by saying:

“You get to eat a big rich fatty meal but then you can walk home,’ the Felicity star said.” 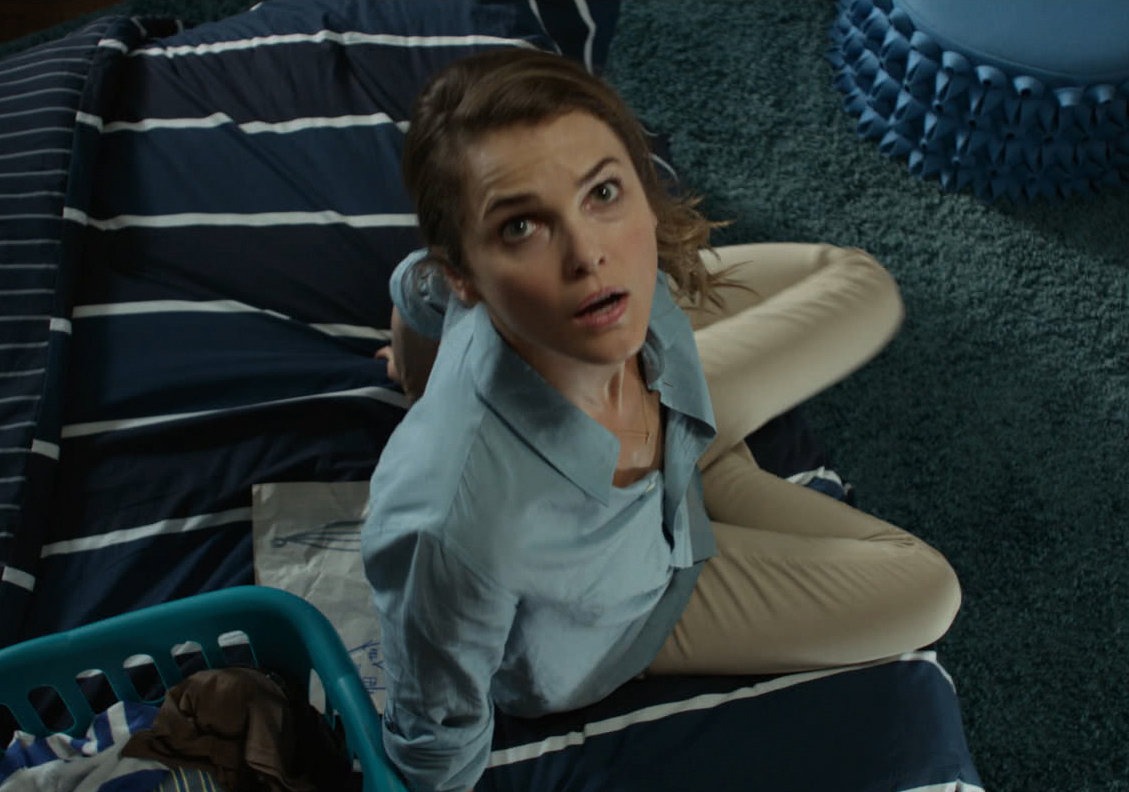 She loves to dance, and she also takes advantage of living in Brooklyn and being able to walk and bike from place to place.

For this one we’ll be talking about to different styles of “training”.

Russell has the Krav Maga, and mixed martial arts styled training that she went through for The Americans, and she also has her everyday life that she is active and training for as well.

Sticking to our article from Daily Mail that we used for her nutrition, they share:

‘I do a workout video and use my own music – whatever is inspiring to me at that time, like Alabama Shakes, the Cure, or Mumford and Sons.’

Though fitness comes easily to Keri, the seemingly perfectly fit actress does admit to one thing aging has done to her body.

We also know from the quotes from her dietary section, and what I’ve restated here, that she likes to earn her indulgences by walking and being more active.

So for her everyday regime we’ll be looking at dancing, walking, and workout videos!

But Russell has also trained in self defense and worked with a trainer for being the badass Elizabeth Jennings in The Americans.

In order to play a fierce, fearless KGB agent on her hit FX series The Americans, actress Keri Russell trained with Avital Zeisler, a self-defense and hand-to-hand combat expert who consults for private security companies.

And in another article they even share four movements that Avital Zeisler recommends for us.

I will share those in the below workout routine we program based on all our findings here.

In an interview with E! News they get a pretty awesome rundown from Zeisler with some more specifics:

“[Our workouts were all] based on real survival and hand-to-hand combat tactics that I would cover with any client,” Zeisler revealed. “It is important that my students learn correct technique and concepts that are effective. I wanted her to come across authentic and showcase the combative training background that her character portrays in the show.​

“I developed her combative fundamentals, like her survival stance and striking technique, which I then incorporated into full body conditioning drills that would help ingrain the self-defense concepts so that they would appear second nature in her fight scenes,” Zeisler added.

She finishes off the interview by stating:

“We worked on a continuous flow of combatives—also known as strikes and kicks,” Zeisler explained. “We would go through different combinations in a continuous manner so that every combative would blend into the next one. This is a challenging drill, especially as you fight for the proper technique as you increase your performance speed. ​Doing this is a great form of cardio and it’s amazing to literally watch yourself transform into a weapon of combatives.”

Which definitely goes to show why Russell was so prepared for her role!

What we know is “Russell trained with Zeisler three days a week, a few hours per session for a month to prep for her role, and the workouts were no joke.”  So I’ll be giving you some workouts to utilize for self defense training from our Academy’s mixed martial arts coach, and from Zeisler herself, and then I’ll also be giving you another rundown on Russell’s everyday regime as well.

As stated above, Russell used this training a few hours a session, three days a week, for about a month.  Below I’ll be giving you some programs from Coach Derek, and also some movements from Russell’s trainer, Zeisler!

Feel free to kick some butt with these mixed martial arts programs, or skip ahead to what Russell utilizes as her everyday regime.

Zeisler shares these movements with Shape.com:

A. Start in fighting stance.
B. Squat down and place both hands on the floor.
C. Shoot legs out to a plank position.
D. Return to fighting stance with arms up. Perform 2 straight strikes.
Sets: 1
Reps: 12

A. Start in fighting stance with left foot in front.
B. Kick left leg, imagining driving ball of foot into the groin of a male attacker as you kick up above hips.
C. Do 1 jumping jack and land in the opposite fight stance with right foot in front. Kick again, this time with right leg. Continue, alternating legs.
Sets: 1
Reps: 15

A. Come to hands and knees with chest up.
B. Drive left heel diagonally across body. Return to starting position.
Sets: 1
Reps: 15 per side

A. Start in a plank position. Hold for 5 seconds.
B. Swing right elbow up toward ceiling, twisting body. Return to starting position and repeat with left arm. Continue, alternating arms.
Sets: 1
Reps: 15 per side

In Russell’s everyday life she opts for a few things that make her more active.

She also talks about not overindulging on foods, and earning your calories.

She utilizes Brooklyn to get more steps in and go for long walks, so I suggest tracking 10,000 steps a day like we’ve seen with Ariana Grande!

She also chooses workout videos to get a quick workout in from time to time.

That, and she also LOVES dancing, and thinks everyone should dance and walk more. 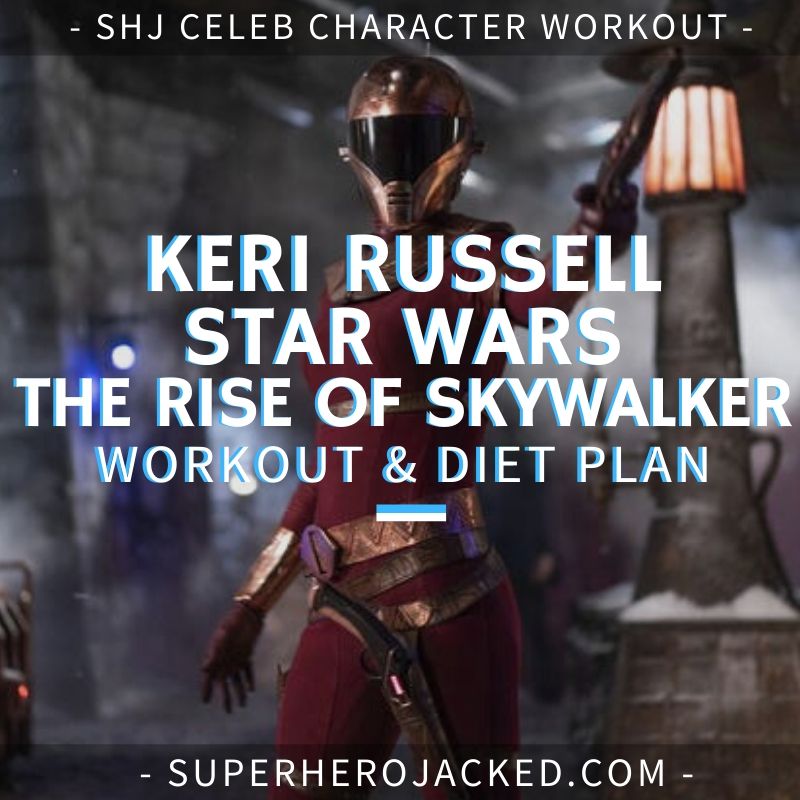 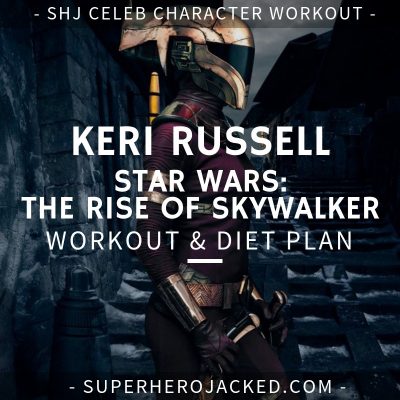 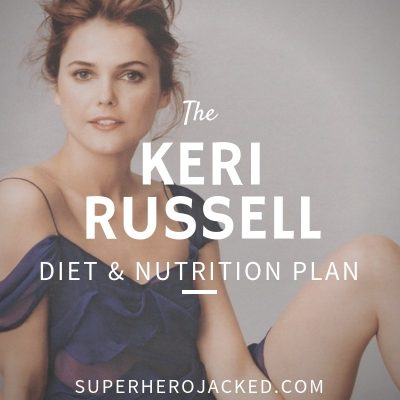 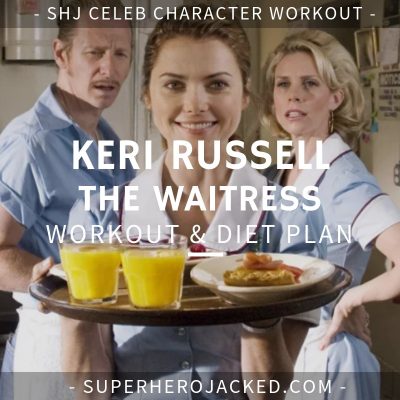 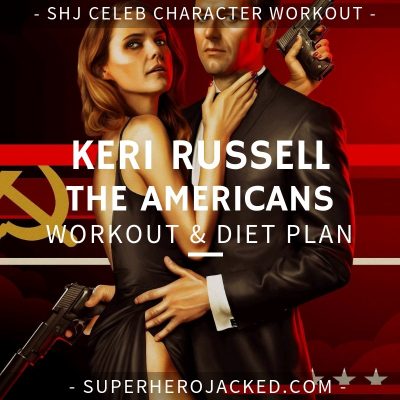 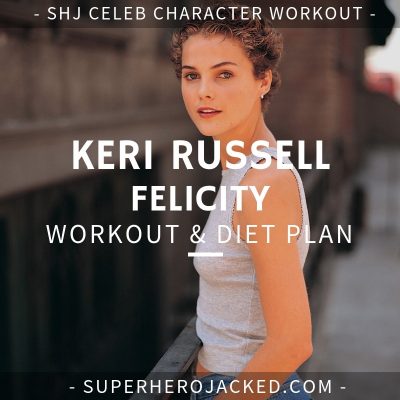