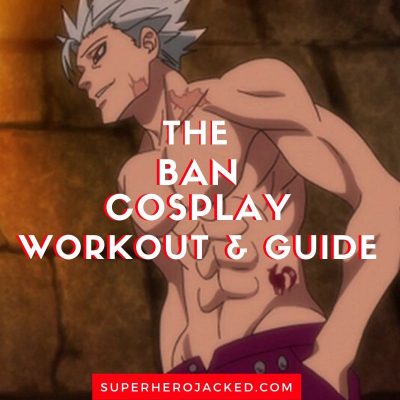 I already posted up a Meliodas Workout to kick us off with Seven Deadly Sins, and now we’re immediately jumping back in for a Ban Workout routine, which has been requested quite a bit!

Last week we had some new My Hero Academia Workout Routines and you guys enjoyed them so much [after having not seen any anime characters for a short time], that I decided to keep it going.

Ban, being as tall, slender and lean as he is, is a perfect character to continue our calisthenics and bodyweight training theme that we have going, and his workout (this one), will be a great addition to the list of routines that are added to our Ultimate Calisthenics Workout and Guide.

Which leaves him with his lean and shredded physique. 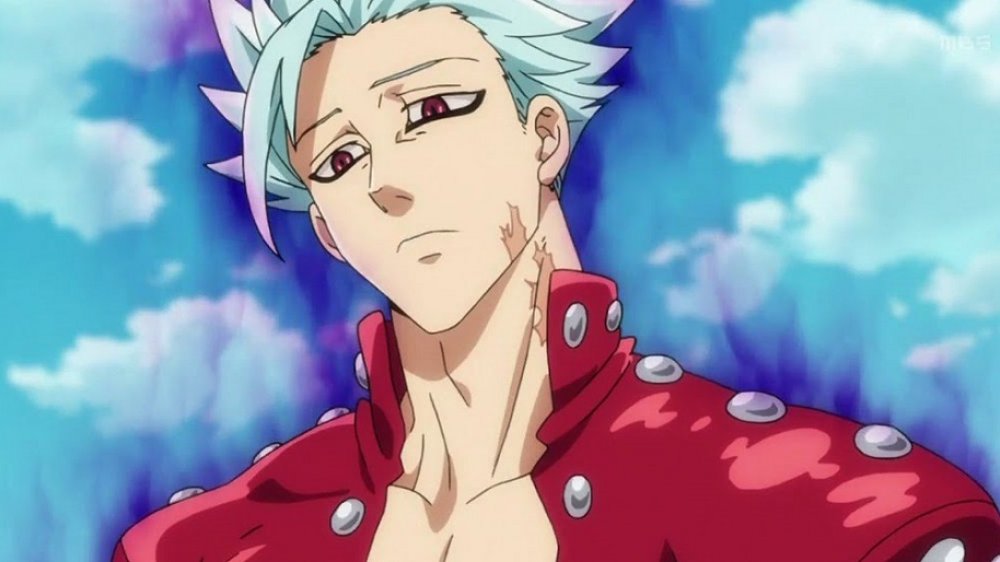 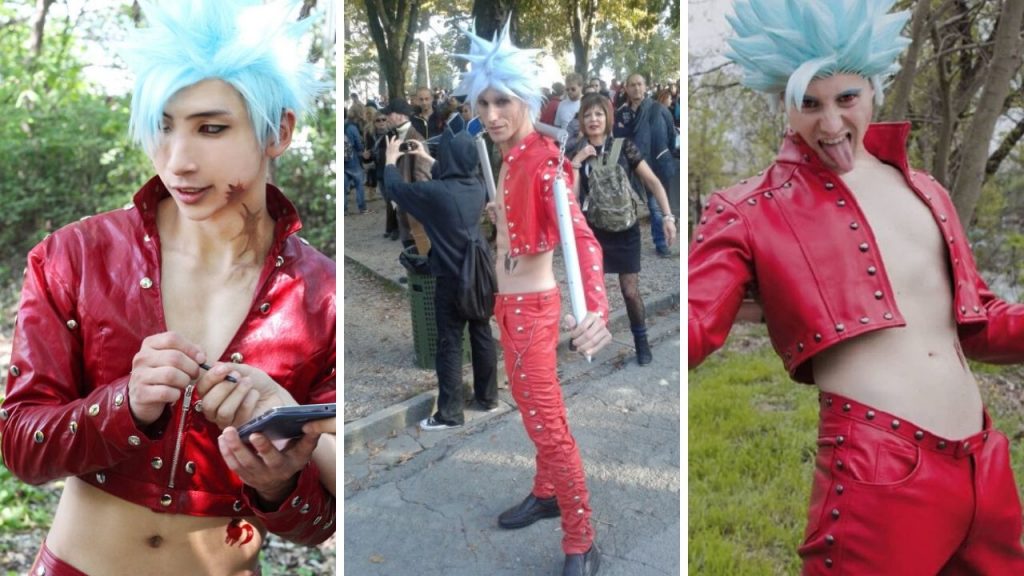 As you can tell from the picture above (and throughout the article as well), Ban cosplay has a few different options.

Along with this killer workout I’m going to build for you to turn you into Ban, these are our favorite options for his outfit. 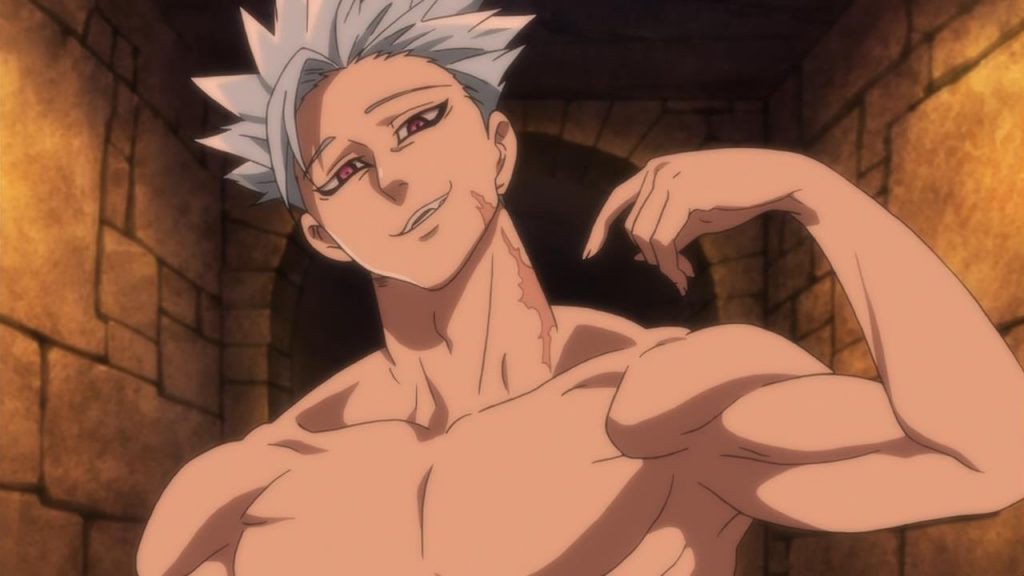 So let’s start at Seven Deadly Sins Wiki Fandom and learn a little bit about Ban.

Here’s what they tell us to get started with a brief bio:

Ban is the Fox’s Sin of Greed of the Seven Deadly Sins, as well as a former Bandit. After the group’s disbandment, Ban was initially imprisoned in the Baste Dungeon, but escaped when he discovered that Meliodas was still alive. His Sacred Treasure is the Holy Rod Courechouse. On top of once being immortal after giving it up to bring Elaine back to life, he is known for his ability, Snatch.

His Wiki Fandom actually has a ton of information, but I’ll pull about 50+% of it for you guys so we get the general idea of what we’re going for (if the images are not enough):

Ban is a very tall, muscular man with tan skin, who possesses a set of well-developed abdominal muscles and usually has a slouch. He has short, spiky, pale blue hair and thin black eyebrows, and scarlet-red eyes. On the left side of his jaw and extending down to his neck, he has a large scar given to him by Meliodas.

At the end of the Baste Dungeon Arc, he is shown wearing a red leather jacket and pants with metal studs sewn into both alongside shoes of a similar, yet darker color.

Ten years ago, Ban wore a full set of red armor with a helmet like the rest of his teammates and wielded either a three-sectioned staff or a rapier. During his imprisonment at the Baste Dungeon, his hair had grown past his shoulders, and he had also grown a large beard and mustache. However, soon after escaping his cell, he utilized Jericho’s attacks to trim away his facial hair and to reduce his long hairstyle.

Due to losing his shirt during his fight against King in the Capital of the Dead Arc, Ban decided to wear an apron until he was able to find a similar set of clothes during the Vaizel Fight Festival. His Seven Deadly Sins symbol of the Fox is located above his waist on his left side. His wanted poster image, which is slightly accurate, depicts him with long hair that extends past his shoulders. The image also displays a clear view of his distinctive scar.

His Fandom actually goes into a lot more detail, not only for his appearance, but also his background.

So if you’re looking to fully embody his character with your cosplay, you should definitely head over and check out all the details.

But, I also apologize in advance for how long the section for his abilities are going to be.

While we will be basing our training primarily on his physique, it is fun to add in information about his abilities and skill level.

Here’s what they (his Wiki) tell us about his abilities and powers:

As a member of the Seven Deadly Sins, Ban is very powerful. His speed and strength greatly surpass that of an ordinary human, and his specialty is using his speed in conjunction with his ability, Snatch, in order to rip out opponents’ organs, preferably their hearts. His most amazing ability, however, is his immortality. Thanks to drinking from the Fountain of Youth, all of Ban’s wounds heal almost instantaneously no matter how severe. He also does not age, does not need to eat or drink, and is immune to all poisons. His immortality allows him to fight with a much more reckless style than most are willing. Ban’s blood has healing qualities because it was fused with the Fountain of Youth, being able to heal others’ wounds and regenerate the Fairy King’s Forest completely. However, Ban lost this ability after using the power of the Fountain of Youth to revive Elaine.

Due to his time subjected to the harsh conditions of Purgatory, Ban’s endurance and durability have drastically increased. His physique has evolved and adapted so much that even after having lost his immortality, Ban could still stand similar conditions completely unharmed; this is shown when he suffers no injuries from the Demon King’s energy storm, which could wipe out any living thing according to Gowther, even calling it a gentle breeze compared to Purgatory. The limits of Ban’s physical resilience are further demonstrated when he was able to withstand several blows from the Demon King with only minor injuries.

His physical strength and speed also increased dramatically from the many centuries adapting, living, hunting and fighting the Demon King in Purgatory. Ban’s combat abilities had increased to the point that he was able to compete in physical combat, without using Snatch, against the Demon King in Meliodas’ body, who had just overwhelmed the Sins and two of the strongest Archangels effortlessly.

And, they also tell us a bit more about “Snatch” by saying:

Snatch: An ability that allows Ban to “rob” physical objects, thus grabbing them, and also the physical abilities of others, weakening them while gaining more strength and speed. However, there is a limit to how strength Ban can rob from a person, in order to not damage himself with overwhelming power. Using a form of Snatch, Ban is also able to steal body parts from his opponents such as a heart or an arm in the blink of an eye.

Which is not something we’ll actually be utilizing for the workout itself, but still cool nonetheless.

But as far as his actual powers and abilities, it does give us another section to work with.

Originally we were only training for a slim and lean physique, but Ban is incredible powerful both in his speed and strength, so we’ll have to step it up a notch if we want to replicate that.

We’ll focus mainly on his shredded six pack abs, toned and lean physique, and overall slim appearance – but I’ll also be increasing the difficulty from Beginner-Intermediate range to simply calling this one Intermediate.

We’re still sticking to calisthenics training for this one, but we’re going to step up the intensity and scale up on specific movements to really get our muscle fatigue and strength building while also shredding fat.  We’ll use High Intensity Interval Training Two Days a Week for speed training and fat burn, and then Three Days a Week devoted to strength and calisthenics.

Break for 1-2 Minutes between rounds.

Break for 1-2 Minutes between rounds.

(20 Seconds On, 10 Seconds Off, Cycling Through Movements) 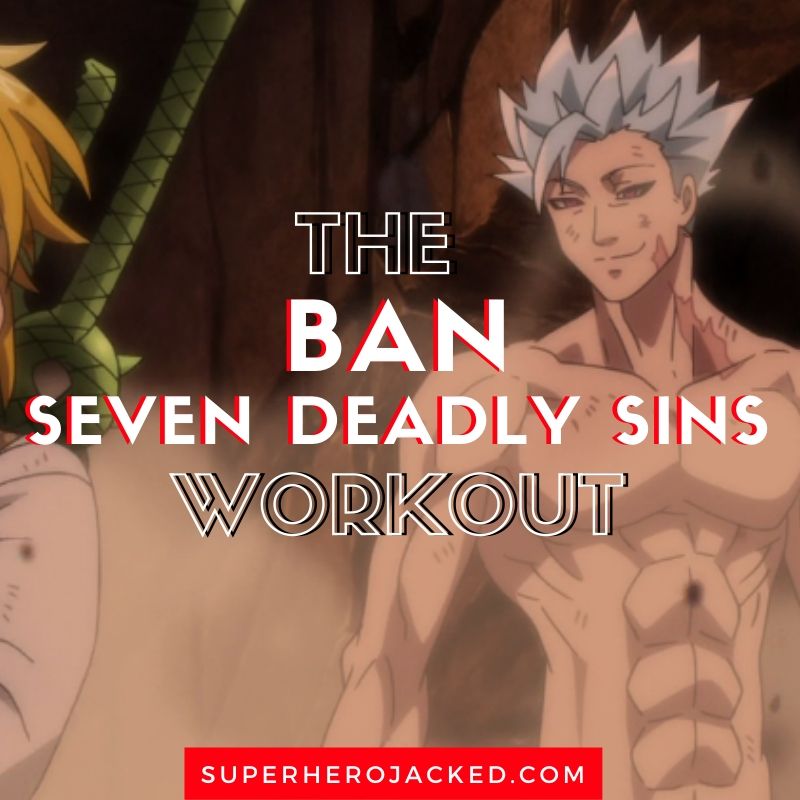 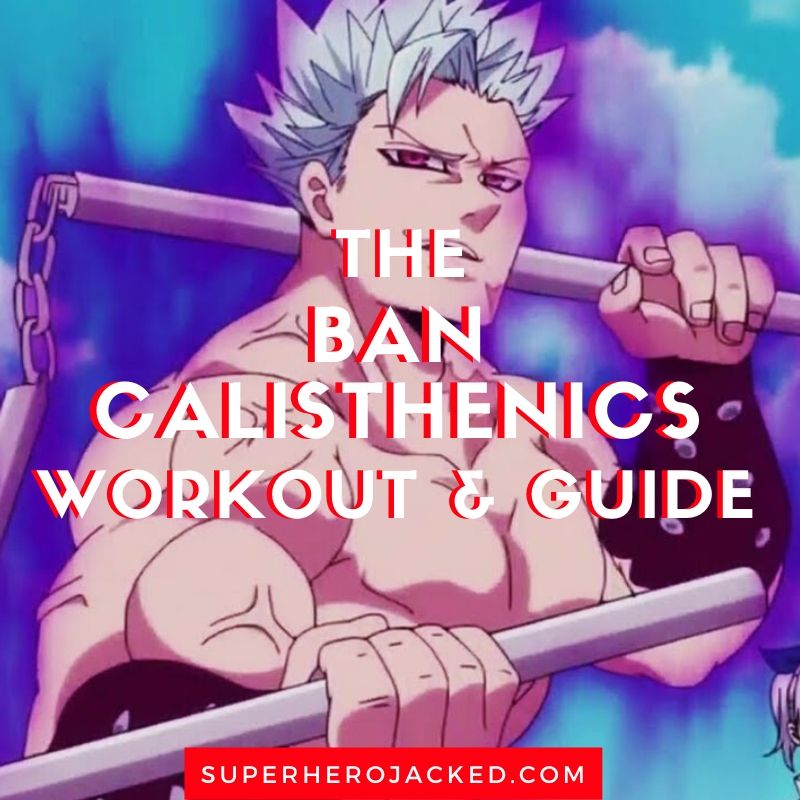