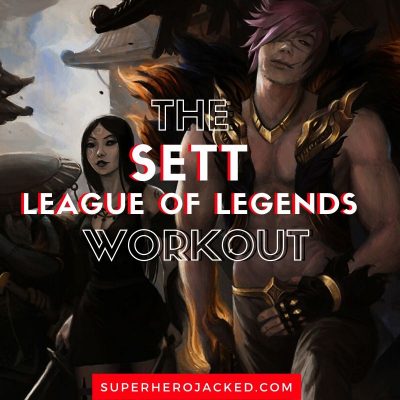 Tracer from Overwatch was our first Blizzard character, but now it’s time for Riot.

Sett’s workout won’t be our first video game character to make an appearance, but he will be our first League of Legends character.

Assuming you guys like it, there’s plenty more, as well.

Like: Draven, Garen, Graves, Udyr, Rakan, and tons of others!

Along with Sett we’ll be starting with Ahri for the ladies, but I definitely want to bring in Akali, Jinx, Lux, Diana, and others!

We actually saw Tracer in our Cosplay Workout Category, but I’ll be jumping in and out of that and our regular Character Workout Routines Category to scale the difficulty of the workouts accordingly (and decide when and when not to base it around physique and/or powers and abilities).

Height: NA (Although fans say he is upwards of 8+ feet)

Sett is a half-beast and fans think he is absolutely ginormous.

There’s no “official height” that I could find (leave a comment if you can), as most lists of LoL Champions I found don’t include him yet. 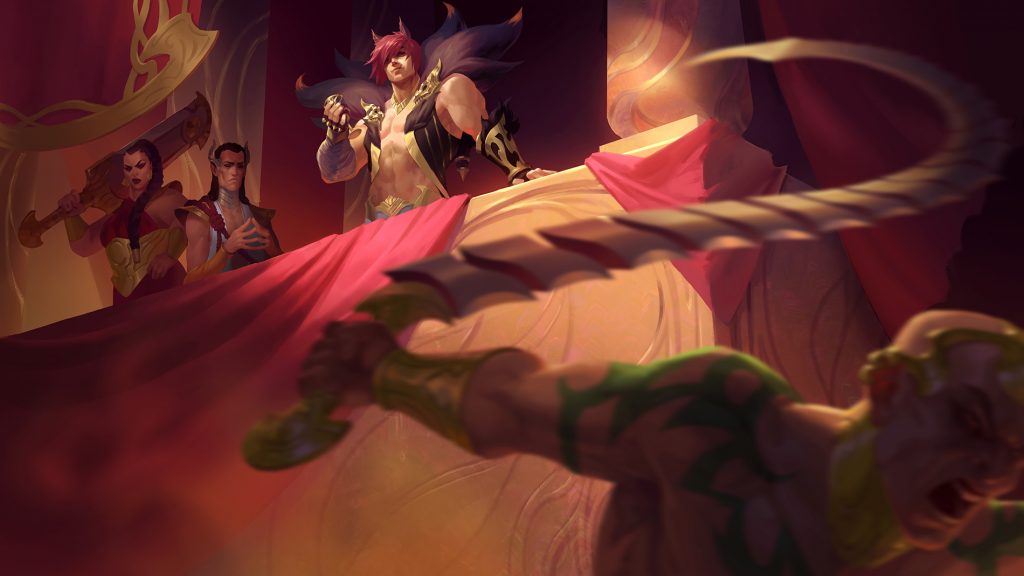 The League of Legends Wiki Fandom is a pretty cool place.

They have a spot for the in-game stats and then slides for lore and other awesomeness.

So, to start, I want to share a brief bio of Sett’s lore and background so that we know what we’re working with here from Sett’s specific Wiki Fandom):

A leader of Ionia’s growing criminal underworld, Sett rose to prominence in the wake of the war with Noxus. Though he began as a humble challenger in the fighting pits of Navori, he quickly gained notoriety for his savage strength, and his ability to take seemingly endless amounts of punishment. After fighting his way through the ranks of local combatants, Sett muscled to the top, seizing control of the pits he once fought in.

His bio continues on a bit, and there’s even more into a short story, but an interesting snippet from the bio is:

From the moment he threw his first punch, “The Beast-Boy Bastard” was a pit-fighting sensation. Though Sett had no formal martial arts training, his primal strength and ferocity more than compensated, and he leveled his more technically sound opponents like a battering ram. Never abandoning hope that he might one day fight his father, he soon became the undisputed “King of the Pit”, with a swollen coffer of prize money—and a trail of broken opponents—to his name.

Night after night, Sett brought money and comforts to his mother, always lying about how he had acquired them. It warmed his calloused heart to see her so proud of his success, no longer forced to toil at menial jobs. Still, Sett couldn’t help but feel he could do better. Being the King of the Pit was good, but being the person who owned the pit… that was where the real money was.

The biggest take away there is:

Though Sett had no formal martial arts training, his primal strength and ferocity more than compensated, and he leveled his more technically sound opponents like a battering ram.

Which means we’re going to need to focus on the strength of a beast for this one, while still keeping the stamina of a fighter.

We’re going to also base this one around the fact that Sett is shredded, with six pack abs and toned muscles.

So this one isn’t just going to be “eat a lot and get big and strong”; this is also about staying lean and shredded WHILE being strong.

While a lot of that will come from our nutrition, we’re going to be combining endurance work and fat burning intensity levels with our strength programming.

As I mentioned above we’re going to be combining a few different goals here.  We want to focus in on fat loss in order to get (or stay) shredded like Sett, but we also want to get extremely strong, while having the endurance of a fighter.  We’ve seen Mike Tyson use almost entirely calisthenics work to get JACKED, and we all know his legend as a fighter; so we’re going to still to high volume calisthenics mixed with some extra strength, core, and endurance work.

30 Minutes of “On and Off” Sprints

For your endurance work you have two different options:

30 Minutes of “On and Off” Sprints 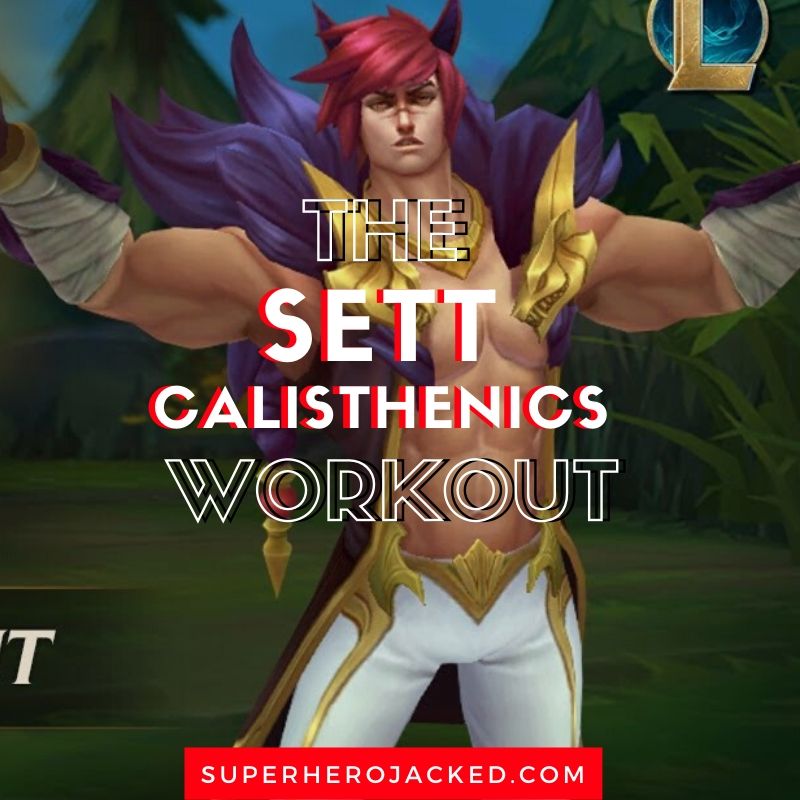 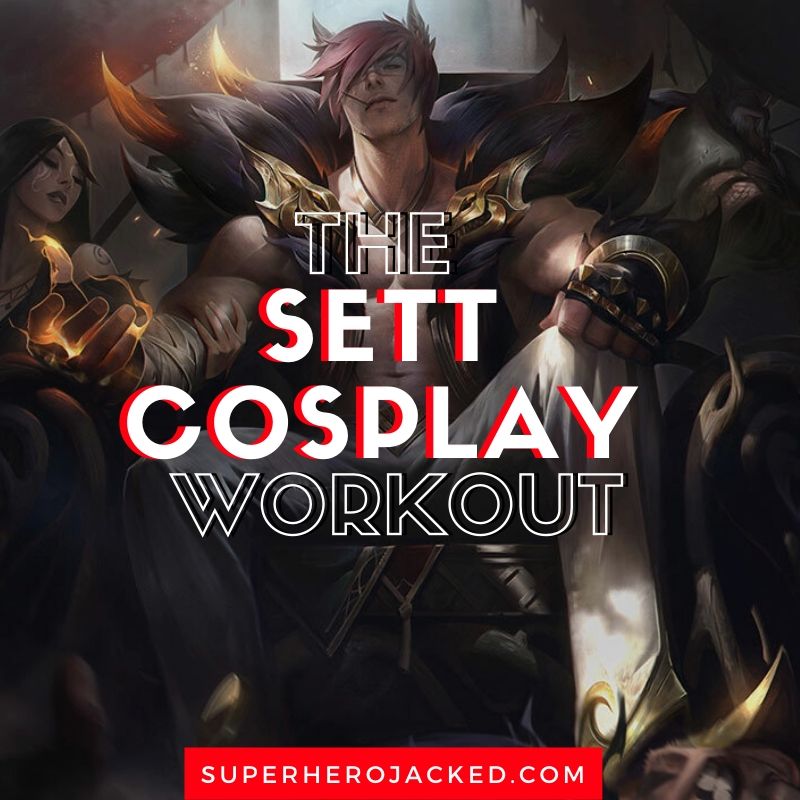